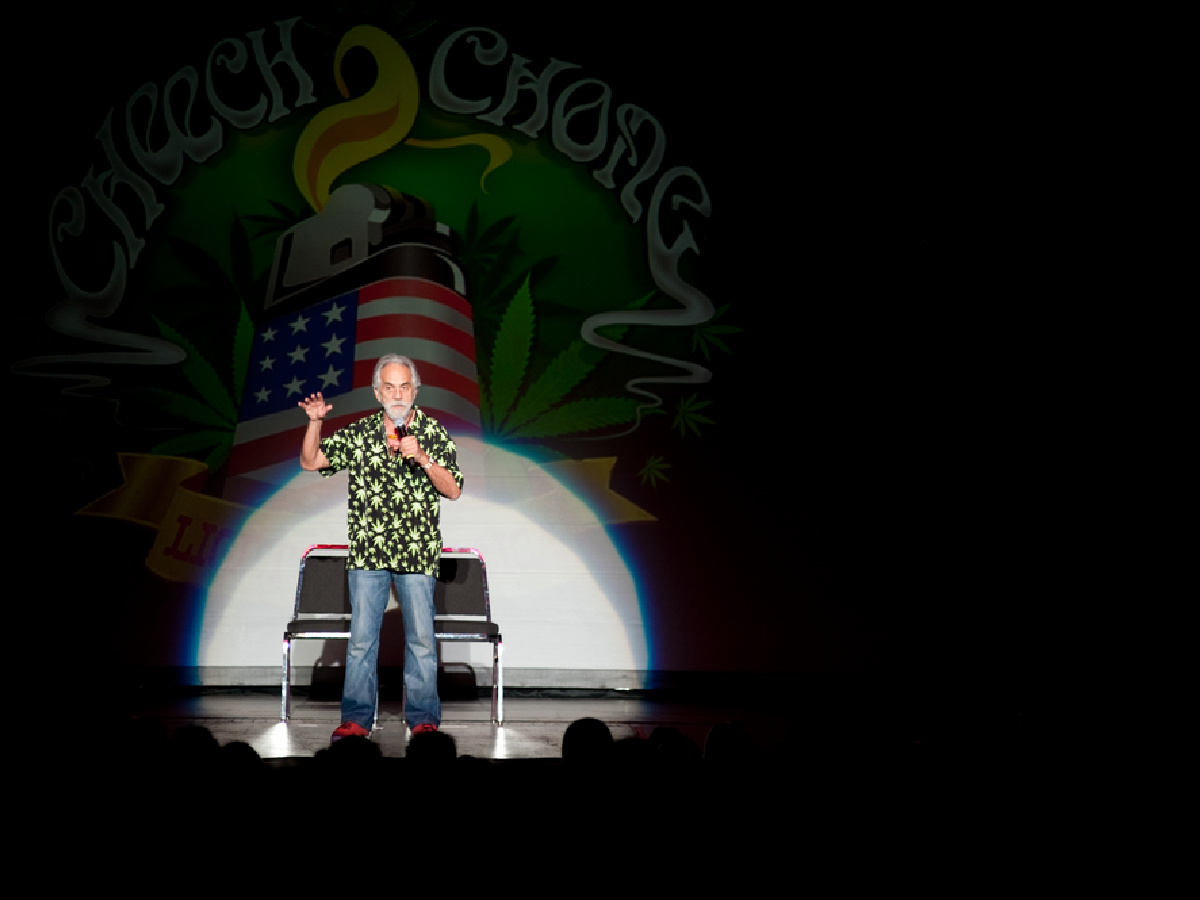 Chong’s crazy role as a yak is in the Disney movie Zootopia.

The movie is full of fun, cute animal characters, with a fast-moving and intelligent plot, and absolutely crazy animation and 3-D effects.

And this article isn’t a spoiler!

Chong stars as a voice actor playing a character called Yax the Yak.

In case you don’t know what a yak is, it’s like a cross between a cow, mountain goat, and camel.

Yaks are native to the Himalayas and the region near them, which also happens to be region cannabis originated in.

I didn’t know ahead of time Tommy Chong was in the movie, but when I saw Yax the Yak, I immediately thought of Tommy Chong.

Yax the Yak looks like Tommy Chong, no doubt.

In the movie’s fanciful animals-only city of Zootopia, Yax is a meditator, hippie, nudist, and wise guru who owns a refuge called Mystic Springs Oasis.

Yax’s decision not to wear clothing is in keeping with his hippie lifestyle.

In fact, Chong’s Yax is a naturalist activist who says animals should wear their natural skin or fur, rather than wearing clothing.

Yax loves to meditate, but Zootopia pokes fun at hippie stereotypes by showing him as an unwashed, long-haired, smelly freak… surrounded by buzzing flies.

What’s funny and ironic is his advice is essential for the success of the movie’s female hero, who happens to be a police officer.

Zootopia has been portrayed by critics as a “metaphor movie” that uses animal diversity as a symbol of why humans should be more accepting of each other’s differences.

I see the movie not as a metaphor, but as a celebration of biodiversity and the special characteristics and skills possessed by non-human animal species.

I was glad I vaped some psychedelic Sativa marijuana in the movie theater bathroom just before the movie started.

The beautifully-conceptualized animals of Zootopia and the non-stop action and setting are presented as eye-candy that goes very well with the marijuana high.

Another thing is that Zootopia is a totally family-friendly movie.

If you don’t have kids, that’s fine, the movie is intelligent enough for people of all ages.

But when I saw it, I heard the happy laughter of children enchanted by the movie’s vibrant energy and vivid animation.

Another thing I love about the movie is the dance-heavy soundtrack, featuring an exciting song by Shakira, who also stars in the movie as a voice actor.

There’s a scene in this movie that reminds me of the finale of the Seth Rogen marijuana apocalypse movie, This is the End.

This movie is hallucinogenic eye-candy for a marijuana audience, and has powerful, thought-provoking themes and messages.

Peter Travers from Rolling Stone called Zootopia “subversive,” and it certainly is.

It portrays animals in all their glory, educates us about animals, and is wildly entertaining.

Read this insightful article that tells about all the work and art that went into making this beautifully-animated film that will make you laugh and smile long after you leave the theater.

Ingest some of your favorite marijuana, and go see Zootopia in 3-D before it leaves your local theater.