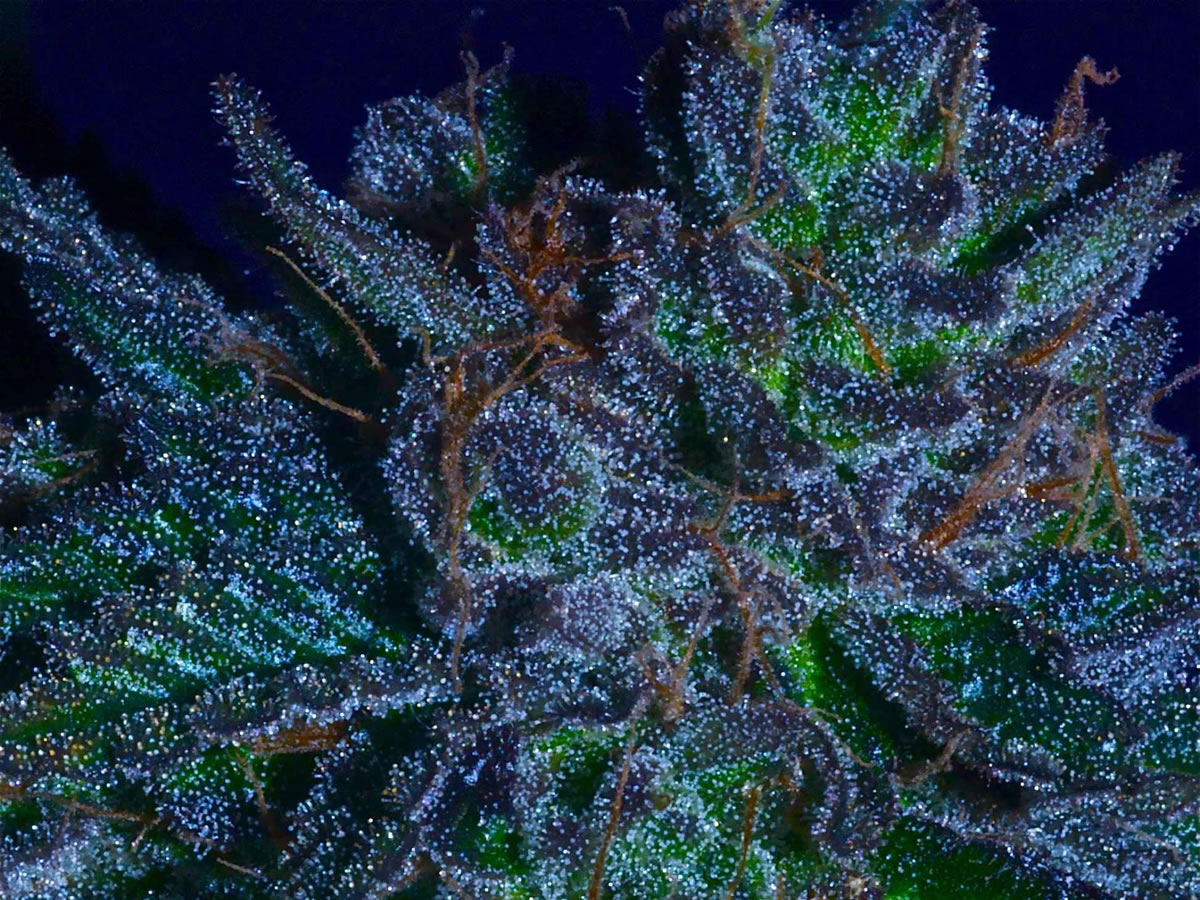 Most of us who grow marijuana focus on one of the plant’s many exclusive compounds—THC—to get the high and potency we want.

But medical marijuana growers and users have recently started focusing on other cannabinoids, such as cannabidiol (CBD) and cannabinol (CBN).

These two cannabinoids won’t get you high, but they influence the effects of THC and also have medicinal effects.

Scientists have discovered that other marijuana compounds known as terpenes or terpenoids also have medicinal effects and influence the effects of THC.

Terpenes and terpenoids also account for the vast array of marijuana tastes and aromas we all love.

Eighty of those are uniquely produced by cannabis.

No other plant creates them.

Many of these compounds get you high and/or produce medical benefits because they fit into your body’s very own “endocannabinoid” receptor sites, kind of like a key fits into a lock.

CBN and CBD and other lesser-known cannabinoids such as cannabichromene (CBC), and cannabigerol (CBG). Compared to THC, these cannabinoids have no significant stoner effects, but they influence your high.

Those weird little “pyramids” are the chemist’s symbol for “delta.” Not the airline. Such as “delta-9” THC.

The drug war stifled full research into the many compounds marijuana plants create, but now that the war is slowing down a little bit due to marijuana legalization in Colorado and Washington, more scientists, doctors, and marijuana industry people are digging deeper into the miracles marijuana uniquely provides.

That’s why we’re seeing marijuana breeders and processors working on medical marijuana strains and products that are higher than average in CBD, terpenes and terpenoids.

Unlike THC, CBD is not going to put you into a stoney mood, but it works as an anti-inflammatory, anticonvulsant, antioxidant, antiemetic, anxiolytic, and antipsychotic.

Because marijuana exclusively makes compounds with such a wide range of psychoactive and medical effects, marijuana’s health-enhancing benefits are impressive.

What’s more, marijuana is safer than the pharmaceuticals it competes with. Here’s just a partial list of marijuana health benefits:

What changes the game for marijuana growers and users is that cannabinoids like THC, CBD, and CBN aren’t the only useful compounds in marijuana. Terpenes and terpenoids are pharmacologically active and are said to modify or enhance the physiological effects of cannabinoids.

Scientists have identified 58 monoterpenoids and 38 sesquiterpenoids, and each of these could have specific medicinal effects while also influencing how you experience cannabinoid effects.

For marijuana growers, one practical implication of marijuana having a unique set of compounds is that it disproves the oft-repeated myth that marijuana is “just like any other plant” and can be optimally grown using soil, or hydroponics nutrients that aren’t made specifically for marijuana.

The actual fact is that marijuana is unlike any other plant. So only when you use a growing environment and inputs specifically targeted to stimulate the plant’s metabolic pathways that manufacture cannabinoids, terpenes, and terpenoids do you get real control and maximization of marijuana’s potential.

According to Michael Straumietis, co-founder of the Advanced Nutrients hydroponics company, marijuana’s uniqueness means that the most powerful and productive way to grow marijuana is by using grow room environment, cultivation techniques, and nutrition designed specifically for marijuana.

You select cannabis genetics known to have the effects you want, and then you enhance them using marijuana-specific nutrients and growing supplies.

His company has been on a long crusade of scientific research to create hydroponics nutrients, HID bulbs, and other marijuana growing supplies that specifically cater to marijuana’s uniqueness, he says…spending “$287,000” last year alone on scientists tasked with creating hydroponics products that boost marijuana cannabinoid, terpene, and terpenoid productivity.

“Sure, you can grow marijuana using General Hydroponics, Botanicare, Technaflora, or Home Depot tomato fertilizers,” he says. “But when you use their products, you lose the full potency your marijuana genetics can give you.”

Straumietis notes his company is the only hydroponics company that designs and tests its products to benefit marijuana growers.

“The more we learn about marijuana, the more we realize it’s the most important plant on earth,” Straumieitis says. “Advanced Nutrients is the only hydroponics company that works for marijuana plants and marijuana growers. And that makes a big difference for you at harvest time, and in the way your marijuana helps you and makes you feel.”