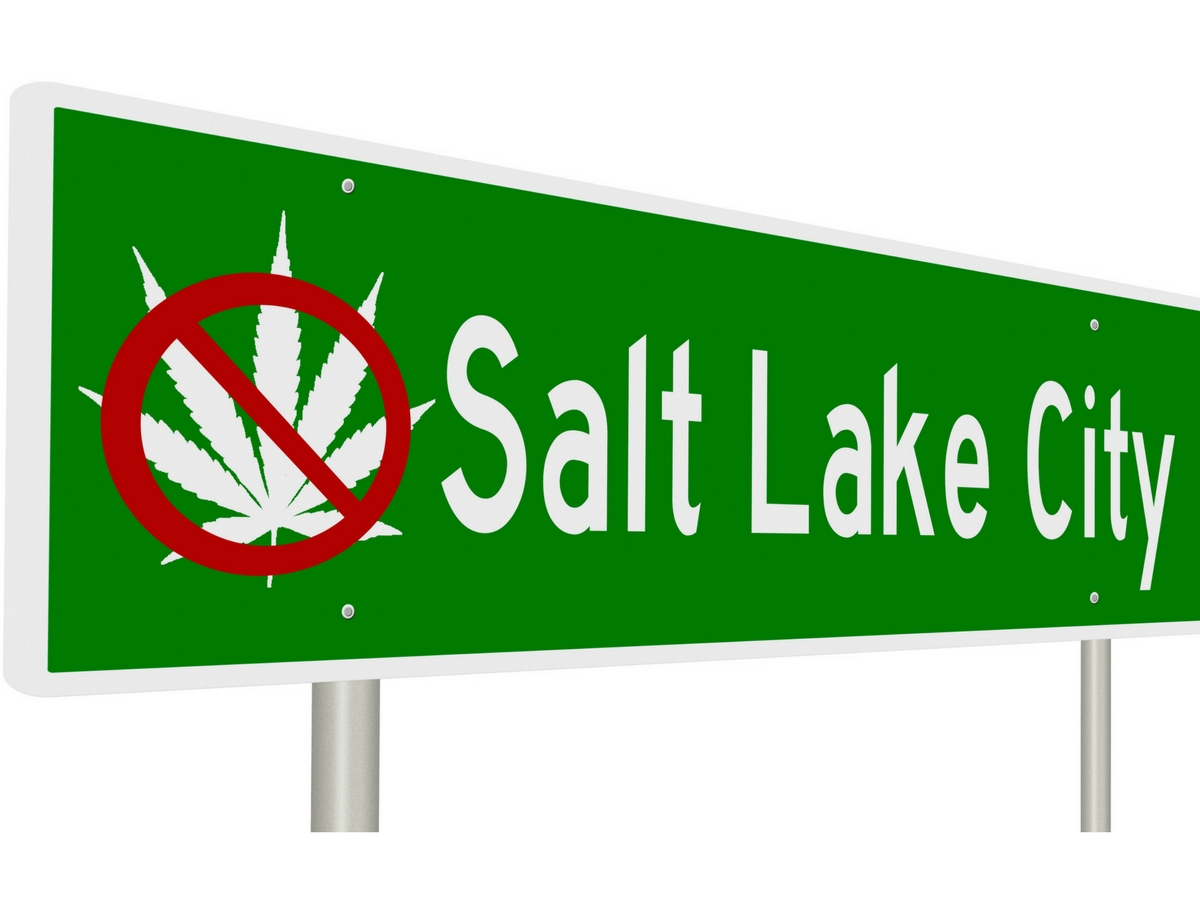 Utah Republican Rep. Brad Daw had all but admitted he screwed up, telling The Salt Lake Tribune, “One bill was dependent on the other.”

The bills he was talking about? House Bill 195, also known as the Medical Cannabis Policy, and House Bill 197, titled Cannabis Cultivation Amendments.

The House sponsor of these two cannabis bills, Daw has conceded that both HB195 and HB197 are restrictive and perhaps should have been filed together, but nevertheless was the right move to make amid Attorney General Jeff Sessions’ renewed war on weed. “Maybe it was the wrong policy, maybe it was the wrong decision,” Daw conceded after the initial vote.

So, what exactly happened on the House floor in Utah?

Representative Daw introduced two bills during the 2018 legislative session in early February. The first, HB195, dubbed Utah’s “Right to Try,” would allow terminally ill patients the opportunity to try cannabis once they had been given fewer than six months to live by medical professionals, as a sort of last resort to ease their suffering. The second bill, HB197, addressed the manufacture and production of cannabis in Utah and was written as a companion piece to HB195.

The initial vote on HB195 passed with a 40–26 vote. However, HB197 failed, with a slim margin of 34–36 votes. This essentially meant that while terminal patients could now feasibly try cannabis, with no program in the state to allow for legal growing and manufacturing, the Right to Try was doomed to fail before it even began.

After that vote in early February, upon reconsideration, HB197 passed the House vote with 38 state representatives in favor, after several legislators softened their anti-grow stance between sessions. The bill has since been forwarded to the Utah Senate, which is now awaiting a final vote.

These bills were presented ahead of a ballot initiative allowing voters a chance to express their support for medicinal cannabis throughout Utah. It is obvious, however, that many legislators (most notable among them House Senate President Wayne Niederhauser) plan to advocate against the ballot initiative out of apparent concern for public safety.

Many Utahns in favor of legalization feel the proposed laws are a joke and completely lacking for a number of reasons, including the rules that determine when someone has only six months to live. What happens if a patient miraculously lives beyond that point? And what about patients who have a longer life expectancy but continue to suffer needlessly with chronic pain?

Understandably, patients throughout the state of Utah are righteously outraged, as evidenced by Brandi Astle’s recent op-ed in The Salt Lake Tribune, in which she laments:

Where is our compassion? Why do people who run this state actually believe they are above the people by not allowing patients to try natural medicine? Is there no compassion? How can our lawmakers sit there knowing how deeply people are struggling and not allow them to be able to try a plant to see if it helps them?

Several organizations throughout Utah continue to advocate for cannabis, including Veterans for Medical Cannabis and TRUCE (an acronym for Together for Responsible Use and Cannabis Education), plus the Utah Cannabis Coalition and UtahCARE (Cannabis Awareness, Respect & Education), two groups working for whole-plant reform.

Cannabis Legislation Backed By Utahns, But Not Politicians

While a poll last year from the University of Utah’s Hinckley Institute of Politics suggested that 75 percent of voters supported the legalization of medical marijuana, there has long been a division among Utah advocates of cannabis reform in the state. For years the whole-plant proponents were considered too radical for the Mormon stronghold. Fortunately, as evidence of the health benefits of the plant and practically of hemp for industrial uses is becoming more widely accepted, the attitude of Utahns is softening and changing.

Some conservative lawmakers in the state have expressed concerns that allowing expansion beyond anything more than the current CBD-only law (which is for one condition only — intractable seizures) will automatically encourage recreational use of marijuana.

“The medicinal use of marijuana certainly increases the recreational use of marijuana as well,” Republican Rep. Merrill Nelson told The Salt Lake Tribune. “We’re violating federal law. Whether we like it or not, this is an area of law preempted by the federal government.”

Representative Nelson, who’s served as a bishop in the Church of Jesus Christ of Latter-Day Saints, also serves on the Infrastructure and General Government Appropriations Subcommittee, House Government Operations Committee, and House Public Utilities, Energy, and Technology Committee. With that in mind, any reasonable Utah voter might believe Nelson would be interested in the potential revenue streams from recreational and medicinal marijuana in his state. A reasonable Utah voter might also care to email Representative Nelson at mnelson@le.utah.gov, or give him a call at 801-971-2172. A reasonable Utah voter might even send him a message on his Facebook page, at https://www.facebook.com/utahrepmerrillnelson/.

Conservative, church-minded representatives for the Beehive State don’t seem to want to acknowledge that cannabis has long been enjoyed safely and recreationally, albeit secretly, by residents of Utah. Legislators also appear to be resistant to the lure of cannabis-friendly tourism and commerce, which could essentially erase the state’s entire debt of $21 billion.

And that resistance to a state-run cannabis industry comes down to who really runs the state.

Approximately 90 percent of the legislature and Senate is made up of members and leaders of the Church of Jesus Christ of Latter-Day Saints. Utah is essentially a theocracy, therefore the laws that are sponsored, approved and enforced are related to the teachings and beliefs of the Mormon Church — like the resolution that was unanimously passed February 15, honoring late LDS Church President Thomas S. Monson.

In 2017, the LDS Church released a statement, in which it said, “The difficulties of attempting to legalize a drug at the state level that is illegal under federal law cannot be overstated.”

The statement continued, “Accordingly, we believe that society is best served by requiring marijuana to go through further research and the FDA approval process that all other drugs [must] go through before they are prescribed to patients.”

The only other bill related to cannabis introduced for consideration this term in Utah is House Bill 130, Cannabinoid Research, co-sponsored by Rep. Daw and Republican Senator Evan Vickers. This bill essentially defines licensing and product manufacturing agreements with the Department of Agriculture and Food.

I have learned after 10 years of actively advocating for whole-plant cannabis reform that sometimes certain representatives require different methods of communication. For example, Representative Todd Weiler (R) blocked yours truly on Twitter years ago and refuses to answer any emails, essentially blocking a constituent. I am sure Senator Weiler would love to hear your opinions regarding cannabis reform in Utah. After all, he represents voters in both Salt Lake and Davis counties (Utah’s most populated county) and he works for the voters, not himself or his church. His Twitter handle is @gopTODD, his official state of Utah email is tweiler@le.utah.gov.

Any reasonable cannabis supporter in the USA needs to be a registered voter (click here to register) and exercise every right they are entitled to as a citizen. After all, voting Reefer Madness politicians out of office is the only way to ensure true, lasting and meaningful change. Registration is even available online (Utah voters, click here to register), so there is absolutely no excuse. You can’t complain if you don’t vote.

At War With The Landlord? Here’s How Growers Who Rent Can Come Out On Top
The Great Outdoors: Here’s How To Get The Most Out Of Your Outdoor Cannabis Grow Season