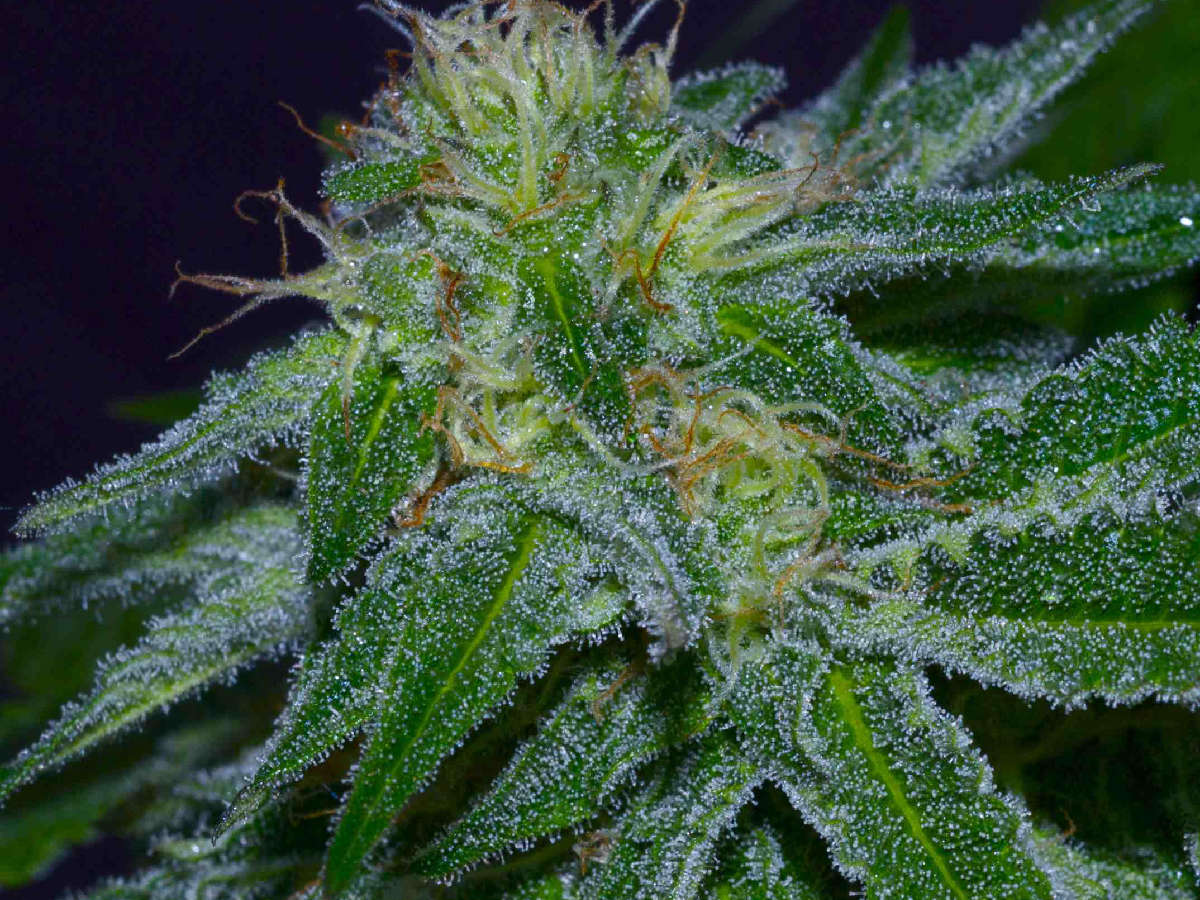 Kush marijuana is probably the most popular category of marijuana in North America. It’s all the rage and some of my marijuana grower colleagues say they grow Kush because it’s the only kind of marijuana people want to buy!

Seems like almost everybody I know is growing or smoking Kush.

Last time I counted, there were 17 individual Kush strains.

What I mean by “counted” is I went to the best Colorado retail marijuana shops and bought nugs of 21 strains that were labeled as Kush marijuana.

I looked at those nugs with a microscope, and analyzed their smell and appearance. Then I took a couple of weeks to inhale them one at a time.

Five of them lacked that characteristic Kush taste and smell. The buds were too airy and had the wrong colors.

They were labeled as Kush, but they weren’t Kush.

It’s hard to describe the Kush taste and smell, but in my opinion, Kush isn’t bud you smoke for the taste or smell, because it doesn’t have much of either.

Instead, you smoke Kush because it has a very powerful, predictable high that affects body and mind in ways that leads towards relaxation.

The typical Kush high puts a goofy smile on your face, makes it hard to think, and makes your body feel pain-free and relaxed.

Even though the advertising for some Kush strains claims you’ll taste or smell lemon or other fruit flavors, most every authentic Kush I’ve ever smoked has had a “harsh,” peppery, skunky flavor that leaves a “burned” sensation on my tongue.

If you’re a marijuana grower, you know right away if you’re growing Kush.

Floral and leaf development is nearly identical across the many varieties of authentic Kush that we grow.

You see very dense nugs stacking up on each other, along with dark-green leaves that sometimes look purple or black they’re so dark.

There aren’t as many leaves as with other types of marijuana buds—Kush buds are dense, tight, packed with resin glands.

Growing from seed, I germinated ten of each strain and got 15 females.

I changed my lighting to use a 50-50 ratio of Hortilux Super HPS and Hortilux Blue metal halide during bloom phase.

Drought stress is achieved by withholding watering during bloom phase until you see the beginning of wilting in the lower leaves.

You do this 2-3 times during peak bloom phase. It forces your plants to make more resins.

According to the seed breeder, TGA Genetics, these two Kush varieties are supposed to take 55-65 days in bloom phase.

Resin production was off the charts, with the inner buds and outer leaves coated in thick blankets of resin glands after only a couple of weeks in bloom phase.

The gland heads were clear and fat until about day 41 of bloom phase, when some started getting cloudy.

It was slightly early, but because I know Kush marijuana has a very heavy high, I was harvesting early in hopes of getting a more-stimulating high.

As I chopped the plants and did preliminary trim on the buds as they hung to dry, I noticed my trimming shears gumming up faster than usual.

If a bud or leaf fell, when I picked it up, it was so sticky with resins that I had trouble getting the bud or leaf off my fingers!

When I tried to wash the resins off with soap and hot water, they stayed. I had to use lots of alcohol to clean my shears and hands.

I was impressed by getting about 2.1 pounds of dry weight per 1000-watt light from these two Kush marijuana strains.

The first time I sampled the Jesus OG Kush and the Marionberry Kush marijuana, I only had a couple of hits each.

The high came on fast and hit hard. I got a goofy smile on my face and felt suddenly happy, but when I stood up and tried to walk, I was dizzy and my body felt like somebody had poured lead into my veins.

I passed out and woke up still stoned the next morning.

I discovered the high was overwhelming. So strong it wasn’t really pleasurable or functional. It was like I’d taken a Quaalude.

Based on this and my other experiences with Kush, I realized I was too much of a wimp to use Kush marijuana.

It seems to weigh me down. I like to be active when I get high, doing things like marijuana photography, writing my marijuana articles, or exercising.

The classic Kush marijuana heaviness doesn’t fit with my lifestyle.

Fortunately, several of my friends crave Kush cannabis, so those buds didn’t go to waste.

They told me these are the strongest Kush strains they’ve ever smoked.

For now, I’ve given up Kush marijuana, and will go back to growing the Sativa-dominant hybrids I prefer.

I’m just not strong enough to handle Kush marijuana. It knocks me out!