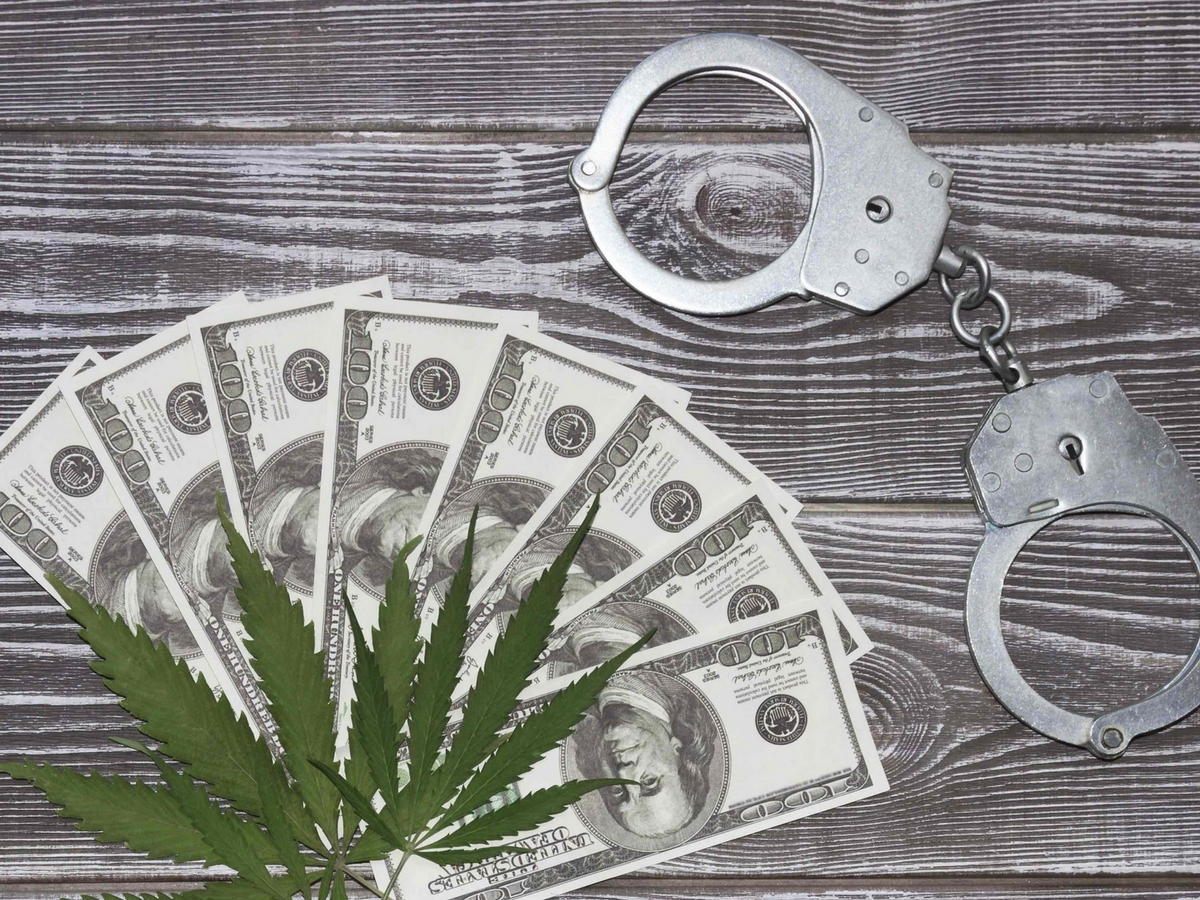 The signs are everywhere, sometimes literally: billboards for dispensaries; baby boomers buying designer vape pens; edibles with packaging so glossy and mass-produced, it could almost be sold at Target.

In the past 10 years, cannabis has enjoyed a major surge in social and political acceptance across the United States. A Harvard University-Harris poll released in July 2017, and published in The Hill, found that 49 percent of Americans believe that marijuana should be legal for both medicinal and personal use, and marijuana is now legal for recreational use in eight states plus the District of Columbia.

Despite these relaxed laws and attitudes, recent data released by the FBI shows that arrests for marijuana are on the rise, having gone up 5.6 percent from 2015 to 2016. How is it possible that as the nation broadens its support for the plant, its residents are increasingly criminalized for possessing or growing? The answer may be rooted in who is getting arrested for drug-related offenses, and why.

Who In America Is Getting Arrested For Cannabis-Related Crimes?

Of the drug-related arrests that were reported in 2016, 4.18 percent were for the crimes of sales and manufacturing. Perhaps counterintuitively, states with legal marijuana laws on the books actually experienced far greater numbers of arrests related to growing and distribution, with a staggering 75 percent of indoor plants seized nationwide in 2016 taken from California grow houses. This figure suggests that increased marijuana-related arrests are, in part, a targeted reaction to legalized marijuana.

This view is certainly corroborated by comments like the one made recently to High Times by an FBI agent (who spoke on the condition of anonymity), that “you may have increased enforcement in places where there is political resistance to legalization.”

At 37.36 percent, more than one-third of drug-related arrests in 2016 were for simple marijuana possession. This represents an increase from 2015 figures, a fact that may bely increasing racial disparity in the enforcement of anti-marijuana laws. The nation’s black population has long faced punishment for low-level marijuana misdemeanors at much higher rates than their white counterparts. Although black people and white people in America use marijuana at roughly the same rates, black people here are 3.73 times as likely to be arrested for marijuana-related crimes as white people.

Minorities who live in poor neighborhoods may be even more unfairly targeted as the recipient of drug arrests. A number of figures published by the American Civil Liberties Union suggest that African-Americans are often taken into custody for marijuana offences at higher rates due to questionable policing tactics. In many cities nationwide, field officers are more likely to station themselves and subsequently seek out perpetrators in low-income, high-crime neighborhoods. The more arrests that are made, the more a particular neighborhood is designated as an area in need of increased police presence. Thus a cycle is created in which inner-city minority marijuana users are targeted.

Low-income cannabis users may also be at higher risk of facing marijuana charges due to logistical issues. While affluent users are more likely to have living situations in which they can comfortably consume indoors — a stipulation that is generally in place even in states where recreational use is legal — it’s common for poor cannabis consumers to have to smoke outdoors or in public, where they are more vulnerable to police scrutiny.

What Part Does The Trump Administration Play In Cannabis Arrests?

While the 2017 figures for cannabis-related arrest rates have yet to be released, actions taken by the Trump administration suggest that these arrests, subsequent incarcerations, and unfair treatment of minorities in general are continuing to trend upward.

Indeed, in April of 2017, Attorney General Jeff Sessions rolled back agreements put in place between the Obama administration and several police departments across the country that had been called out for problems with racial inequity. These agreements would have helped ensure that problematic police departments take necessary steps to enforce the law more fairly. Sessions’ rollback was seen by many civil rights activists, including members of the Black Lives Matter movement, as an increased threat to the safety of black citizens. Sessions has also been vocal about his intentions to further criminalize marijuana and use federal resources to fight even medical marijuana use.

The Trump administration has also quite visibly ramped up its targeting of undocumented civilians living in the United States, a process that has often involved the arrest of immigrants for low-level crimes like marijuana possession.

In what has been seen as another undoing of Obama-era legislation, the Department of Homeland Security has ceased to focus on high-priority cases that involve crimes like terrorism and gang-related offenses. Rather, US Immigration and Customs Enforcement (ICE) agents had been instructed to focus on all undocumented immigrants, criminal past or not. Large numbers of marijuana-related arrests are often reported as part of the mass raids ICE agents have become known for conducting under instruct of the Trump administration. In September 2017, when ICE agents across the country made sweeping raids of so-called sanctuary cities, a large number of arrests were for nonviolent cannabis possession.

As with many issues in the current political climate, the legalization of marijuana on a federal level has proven polarizing. Just as social acceptance of the plant appears to be growing at unprecedented levels, there are entire regions and socioeconomic sectors of the country where the right to grow and possess cannabis continues to strain further out of reach.

The staggering and unacceptable racial bias that exists in the enforcement of marijuana laws is a major reason why cannabis advocates and activists must be diligent in their support of the removal of cannabis from the Controlled Substances Act.
“The aggressive policing of marijuana is time-consuming, costly, racially biased, and doesn’t work,” Ezekiel Edwards, director of the ACLU Criminal Law Reform Project, told CNN. “These arrests have a significant detrimental impact on people’s lives, as well as on the communities in which they live.”

While marijuana is still classed as a Schedule I substance and illegal at the federal level, the cannabis community does appear to be on the precipice of incredible growth. It is the responsibility of key cannabis influencers to help ensure that as the industry faces an unprecedented boon, equality prevails. Until the senseless and costly arrests of cannabis users and growers comes to an end, the industry cannot in truth say that it is prospering.