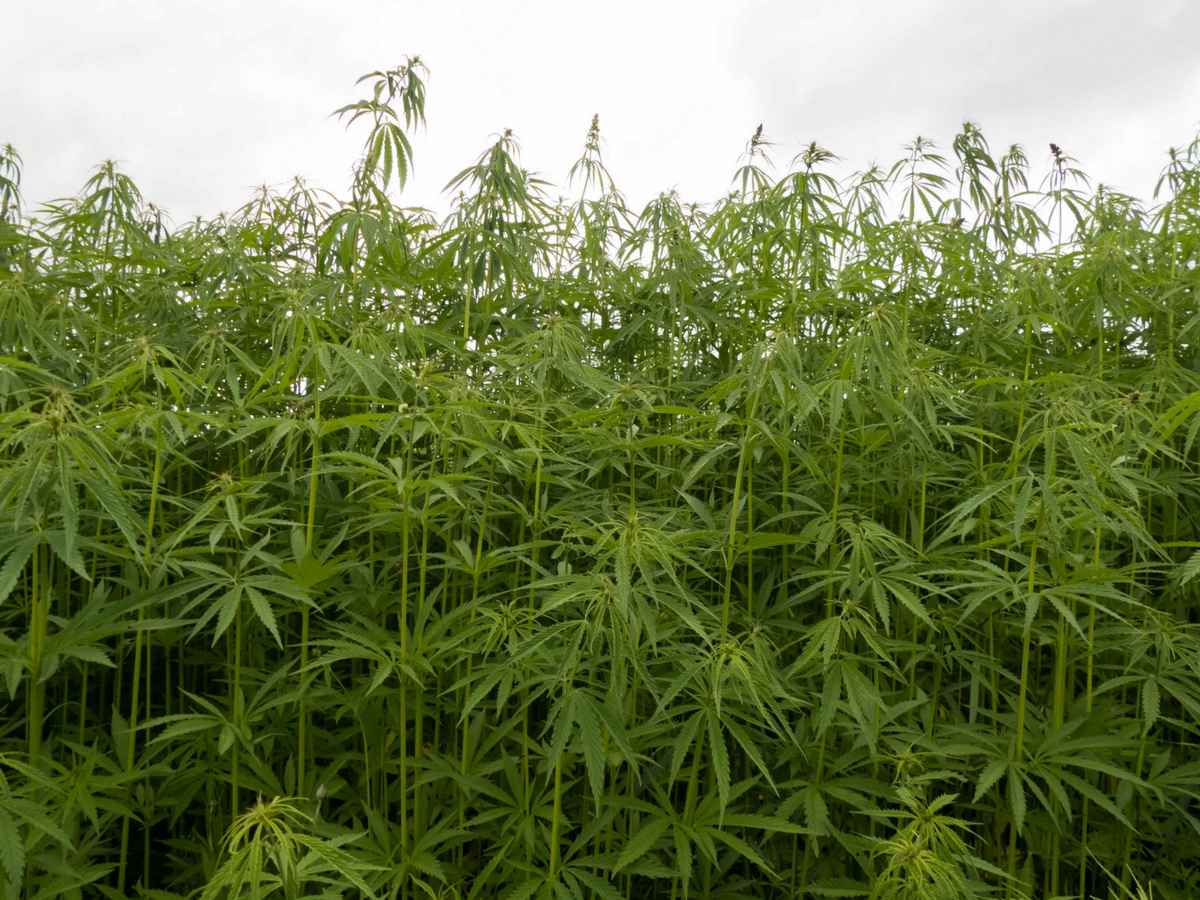 In this, the first decade of legal cannabis in America, we’re in the midst of lawmaking and regulations that are shaping the industry. The consequential effects of these new rules are of course having an impact on sales, especially for small-scale providers. And because these rules and regulations are not centralized, those legal US states with standalone cannabis economies are presented with unique, often unforeseen challenges that may not be even the hint of an issue across the border in another legal state.

While territories like California have massive quantities of cannabis moving through legal and illegal channels, they also have large cities with huge populations and millions of annual tourists to supplement cannabis sales. Much of the weed in any given state is expected to be sold within that state’s borders, but with some regions boasting dramatically smaller populations and far less domestic and international tourism, those smaller states may not be able to unload their excess cannabis as easily as the likes of the Golden State.

Oregon in particular has seen dozens of reports in 2018 about the dropping prices and rising quantities of marijuana that has skewed its first five years of recreational laws, driving many small-scale farms and laborers out of work. Indeed, the success of a cannabis production operation hinges on much more than simple supply and demand.

Oversupply Of Cannabis, Not Over Demand

Being that they are restricted to statewide sales only, cannabis producers are at a loss as they grow better, larger quantities of bud, but with nowhere for it to go. Brad Bogus, VP of growth and marketing at testing and tech company Confident Cannabis, headquartered in Northern California’s Silicon Valley, is keen to point out that a lack of strategic efficiency is one of the major barriers to big sales for Oregon farmers.

“There’s a small distinction to make here: Oregon has an oversupply problem, which doesn’t necessarily mean it has too much cannabis,” Bogus tells Big Buds. “There might be enough consumers in Oregon for the supply (although some argue there aren’t). The supply just isn’t getting sold, or isn’t getting sold in the right way at the right price.

“Most cultivators in Oregon aren’t commodity-based wholesale experts, or haven’t sold branded products to big retail companies,” Bogus continues. “Many are farmers, and they know how to run an amazing farm that produces some of the best cannabis in the US — and many are [growing] remote. If these producers were given better [technological] tools to sell their product, and if they could get that product into retail stores more efficiently, they’d be moving more supply for less money and time.”

The current condition of only being able to sell product within the state is a contentious topic that many monied cannabis investors want to push for an end to. As entire coasts become legalized, farmers are going to not only grow more cannabis than can be consumed locally, their unique products and strains may also be in demand outside of their locale.

Mason Walker, CEO of East Fork Cultivars, based near Oregon’s Cave Junction near the California border, sheds some light on this distinction: “It’s all relative,” he explains. “In Oregon’s case, the state objectively grew more cannabis in 2017 than it can consume in 2018. Since interstate sales are currently not allowed, this is a market problem that has caused depressed pricing and dynamic market conditions. Farms have been the hardest hit.”

The Cannabis Industry Will Be Driven By Innovation

Moving away for a moment from the issue of excess product, ramping up research and development is key to the survival and continued growth of a cannabis company post legalization.

Walker, looking to the future of cannabis, notes, “Two key areas of innovation will be product development and lowering costs of production. On the product side, new consumers are demanding easier ways to enjoy cannabis. There’s also a ‘normalization’ movement underway, moving cannabis further and further away from its combustion-first identity. I expect to see mainstream consumer products companies flock to cannabis to create new delivery methods. On the production side, there’s a massive movement to lower the cost of production, both through automation and the development of innovative new cultivation methods.”

Future trends and increased demand on what will someday likely be a global industry will render these challenges obsolete, but that doesn’t discount the fact that today’s cannabis offerings must stand out for quality and convenience in order to be a long-term contender.

When asked about combining this innovation with the topic of how to put oversupply of cannabis to good, productive use, Walker thinks infused cannabis beverages, or drinkables, could be the next big wave of cannabis consumption. “My personal prediction is that infused beverages will see the fastest segment growth of any cannabis product for the next several years, [because] drinking is a simple, social activity that’s familiar to just about everyone.”

Faced with conglomerate-level competition infiltrating the cannabis industry, new or small-scale businesses who choose to focus all efforts on direct-to-consumer sales present something of a myopic approach to the changing landscape of marijuana. Take it from these insiders, who advise cannabis producers to diversify their interests.

With innovators looking for new ways to surpass this speed bump of excess product, supplying smaller companies with required ancillary products and services could be the answer to how businesses stay afloat.

Walker opens up about one of East Fork Cultivars’ specialty items that keeps the company relevant and profitable.

“East Fork’s most innovative product is single-origin oil, a B2B product that we provide to infused products companies to power their CBD lines. We work with four extraction partners, using our material to concoct a range of oils that can meet any requirement of an edible, topical, tincture or beverage maker. From terpene-rich custom blends to single-strain micro batches, this approach has allowed us to form deep partnerships with some of Oregon’s premier makers that otherwise would work with bulk/commodity oil companies.”

On the scientific side of the industry, laboratory testing presents a reliable pillar that keeps the cannabis industry running efficiently and safely. Confident Cannabis services labs, farms and other cannabis-related businesses, aiding them in tracking test results and providing a wholesale platform populated by those results to help them buy and sell. Though Confident Cannabis doesn’t serve customers directly, its software provides essential infrastructure and knowledge that will eventually make it into the hands — and pipes — of consumers.

“As a science- and tech-driven company, we have listened to the problems of producers and buyers for the last three years, as we provided our lab software to most of the labs in Oregon,” says Bogus of Confident Cannabis. “As a result, we’ve created a software platform that will vastly improve the wholesale transactional flow for Oregon cannabis companies, allowing them to efficiently submit and request orders to one another, knowing what they’re getting ahead of time, because we require lab testing for all products on our platform, and all vendors must be METRC [Marijuana Enforcement Tracking Reporting Compliance] verified. We are bringing trust and transparency to the wholesale cannabis market, which we believe will have an appreciable effect on the Oregon supply problem.” 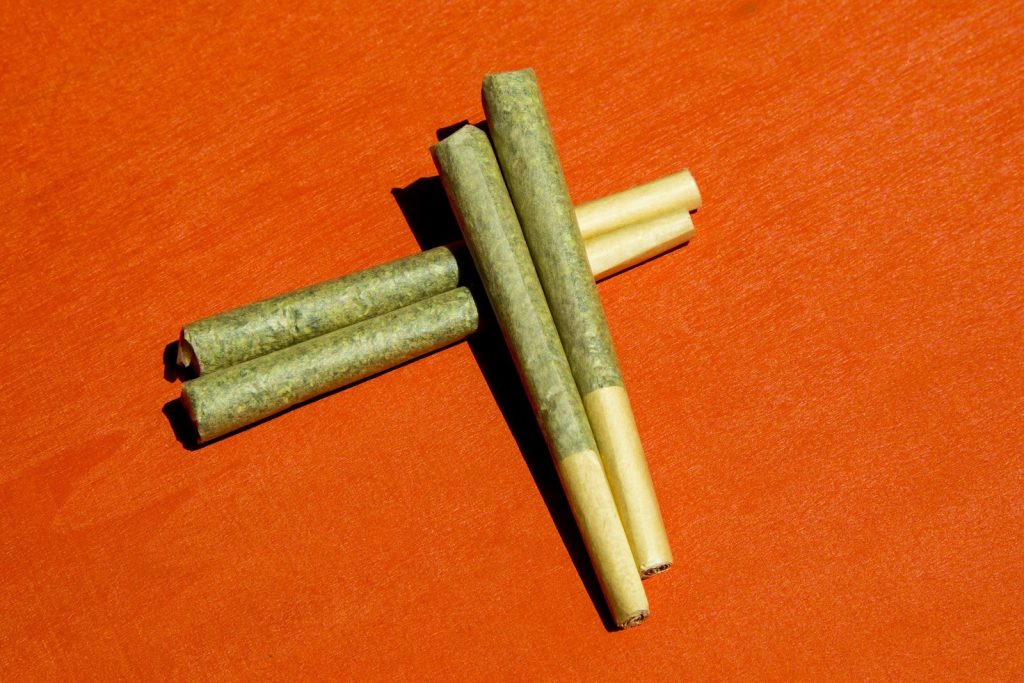 In abundant recreational states like Oregon, pre-rolls can retail for as low as $3 a pop. (Image courtesy of Maria Penaloza)

Beyond optimizing widely available, high-quality cannabis in all forms for recreational adult use, the initial breakthrough of medical marijuana could potentially bring the industry full circle, especially in the context of disadvantaged and marginalized patients. Supplying these patients with gifts of excess cannabis, including veterans and elderly Americans, feasibly represents a service that could surpass sales and head into the territory of increasing national health and wellbeing.

A charity investment of this type, low tech and compassionate, will likely evangelize cannabis more than any high-end marketing campaign ever has. Giving people in the US much-needed aid in the form of assisted cannabis access would also be a diversion from the wealth-driven boom that is primarily enjoyed by white-owned businesses. The benefits for society of gifting cannabis products to those in need are numerous; this should be a core mission, right alongside the profit rush.

With all this extra weed to play around with, we can’t wait to see what the restless creators and groundbreakers of the cannabis industry come up with next, especially in Oregon, that free-spirited, forward-thinking corner of the country.

Growing Medical Marijuana As A Treatment For Parkinson’s Disease
Want Your Cannabis Farm To Be Ecologically Beneficial? Try Regenerative Agriculture