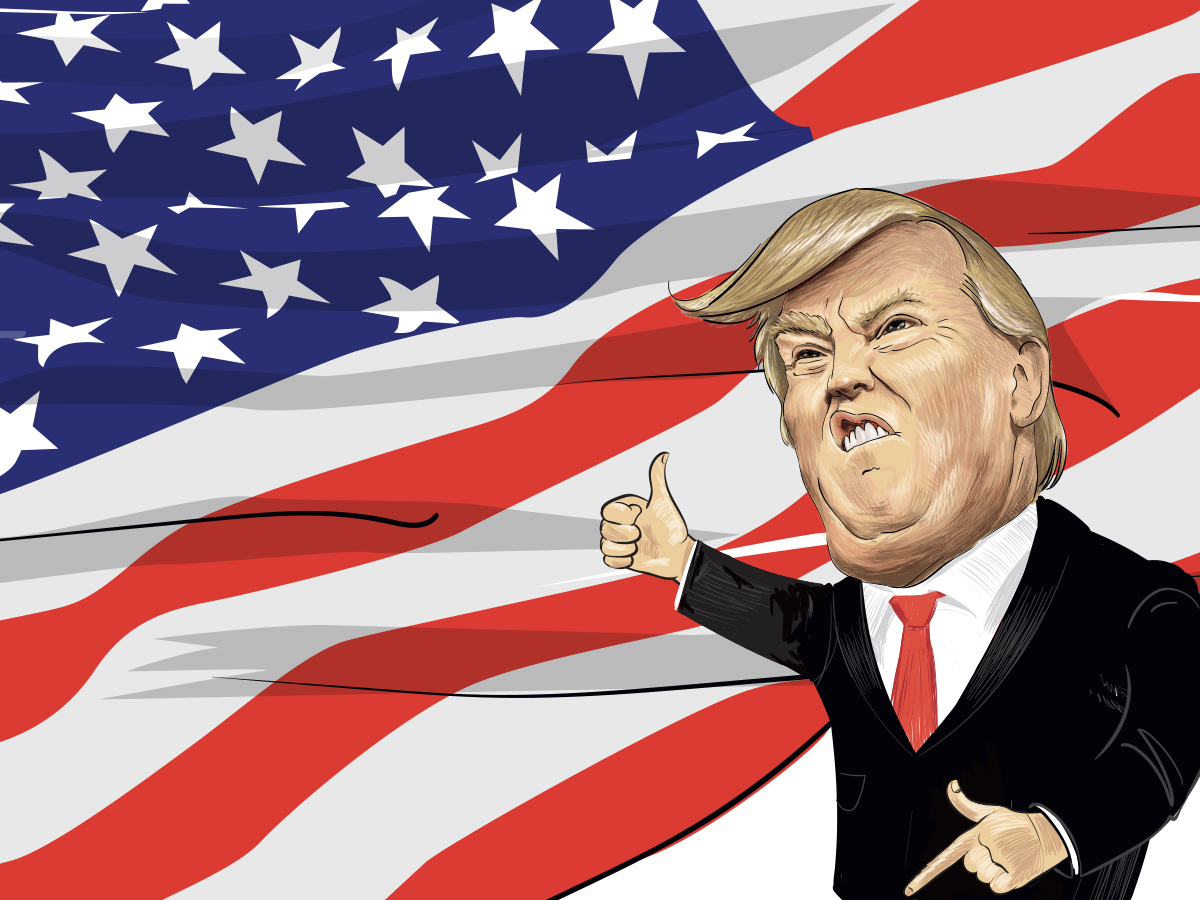 While Attorney “good-people-don’t-smoke-marijuana” Jeff Sessions wants to amplify the war on drugs, don’t forget who appointed him: Donald Trump.

Although President Trump has, for the most part, stayed silent on drug policy, one of his alarming stances has recently been revealed, with five sources confirming to Axios that Trump has privately discussed being in favor of the death penalty for drug dealers.

Indeed, Trump has been ranting and raving about Singapore’s drug policies, with an Axios source claiming of the US president, “He says, ‘When I ask the prime minister of Singapore do they have a drug problem [the prime minister replies,] ‘No. Death penalty.’”

“Given Trump’s embrace of the Philippines’ Rodrigo Duterte, who has overseen a large-scale campaign of state-sanctioned murder, it’s no surprise that Trump is saying he wants to execute drug dealers,” explains Maria McFarland Sánchez-Moreno, executive director of Drug Policy Alliance, via a press release.

“But executions are not only barbaric and illegal under international law—they also don’t work. It’s appalling that in the midst of a major overdose crisis, Trump continues to ignore proven policies that save lives, and instead seeks to emulate the behavior of killers.”

The major overdose crisis to which Sánchez-Moreno is referring is the opioid epidemic. According to the National Institute of Drug Abuse, each day up to 175 Americans die from overdoses of opioids that include prescription pain medication, heroin and synthetic opioids. And we all know how many people have died from cannabis overdoses. (Hint: There are no recorded instances of anyone dying from cannabis alone.)

Thus far, Trump hasn’t gone into details about what kind of drug dealer he envisions being sentenced to death. However, it isn’t far-fetched to conclude his vision includes cannabis sellers. And with Sessions’ reinvigorated battle against the Obama administration’s Cole Memo, even established cannabis business owners and cultivators could be in danger.

In the meantime, Trump is more than eager to implement other parts of Singapore drug policy, such as hardline anti-drug education. Vanity Fair reports that first lady Melania Trump and Counselor Kellyanne Conway also support such education.

Meanwhile, Politico says that Conway thinks a border wall and a revival of Nancy Reagan’s “Just Say No” campaign will cure the opioid crisis. With this ideology in place, school students will continue to receive inaccurate information about cannabis, including its life-saving medicinal characteristics those with qualifying medical conditions — including children and adolescents under 21 years of age — can benefit from.

However, in states with cannabis legalization, students are confused in anti-drug classes. According to The Washington Post, programs like Drug Abuse Resistance Education (D.A.R.E.) — a once-popular school drug prevention program created in the early ’80s by the Los Angeles Police Department — struggle to adapt their curriculums in places like Massachusetts, where recreational cannabis will be available to legally purchase as of this summer.

Trump has rarely spoken publicly about drug policy. During his presidential campaign in October 2015, he explained to CBS Boston, “I wouldn’t interfere because I think that really is a local issue. When you look at what’s happened in Colorado as an example, it’s a local thing. I wouldn’t interfere with it. I think that’s something that really is very much up to the local area.”

In fact, most of his thoughts on drug policy that we know about come to us via leaks. For instance, in a phone transcript provided by the Philippine Department of Foreign Affairs and published by The Intercept in May 2017, Trump praised the Philippines for the country’s drug crackdowns. Particularly, he congratulated President Duterte on the Philippines’ “unbelievable job on the drug problem” in relation to the systematic extermination of suspected drug dealers and users, including immunity for murderers.

Singapore and the Philippines aren’t alone in their strict drug policies, with many countries in Asia and the Middle East handing out death penalties for the possession or sale of drugs. Myanmar, which borders Thailand and China, also has severe punishments in place for drug trafficking, with Metro reporting in 2017 the case of a 29-year-old local man who was sentenced to death for carrying five pounds of cannabis.