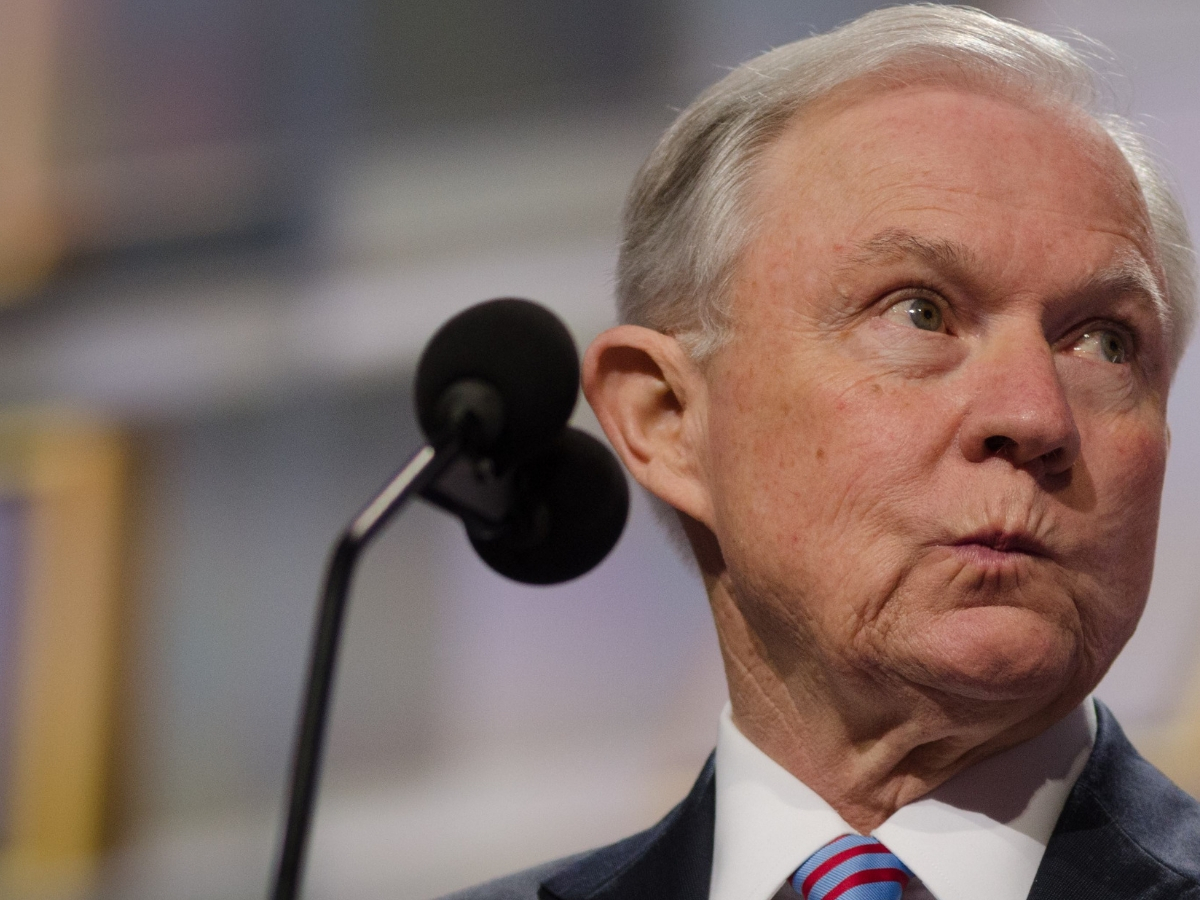 You may have already heard the news that Jeff “good people don’t smoke marijuana” Sessions is out as attorney general, to be replace as acting attorney general by his chief of staff Matthew Whitaker.

According to ABC News, Sessions submitted his resignation on Wednesday, November 7, just a day after the midterm elections. He allegedly resigned at the request of President Donald Trump, who in the past hasn’t always been on Sessions’ side — and apparently Sessions realized as much when it was too late.

The cannabis community in particular is rejoicing because no longer is a “law and order” politician in power — one who rescinded President Barack Obama’s Cole Memo, which protected legal cannabis businesses in weed states against federal drug enforcement intervention.

“Attorney General Jefferson Sessions was a national disgrace, NORML hopes he finds the time during his retirement to seek treatment for his affliction of 1950’s reefer madness,” said NORML executive director Erik Altieri via a press release.

But not everyone celebrated the ousting of Sessions. Throughout the country, protests erupted in major cities to protect the Special Counsel investigation into foreign government interference in the 2016 presidential election, led by Robert Mueller, former director of the FBI. According to Reuters, the protests came as a reaction to Sessions’ resignation because “Sessions had recused himself from overseeing the Russia investigation, while Whitaker has called for it to be scaled down.”

However, the war on drugs, and specifically on cannabis, isn’t over yet. Multiple reports suggest that Whitaker’s track record is nothing close to spotless when it comes to drug policing.

“In light of Acting Attorney General Matt Whitaker’s comments on seeing patients benefit from medical cannabis, at a minimum, we hope he would support national legalization of medical cannabis and encourage changing it from a Schedule I substance,” Sam Dorf, chief strategy officer of cannabis brand Verano Holdings, tells Big Buds.

Interestingly, Trump says he doesn’t know Whitaker, despite having also said several weeks ago that “Matt Whitaker’s a great guy. I mean, I know Matt Whitaker.”

All three have a dangerous approach to cannabis reform and overall drug policy. For instance, earlier this year the Dayton Daily News reported that Azar had said, “There really is no such thing as medical marijuana.” He said this during a visit to an inpatient facility that treats newborns suffering from prenatal drug exposure, while ignoring the fact that medical marijuana programs can help those recover from opioid and other substance use disorders.

Additionally, former New Jersey Governor Chris Christie is somehow in the running for the position — or at least he says he is — despite Trump claiming to have “not talked to him about” the job opportunity, according to NJ.com.

“As AG, a key focus should be decreasing the 60,000 opioid overdose deaths annually,” Dorf adds. “Medical cannabis has been proven an effective, healthier alternative to addictive opioids that could help him achieve this goal.”