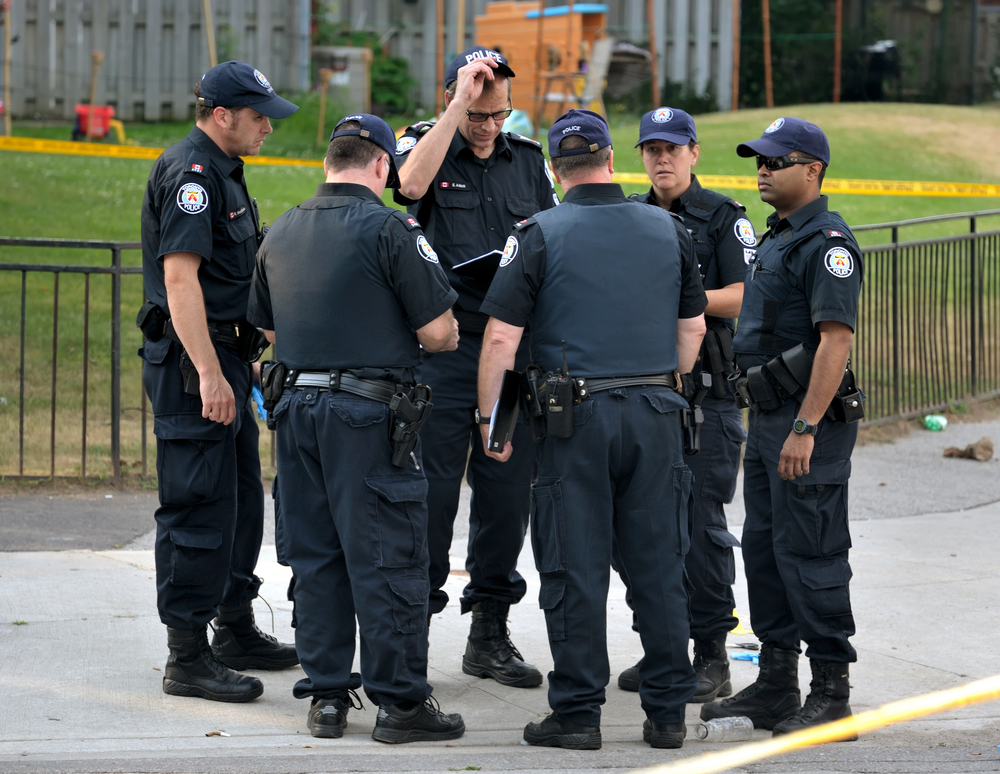 Have you seen the awesome sci-fi movie Elysium, released in the summer of 2013?

If you’re a marijuana grower, or anyone who’s ever had a visit from a police raid team, parts of the movie will seem very familiar.

This article isn’t a spoiler for this exciting, serious, blockbuster movie, which features Matt Damon as an ex-con trying to keep himself from getting sent back to prison on an overpopulated, environmentally-ruined Earth of the near-future.

In one of the scenes, you see what happens when over-zealous android police confront citizens. Problem is, this isn’t just science fiction anymore.

When you look at real police right now in the real America, they look and act like they stepped out of Elysium, or its predecessor District 9, made by the same director.

As a victim of marijuana raids myself, I’ve been shocked, injured, and terrified by the crazed brutality of police officers.

It seems that instilling fear, injury, and terror in citizens is part of the game plan these days whether you’re a Keystone XL pipeline protester or a marijuana grower.

And I wonder what happens to a fellow human being, after you give them weapons, body armor, power, and a badge, that makes them so eager to stomp you and violate your civil rights.

Whether it’s police stopping women drivers for bogus reasons, and then sticking their fingers inside the women’s vaginas and anuses trying to find marijuana, or police raiding a quiet home and taking a two-year-old child from its loving parents because the parents smoked a couple of joints after the child went to bed (and the child was later allegedly murdered by its foster parent), the beat-down goes on.

Recently, for example, a military-style operation was mounted against a tiny, hippie vibe, organic farm in Arlington, Texas.

The frightened residents of the Garden of Eden organic farm were subjected to a 10-hour SWAT raid conducted like a military operation would be conducted against insurgents in a war zone.

As usual in many of these situations, police were looking for marijuana plants. A secondary reason is that the farm didn’t comply with local code regulations because the farm has tall grass, food plants, a piano outdoors, tires, and chopped wood.

The farm’s residents said police refused for hours to provide a copy of the search warrant, covered their nametags so these citizens could not hold them accountable, and held them at gunpoint for nearly an hour.

Police and local officials tried to justify the raid, saying local residents had complained that the organic farm was run by “a bunch of anti-war hippies” who were growing pot and whose flowers, tall grass, organic lifestyle, and food plants negatively affected property values.

Nobody ever reveals how much money these insane raids cost the taxpayers, and in this case, the military-style assault and search found no marijuana plants. However police did seize “17 blackberry bushes, 15 okra plants, 14 tomatillo plants … native grasses and sunflowers.”

What’s troubling is a large percentage of our fellow citizens are all for these paramilitary tactics, especially when they’re used against hippies, marijuana growers, environmentalists, and others who refuse to totally bow down to the system.

For example, in that Arlington, Texas neighborhood where the police held a bunch of hippies at gunpoint, it’s totally legal and socially acceptable to use poisons like Monsanto Roundup that blow over into your yard and kill your marijuana plants.

But if you’re growing marijuana plants, or even if someone just accuses you of it, THAT is considered a crime worthy of a SWAT raid.

Yes, this particular incident happened in Texas, which is one of the most repressive, dangerous, redneck states in America. But military-style police marijuana raids also happen elsewhere, even in states where medical and/or recreational marijuana is completely legal.

The message for our marijuana community is: be strong, be careful, and stand proud. The forces of evil are on the run, but as in Elysium, they haven’t been totally defeated just yet.