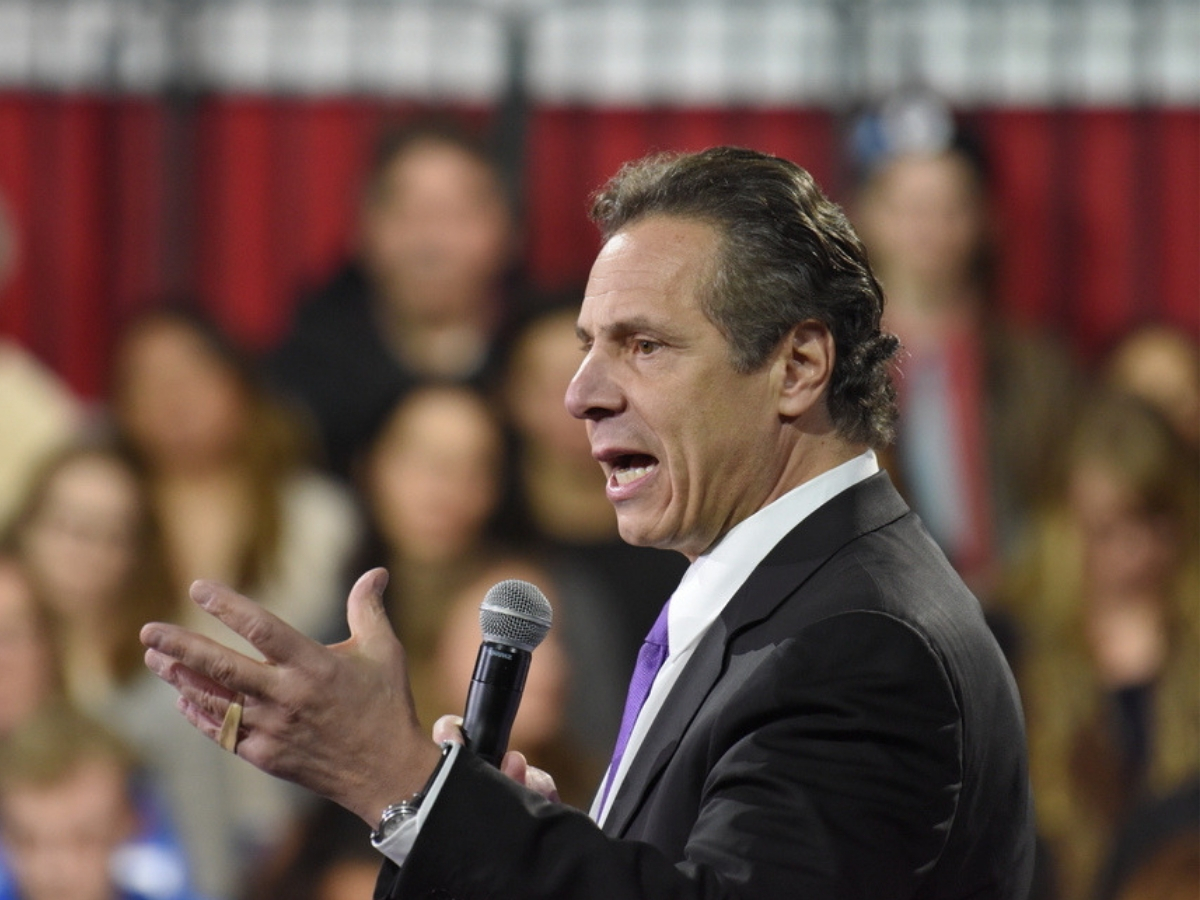 Despite being at the helm of a relatively progressive state with a large population and an even larger marijuana black market, recently re-elected New York Governor Andrew Cuomo remained steadfast in opposing recreational cannabis — until he was challenged directly by a rival candidate in the 2018 primary.

The marked flip in Cuomo’s progressivism crested in a mid-December speech outlining his plans for the first 100 days of 2019, which included calls for cannabis legalization, an end to the cash bail system, and statewide reforms. New Yorkers are rightfully concerned that Cuomo’s sudden change of heart has more to do with years of corporate lobbying and campaign donations than with social justice. Ironically, donations from the cannabis industry to candidates may end if his 100-day plan is fully realized.

Pro-cannabis constituents are also shouting down the premature claims state lawmakers are making on expected revenue, noting the severe damage that prohibition has inflicted on New York’s communities of color.

“The fact is we have had two criminal justice systems: One for the wealthy and the well-off, and one for everyone else,” Cuomo told the crowd. “That’s going to end.”

Before Cuomo’s speech, the New York Daily News published an op-ed by New York deputy director for the Drug Policy Alliance Melissa Moore, in which she skewered assertions that any tax funds from legalized cannabis should be used to fix the New York City Subway system or other budget shortfalls. Her logic is easy to follow: Moore’s message focuses on the nearly 1 million New Yorkers affected by prohibition enforcement and the projected tax score of nearly $1 billion that’s at stake.

“We cannot direct revenues to entities like the [Metropolitan Transportation Authority], [New York City Housing Authority] and Health and Hospitals, which have consistently propagated harm and been complicit in the arrest crusade by targeting people who have used marijuana by calling the police or taking black and Latina mothers away from their children after nonconsensual maternal drug tests,” Moore wrote.

Additionally, cannabis charges can even trigger deportation for green-card holders, immigrants who are lawful permanent-residents.

Legal cannabis in New York must not patch holes in a system that has used enforcement for profit; but with little to no details about the supposedly forthcoming plan, the absence of social equity therein is certainly worrisome.

Here’s what we know so far about Cuomo’s intentions: 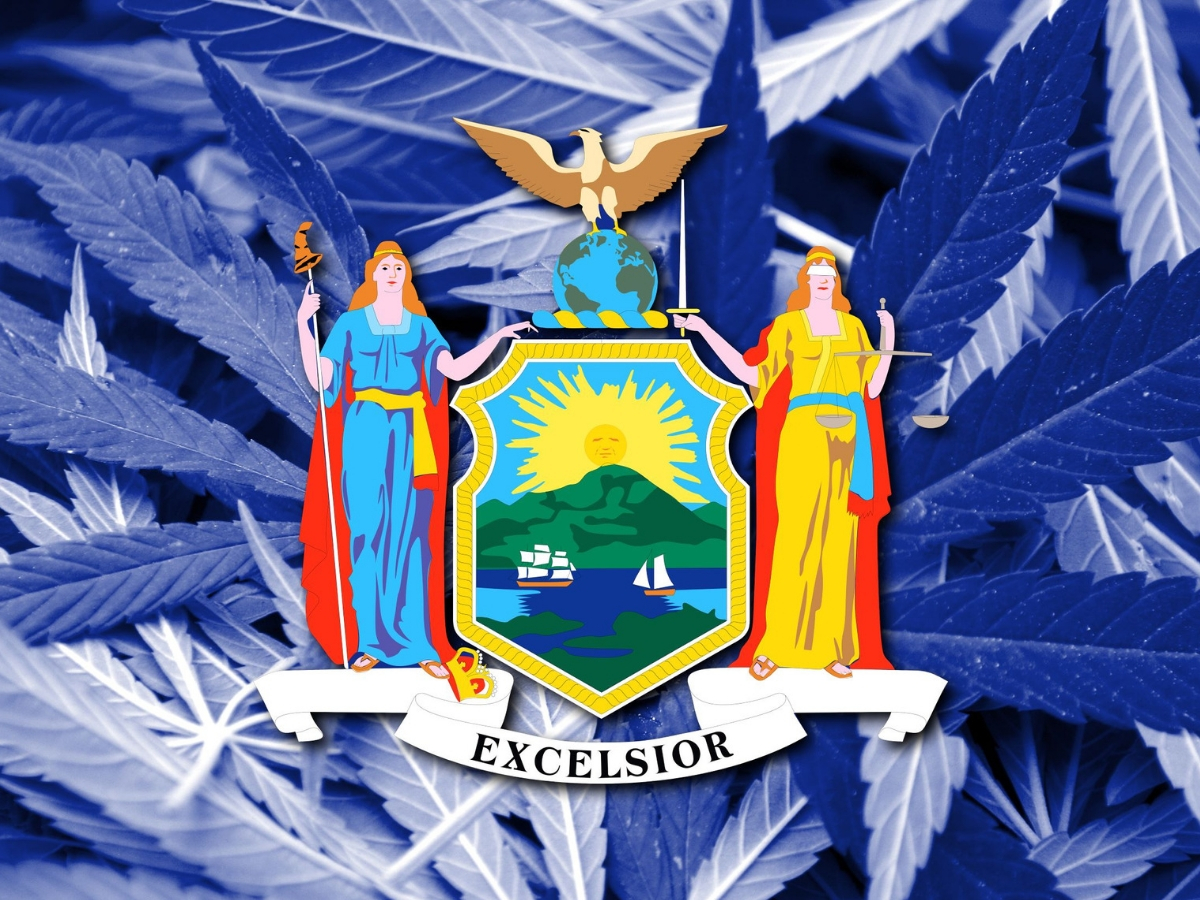 Once state officials began to project huge tax windfalls, the politicians swept in to speculate on how the state could use the funds. This is a major clue to their motivation, as cannabis has come up in multiple agencies’ search for cash. A buzz in mid-November turned into a full-on cannabis crescendo, with a 100-day deadline that means legalization could come as soon as April.

The New York Times reported on the state’s examination of potential income streams: “‘State lawmakers have created a panel to recommend new revenue sources for the Metropolitan Transportation Authority, which oversees the city’s subway and buses. The group is considering marijuana legalization as one of roughly a dozen money-generating ideas,’ said Michael Gianaris, a powerful Democratic leader in the State Senate who was appointed to the panel by Mayor Bill de Blasio.”

Others have speculated that New York does not want to lose a single dollar of tax revenue to neighboring New Jersey, where legalized cannabis appears to be inevitable.

“If New Jersey were to legalize without New York following suit, it would be reminiscent—though the reverse—of a decades-long period ending in the early 1970s when New York’s drinking age was 18 and New Jersey’s was 21. The difference saw Jersey teenagers make their way over the state line to legally buy alcohol,” as noted in September article by AdAge.

There was initial excitement about fixing New York City’s ailing infrastructure and addressing other self-imposed state drama with the revenue cannabis would bring, but these ideas completely bypass the cumulative weight of what has been stolen from New Yorkers who have been saddled with cannabis-related criminal charges. Cuomo may have acknowledged this injustice, but no policies are on the table as of yet.

In her Daily News piece, Moore opines that New York state leaders need to refocus the narrative: “Legalization — in terms of both tax revenue reinvestment and direct ownership and employment — has the potential to positively impact economic stability in communities that have traditionally struggled economically because of structural factors. But that will only happen if the Legislature establishes regulations and enacts policies that acknowledge the scope of damage done and intentionally seek to restore communities.”

Unlike Colorado and California, where equity program fast-tracking and the vacating of charges are happening well after legalization was approved, New Yorkers are demanding justice and equity from the very beginning of any cannabis program.

In Canada, federal legalization created jobs and sent legal cannabis all over the country, but reporters there uncovered a disturbing trend of politicians and law enforcement leaders who quickly switched from prosecuting cannabis consumers to sitting on the boards of cannabis conglomerates. This sort of insider dealing is exactly the kind of “progress” that New Yorkers are pleading with Cuomo to nip in the bud. Yes, he plans to do away with corporate donations, but he’s also been the beneficiary of them for two terms in office.

Big names on the West Coast are already injecting their cash into New York’s political scene, with some geared up and ready to launch operations the second they know what is on the table. This is a move that not only cuts out small businesses, but leaves capable New Yorkers out of their own nascent industry. With multiple reports estimating that the state’s cannabis black market is worth around $3.5 billion, this says plenty about the cannabis-selling skills of native New Yorkers.

The Poughkeepsie Journal did a deep dive on the money flowing into Albany and greasing the wheels. Knowing that sick children or mass injustice couldn’t move the Cuomo administration on cannabis legislation, it looks like lobbying finally could.

According to the Journal’s research, lobbyists spent about $1 million in the first nine months of 2018 — one and a half times the rate of cannabis lobbying cash between 2013 and 2016. Aside from working on individual state legislators, some California cannabis companies donated directly to Cuomo. The story went on:

Further, another $50,000 campaign donation to Cuomo seemed to be connected to [cannabis dispensary] MedMen in December 2017. It listed the donor as Project Compassion NY LLC and had the same address as a MedMen lobbying filing at the time. The money flowed the month before Cuomo launched the recreational pot study.

The Wall Street Journal first reported the Med Men/Cuomo connection in July: “MedMen Opportunity Fund II L.P., based in Culver City, Calif., contributed $65,000 to Mr. Cuomo, a Democrat running for a third term, and an executive associated with the fund, Andrew Modlin, contributed $25,000, filings show. A MedMen fund also contributed $21,000 to the campaign of Democrat Letitia James, who is running for state attorney general.”

As for New Yorkers worried about out-of-state influence, Charles Finnie, chief strategy officer for cannabis advisory firm MariMed Advisors, thinks the rewards are too attractive to ignore, but that it’s not a one-way pipeline. MariMed provides assistance in cannabis entrepreneurial planning and execution, and it plans to operate in New York when legislation expands.

“New York is the financial capital of the world. There are at least as many cannabis-savvy investors in New York as in California, including sophisticated hedge funds and venture funds that focus on cannabis,” Finnie tells Big Buds exclusively. “Many California cannabis companies have raised capital from East Coast investors. Profitable, growing industries have a way of attracting capital from just about everywhere.”

Many progressive politicians support recreational adult-use cannabis, but they remain holdouts when it comes to growing at home. Blocking home grows is dangerous to the biodiversity and accessibility of cannabis, not to mention the true liberation of the plant. Cultivating cannabis at home is dramatically safer than, say, making illicit alcohol, but politicians like State Senator Diane Savino, a Democrat from Staten Island, see this as something that needs policing.

When Gothamist asked her if she supported home-grow language in the bill, she said, “That’s crazy. Do you think we’re going to [be able to] keep people from selling it?”

If politicians are worried about people turning to the cannabis black market, they should be more concerned with quality, access and fairness. Despite a still-thriving black market in California, the state is still making plenty of cash from something it spent a fortune to prosecute in the past.

Politicians want to avoid allowing constituents to cash in by growing cannabis at home. Police unions want to prevent home-grow statutes so they still have enforcement capability that includes lucrative civil forfeiture of cannabis funds. Corporations want these limitations so they can be the sole providers and profit earners of the plant.

Currently, New York’s medical cannabis supply is vertically integrated, meaning the same entity grows, processes and sells the product. This may seem like a good idea to people unfamiliar with cannabis, but it makes the cost of entry far too prohibitive for anyone without the initial capital.

New York’s recreational cannabis rollout could have dicey consequences, but since it’s all speculative for now, we can only hope that the Cuomo cannabis legacy will involve fair and equitable regulations that benefit all New Yorkers — but most importantly, those who fought for cannabis all along and paid with their freedoms.

How To Stop The IRS From Stealing Your Hard-Earned Cannabis Cash
Cannabis Stock Photographer: A Career Ripe For The Picking