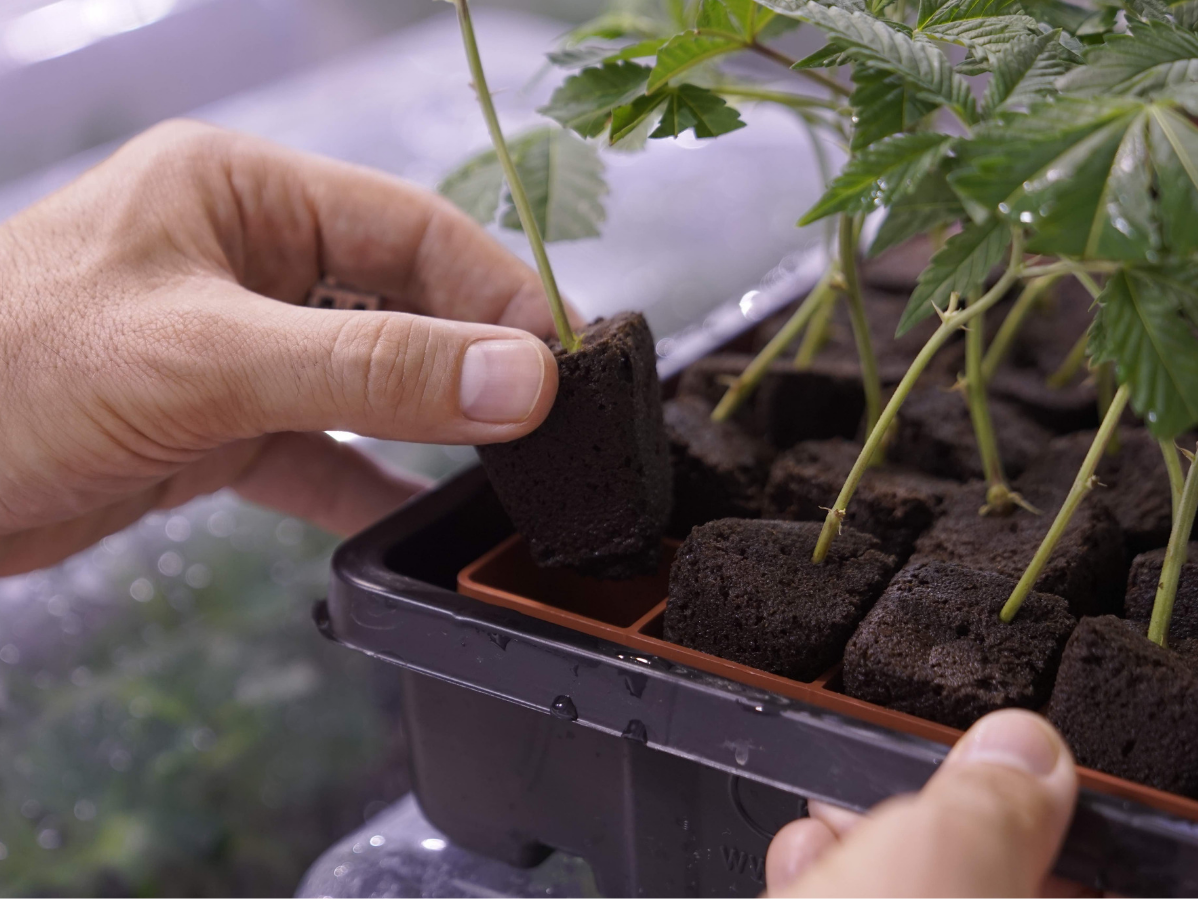 Black-market cannabis growing has been good to me and many other cultivators. Back in 1995, when I had just started growing weed in California’s famed Emerald Triangle, me and my grower buddies first heard medical marijuana activist Dennis Peron being interviewed on the radio about legalization. Growers had mixed feelings about legalization then, and we still do today.

In those days, if you grew indoors during autumn and winter and outdoors in the warmer, drier months, you could make around $60,000 per year selling weed. We bought rural acreage and invested in razor wire. If you had the acreage, five years of ample outdoor harvests could make you wealthy enough to never have to work again. It was all illegal. Nobody paid cannabis taxes or kept records for compliance. Savvy growers would reinvest their crop money in decrepit houses, gut the interior, spiff up the exterior and landscaping, and turned the entire house into a low-key grow op.

Peron was a customer, buying hundreds of pounds a month from people in the region to sell at his insanely successful yet illegal San Francisco Cannabis Buyers Club. Most of us opposed Peron’s Compassionate Use Act, or Proposition 215, the California medical marijuana legalization ballot initiative that he co-authored in 1996, fearing prophetically that medical marijuana legalization would hurt black-market profits.

But Peron rightly predicted Prop. 215 would create more demand for cannabis, while giving growers legal protection from the law. If you possessed a medical cannabis card and stayed off the police radar, you could grow as many plants as you wanted and sell what you didn’t use. Wholesale and retail prices after Prop. 215 were the same, if not higher, than before the measure passed.

For more than a decade after Prop. 215 passed in 1996, California was a black-market cannabis paradise; we grew mega tonnage and shipped nationwide. We hoarded stacks of cash, bought gold bullions, enjoyed lavish vacations, and generously helped out friends and family. All was well — that is, until medical marijuana legalization began to sweep other states as early as 2000. At the time, it didn’t seem to make a dent in our business model. However, in 2003 came the first signs of trouble, when California politicians started to “clarify” Prop. 215 in an attempt to restrict the number of plants one could grow, while limiting the amount of product one could possess.

Then, Colorado and Washington created legalization schemes that allowed for licensed dispensaries. Black-market cannabis growers didn’t like this at all. We’d enjoyed being the only source for marijuana, and demand always outstripped supply, so even middling growers could expect to charge high prices for subpar product. Competition from the legal market forced us to up our game, and the more prices dropped as licensed producers pumped commercial weed into the supply basket, the more concerned we growers became.

Cannabis cultivators who never used clean growing methods, never grew potent weed or who failed to develop a loyal following soon faded away, and those of us who kept at it with even a modicum of success were glad to see them gone. We retained market share because legal weed is heavily taxed and regulated, so it cost more than black-market flower. A few of our customers tried buying at the dispensaries, but most who did came back to the black market sooner or later, because of the expense associated with legal product.

Over the past five years, however, an ominous cloud has once again settled over the cannabis black market in places where recreational marijuana has been legalized, as well as in adjoining legal states. I’ve lost nearly half my customers to dispensaries. One of my former customers doesn’t need me anymore, now that she’s receiving a monthly shipment of concentrates from Colorado. The stuff is odorless and very difficult to detect. I can’t compete with the dabs and edibles she’s buying.

None of my former customers complained my buds were of inferior quality or more expensive than dispensary buds. Rather, they’re now spoiled by the array of cannabis dispensary edibles, drinkables, oils and tinctures they have access to — products that I don’t have the time, ability or equipment to make. Some customers said they prefer a dispensary to buying from me because they can buy a few grams at a time from a retail space — and I insist on a two-ounce buying minimum.

The cold, hard mathematics is that I used to clear at minimum $45,000 per year growing and selling weed, but lately it’s less than half that amount. When my income was at its peak, I lived comfortably by myself and everything was paid off and paid for. Now, I’m dipping into my savings on the regular and can see the writing on the wall. Talking this over with my grow buddies, some of us are now wondering if it’s finally time for us to join the dark side. To join the legal market.

The Temptation To Take My Cannabis Grow Op Legal

How would my life change if I took a job in the legal cannabis market? Take a look at marijuana jobs boards in legalized states, and you’ll see posts advertising for experienced cultivators who can run an automated, high-tech, large-scale licensed grow op. In such a position, they’ll earn upward of $80,000 a year, plus benefits. The same is true of Canada’s burgeoning legal market.

I’ve gone to a couple of job interviews for positions within the legal cannabis space. The interviewer could tell within a few minutes of meeting me that I’d be able to run his warehouse grow op, no problem. He called me the next day and offered me the job.

But did I want it bad enough to give up the life of a black-market cannabis grower? I love the flexible hours I currently enjoy running my own grow op. The only schedule I have to pay attention to is the schedule my plants set for me. Are they hungry? Thirsty? Too hot? Too cold? Plagued by bugs? Angry about the grow lights? I have to be there for them whenever they need me, but at least I don’t have to get up in the morning five days a week, drive to a job site and punch a time clock.

I haven’t worked around other people for years. I gave up corporate cubicle life and got into cannabis growing because I couldn’t stomach office politics or commuting. I hated sitting in rush-hour traffic jams. I hated sitting indoors looking at a computer when beautiful sun and sky were beckoning me. Around 2 p.m. every day at work, I got a huge headache and started yawning like a fish gasping for breath.

As I struggled to stay awake, a co-worker or supervisor would stop by my desk and dump some bullshit task on me, along with a snarky comment. The carpet smelled like vomit. The air was stale with farts and Starbucks. I had to be there every day at 7 a.m., fighting traffic, Mad Max-style, just to arrive on time.

Growing black-market cannabis saved me from that workplace drudgery. I haven’t been in the system for years. Haven’t paid taxes, social security, Medicare or disability. If I take a job in the legal cannabis industry, even though I’d be working with weed, I’d likely lose 40–50 hours a week to the onsite duties, and another 8–12 hours each week commuting. I’d lose my freedom. I’d be working for somebody else. And about 25 percent of my paycheck would be taken away for taxes.

But all that being said, it’s easy to acknowledge the benefits of working for the legal cannabis market, including:

I feel sad that the cannabis marketplace — built on the blood, sweat, tears and prison terms of black-market growers and sellers — is being co-opted by legalization and big-money corporate investment. It’s already happened to the manufacturing industries, whose workers have watched helplessly as globalization and corporate monopolies turn small-scale, local businesses to dust.

I used to live in farm country, and remember an elderly farmer telling me that until the 1950s, most farms were local, family-run operations. You didn’t need global businesses or container ships to get your food and other goods. Almost every necessity of life was produced locally. Now, family farms and local businesses are fading away, and few of us could live sufficiently only on the food and products produced within our community.

Currently, the same corporate takeover is happening in the cannabis industry. The most optimistic prognosis is that the black market will always exist. But the reality is that the salad days we enjoyed before state legalization are long gone. I’ll either have to move to some other state where the black market is the only cannabis market that exists there, or take a corporate cannabis job. But I’ll never stop growing my own. Nobody does it better.

CBD And Hemp Now Legal In The US — What Does This Mean For Marijuana?
Yes, I Cannabis: Making The Move From Employee To Independent, Professional Cannapreneur