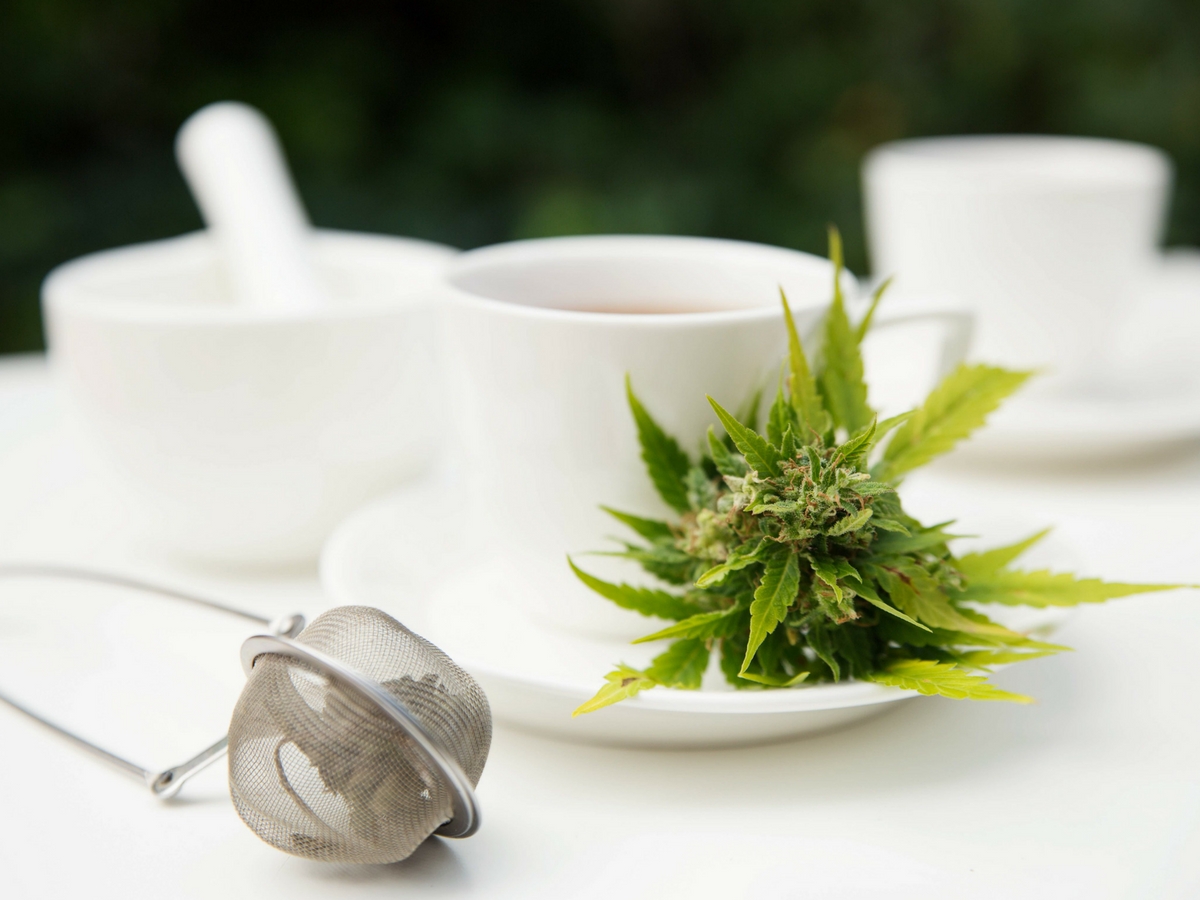 You might not know it, but people have been drinking cannabis for millennia. Since 2000 BCE, bhang has been a tradition at Hindu festivals like Holi, Maha Shrivratri and Janmashtami. Other recorded uses of cannabis being consumed as a beverage throughout history include its mixture with wine for patients to consume before surgery in ancient China, and the cannabis tinctures Queen Victoria took in the 1890s to relieve her menstrual cramps.

Today, cannabis-infused teas and bottled beverages can be found in dispensaries throughout the United States and other countries with legal medicinal and recreational cannabis. According to the LA Times, mixologists in legal states are creating new cocktails with CBD, and consumers can buy pre-made cannabis tinctures to take home and create their own cannabis-infused beverages, commonly known as drinkables.

Drinkables have a few similarities to edibles. When you drink cannabis, you won’t feel its effects for about an hour or two, similarly to consuming an edible product. This is because your stomach needs time to absorb the cannabinoids in the beverage.

Many people who drink cannabis do so for its medicinal benefits. These include:

So why would somebody choose to drink cannabis instead of smoking, eating or vaporizing it? Different strokes for different folks. A nice, warm cup of tea has plenty of benefits on its own. Incorporating THC or CBD into a cup of tea amplifies its innate physical and psychological health benefits, according to Psychology Today. Of course, tea is only one of the many ways to experience cannabis’s effects by drinking it. Depending on where you are in the world, your options could include tinctures, powders you can add to water, and ready-to-drink bottled beverages.

Distillates Are The Key To Making Cannabis Drinkables

So, how is cannabis made into beverages? With distillates. Distilling cannabis strips away its plant matter and terpenes, leaving pure, isolated cannabinoids to add to foods and beverages. However, what distillation doesn’t remove is the THC, and CBD’s inherent bitter taste. Overcoming this bitterness is a challenge for food and beverage manufacturers in the cannabis space, which is why many cannabis beverages contain a lot of sugar and strong added flavors.

To create a distillate, cannabinoids are removed from the plant using extraction techniques, like CO2 and ethanol extraction. Once the cannabinoids are extracted, they must be refined to remove the lipids and other compounds that came with them from the original plant. Following refinement, cannabinoids must undergo decarboxylation, the process of activating them to bring out their effects. The resulting material is then distilled again, potentially a few times, to isolate the desired cannabinoid.

“THC is a distinct molecule,” says Scott Riefler, VP of science at Tarukino, a company that produces cannabis-infused drinkables. “When it’s isolated, it’s stripped of all its terpenes and you lose the entourage effect — the full physical effect you get from smoking or vaporizing marijuana that comes from the different cannabinoids working together. Terpenes can be added back in if you need them. As we move forward, more will be added to beverages to create the entourage effect.”

Since THC and CBD distillates are used to create beverages, it doesn’t matter which strain is used — cannabinoids are cannabinoids, regardless of the strain they come from. According to cannabis chef Holden Jagger of Altered Plates, “The plants used for drinkables are the same as those used for edibles. In fact, many drinkables are made in the same factories as edibles. To make drinks, simple syrups are used with emulsifying agents to achieve the desired cannabinoid-to-liquid ratio.”

Ready to try making your own drinkables? Stem tea is an easy recipe for first-timers. Here’s a recipe for a basic stem tea:

You can experiment with different stem tea recipes, such as a stem tea latte. If you’re more of a coffee drinker, there are several different cannabis-infused cold brews and coffee pods currently on the market, including Ganja Grindz, Canyon THC Cannabis Coffee, Brewbudz and Jane’s Brew. So sit back, relax, put your feet up, and enjoy that nice, steaming cup o’ cannabis.