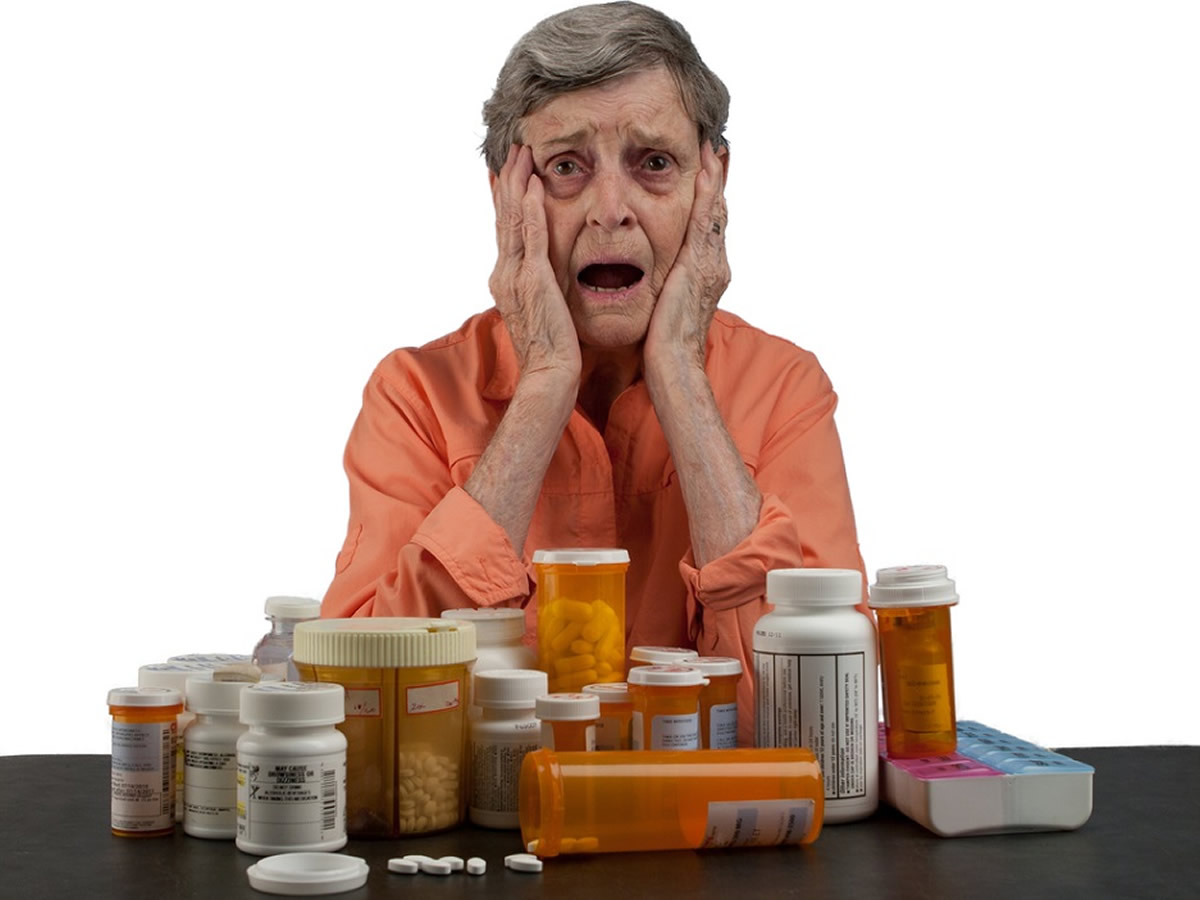 Out back of my grandma’s tidy little house, next to her geraniums and bonsai trees, she has large clay pots containing not soil and tomato plants, but rockwool and marijuana plants.

Yes, my 71-year-old grandma is a medical marijuana grower.

Don’t get me wrong…Grandma’s not a lifelong stoner. She never listened to The Beatles or smoked Colombian Gold back in the wild 1960s.

Instead, she was raised conservative and devoutly religious in the Midwest, and until a few years ago she believed marijuana was an illegal, addictive recreational drug.

But when she was 65, she fell and broke her hip. The doctors didn’t put her skeleton back together properly, so she ended up with a permanent limp, and chronic pain.

Then, my grandfather died.

Her doctors put her on a confusing and expensive array of pain pills, sleeping pills, and anti-depressants. Pretty soon, she was experiencing harsh side-effects, and addiction.

As a family, we suspected she was taking too many pills, but didn’t want to embarrass her by asking if she wanted help.

Problems with prescription drugs such as opiates and benzodiazepines are all too common among senior citizens.

When Grandma was worried enough to talk to friends about her increasing reliance on dangerous pharmaceuticals, and the pills’ side-effects, one of her friends convinced her to consider medical marijuana.

Marijuana may have heart and blood pressure effects that are harmful to older patients. The doctor conducted a series of tests to make sure she could handle marijuana. He noted that marijuana is safer than the prescription drugs it competes with.

Older marijuana users should use marijuana medibles or vaporizers rather than combusted marijuana.

Senior citizens should grow their own marijuana, have a professional caregiver grow it for them, or buy it from reputable medical marijuana dispensaries…instead of buying street marijuana.

Senior citizen marijuana users should use the smallest possible amounts of marijuana and monitor the effects of different strains and dosages, so they can find the titration that works best for them.

Marijuana may cause cognitive impairment, disorientation, dizziness, respiratory irritation, appetite increase, and other side-effects in some patients. However, marijuana has been clinically shown to have anti-cancer effects, and to protect/restore the brain in case of stroke.

The doctor’s assurances gave Grandma food for thought, and she decided to visit a medical marijuana dispensary and sample the meds.

She discovered that medical marijuana was pleasant and easy to use. But it cost $450 an ounce, so Grandma decided to save money by growing her own meds.

She enlisted the help of a medical marijuana assistance group that provided clones of Blueberry and Lemon Skunk marijuana strains recommended for her medical needs.

Following their gardening advice, she bought rockwool chunks and mini-cubes that she mixed and placed in pots, and used the simplest feed program possible: Sensi Grow and Sensi Bloom pH Perfect hydroponics base nutrients.

In bloom phase, she used Big Bud along with bloom base nutrients.

The nutrients solution was hand-watered, and also bottom-fed by large overflow trays under each pot.

She used no auxiliary hydroponics lighting or other marijuana growing equipment, but did buy a marijuana grow book that provides information about marijuana cultivation, harvesting, drying, curing, and medical use.

Her cannabis plants had minor problems with mites and caterpillars, but grew to be more than four feet tall.

Grandma lives in a quiet, safe neighborhood and has a 6-foot privacy fence, so there was little chance of theft or other security problems.

She says she’ll grow marijuana again starting this spring. If her supply runs out before then, she’ll buy more from the medical marijuana dispensary.

Grandma reports that although she doesn’t enjoy the “goofy” feeling that comes from THC, medical marijuana is the best pain-reliever and sleep aid she’s ever used.

If you have senior citizen relatives or friends who might benefit from medical marijuana and you feel it’s safe and potentially helpful to bring up the topic, show them this article and have them watch the embedded videos.

Medical cannabis won’t work perfectly for every senior citizen, and there are risks, medical considerations, and logistical issues that make it hard for some senior citizens to safely use, grow, or procure medical marijuana.

But for my grandmother and a growing percentage of other senior citizens, cannabis is an effective, safe, non-addictive alternative to pharmaceuticals.

“I’ve stopped prescription drugs completely,” she says proudly. “I never thought I’d be involved with marijuana but it makes me feel better, and I’m grateful to those who helped make it legal.”

Rope Versus Dope: Marijuana Growers Just Say No To Hemp
Hunters of the Dank:
Give Thanks for Marijuana Videos!