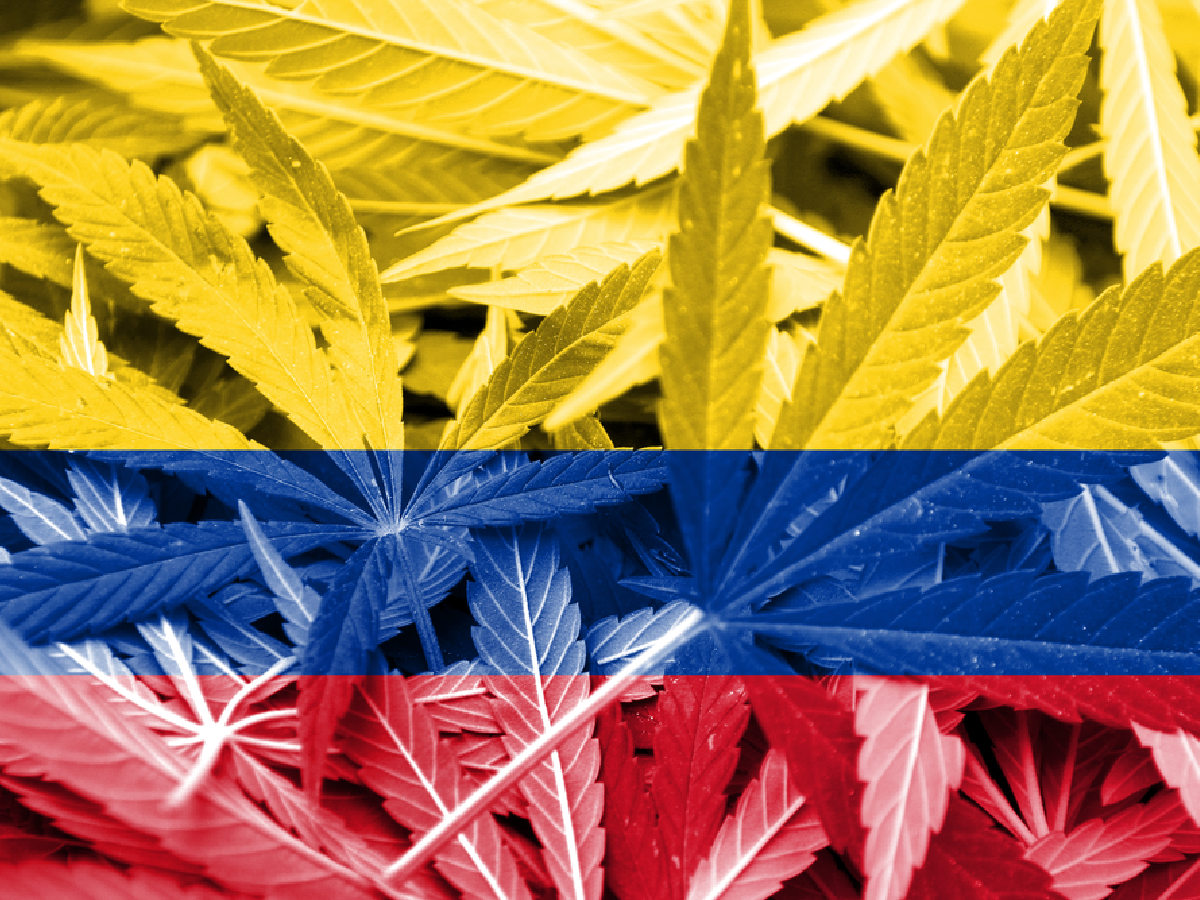 In 2015, Colombia legalized medical marijuana — but it’s actually been legal to cultivate up to 20 plants for personal use since Law 30 was enacted in 1986.

President Juan Manuel Santos signed the medical marijuana bill into law two years ago, with the Ministry of Health and Social Protection responsible for writing regulations and distributing licenses.

In Colombia’s burgeoning medical marijuana industry, there are two stages of licensing. First, companies have to apply for a manufacturing and processing license, which is basically a conditional license, before they can apply for a cultivation one.

Each stage of licenses has certain obligations that need to be fulfilled before applicants can move forward in the process. For instance, facilities need to be inspected and verified to ensure they fulfill security requirements. There are also two types of cultivation licenses: One for psychoactive plants that contain THC, and one for non-psychoactive plants, or CBD-dominant strains.

A handful of first-stage licenses were awarded in June 2016, but recently, in November 2017, the very first cultivation licenses for both psychoactive and non-psychoactive cannabis cultivation were finally distributed.

It’s an exciting time for the Colombian cannabis industry. However, the recipient of the first cultivation license is causing some controversy. PharmaCielo Ltd., a Canadian company with a subsidiary in Colombia, is the first company to receive full licensing, including for both psychoactive and non-psychoactive plants. Company spokesperson David Gordon told Big Buds Mag the company plans to start planting “any day now.”

PharmaCielo has bought land and set up a processing facility and greenhouse, southwest of Medellín in Rionegro, Antioquia. Additionally, the company has bought more than eight acres of land in the Cauca region, where the bulk of the product is to be cultivated.

The problem is, the small-scale and indigenous farmers, or campesinos, of Cauca have been growing cannabis illegally for years under the control of the Revolutionary Armed Forces of Colombia, otherwise known by the Spanish acronym FARC. Under threat from these guerillas, farmers were forced to grow, harvest and trim black-market cannabis in an insecure environment for little pay.

For more than 50 years, Colombia has been in the throes of a civil war that has claimed over 220,000 lives. Guerilla groups who were originally fighting against inequality ended up terrorizing the people of the Colombian countryside. FARC, the biggest of the guerrilla groups, was controlling much of the countryside and drug farms in the area.

But a peace agreement, struck between FARC and the Colombian government in 2016, has been changing things. Cauca is now viewed as a post-conflict zone; FARC have given up its weapons, and the land has returned to state control. 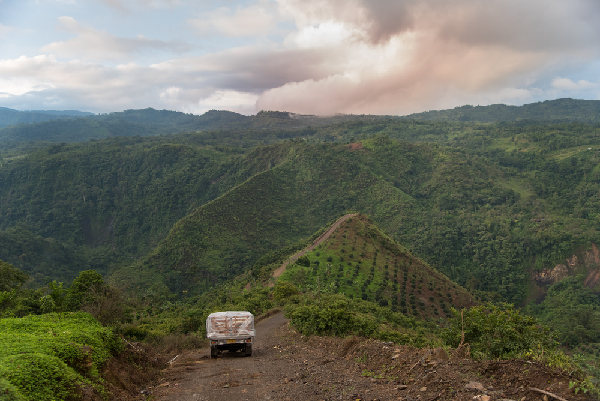 Indigenous farmers of Cauca have been growing cannabis illegally for years under the control of the Revolutionary Armed Forces of Colombia.

So What’s A Small-Scale Farmer With Cannabis Cultivation Experience To Do?

In the past, the government tried to convince drug farmers to switch the crops they were growing. Coca farmers were encouraged to swap this cocaine-processing plant for coffee plantations, cannabis farmers for tomatoes. However, this strategy proved ineffective. Drug crops are always going to be in high demand and more lucrative than other commodities, especially in comparison to something as inexpensive and accessible as tomatoes.

The Colombian government realized this strategy was a failure, and in an unprecedented move allowed small-scale farmers to continue to cultivate cannabis with a license and under supervision from the government.

In addition, the Colombian government, especially Minister of Health Alejandro Gaviria, sees the value in cannabis as a global commodity, with high-ranking officials well-aware that they live in an ideal climate and inexpensive country to cultivate cannabis.

“We think that Colombia can build a successful international business around the exportation of medical marijuana,” Gaviria told The New York Times. “The country is ready to participate in this emerging global market.”

PharmaCielo’s Gordon says the company is very committed to Colombia and wants to support small farmers, especially in the post-conflict zone of Cauca. 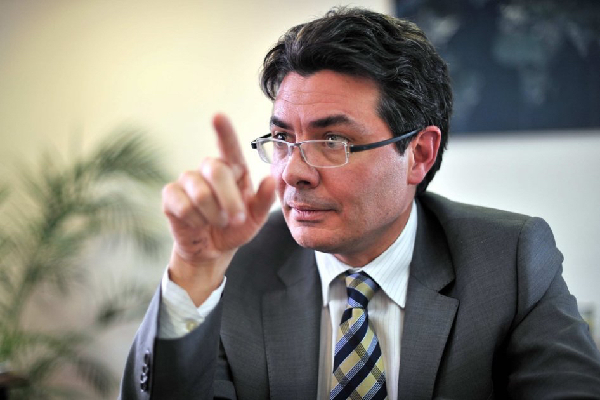 Minister of Health Alejandro Gaviria sees the value in cannabis as a global commodity.

“As fellow Colombians, we at PharmaCielo believe that it is essential to support indigenous and campesino communities and to jointly promote their development,” said CEO in Colombia Federico Cock-Correa via a press statement.

To that end, PharmaCielo is working with 63 farming families in the region, known collectively as the Cooperative for the Unity of North Cauca, or Cooperativa CauCannabis. Farmers of the cooperative will operate PharmaCielo’s Cauca facility and cultivate cannabis under the company’s supervision.

“The people of Cauca are partners in this,” Gordon tells Big Buds Magazine, “and the agreement reached between PharmaCielo and the cooperative ensures that revenues are shared.”

It sounds like a good deal, but some Colombians, like Senator Jorge Iván Ospina of the centrist Green Alliance, remain skeptical. Ospina posted a video to YouTube, surrounded by cannabis plants in the Cauca region, asking the health minister why he would grant the first license to a Canadian company when there are plenty of small-scale and indigenous farmers already growing marijuana in Colombia. Why not give licenses straight to Colombian people?

For its part, the Colombian government is trying to support campesinos with provisions in the medical cannabis regulations. Companies with manufacturing licenses, for example, will be required to buy at least 10 percent of their raw material from small farmers.

Even in a post-conflict zone, cartels are still cultivating cannabis and controlling the black-market trade. But many are hopeful that this new law will put a serious dent in their business, and narco-fueled violence in general. However, it won’t be until Colombia fully legalizes adult-use cannabis that these criminals will be affected the most, and small-time farmers can benefit the most.

Cannabis Gift Guide: The Best Ideas For The Weed Lover In Your Life
Social Media 101: If You Have A Cannabis Grow Op, Then It’s Time To Get Savvy With Online Marketing