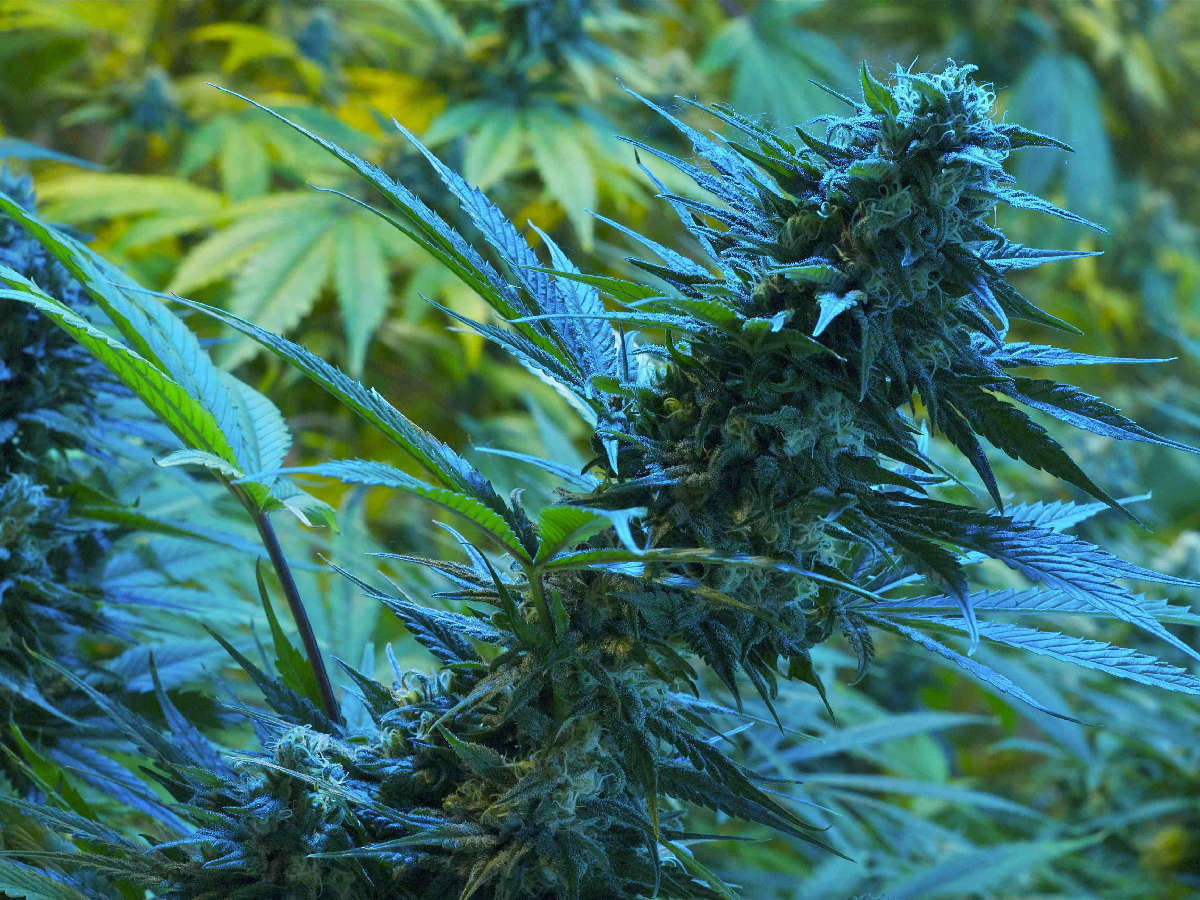 It looks like strong marijuana, but what if it doesn’t get you super high?© Copyright, Gary Anderson, 2015
By Gary Anderson | Published: February 10, 2016

So you just finished drying and curing a marijuana strain you haven’t grown before, and you’re looking forward to a new, incredible high.

The bud looks and smells good.

You put the bud in a bowl and light it. The smoke tastes good and goes down smooth.

The ash is white (which means the bud is free of fertilizer salts).

You smoke the bowl and wait for the high. But it doesn’t hit you hard, not as hard as you expected or wanted.

You reload and take a few more tokes. Pretty soon, you’re high, but it’s nothing special.

This just isn’t the kick-ass weed you’d heard it was.

I had this situation happen when I grew expensive clones of Blue Dream cannabis.

The marijuana plants looked great from start to finish. I had no doubt I was going to harvest some mind-bending smoke. But the buds were duds. The high was meh.

I was so disappointed I actually gave a handful of those sticky Blue Dream nugs to a friend of mine, telling him not to expect much.

Much to my surprise, he called me that evening, ranting that he was blasted out of his head.

He loved that Blue Dream!

My friend doesn’t get high as much as I do, but he’s been a marijuana grower too, and he understands what strong marijuana is.

Encouraged by his enthusiastic opinion, I loaded up another bowl and finished it.

Again, I barely felt it. I told my friend he could have the entire two pounds of Blue Dream I’d grown, if he gave me $2000.

He happily forked over the cash.

But that didn’t solve the problem of evaluating buds to see for sure if they’re strong marijuana.

My friend said it was kick-ass weed, but my head said no.

My first thought was that I’d been smoking so much that I’d built up tolerance.

I’d been hitting some dabs, and my head was clogged up too much to feel the buds.

The obvious answer was, when I’m ready to test some newly-ready buds, I need to lay off getting high for a few days ahead of time.

That’ll clear my head and give me a good clean base to start from.

Another tactic for figuring out if you’ve grown strong marijuana is to share your marijuana, like what I did when I gave Blue Dream buds to my friend.

Share your buds with a few close stoner friends and get their opinions.

Ideally, it would be friends who get high all day every day, and others who only get high a couple of times a week.

Sometimes you can’t trust your own head. But when a group of experienced marijuana users sample your marijuana, their opinions give you useful insight.

In some states, you can bring your buds to a marijuana testing laboratory and get professional cannabis analysis.

A good lab will test for cannabinoid potency, as well as terpenoid percentages.

Terpenoids are non-cannabinoid compounds that have medicinal properties and also potentiate and moderate the effects of THC and other cannabinoids.

In most popular cannabis strains, you’ll find THC levels above 20%, and not much if any CBD or CBN.

So what makes the difference in the high you experience if you inhale two marijuana strains that both have 22% THC, and pretty much the same percentages of CBD and CBN?

CBD and CBN affect your high, and so do terpenoids.

Turns out terpenoid differences account for the differences in high for marijuana strains that have nearly-identical amounts and ratios of THC, CBD, and CBN.

One other benefit of having your marijuana tested is that some labs test for contaminants such as pests, poisons, molds, and mildews.

Another benefit is you’ll learn precisely which marijuana strains have the cannabinoid and terpenoid ratios, percentages, and relationships that give you the highs you most love.

The quest for strong marijuana is what it’s all about for growers, but sometimes your head isn’t the only or best way to judge whether your weed is strong or not.

On the other hand, even if a dozen of my stoner friends told me Blue Dream is fire dank, if I laid off getting high for a few days, smoked it, and felt it was boring, I’m not going to grow or use that marijuana strain again.

I hope you never work hard for an entire season only to take your first hits of that weed and find out it sucks.

But before you sell it or give it all away, try the tactics we explored in this article.