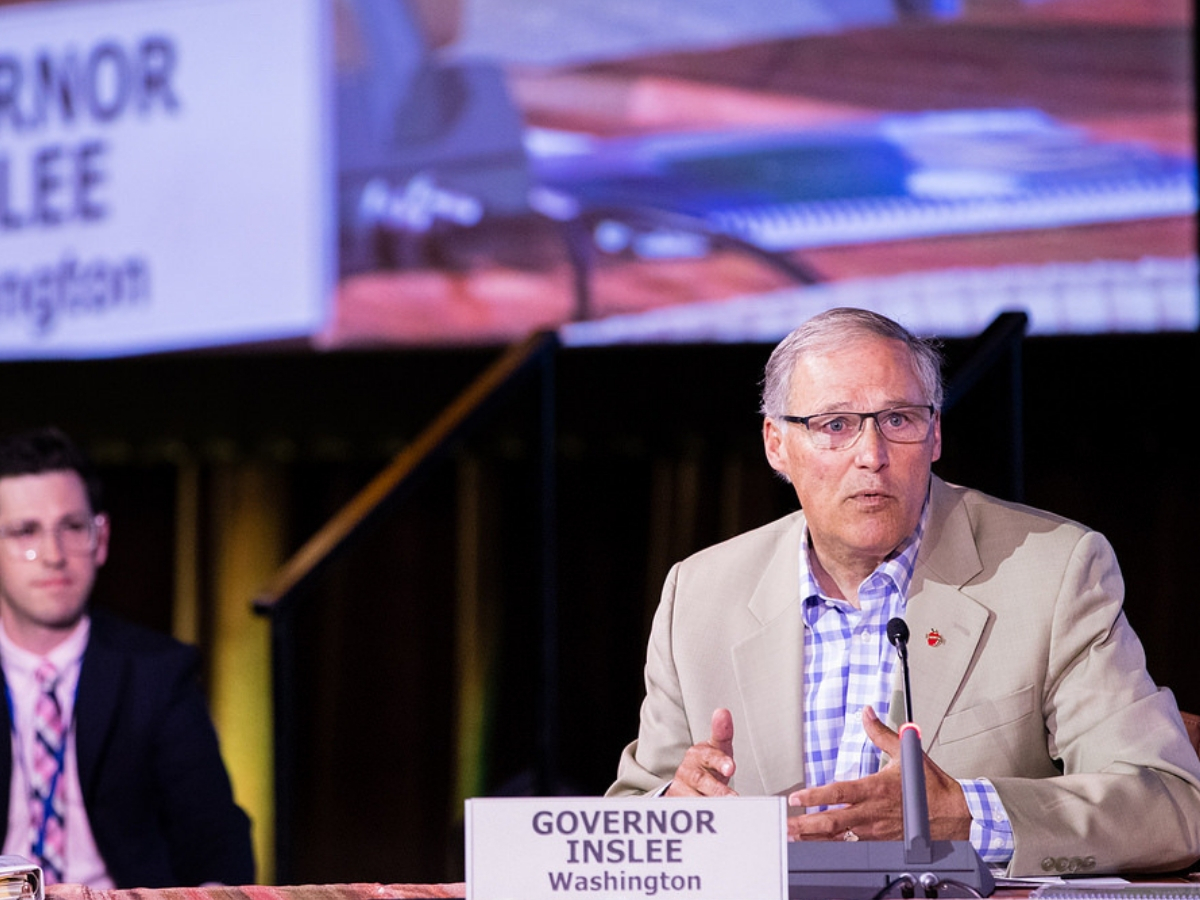 Washington state is taking a much-needed step toward cannabis justice.

Governor Jay Inslee on Friday announced the Marijuana Justice Initiative, a plan to pardon thousands of misdemeanor cannabis possession convictions throughout the state. According to Inslee’s official governor website:

The initiative will provide an expedited process to grant pardons to people with a single misdemeanor conviction on their criminal record for adult marijuana possession prosecuted under Washington state law. … The conviction must have occurred between January 1, 1998 and December 5, 2012, when I-502 legalized marijuana possession.

The new policy will allow about 3,500 people to apply for and receive a pardon without a lawyer or a day in court, providing clemency relief for a behavior that is no longer treated as illegal.

“This is a necessary first step for repairing the racially disparate harms of marijuana prohibition,” says Jolene Forman, senior staff attorney for the Drug Policy Alliance. “This will give thousands of people a fresh start to pursue education and employment without the stain of a criminal conviction.”

Gov. Inslee publicly discussed the proposal at a cannabis industry summit in SeaTac, and while he’s likely harnessing positive attention amid rumors of a potential presidential run in 2020, this program will undoubtedly benefit those people with unjust, outdated cannabis charges.

“The governor is to be commended for taking this proactive stance,” says Paul Armentano, deputy director of the National Organization for the Reform of Marijuana Laws (NORML). “Thousands of citizens unduly carry the undue burden and stigmatization of a past conviction for behavior that is no longer considered to be a crime. Our sense of justice and our principles of fairness demand that officials move swiftly to right the past wrongs of cannabis prohibition and criminalization.”

The Evergreen State passed a recreational cannabis referendum on December 6, 2012, with cannabis sales officially beginning July 8, 2014. It was among the first states to legalize recreational cannabis for adult use in the United States, and is now one of 10 states with enacted legalization policies.

More than six years later, many lawmakers have only recently begun incorporating discussion of amendments for record expungement, resentencing, decriminalization and social equity programs into legalization policies. This past October, California Governor Jerry Brown signed a bill to review and expunge cannabis-related records, according to NORML.

“Black and brown people are much more likely to be arrested for marijuana offenses than white people, despite similar rates of use across races,” Forman adds. “We encourage Governor Inslee to clear all prior marijuana convictions, in order to repair the historical inequities in marijuana enforcement. People convicted of marijuana offenses before legalization should be treated like they would be today.”

Even though the Pacific Northwest has a booming recreational market, the arrest rates in predominantly black communities remain disproportionate. The American Civil Liberties Union of Washington reported that in 2014, the first year with legal cannabis sales in the state, a black adult remained three times more likely to face low-level cannabis charges than a white adult.

“Branding these individuals, many of whom are at an age when they are just beginning their professional careers, as lifelong criminals results in a litany of lost opportunities, including the potential loss of employment, housing, voting rights, professional licensing and student aid, and serves no legitimate societal purpose,” Armentano says. “It makes no sense to continue to punish people for actions that are no longer considered to be criminal in nature.”

From Corn Husks To Cones: A Brief History of Rolling Papers
The Bright Stuff: Setting The Record Straight On Grow Room Lighting