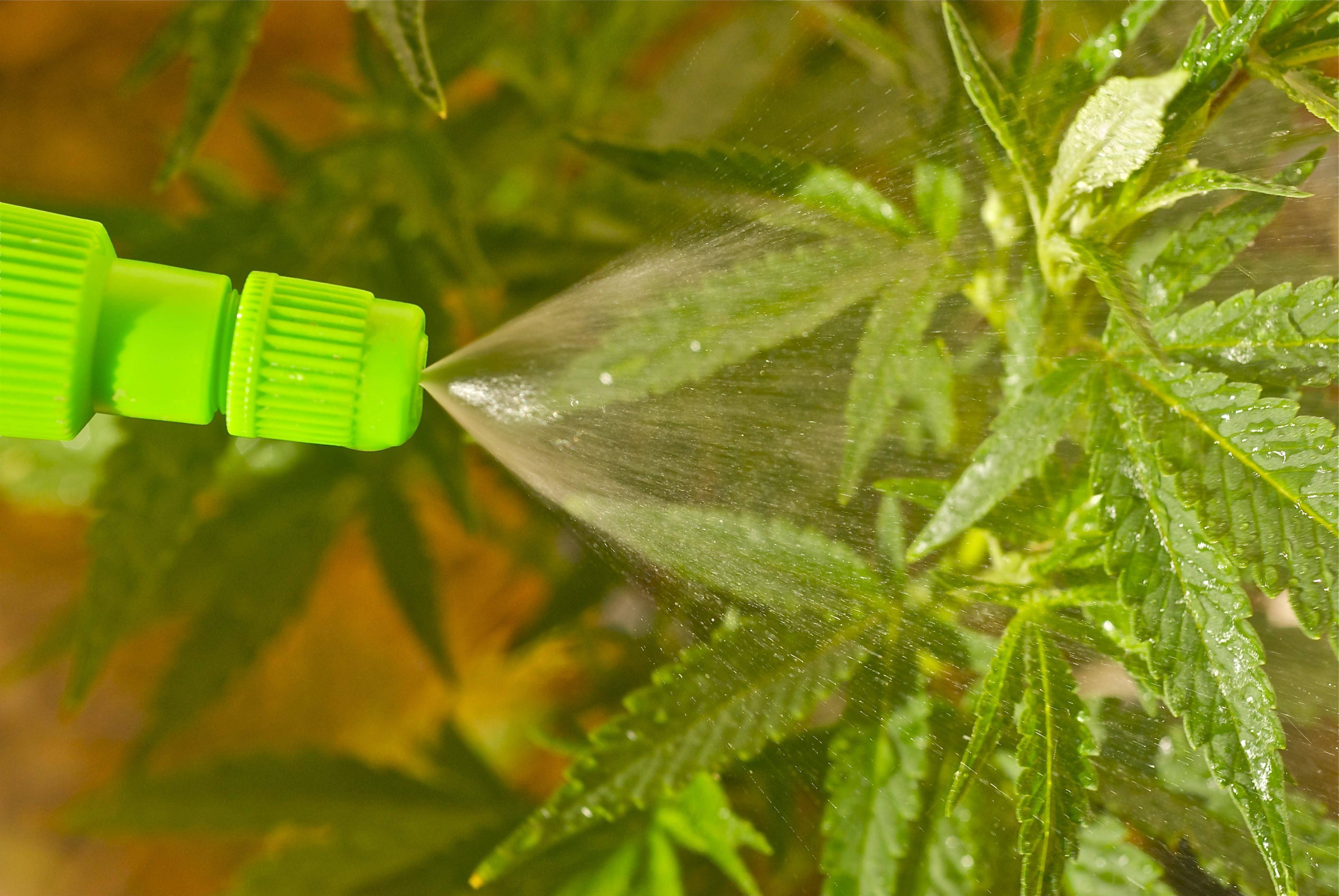 Marijuana responds to added carbohydrates and amino acids the same way endurance athletes respond when they load carbs before competing.

Your hydroponics plants have more energy, vigor, and yield when you feed them carbohydrates, vitamins and amino acids through their roots.

And marijuana growers have long believed that you pouring carbos and other enhancers into your root zone can make your buds more sugary, and more tasty.

In old school days when Colombian Gold sold in the USA for $20 an ounce, Colombian farmers poured sugar, vanilla, cinnamon or molasses into their marijuana root zone, hoping to sweeten their crops.

But you have to be careful about what you use…

One “carbo” product to avoid is Brix Plus.

Its maker recommends spraying it on your crops a few days before harvest. Some people use it after harvest to add weight and make crappy weed taste better.

Used during growing phases, Brix Plus clogs leaf openings (stomata) that your marijuana plants breathe through.

Dishonest cannabis dealers use Brix Plus to pad their weed weight.

But how accurate is this advertising, and what if any carbo product actually makes your buds taste, smell and grow better?

While trying to answer these questions, I found a weird and totally bogus article about spraying carbohydrates on plants.

The article is in the December, 2010 issue of Maximum Yield hydroponics magazine, authored by “Craig Gribble.”

So why would Craig Gribble tell us otherwise?

He’s giving bad info so he can make money off of hydroponics foliar spray products such as Liquid Light and Saturator.

Too bad Gribble fails to mention that Tukey’s research was conducted more than half a century ago on non-marijuana crops, and has been superseded by marijuana-specific research.

Gribble wants us to believe hydroponics marijuana roots do not uptake carbohydrates, amino acids and other non-nutrient substances.

But you can read scientific reports showing Gribble’s theories are off base.

Notice I use the term “foliar spraying” rather than “foliar feeding,” because most foliar benefits are protective rather than nutritional.

For example, I foliar spray beneficial microbes and potassium silicate on my early-phase crops, because this helps defeat molds, mildews, and pests such as spider mites.

If my crops are in trouble and I can’t wait for the root zone to do its job, I’ll try foliar spraying and usually I can get least get some nutrition into the plants that way.

Realize that some portion of what you spray on your marijuana crops is likely to be on them as residue when you harvest, especially if you spray during late bloom phase.

Foliar sprays affect the taste of your buds, and create health problems for anyone who smokes your buds.

So it’s easy to see Gribble is mistaken about marijuana roots, carbohydrates, and foliar feeding, but what’s the real story about how to use carb products to amp up the quality and quantity of your marijuana harvests?

Old school growers still use molasses and other crude materials, but those materials can cause root zone problems, and it’s unclear if they make your buds sweeter, bigger, or higher in THC.

It’s easier to use a hydroponics formula like Bud Candy–a marijuana-engineered carbo booster that provides complex carbohydrates and proprietary materials that infuse into your plants via roots to boost the scent, taste, size and potency of your buds.

Hydroponics carbo boosters such as Bud Candy provide blooming hydroponics marijuana plants extra energy at a time when they’re running out of energy due to intense metabolic demands.

Marijuana grow guru Jorge Cervantes and other knowledgeable cannabis cultivation experts publicly state that marijuana plants’ roots are the intake engine for nutritional elements, carbohydrates, and all other substances necessary for cannabis growth and yield.

I have to side with all the marijuana experts who disagree with Gribble.

In fact, Dutch Master’s Gribble disses your marijuana’s roots and misleads you about how get sugary marijuana buds.

This controversy exposes a crucial difference between Big Buds and Maximum Yield.

In Maximum Yield magazine and at its indoor gardening expo events, nobody is allowed to mention marijuana.

This makes it impossible to have a transparent marijuana cultivation discussion so you know what products are good to use for your cannabis crops.

Unlike the Maximum Yield people, I am a marijuana grower who risks his life and freedom to grow pot, and I write for Big Buds because I want you to safely grow your dankest, most valuable buds ever!!

Compare that to Maximum Yield, Gribble, and Dutch Master: they’re NOT marijuana growers, and will never tell you how to get the dankest, kindest buds from your marijuana.

And this is why marijuana growers turn to BigBudsMag.com–instead of Maximum Yield–when they want crop-boosting marijuana cultivation information.

It’s easy to see your marijuana plants want to be fed through their roots, and when you give them the right carboyhydrates and other root boosters, you get bigger, sugary marijuana buds.

It’s also easy to see that Gribble’s mistaken opinion about marijuana root feeding versus foliar feeding is bitter medicine for you and your marijuana buds.