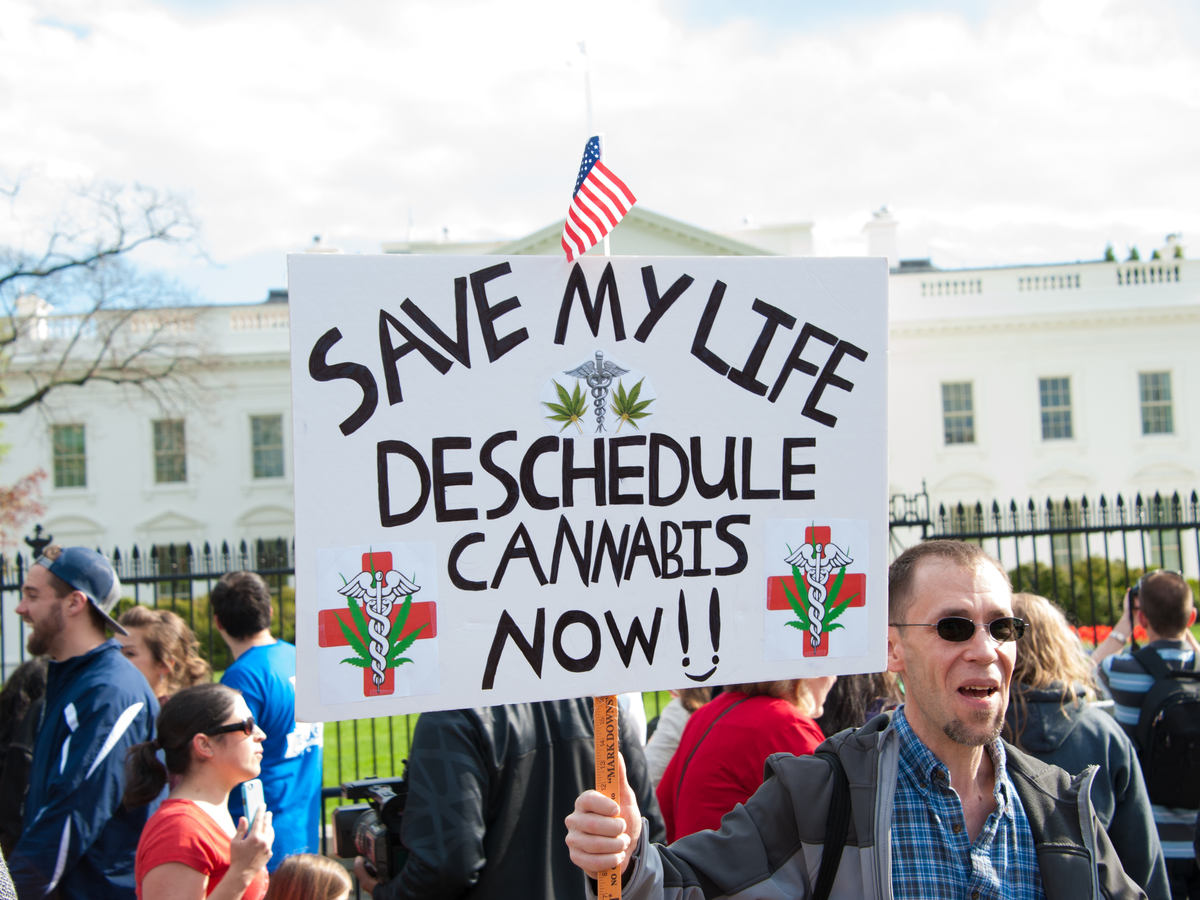 Now a newbie Virginia Republican member of the U.S. House of Representatives is attempting the same thing.

Virginia Representative Thomas Garrett is pushing a bill that completely removes cannabis from the Controlled Substances Act (CSA) and its “schedule” listing of “contraband drugs.”

Cannabis is currently designated as Schedule One, along with drugs like heroin.

The federal government, and especially the Drug Enforcement Administration (DEA) that creates the CSA schedule, claims marijuana has high potential for addiction and abuse, with no medical benefits.

This despite the fact that hundreds of studies show marijuana has many medical benefits, is safer than pharmaceuticals, and isn’t addictive.

If Garrett is successful in changing federal marijuana laws, there would be several benefits:

His proposed law specifically allows states to set their own marijuana laws.

States that have legalized marijuana would no longer be in conflict with federal marijuana law.

But states that want marijuana to remain illegal could continue to keep it illegal.

Also, transportation of legalized marijuana into illegal marijuana states would still be a federal crime.

“The Trump administration and Attorney General Jeff Sessions promised to crack down on federal marijuana crimes. During his confirmation, then-Senator Sessions pointed out that if legislators did not like this approach, they should change the laws accordingly. This new law would allow states to determine appropriate medicinal use and allows for industrial hemp growth, something that will provide a major economic boost to agricultural development in Southside Virginia,” Garrett said.

Even though Garrett is a Republican and former prosecutor, part of the motivation for his proposal is to challenge anti-marijuana rhetoric we’ve heard from President Donald Trump and Attorney General Jeff Sessions.

Earlier in 2017, he threatened to use federal law enforcement and prosecutors to interfere with state marijuana legalization.

But then he got into political trouble for apparently lying to senators who asked him during his confirmation hearings about contacts between Trump’s gang and Russian agents.

The attorney general claimed he had no contacts with the Russians last year.

It turns out he did.

Given that Congress is controlled by Republicans, it’s unlikely Jeff Sessions will be prosecuted for his perjury.

But the scandal seems to have distracted him from starting a war on legalized cannabis states.

Sessions recently announced that the Department of Justice doesn’t have enough money to interfere with legalized marijuana states.

Earlier this month, nearly a dozen senators sent a letter to Jeff Sessions asking him not to mess with state marijuana legalization.

What are the chances that federal marijuana decriminalization will pass this year?

Almost all Republican members of Congress, and about 50% of Congressional Democrats, oppose federal marijuana legalization… even though 70% of Americans favor legalization.

“The marijuana growing, processing, and retail industry are projected to be worth at least $20 billion by 2019, with more than a quarter million people employed in legal cannabis jobs,” explains Michael Straumietis, founder of  Advanced Nutrients. “The politicians aren’t in line with science, economics, or what voters want.”

This doesn’t go anywhere near as far as Garrett’s legalization proposal, but would provide some benefits, he said.

Straumietis says a congressional directive known as the “Rohrabacher-Farr amendment” is another important piece of marijuana legislation he’s tracking.

“It’s an annual amendment that prohibits the Department of Justice from spending money to interfere with the legal medical marijuana industry,” he explains. “Problem is, Rohrabacher-Farr expires in April, 2017, and there’s no guarantee it will be renewed. Growers should contact their members of Congress, and urge them to renew this law and support Garrett’s federal decriminalization proposal.”