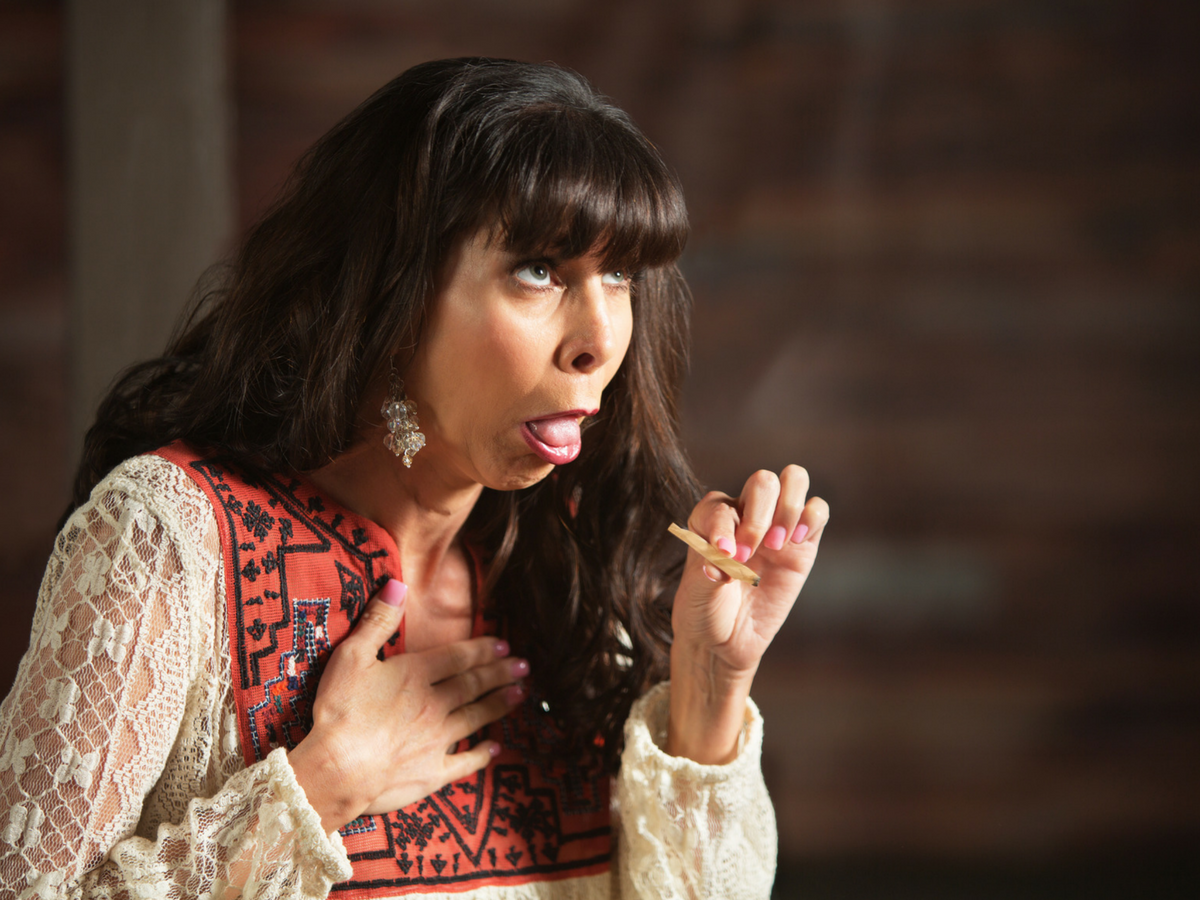 What do you tell people who claim marijuana is bad for you because smoke is baaaad for your lungs?

Some of us tell those people about the latest studies showing smoked marijuana may well be good for your lungs. although of course we admit that inhaling smoke sometimes causes us problems.

Or maybe we whip out a marijuana vaporizer and say, “Look, it’s vapor, not smoke!”

But did you know that vaporizing marijuana has to be done just right, or you’re actually wasting your bud?

In some cases, a defective or inferior vaporizer may be creating as many problems as it solves, and I hate to say it but a lot of the vaporizers being sold to our marijuana community are inferior or defective.

Time for us to reconsider the vaporizer versus flame debate. We need to understand some basic facts about how marijuana gets you high.

It starts when you apply heat to THC, other cannabinoids, and other compounds in marijuana and deliver these heated compounds to your blood via your lungs.

If you stick your nose close to a bud and inhale deeply, you’re getting some molecules of unheated marijuana compounds into your respiratory tract, but those molecules haven’t been heated and won’t get you truly high.

The science behind this is that raw, unheated bud contains Δ9 Tetrahydrocannabinolic acid.  THC in its acid form won’t get you high.

When you apply heat, you “decarboxylate” the acid compound to create an activated form of delta-9 THC that gets you high.

The big question is whether flame or vaporization is the best kind of heat delivery when you want to inhale activated marijuana compounds.

To Vape or Flame…That is the Burning Marijuana Question

Smoking a joint, or out of a pipe or bong, you heat marijuana with direct contact to a flame, so it lights the marijuana on fire, producing many of the same lung-harming sooty byproducts as you’d get from lighting tobacco or wood on fire.

In that overheated combustion process, you’re certainly activating THC and other cannabinoids so they get you high.

You’re also sending heat, particulates, tars, toxins, and other crap into your lungs.

When people first thought about vaporizers, they were hoping to heat marijuana just enough to activate THC and other cannabinoids, without burning marijuana so you’re inhaling a gray cloud of particulates.

They were also hoping to limit the characteristic smell of burned marijuana to deter snoopy sniffers who nark you if they smell your burning medicine.

Nowadays you can get high-tech vaporizers with digital temperature controls, inhaler bags, and flashing lights. Or itty bitty “vaporizers” that are nothing more than a glass tube. And everything in between.

Many years before I saw a commercially-produced vaporizer, I used a primitive homemade vaporizer that was just a two-inch in diameter soldering iron-type platform with a fishbowl that fit on top and a gasket that allowed a hookah tube and mouthpiece to cover the opening.

The science whiz who showed it to me had made it himself. He put some reefer on the little hotplate, put the globe back on, plugged the device in.

In a few minutes the globe filled with vapor, and we took hits off the hookah. It didn’t taste or smell like marijuana smoke.

It made me cough, and it made me high, but the high was not the same as it was when I smoked the same weed in a joint or bong.

I didn’t think his contraption was anything more than an entertaining party trick, and I continued to prefer joints, pipes and bongs.

But hey, take a look at this Paris Hilton massive vaporizer Jack Herer marijuana video filmed at the Sensi Hashish Museum in Amsterdam. Now this really is impressive…

Fast forward to 2012 and we’ve got so many styles and brands of vaporizers that you’d think nobody buys rolling papers or bongs anymore.

You can categorize vaporizers into two main types. It’s the “whips” versus the “bags.”

You know…the vaporizers that have tubes coming out of them (whips), or the ones that fill up a bag with vapor and you inhale from the bag.

Yes of course there are vaporizer sub-categories, such as tiny “vaporizer” units that require a flame. Most vaporizers use no flame. They use some kind of electrical heating element.

The main selling point of high-end vaporizers is that they’re not combusting the plant material. They’re only heating it enough to create cannabis vapors.

The heat turns the volatile marijuana resins into activated vapor, so you get the vapor without the tars and other crap.

But the big question about specific vaporizer models has to do with temperature consistency, and temperature control. THC and other cannabinoids need to be precisely heated or they won’t vaporize/activate properly together.

If you underheat marijuana, you don’t get full decarboxylation or vaporization of all cannabinoids.

On the other hand, if the vaporization unit temperature is too high, you get combustion or near-combustion.

This may well give you a full vape of cannabinoids and other high-producing compounds, but it also results in creation of combustion byproducts that don’t get you high and are bad for your lungs.

Do you believe science has figured out the absolutely perfect temperatures to heat cannabis so you get all the high you want with no combustion byproducts?

How can we get the “perfect vaporizer” so you get all the fun and none of the lung trouble when you use marijuana?

Cannabinoid vaporization science is still in the argumentative phase. Some researchers claim the ideal temperature is in a range of 250-450 degree Fahrenheit.

Others say it’s a much narrower range: 350-400 degrees Fahrenheit.

Marijuana contains between 50-70 compounds that could be part of the marijuana high and/or marijuana’s medical effects, and each of those compounds has its own volatility and vaporization characteristics.

Some terpenoids vaporize at 259°F, but our most favorite cannabinoids such as cannabidiol (CBD), cannabinol (CBN), and delta-9-tetrahydrocannabinol (THC) do not vaporize until they hit 403°F, 415°F, and 301°F, respectively.

Please note that scientists keep changing the precise temperatures for vaporization of various cannabis compounds, so you might see different temperatures listed, and should experiment to determine what temperatures work best for you.

If your particular vaporizer doesn’t have precise temperature controls and a consistent heating element, you can experience problems.

Using vaporizer devices such as the Volcano, where vapors are gathered into a bag that you inhale from, your device first heats up the terpenoids and those go into your vaporizer bag.

If you take a hit, you get mostly aromatics, and not as much cannabinoids. Later on, as the vaporizer heats up to the temperatures needed to vaporize CBD, CBN, and THC, your next hits might be loaded with more of those “Big Three” cannabinoids.

When I smoke a joint or flame-lit bowl, I get all the cannabinoids and terpenoids at once, and yes I get tar, toxins and particulates too.

As a flame user, I try to minimize lung pollution by smoking bubblehash, budder or some other type of extract.

How do I know vaporizers are better for me?

The Volcano’s vapor was 95% THC with traces of cannabinol (CBN).

The remaining 5% consisted of small amounts of three other components: a minor cannabinoid, a suspected polycyclic aromatic hydrocarbon (PAHs), and an unspecified aromatic. PAHs are classified as pollutants.

But the Volcano is a lot better than smoked marijuana. Testing of smoke from a marijuana joint found dozens more compounds, and at least a half dozen PAHs. Only 12% of the smoked sample contained cannabinoids.

What a waste of bud!

In future articles I’ll talk more about how to get quality vaporizers that work well and last a long time.

I’ve heard many sad tales from marijuana people who bought that cost $200, $300, or even more, but the vaporizers didn’t work properly, and the companies that made them and the head shops that sold them wouldn’t offer refunds or replacements.

As we discussed in the marijuana inhalation article, marijuana smoke is not all that bad for your lungs, unless you’re smoking ten or more grams per day.

The marijuana strains I grow produce the highest THC and resin gland percentages, because I often make bubblehash out of it. There are very little if any toxins generated when you light and inhale bubblehash.

The flame versus vaporizer debate has been settled for me.

I carry my portable digital vaporizer wherever I go. But joints, bongs, and pipes are always going to have a place in our marijuana community.

If it delivers THC, I’m not going to turn it down, but vaporizers are the best way to use marijuana…if you’re concerned about your lungs, safety, and getting the most desirable high from your bud.