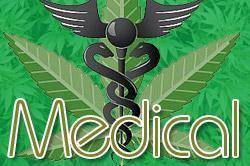 By Mary Lynn Mathre | Published: June 29, 2011
Approximately 10 million Americans over the age of 50 have osteoporosis and 80% of them are women. An additional 34 million Americans have low bone mass or osteopenia which predisposes them to developing osteoporosis. New research is now revealing that the endocannabinoid system plays a significant natural roll in the development of bone mass, leading to the question of whether or not medicinal cannabis can play a roll in fighting osteoporosis.

The word osteoporosis means “porous bones,” and is associated with the aging process. It is a condition in which our bones lose their mineral content and mass, becoming more fragile and prone to fractures. Any bones can be affected, but the hip and spine are the most vulnerable. It is estimated that one in two women and about one in four men over the age of 50 will suffer from an osteoporosis-related fracture during their lifetime.

Biphosphonate medications such as Boniva, Fosamax, Reclast and Actonel are commonly prescribed for the prevention and treatment of osteoporosis. However, they come with side effects, the most common being nausea, upset stomach and inflammation of the esophagus. In addition, some patients experience bone, joint and muscle pain, cardiac arrhythmias, and a rare side effect called osteonecrosis (bone damage) of the jaw. On January 11, 2011 the FDA issued a new warning about these medications. It appears that after taking any of these medications for five years, the bones may actually become too brittle and cause thigh bone fractures with little or no preceding trauma.

Given the severe side effects of prescription drugs, a safe alternative is obviously being sought.
In normal bone growth, there is a balance between osteoblasts (the bone forming cells) and osteoclasts (the bone reabsorbing cells). As we age, the osteoblasts don’t keep up with the osteoclasts, which leads to osteoporosis. Recently, the main components of the endocannabinoid system (ECS), including the CB1 and CB2 receptors, and the 2 main endocannabinoids (anandamid and 2-AG), have been found in the skeleton and are involved in the regulation of bone metabolism.  CB1 receptor deficiency in aged mice causes an age-dependent osteoporosis due to a marked increase in bone resorption and a reduction in bone formation, leading to increased fat cells in the bone marrow.

CB2 receptors are expressed in osteoblasts and osteoclasts, and their activation stimulates bone formation and inhibits bone resorption. Mice deficient in the CB2 receptors have a markedly accelerated age-related bone loss  However, activation of the CB2 receptors lessens the bone loss by restraining bone resorption and enhancing bone formation. Given this emerging understanding of the role of the ECS in bone formation, researchers believe that exogenous cannabinoids (natural or synthetic) will be a treatment for osteoporosis. In fact, an Israeli researcher found that the administration of THC and CBD to animals with bone fractures will stimulate the healing process.

In summary, it appears that the use of cannabis or cannabinoids for the prevention of osteoporosis may be a safer and more effective treatment than standard pharmaceuticals.  In addition, cannabis can enhance the healing process with bone fractures.

Mary Lynn Mathre is a Registered Nurse and Co-founder and President of Patients Out of Time.