Medical marijuana as a treatment option for neurodegenerative disorders such as Parkinson’s disease is increasing, and for good reason.

According to a study published in the medical journal Clinical Neuropharmacology, recent research conducted into the effect of inhaled medical cannabis on Parkinson’s patients showed an overall improvement in their symptoms. In this study, cannabis was found to reduce tremors, muscle stiffness and pain that often plagues Parkinson’s patients. Cannabis also helped patients sleep better and reduce their depression.

Parkinson’s disease (PD) is often thought of as a syndrome that only affects people aged 50 or older. However, around 4 percent of people with PD are well under that age, including Michael J. Fox and the late Muhammad Ali, who were diagnosed at ages 30 and 42, respectively.

Check out the below clip, courtesy of the Wall Street Journal, about how Muhammad Ali dealt with his Parkinson’s disease:

While more than 10 million people worldwide are living with PD, about one million of them are in the US. Each year there are about 60,000 new PD diagnoses. And men are one and a half times more likely to be diagnosed than women are.

The disease makes it difficult for the sufferer to control their body movements, which manifests as tremors, muscle rigidity, difficulty standing and walking, involuntary spasms, fatigue and poor balance. Over time, the person also suffers memory loss and dementia, and the ability to control their voice and body functions.

At present, PD has no known cure, nor are doctors sure what causes it, aside from falling dopamine levels. The common clinical treatment medication levodopa often has severe side effects including nausea, confusion, hair loss and insomnia. These side effects often exacerbate rather than relieve Parkinson’s symptoms.

Given that cannabis is known as a muscle relaxer, analgesic, neurological restorer and antispasmodic, a small but increasing number of scientists and doctors are interested in knowing how cannabis can help those living with PD.

The endocannabinoid system — i.e., the body’s neurotransmitter network, which processes the body’s cannabinoids that pervade the blood-brain barrier — is involved in neurological functions that include movement control and nerve signal transmission.

Cannabis is believed to have neuroprotective effects that include decreasing the amount and rate of neural degeneration, which is suspected of playing a role in the development and worsening of Parkinson’s disease.

While there is presently little clinical research on the treatment of Parkinson’s patients with medical marijuana, the research that has been carried out is inconclusive and has largely focused on artificial cannabinoids or cannabidiol (CBD).

One study, published by the National Center for Biotechnology Information, discussed the benefit of cannabis for Parkinson’s patients and found that the coadministration of artificial THC medicine nabilone increased the benefits of levodopa while reducing its negative side effects.

I’ve spoken with two people who have Parkinson’s, one a 43-year-old and the other aged in his 70s. These patients were part of a Parkinson’s support group, and were vaporizing whole cannabis, as well as medibles and sublingual tinctures.

Both patients affirmed that levodopa sometimes makes them feel worse instead of better. After trying nabilone and CBD oil and comparing it to using whole cannabis, they felt that as a treatment for Parkinson’s disease, the whole-cannabis approach that includes THC, plus other cannabinoids and terpenes, is far superior to CBD by itself or standard non-cannabinoid pharmaceutical Parkinson’s medications.

One of the Parkinson’s patients who sought a doctor’s approval and guidance for using medical marijuana revealed that not only did the doctor know next to nothing about the plant, but also opposed its use altogether. The doctor told the patient that if he wanted to use cannabis, he’d have to find another doctor.

According to the company website, its “new strains take many years to get off the ground,” which involves selecting, breeding and stabilizing cannabis genetics that are aimed at specific medical conditions, including Parkinson’s, Alzheimer’s disease and bipolar disorder. Although most of Medicann’s breeding research takes place in the United States, it also utilizes breeders and genetics from Europe, Asia and Africa.

One of the strains Medicann recommends for Parkinson’s patients is a unique form of OG Kush developed in Southern California that boasts lineage of Chemdawg. It’s a 70-30 sativa-dominant strain, with THC percentages as high as 22 percent and CBD of 3 percent. The high CBD could account for OG Kush’s ability to calm one’s body of the tremors and tics often associated with Parkinson’s disease.

This strain is relatively easy to grow, yielding rock-solid Kush nugs after an 8–10-week bloom phase.

Another Medicann strain for Parkinson’s patients, Scrog CBD does well when grown in screen of green gardens, as the name suggests, but is also a winner in all methods of growing. The strain needs an 8–10-week bloom phase.

Medicann Seeds worked tirelessly to combine the original San Fernando Valley OG Kush with special variations of Sour Diesel and Suzy Q to create a unique 50-50 sativa-indica split that contains an average of 18 percent THC and 9 percent CBD. This unusual THC:CBD ratio has proven to be extremely helpful for some Parkinson’s patients. 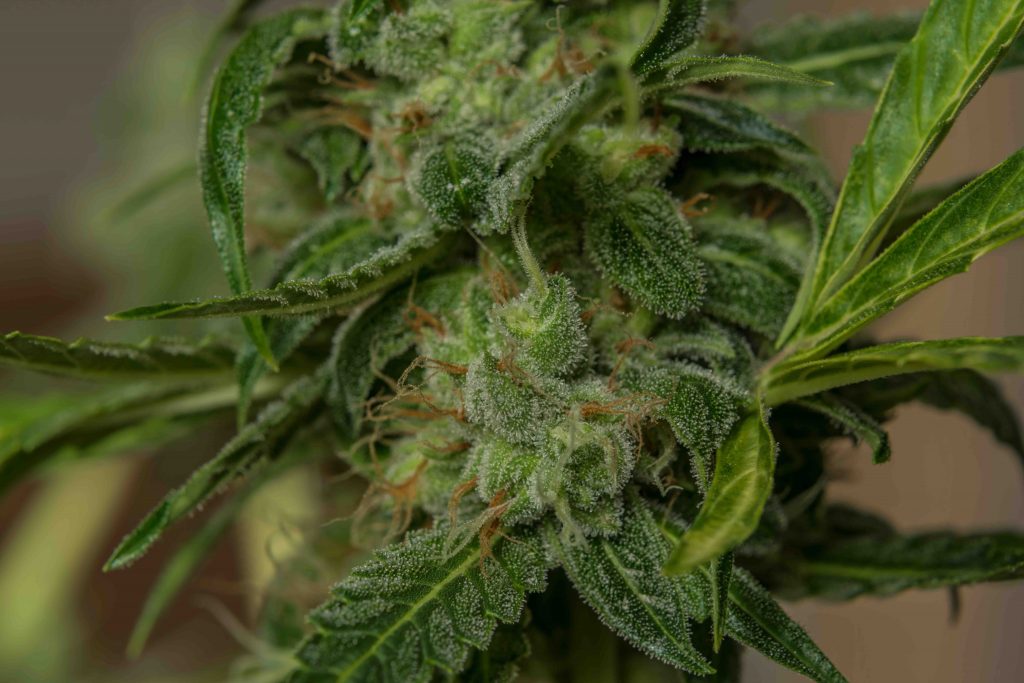 Many Parkinson’s patients are unable to grow their own cannabis. As the syndrome advances, it can be physically difficult to lift and place the equipment necessary to run a garden.

Becoming a cannabis caretaker for the elderly and for disabled patients who are unable to grow their own isn’t just a good entrepreneurial model, but also a kind, ethical act.

Although Parkinson’s disease differs to other movement and brain disorders such as multiple sclerosis-related tremors, epilepsy and Tourette’s syndrome, the physiological mechanisms by which cannabis helps patients with this category of syndromes appears to be interlinked, and medical cannabis is increasingly looked at as a promising therapeutic option for these patients.

Cannabis Revealed by Dr. Bonni Goldstein offers a useful overview of how and why cannabis affects the body. It also explains how medical marijuana helps movement disorder patients and fights diseases that pharmaceutical drugs are unable to fully treat.

Patients with Parkinson’s and other movement disorders are advised to consult with their physician before consuming cannabis. For more information on Parkinson’s disease, visit the Parkinson’s Foundation website.

Scents & Sensibility: 10 Tricks For Cultivating Maximum Terpene Concentration In Your Cannabis
Oregon’s Cannabis Excess: What Are They Going To Do With All That Extra Stash?