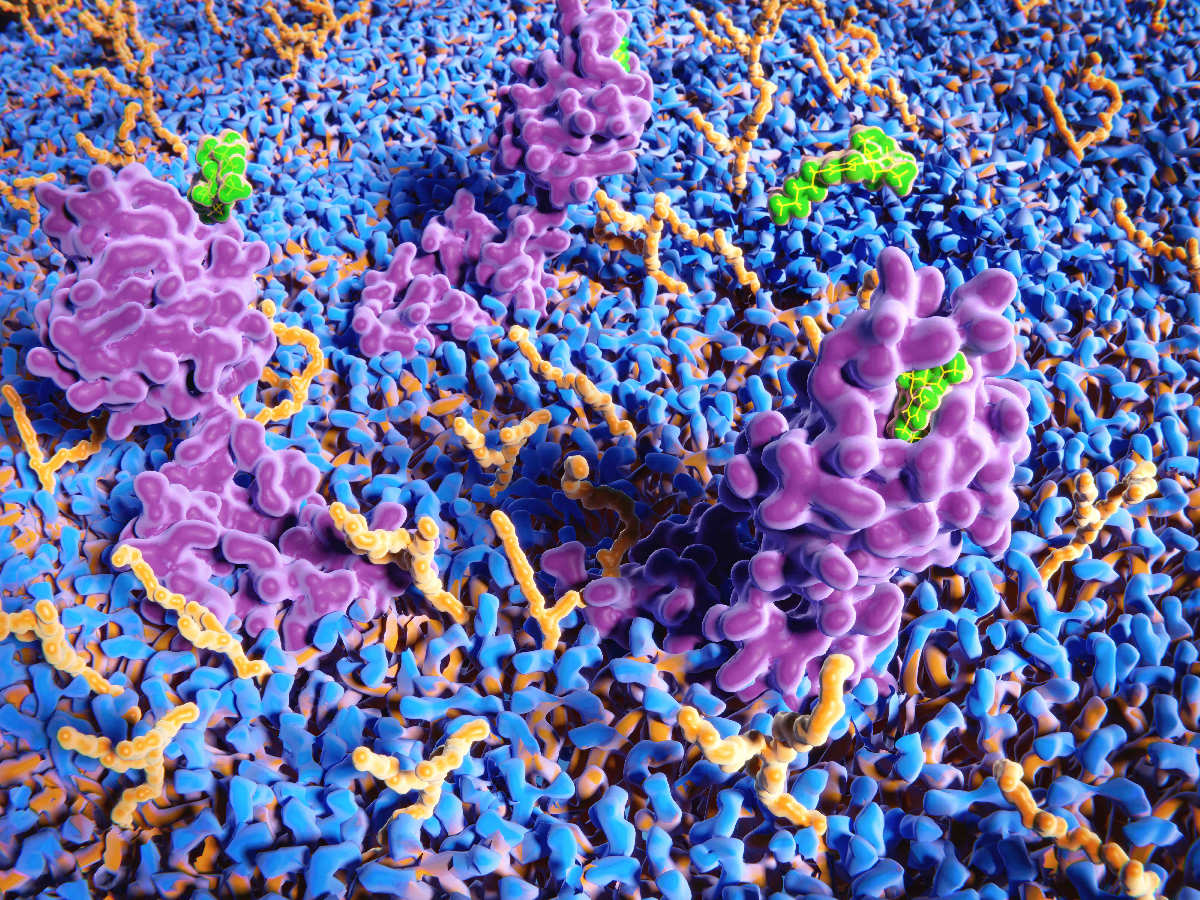 THC molecules binding to the cannabinoid receptor. The receptor appears mainly in the nervous system and is involved in appetite, pain sensation, mood and memory.
By Steve Davis | Published: August 5, 2018

If you love cannabis because you feel bad unless you consume it, then you could be suffering with a little-known medical syndrome called clinical endocannabinoid deficiency (CECD), which may be impacting your health and happiness.

Your body keeps itself alive via a network of neurohormonal regulatory systems, which operate via creation, circulation, transfer and actions of chemicals called neurotransmitters that bind with neuroreceptors within our cells.

When a neurotransmitter (including cannabis compounds that enter the body and function as neurotransmitters) binds with a neuroreceptor, it unlocks cellular activity to create a cascade of wide-reaching physiological changes. When neurohormonal systems malfunction, as is the case with CECD, then you suffer.

To make this complicated topic easier, check out the below video for a visual explanation of the endocannabinoid system.

Now, let’s dig deeper into the specifics of the endocannabinoid system and CECD, so you can better understand why these things are so important for a healthy, functional body.

The endocannabinoid system (ECS) is the body’s major neural-hormonal regulatory mechanism consisting of neuroreceptors, (labeled as CB1 and CB2), and endocannabinoid neurotransmitters, such as anandamide. The system also includes enzymes that affect the production, storage, function and longevity of endocannabinoids in the bloodstream and at neuroreceptor sites.

Cannabis produces compounds called cannabinoids that mimic endocannabinoids. Cannabinoids from cannabis taken into the body are called exogenous cannabinoids (the “exo” prefix denotes that they come from outside the body).

Cannabinoid receptors are present throughout the body, with especially dense presence in brain areas, the gut, organs and peripheral tissue.

Cannabis consumption floods CB1 and CB2 receptors with cannabinoids such as tetrahydrocannabinol and cannabidiol (THC and CBD). The flood of exo-cannabinoids radically and quickly alter the endocannabinoid system, creating what you subjectively experience as a marijuana high as well as any medicinal effects. Your neural-hormonal systems are likely to experience this as a disruptive event.

At its foundation, the primary purpose of the endocannabinoid system and other neural-hormonal systems is to help your body maintain homeostasis, i.e., to auto-regulate its internal environment to allow for stable conditions necessary for survival and adaptive behavior. Homeostasis systems are infinitely complex and interlinked. They’re responsible for how our bodies maintains safe levels of temperature, water, salt, sugar, protein, fat, calcium, oxygenation, blood flow, heart rate and neurological function. When homeostasis is interrupted, then disease, dysfunction and even death can result.

In a person who has never consumed cannabis or used it only a handful of times, the brain and body have a natural endocannabinoid system “tone” created by the body’s genetic and adaptive mechanisms. But when you chronically consume cannabis, you radically alter natural endocannabinoid system tone in ways that have unintended consequences, and could have permanent, harmful effects on your body.

Now that we have a basic understanding of endocannabinoids, exo-cannabinoids and the endocannabinoid system, we can explore clinical endocannabinoid deficiency. The CECD hypothesis was first proposed nearly 20 years ago, but at the time there wasn’t enough hard evidence to validate its existence.

Since then, objective proof in the form of clinical trial data has shown significant differences in cerebrospinal fluid anandamide levels in people with disorders such as migraine, while high-tech imaging studies demonstrated endocannabinoid system deficits associated with post-traumatic stress disorder.

Although medical science has yet to formally acknowledge clinical endocannabinoid deficiency as a verified medical condition, cannabis researchers have put forth reams of credible evidence proving that CECD does exist.

That evidence now indicates that all humans have an underlying endocannabinoid tone that’s a reflection of levels, production and metabolism of endocannabinoids anandamide and 2-arachidonoylglycerol, along with the relative abundance and functional efficiency of cannabinoid receptors.

Regarding CECD, there have been many claims within the field of psychiatry that depression and psychological conditions are caused by shortages, imbalances and dysfunction in neurotransmitter systems. When psychiatrists prescribe antidepressants in the treatment of depression, anxiety and mental disorders, they’re attempting to alter and repair neurotransmitter systems that are implicated in the production of serotonin, dopamine and choline.

The endocannabinoid system is dynamically involved with other neurotransmitter systems, especially those that modulate production of dopamine and serotonin. CB1 receptors are among the most common receptors in your brain, and this plethora of cannabinoid receptors and interlinking networks affect such crucial physiological or psychological states as motivation, sleep, pain, mood, hunger, happiness and sadness. 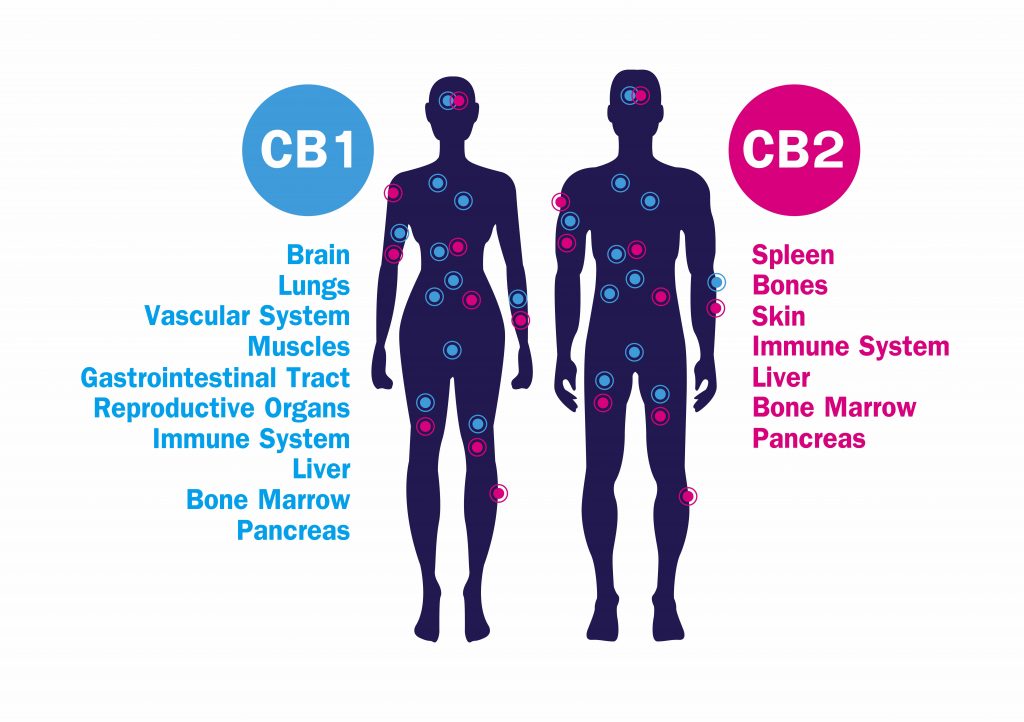 The endocannabinoid system acts as a connector between the body and mind, and has an impact on our immune system, nervous system and all the body’s organs.

Pioneering neurologist Dr. Ethan Russo is a leading expert on clinical endocannabinoid deficiency disorders. Currently director of research and development at the International Cannabis and Cannabinoids Institute, Russo’s findings indicate that CECD is implicated in medical conditions that affect tens of millions of people.

Migraines are only one of the many medical conditions Russo has examined in relation to clinical endocannabinoid deficiency. According to the Migraine Research Foundation, this neurological disease affects around 12 percent of the US population, and 18 percent of women. Indeed, the US experiences a health care and lost productivity cost as high as $36 billion per year due to these debilitating headaches.

In his research, Russo points out that anandamide influences serotonin receptor systems to reduce migraine frequency and pain. Also, exo-cannabinoid treatments can benefit migraine sufferers and have been found to be safer and more effective than pharmaceutical medicines.

In the US, cannabis was used as a preventive and curative for headaches in the 1800s, until marijuana prohibition in 1937.

Gastrointestinal and digestive disorders are also conditions that anandamide and exo-cannabinoids help with. For hundreds of years, until the onset of international cannabis prohibition in the 20th century, marijuana was commonly used to quell stomach pain, diarrhea and general gastrointestinal problems. Irritable bowel syndrome (IBS) is one of the most prevalent of these disorders. IBS includes a bewildering cycle of diarrhea, constipation, stomach spasms and pain, and digestive disruptions.

With patients using medical marijuana to treat gastrointestinal disorders, it would come as no surprised to learn that cannabinoid receptors are densely present in the digestive system, with the ECS appearing to regulate key gastrointestinal functions.

Medical marijuana legalization allows increasing numbers of IBS patients to turn to cannabis because standard medical interventions such as antidepressants, anti-inflammatories and opioids create negative side effects including colitis and cardiovascular issues.

The endocannabinoid system also plays a part in fibromyalgia, a puzzling and oft-misdiagnosed rheumatic chronic condition that creates areas of intense, intermittent pain, stiffness, and dysfunction in muscle, connective tissue and joints.

Fibromyalgia is often accompanied by depression and anxiety and affects women more than men. It’s also been commonly confused with conditions such as arthritis and neuropathic pain, and makes it difficult for patients to carry on a normal life because it impedes movement, sleep and energy.

Malfunctions in the endocannabinoid and serotonergic neurotransmitter systems cause onset or worsening of fibromyalgia, but consumption of exo-cannabinoids have had restorative effects that reduce or eliminate fibromyalgia symptoms.

Now that you have a better understanding of the endocannabinoid system, you’ll probably want to know if your system is malfunctioning. Stay tuned for Part 2 of our post, in which we discuss signs of CECD and what you can do to combat it.

The Good Soil: All The Dirt On Supercharging Soil For Successful Growing
Stirring The Pot: Here’s What Congress Is Doing For Veterans When It Comes To Cannabis