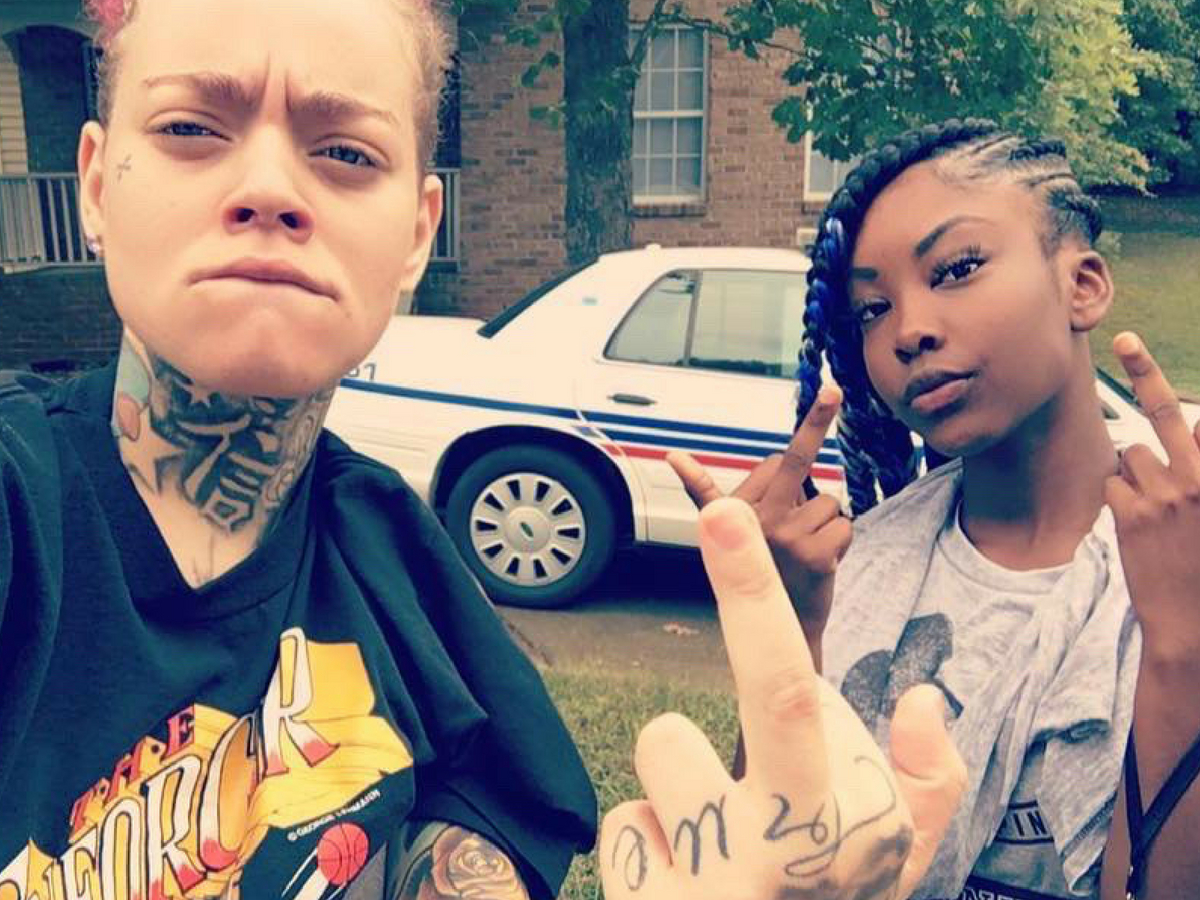 Here’s something you should never do — hand a lit blunt to a toddler. Or to three toddlers, for that matter.

In Winston-Salem, North Carolina, two women were arrested this week on child abuse charges after coaxing three children — between the ages of 18 months and three years old — to smoke a cigar-wrapped material that looked a lot like weed. According to a Winston-Salem Police Department press release, arresting officers said the cigar contained “an illegal substance,” but didn’t elaborate.

Michaela Pearson and Candice Little — who were babysitting the kids — can be heard in conversation while filming the three small children, with one of the women saying, “Which one of y’all wants to hit this?” That was quickly followed by a thrilled toddler voice saying, “Me!”

*Sensitive content* : 2 women from North Carolina giving children marijuana to smoke and posted the video on social media! According to reports they have been arrested and the children were brought to the hospital. #WBLS

The video post, which rapidly went viral on social media, shows a person passing the joint to each of the kids and encouraging them as they indulge. The post has since been shared and viewed by thousands of angry people decrying child endangerment.

At one point, the woman filming the event appears on the video herself, removing any doubt who police should question. Officers investigated the crime soon after receiving numerous reports from people who’d seen the video and discovered the children were being looked after by babysitters Pearson, 21, and Little,18.

The mother of the children — who asked Fox8 to conceal her identity because she was receiving death threats — said she’d left her children in the care of the two women, who are family friends.

“I trusted them,” said the mother, who was also shocked by the actions of Pearson and Little.

Commenters on the viral Facebook post noted that one of the kids was particularly adept at inhaling the substance, inferring that it might not have been the first time the kids had been encouraged to smoke. The Daily Mail seized the controversial moment as an anti-cannabis opportunity, with commenters on the platforms saying the women should have their kids taken away from them, not fully comprehending that the mother was not present during the crime.

Charged with felony child abuse and three counts of contributing to the delinquency of a minor, Winston-Salem police say Pearson and Little were each issued a $150,000 bond. The children were taken to a nearby hospital and treated, and are now back in the care of their mother.

In case this isn’t clear: Just like you shouldn’t hand a toddler a shot of whiskey or a cigarette, blunts are strictly off limits for kids.

Cann-I-Do: How To Plan A Weed-Themed Wedding For A Toke-Loving Twosome
Tincture And Treatment: Here’s Why Glycerin Cannabis Tincture Is Worth Trying