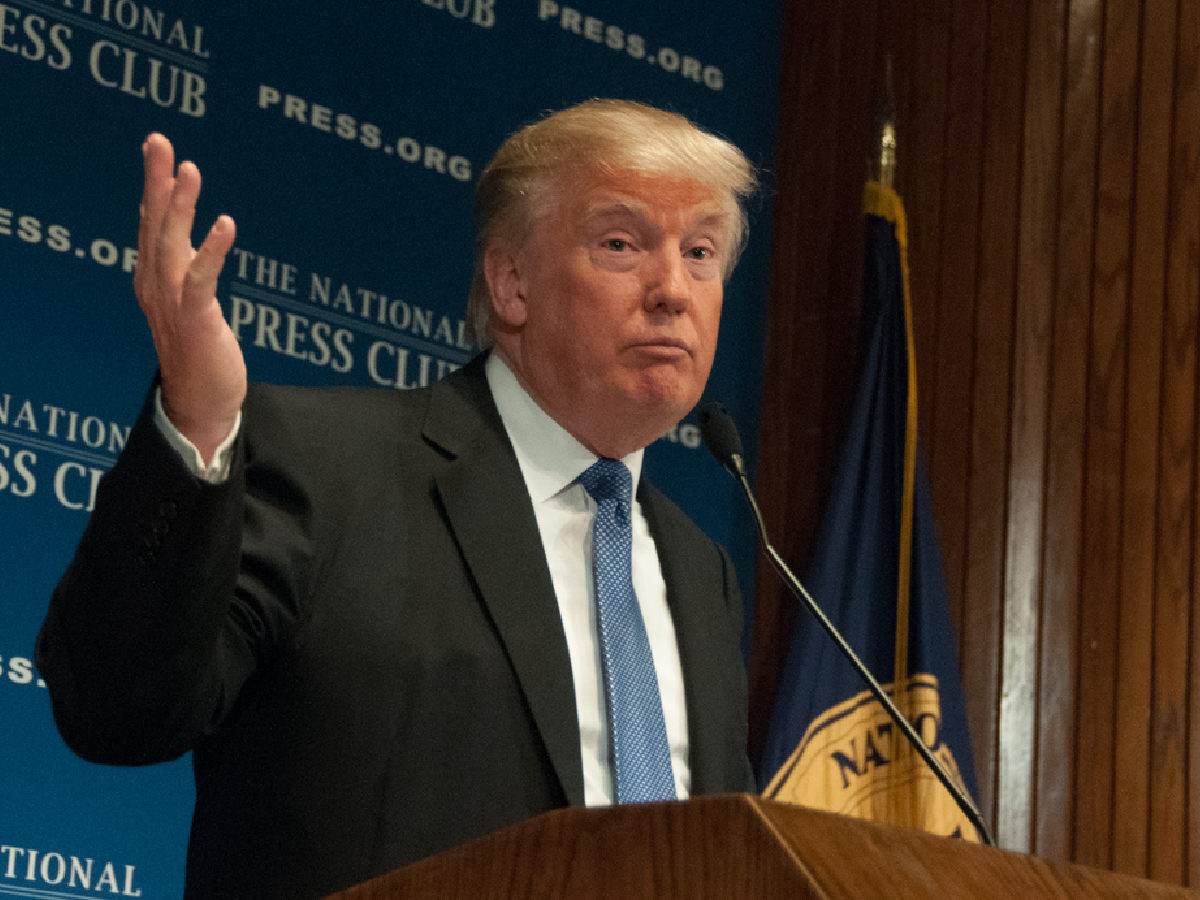 Shortly after Trump’s election in 2016, and again in April, 2017, Trump called Duterte to invite him to the White House as an “honored guest,” and to praise the Filipino leader’s brutal drug war.

And make no mistake, Duterte’s drug war is a real war… a war that so far has killed at least 7,000 people.

President Duterte made a public, serious threat to kill any of his children who get involved with marijuana and other illegal drugs!

Official White House press statements said that during the phone calls, Trump and Duterte “discussed the fact that the Philippine government is fighting very hard to rid its country of drugs, a scourge that affects many countries throughout the world.”

This despite the fact that a Filipino attorney recently lodged a well-documented complaint with the International Criminal Court (ICC) accusing Duterte and 11 other Philippine officials of mass murder and crimes against humanity.

Attorney Jude Sabio says Duterte “repeatedly, unchangingly and continuously” committed unlawful executions and mass murders during the past 30 years, when Duterte was a mayor and now as president of the Philippines.

Duterte’s drug war targets are millions of Filipinos he describes as drug pushers or drug addicts.

“I have to slaughter these idiots for destroying my country,” President Duterte says.

“Hitler massacred three million Jews. Now, there are three million drug addicts. I’d be happy to slaughter them,” Duterte said after returning from a presidential trip to Vietnam.

Before becoming president, Duterte was mayor of a place called Davao City.

He recently admitted to killing random people there.

“In Davao, I used to do it personally. Just to show the guys that, if I can do it, why can’t you?” Duterte said. “And (I’d) go around Davao with a motorcycle, with a big bike around and I would just patrol the streets and looking for trouble also. I was really looking for an encounter so I could kill.“

The Filipino Office of the President’s Dangerous Drugs Board (DDB) says Duterte is wildly exaggerating the number of Filipinos who have “drug problems.”

There are less than 2 million Filipino “drug users,” DDB argues, and many of them only used drugs once in the last year if they used them at all.

Duterte claims 75% of thefts, violent crimes, and rapes in the Philippines are committed by drug users, but journalists report the actual percentage is much lower.

When they question Duterte, he’s unable to provide documentation to support his claims.

Duterte says he must kill tens of thousands of “dangerous meth dealers and users,” but DDB says most Filipino drug users get high on weed, not meth.

Out of Duterte’s alleged 3-4 million dangerous druggies, DDB says only about 18,000 have serious drug-related problems that make them a potential threat to themselves or society.

The Duterte drug war follows Hitler’s model of “identification and eradication,” with drug users and sellers taking the place of Jews.

Filipino laws require drug users to “surrender” to the government and beg for mercy and “treatment.”

Citizens are forced into “rehabilitation” centers, or worse.

Filipinos are encouraged to tell police if they suspect others of using or selling drugs, and can be punished if they don’t.

Hundreds if not thousands of people have been killed by drug war police squads, government-paid mercenaries, and unpaid vigilantes.

There’s no trial, lawyers, or juries.

Someone gets snitched on, and they get tortured and butchered, and are then dumped in the street.

Police officials complain that Duterte is pressuring them to kill or at least arrest 3-4 million drug users within a year.

But because there aren’t anywhere near that many drugs users in the Philippines, police are tempted to arrest anybody they can get their hands on, just to meet arrest quotas.

According to a 2009 Human Rights Watch report, Duterte ran a deadly drug war when he was mayor of Davao City for 22 years.

Despite the drug war killings that Duterte said would make Davao City safe, Davao City ranked first among 15 cities in the Philippines for murder and second for rape when Duterte was mayor, according to police data from 2010 to 2015.

Duterte is being dogged by a Filipino who claims he was part of Duterte’s death squads.

The self-professed murderer and hit man says Duterte was himself a murderer, and ordered murders as mayor, and should now be hanged for his crimes.

The weird thing is, opinion polls show 80-90% approval ratings for Duterte, and major politicians back everything he does.

Philippines Senator Vicente Sotto, a former DDB chief who supports Duterte’s drug war, said Duterte’s lies about the number of drug users and the degree to which drugs are a societal problem are just fine.

“If they make people alarmed, then why not? It doesn’t hurt anyone,” he said. “People don’t care how it’s done as long as it’s done.”

Duterte’s critics note that Filipinos are killed by government-approved drug war death squads and vigilantes, and that trials and proof of guilt aren’t part of the process.

Duterte’s drug war has been condemned by Barack Obama, the United Nations, and the European Union.

Responding to overseas critics, President Duterte called Obama a “son of a whore,” told Obama to “go to hell,” and threatened to break official ties with the United States if it continues to criticize his war on drugs.

But things promise to be much sweeter between the U.S. and President Duterte now that Donald Trump has been elected president.

“He wishes me well in my anti-drug campaign, and said we are doing it as a sovereign nation, the right way,” Duterte says, even though he hasn’t yet committed to accepting Trump’s White House invitation.

Nobody knows if Trump intends to follow Duterte’s brutal example but the marijuana community is worried about it, because Vice President Mike Pence is hardline anti-marijuana, and Trump chose Alabama Senator Jeff “Reefer Madness” Sessions to be attorney general.

His praise for Russian president Vladimir Putin is well-known.

Trump is also a big fan of Abdel Fattah el-Sisi, the autocratic Egyptian president who has led brutal suppression of protests and is widely seen as a form of dictator.

Trump praises 19th-century American president Andrew Jackson, even though Jackson was instrumental in the genocide of Native Americans.

When Trump’s Secretary of State, former Exxon Mobil CEO Rex Tillerson was being questioned during his Senate confirmation hearings, Florida Senator Marco Rubio repeatedly pressed Tillerson on whether it was acceptable for Duterte to murder thousands of people.

And if you want to be even more amazed by how violently insane the world has gotten, look at these two videos from a white supremacist who LOVES Duterte and Trump: