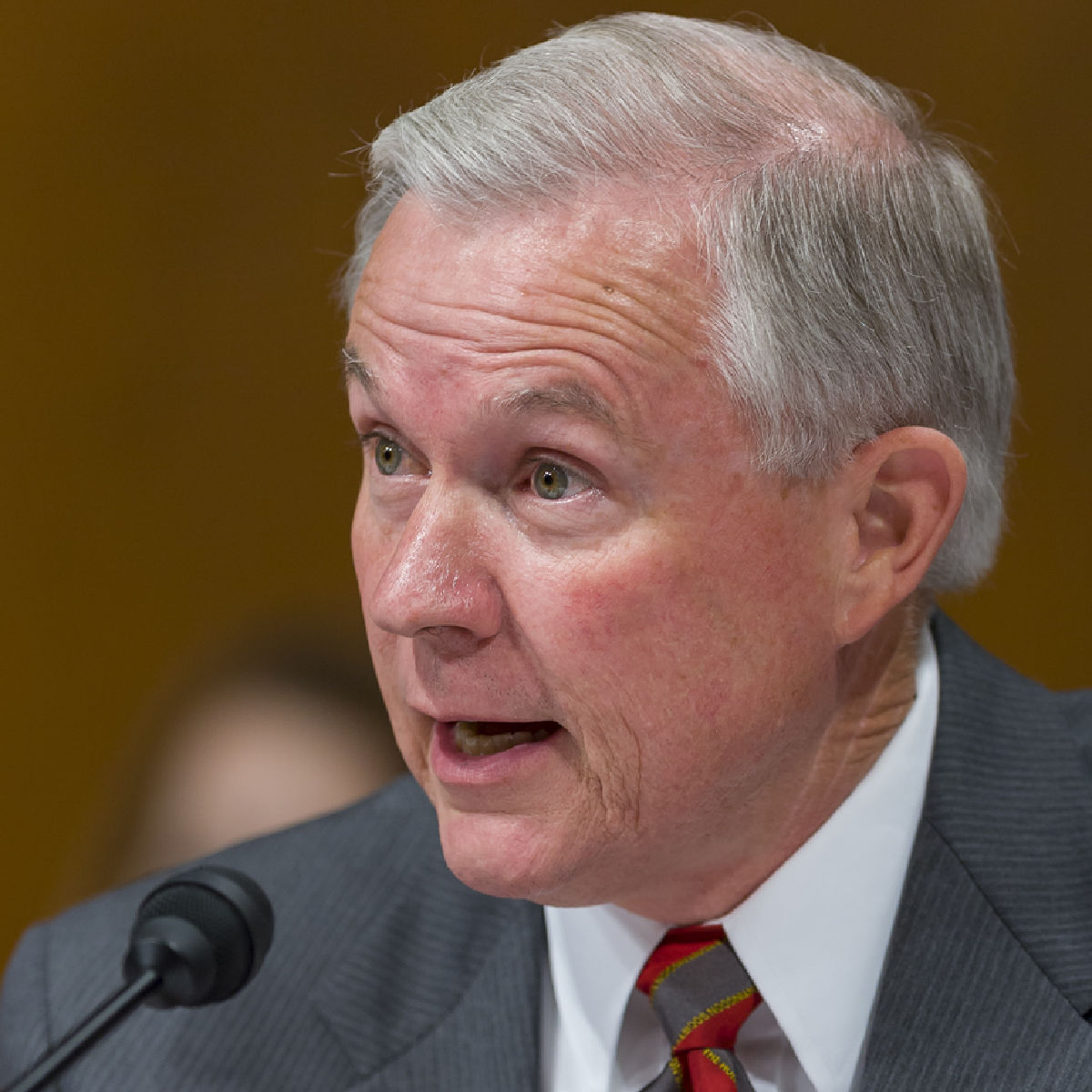 Senator Jeff Sessions has been an aggressive drug warrior since the 1980s.

“I think one obvious concern is that the United States Congress made the possession of marijuana in every state and the distribution of it an illegal act,” Sessions answered. “If that’s something that’s not desired any longer, Congress should pass a law to change the rule. It is not much the attorney general’s job to decide what laws to enforce. We should do our job and enforce laws effectively as we are able.”

These comments are worrisome because Sessions has been a “reefer madness” drug warrior his entire political career.

Sessions once “joked” that the only problem he had with the KKK is he’d heard that members of the white supremacist group use marijuana!

He was integral in the Nancy Reagan efforts to intensify the drug war with her “Just Say No” campaign.

The senator stated that his career mission is to create “hostility” to marijuana and marijuana users.

Senator Jeff Sessions is one of a handful of senators who presents reefer madness myths as facts.

He claims marijuana is addictive, leads to violent crime, and worse than alcohol.

No surprise Sessions has been a constant foe of medical and recreational marijuana legalization.

When President Obama described marijuana use as a “bad habit” but also said marijuana might not be as harmful as alcohol, Sessions responded:

“I have to tell you, I’m heartbroken to see what the president said just a few days ago. It’s stunning to me. I find it beyond comprehension. This is just difficult for me to conceive how the president of the United States could make such a statement as that.”

To “back up” his argument that marijuana was as harmful if not more harmful than alcohol, Sessions cited Lady Gaga, because Lady Gaga stated publicly that she was “addicted” to marijuana.

Sessions refuses to admit the clear science showing that alcohol even in small doses can cause coma or death, but cannabis even in very high doses causes neither of those conditions.

Here’s a quote from Sessions in which he defends the drug war and condemns marijuana legalization:

“I can’t tell you how concerning it is for me, emotionally and personally, to see the possibility that we will reverse the progress that we’ve made. It was the [drug] prevention movement that really was so positive, and it led to this decline [of marijuana use]. The creating of knowledge that this drug is dangerous, it cannot be played with, it is not funny, it’s not something to laugh about, and trying to send that message with clarity, that good people don’t smoke marijuana.”

“I’m a big fan of the DEA,” said Senator Jeff Sessions, before asking Leonhart point blank if she would fight medical marijuana legalization.

“These legalization efforts sound good to people,” Sessions quipped. “They say, ‘We could just end the problem of drugs if we could just make it legal.’ But any country that’s tried that, Alaska and other places have tried it, have failed. It does not work,” Sessions said.

“Yes, I’ve said that, senator. You’re absolutely correct [about] the social costs from drug abuse, especially from marijuana,” Leonhart said. “Legalizers say it will help the Mexican cartel situation; it won’t. It will allow states to balance budgets; it won’t. No one is looking at the social costs of legalizing drugs.”

Leonhart was later forced to resign due to numerous DEA scandals.

Sessions has been a relentless advocate for the prison-industrial complex and has received political and financial benefits from his advocacy.

He opposes sentencing reforms that would release hundreds of thousands of non-violent drug offenders from state and federal prisons.

We note that President-elect Donald Trump has selected drug warrior Mike Pompeo as director of the CIA.

Pompeo is a Kansas member of Congress who voted against federal reform of medical marijuana laws and is a stated enemy of state-level medical and recreational marijuana legalization.

Like Vice President Mike Pence, Pompeo is a hardcore opponent of marijuana, abortion (even in the case of rape or incest) and civil liberties.

What will it mean to our marijuana community if Senator Jeff Sessions becomes U.S. Attorney General?

Hudak said Sessions could easily use the FBI and DEA to attack state-legal marijuana growers, sellers, and patients.

His Senate confirmation hearing statement indicates that as long as cannabis is federally illegal, he’ll use federal law enforcement to arrest people for it.

And Trump’s support of the murderous drug war in the Philippines (read about that here) also makes you worry that we’re headed for a renewed federal war on marijuana.