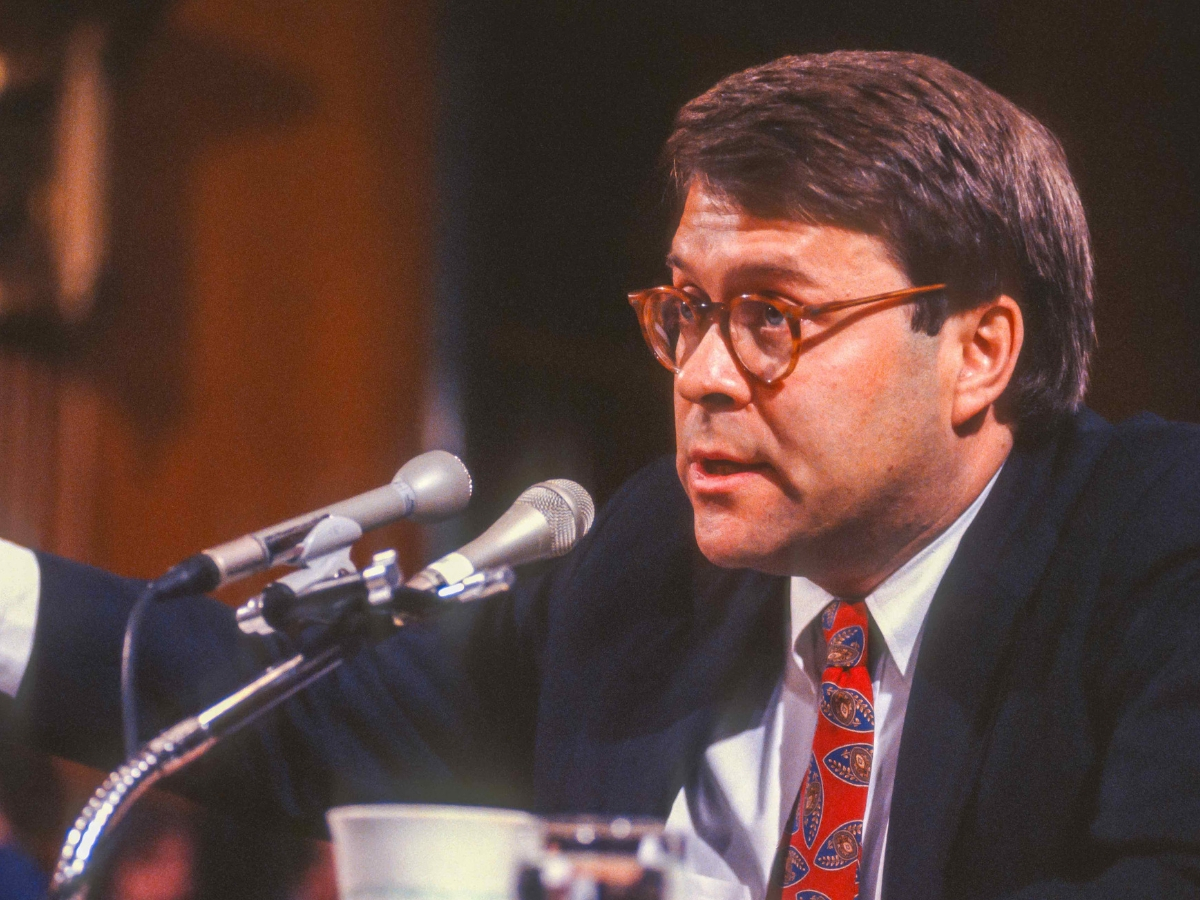 Following Jeff Sessions’ resignation as attorney general last month, the cannabis community has been waiting anxiously for the announcement of his replacement. And we didn’t have to wait long, as last Friday, December 7, President Trump announced his nomination for William P. Barr for the attorney general’s office.

Although the cannabis community thought we had it bad under Sessions, Barr also has something of a disturbing record when it comes to weed, given his previous political appointments.

He previously held the same position as attorney general under late President George H.W. Bush, from 1991 to 1993. In this post, Barr claimed he did not believe the constitutional right to privacy “extends to abortion,” a comment that was viewed by many as a suggestion that the Supreme Court’s ruling on Roe v. Wade should be overturned. He was also involved in further criminalization of marginalized communities through racist policing. Particularly, The New York Times reported in 1992 that Barr deployed more than 300 FBI agents “to investigations of gang violence in the largest single manpower shift in the bureau’s history.” He also funded an additional 300 FBI agents “to staunch the flow of hundreds of thousands of illegal immigrants a year across the border with Mexico.”

“It’s hard to imagine an Attorney General as bad as Jeff Sessions when it comes to criminal justice and the drug war, but Trump seems to have found one,” explains Michael Collins, director of national affairs for the Drug Policy Alliance. “Nominating Barr totally undermines Trump’s recent endorsement of sentencing reform.”

But that’s not his only experience when it comes to working behind the scenes in drug enforcement. Under the Nixon administration, Barr worked for the CIA from 1973 to 1977, after interning for the institution as a graduate student. This time period was a critical one for the war on drugs as we know it today, with the Drug Enforcement Administration birthed in 1973.

Trump claims Barr was his pick for the seat since “day one,” likely because Barr shares a similar hardline stance as Sessions when it comes to the war on drugs.

“With every move by the Department of Justice facing intense public scrutiny, maintaining Jeff Sessions’ policy of reefer madness would be self-defeating,” says NORML political director Justin Strekal. “The movement to end the failed and cruel policy of marijuana criminalization is larger and stronger than ever, supported by a majority of Democrats, Republicans, and non-partisans.”

To further affirm which side Barr is on when it comes to justice, former Vice President Joe Biden — who backed such tough-on-crime measures as the Anti-Drug Abuse Act of 1988 and the 1994 Violent Crime Control and Law Enforcement Act — favored his nomination over two decades ago. In 1991, The New York Times reported Biden stressed Barr would make “a fine Attorney General.”

“In 2018, five states legalized either the medicinal or adult-use of marijuana, making the total number of states out of compliance with the Controlled Substances Act now 47,” Strekal adds. “It would be utterly absurd for William Barr or any agent of the Department of Justice to take any action against these state-sanctioned and operational programs.”

The Truth About INSYS Therapeutics And Big Pharma’s Battle To Take Down Legal Cannabis
Cannatech 2019: New Innovations For Consumer And Cultivator Alike