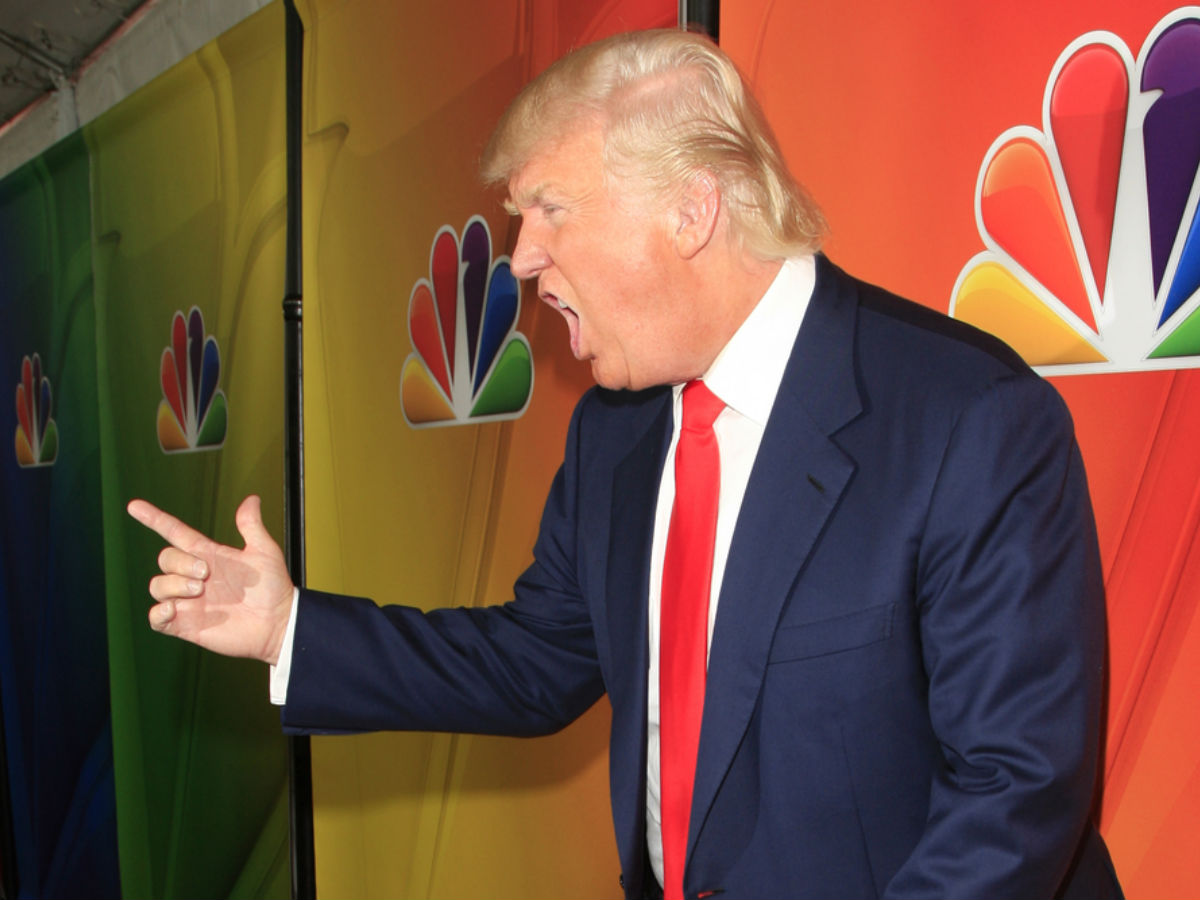 Where does The Donald stand on marijuana politics?
By Nigel Salazar | Published: May 24, 2016

Marijuana politics question number one: Which of the 2016 presidential major-party candidates would be the safest president for marijuana growers and users?

There are rumors that during his early years, the rich kid partied hard and used serious amounts of cocaine and marijuana.

Trump even wrote a testimonial for a cocaine dealer and government nark who was facing legal problems.

And yet Trump has claimed that neither he, nor his wife and children, have ever used illegal drugs, or alcohol!

During the presidential campaign, Trump made marijuana politics statements that could lead you to believe he’s cool with what’s happening in Colorado, Oregon, and Washington.

He’s stated that medical marijuana is a legitimate medicine, not a phony front for recreational users as some other GOP candidates have claimed.

He even indicated willingness to consider nationwide federal marijuana legalization.

The problem is, he says one thing one day, and then totally contradicts himself the next day.

The Donald doesn’t seem to know what he actually thinks.

Worse yet, there’s a sinister prohibitionist cloud hanging over Trump, and its name is Sheldon Adelson.

Adelson is the corrupt Las Vegas casino billionaire who recently stated he’d be handing tens of millions of dollars to Trump’s presidential campaign.

He doesn’t like marijuana legalization because he believes it cuts into profits he makes from casinos and alcohol.

Christie is now a top member of Trump’s campaign team, and he’s a former federal prosecutor and a total prohibitionist.

As governor of New Jersey, he’s trashed the very moderate medical marijuana law that was in place before he became governor.

Here’s a typical quote from Christie about marijuana politics:

“If you’re getting high in Colorado today, enjoy it. As of January 2017, I will enforce the federal laws. That’s lawlessness. If you want to change the marijuana laws, go ahead and change the national marijuana laws. I will crack down and not permit it. We need to send very clear leadership from the White House on down through the federal law enforcement that marijuana is an illegal drug under federal law. And the states should not be permitted to sell it and profit from it.”

“Marijuana legalization is not gonna come while I’m here. See if you want to live in a major city in Colorado where there’s head shops popping up on every corner and people flying into your airport just to come and get high. To me, it’s just not the quality of life we want to have here in the state of New Jersey and there’s no tax revenue that’s worth that.”

What’s especially troubling is Christie is said to be Trump’s pick for Attorney General if Trump is elected president.

If he was US Attorney General, Christie couldn’t totally destroy the various forms of marijuana legalization in Colorado, Oregon, Washington, California, and Michigan.

That’s because Congress has passed laws forbidding the Department of Justice (DOJ) and DEA from interfering with state marijuana laws.

But if Christie was in charge of the DOJ, he could find ways to make life miserable for marijuana legalization states.

Nobody knows how or if Adelson and Christie would influence Trump’s marijuana policies, but with those two reefer madness clowns intimately involved in his campaign, it’s hard to imagine they won’t pressure Trump to oppose medical and recreational marijuana.

We must also note that Trump has publicly stated that he wants people to nark on their neighbors if they see “suspicious activity.”

He also stated that if people don’t report their neighbors and the neighbors commit a crime such as terrorism, the people who failed to report them should go to prison.

Here’s what Trump told a rally in South Carolina:

“People move into a house a block down the road, you know who’s going in. You can see and you report them to the local police. Most likely you’ll be wrong, but that’s OK. That’s the best way. Everybody’s their own cop in a way.”

Bernie Sanders, a Democratic Socialist senator from Vermont running for president as a member of the Democratic Party, was defeated in the primaries, which is a very bad thing for marijuana legalization.

Sanders was by far the most progressive major party presidential candidate– he backs federal marijuana decriminalization.

His legislation would also allow marijuana businesses to access banking services and apply for business tax deductions that currently are not available due to federal marijuana laws.

“Someone in the United States is arrested every minute on marijuana charges,” Sanders has said. “Too many Americans have seen their lives destroyed because they have criminal records as a result of marijuana use. That’s wrong. That has got to change.”

“The state of Vermont voted to decriminalize the possession of small amounts of marijuana and I support that. I have supported the use of medical marijuana. And when I was mayor of Burlington, in a city with a large population, I can tell you very few people were arrested for smoking marijuana. Our police had more important things to do.”

This leaves us with the 2016 Democratic candidate for president, Hillary Clinton, who hasn’t done herself any favors when she answers questions about marijuana legalization and the drug war.

While she’s nowhere near as prohibitionist as Chris Christie or Sheldon Adelson, her tepid “support” for medical marijuana legalization lacks enthusiasm and vision.

Clinton has repeatedly made the false drug war claim that there’s “not enough research” to show that marijuana is a medicine.

She also believes marijuana is a “gateway drug” that leads to heroin and other hard drugs.

When asked if she supports recreational marijuana legalization, she adamantly states she’s opposed to it.

Fortunately, she also stated she wouldn’t interfere with states that have passed or will soon pass medical and/or recreational marijuana legalization.

One big problem is, Hillary is a typical establishment politician, which means she talks out of both sides of her mouth.

Here’s a typically confusing and long-winded Clinton statement about marijuana:

“Honestly, I don’t think we’ve done enough research yet to say what the effects are and what they could be on different people with different physical or psychological issues, or different ages.

Yes, medical first and foremost, we ought to be doing more to make sure that we know how marijuana would interact with other prescription drugs and the like.

But we also have to know how even medical marijuana impacts our kids and our communities.

But the states are the laboratories of democracy, and we’re seeing states pass laws that enable their citizens to have access to medical marijuana under certain conditions, so we have the opportunity to try to study those.

And then Colorado and Washington have proceeded to permit recreational use.

And at the same time, we’re seeing the beginnings of important criminal justice reforms.

So I’m a big believer in acquiring evidence, and I think we should see what kind of results we get, both from medical marijuana and from recreational marijuana before we make any far-reaching conclusions.

I think the feds should be attuned to the way marijuana is still used as a gateway drug and how the drug cartels from Latin America use marijuana to get footholds in states, so there can’t be a total absence of law enforcement, but what I want to see, and I think we should be much more focused on this, is really doing good research so we know what it is we’re approving.”

When the Democratic National Committee drafted the party’s official platform for the 2016 presidential campaign, it adopted Hillary’s language and ideas and rejected Bernie’s call for federal decriminalization of marijuana.

Sanders had asked for the following language to be included in the Democratic platform:

“We refocus our drug policy by removing marijuana from the Controlled Substances Act and allowing states to set their own policies.”

However, this is the lame final language the Democratic Party adopted:

“We believe that the states should be laboratories of democracy on the issue of marijuana, and those states that want to decriminalize marijuana should be able to do so. We support policies that will allow more research to be done on marijuana, as well as reforming our laws to allow legal marijuana businesses to exist without uncertainty. And we recognize our current marijuana laws have had an unacceptable disparate impact, with arrest rates for marijuana possession among African-Americans far outstripping arrest rates among whites despite similar usage rates.”

When it comes to marijuana politics and the 2016 presidential contest between Donald Trump, Hillary Clinton, and Bernie Sanders, we’ve got to agree with Tommy Chong, who publicly endorsed Sanders as the only candidate who really opposes the war on marijuana.

Too bad Bernie is out of the race, and has endorsed Hillary Clinton. Now we know that whoever is elected president this year, federal marijuana laws are unlikely to change at all.

Top LED Grow Lights for Marijuana: Who Can Growers Believe In?
SFV OG Kush: 28% THC & Falling off the Couch Stoned