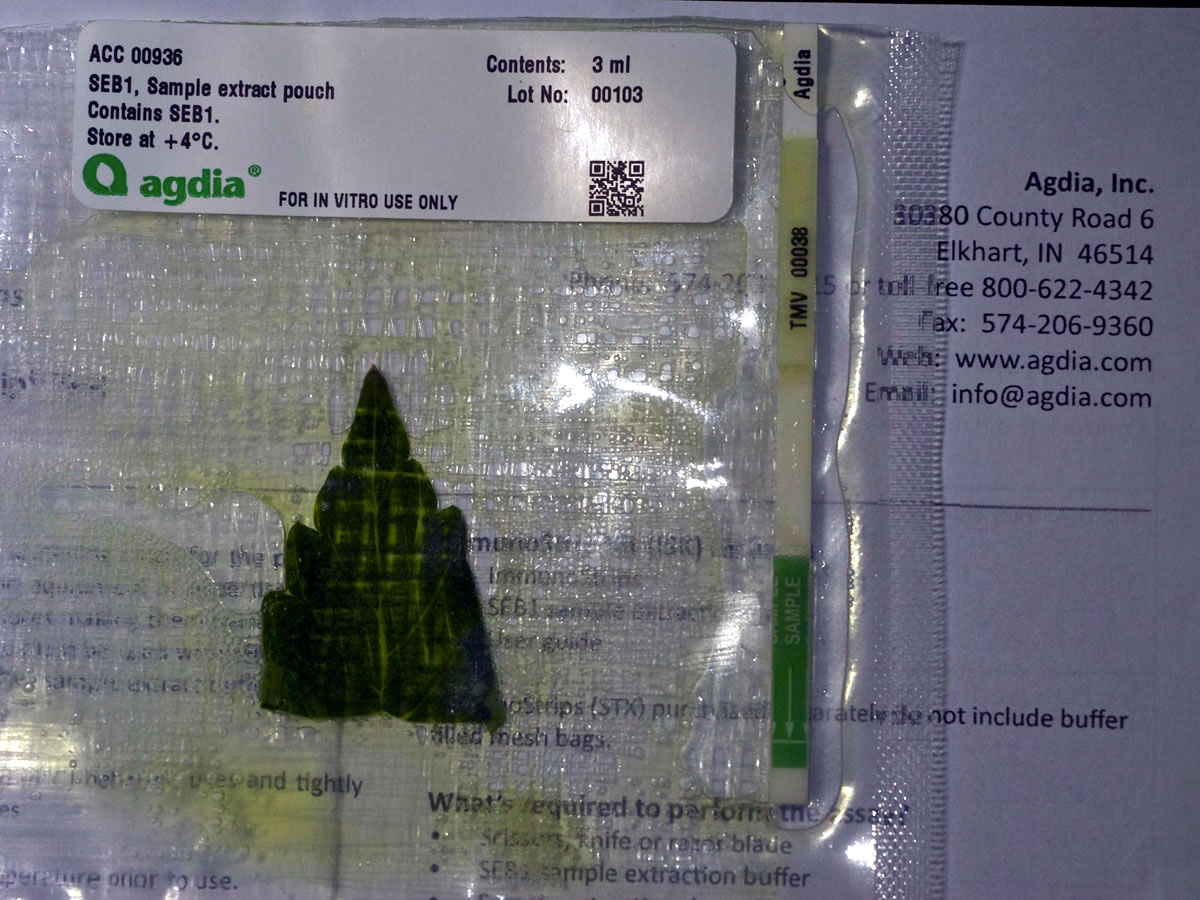 The first problem was slow growth and drooping leaves during veg phase.

I started following a marijuana diagnostic and treatment program outlined on BigBudsMag.com that you can read about here.

I did almost everything that could be done to diagnose and fix the problems if they came from my nutrients program, root zone pH, grow room environment, water, and root zone media.

After five days, the problems were still happening. I was convinced these were not the usual problems marijuana growers encounter.

I did more research by talking to a couple of plant scientists affiliated with legal Colorado commercial marijuana grow ops.

They suggested my marijuana plants might have nematodes, a virus, or a bacterial disease, but based on photos of the marijuana leaves and a description of the problems, they suspected a virus as the most likely culprit.

Viruses are very hardy. If your marijuana garden has virus infection, it’s very hard to get rid of.

Viruses transmit through cannabis seeds, and can live for years on grow room walls, floors, and in gardening structure such as pots, root zone media, and irrigation equipment.

They also live outdoors and can survive the coldest winters and hottest summers.

I focused in on tobacco mosaic virus (TMV) because the look and symptoms seemed to match descriptions of TMV, and because I found and ordered a test kit for TMV.

While I waited for the kit to arrive, I continued “babying” my plants by foliar feeding them, using beneficial microbes in the root zone, and giving them slightly reduced light hours (to avoid stress).

The plant scientists told me viruses cannot be cured. “It’s kind of like herpes, for plants,” one said. “You can slow it, and your plants will limp along and give you some buds, but the yields will be greatly reduced.”

I found a product called Physan 20 that’s advertised as an algaecide, fungicide, bactericide, and “virucide.”

I contacted the manufacturer and he said Physan 20 doesn’t act systemically to kill viruses but will kill or control viruses it comes into direct physical contact with.

I ordered Physan 20 and got it before I got the test kit, so I did a foliar spray and root drench.

I also sprayed my entire marijuana grow room and all the apparatus in there, along with most of the rest of my house.

I changed the air conditioning filters, and sprayed Physan 20 into my ducts, fans, and other structures and equipment.

To do the test, I cut portions of affected marijuana leaves, inserted them into a small plastic bag that contained a liquid, mashed the leaves into the solution, and then put a test strip in with the leaves and solution.

I repeated the test several times over a period of several days, and each time the results were negative or inconclusive. My marijuana plants apparently didn’t have TMV, but I still had no idea what was wrong with them.

And it was possible that treating the marijuana plants’ leaves and root zone with Physan 20 before I ran the TMV test might have given me false results.

I decided to wait at least a week before I used more Physan 20, and then I’d run the TMV test again.

Come back next week to find out what might have been causing these mysterious marijuana plant problems, and how this marijuana grow room disaster was a cloud with a silver lining.