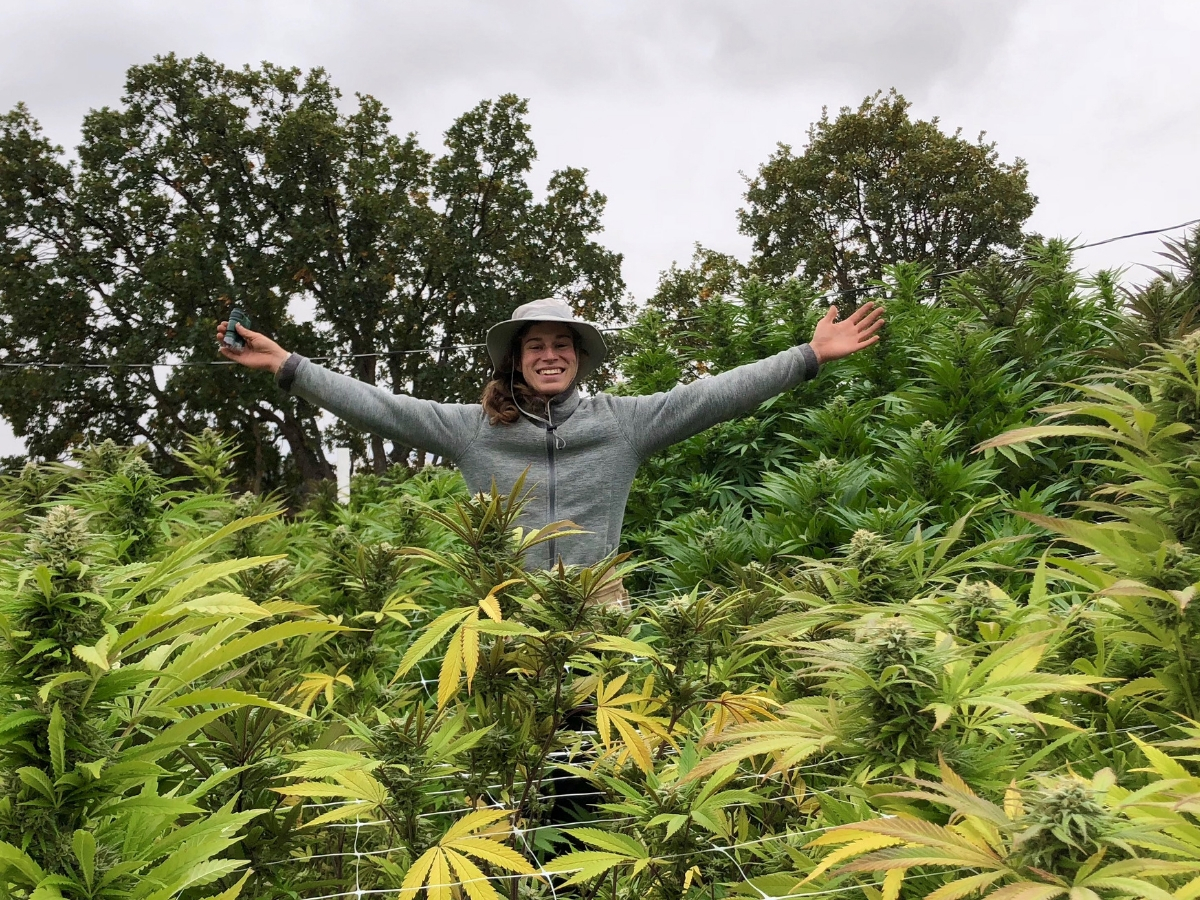 “I still wake up some days and can’t believe I am who I am, and that I get to do what I get to do,” says Zooey Zachow, co-founder and CEO of Ritual Cannabis. It has taken many years, and many trials and tribulations, but Zachow is finally who she wants to be: a former soldier, a current cannabis farmer, and a proud trans woman.

Zachow, 30, lives on her farm in Goldendale, Washington, a world away from where she was just over a decade ago. Enlisting at 18, Zachow spent three years in the military under President Clinton’s “Don’t Ask, Don’t Tell” policy, which forbade openly gay and lesbian troops from serving. It was a difficult experience for Zachow, who was living as a closeted gay man at the time.

After being wounded in Iraq, Zachow medically retired from the military. In addition to a neck injury, she suffered from PTSD and was having difficulty managing her symptoms with traditional pharmaceuticals. Soon, Zachow was taking all sorts of pills — some to treat her mental health, and others for the side effects of the PTSD medication (which Zachow says didn’t help much in the first place). It was not a good place to be.

“During group therapy sessions, I kept hearing from other veterans that they were successfully managing their PTSD with the help of cannabis,” Zachow says. “I was quite skeptical at first. I hadn’t really used cannabis before, and believed the reefer madness propaganda.”

Zachow says that view eventually dissipated as she became friends with some of the cannabis users in her group. Zachow was able to witness how cannabis offered her friends significant relief, and that they didn’t fit into the stoner stereotypes she had grown up with.

“It provided immediate and significant symptom relief,” Zachow recalls. “I didn’t expect it to work the way it did. It was such a profound realization that I could almost completely alleviate my symptoms without any side effects.”

In fact, cannabis and its healing properties made such an impact on Zachow that she decided to dedicate her life to the plant and help ensure that others had access to it. She volunteered at dispensaries, where she started working with plants for the first time in her life, and “fell head over heels in love with it.” Zachow was finding out about more than just the scientific aspects to growing a plant; it was healing to learn about how to nurture a plant, especially after experiencing war first-hand.

“Having come from the military and war, and dealing with destruction and death, my soul desperately needed to do good in the world,” she explains. “I truly believe that gardening and farming have done as much to help me heal as consuming the plant [has].” Zachow not only found a new career path but found herself in the process.

When One Door In the Cannabis Community Closes…

Zachow entered the cannabis industry at what she calls “an exciting time.” After working for a couple of dispensaries (and seeing how not to run things), she felt she had gained enough experience to strike out on her own. Along with some friends she opened Professional Patient Co-op in Seattle. Their mission was to provide “the most professional and medical experience in the state.”

“We had marble counters, beautiful display cases, and a wall of windows overlooking Lake Washington,” she proudly recalls.

After PPC was up and running for two years, the people of Washington state voted to legalize both recreational cannabis and gay marriage. Zachow still remembers the excitement of that election night — but the joy didn’t last long. At the time, Zachow was living as an openly gay man, but was starting to accept her truth as a trans woman who wanted to live an authentic life.

Zachow applied for a cannabis farm license with her ex-boyfriend, and they purchased a beautiful piece of property on the edge of southern Washington’s wine country. After two years of sweat equity and a lot of DIY construction, Ritual Cannabis passed inspection and received its license. 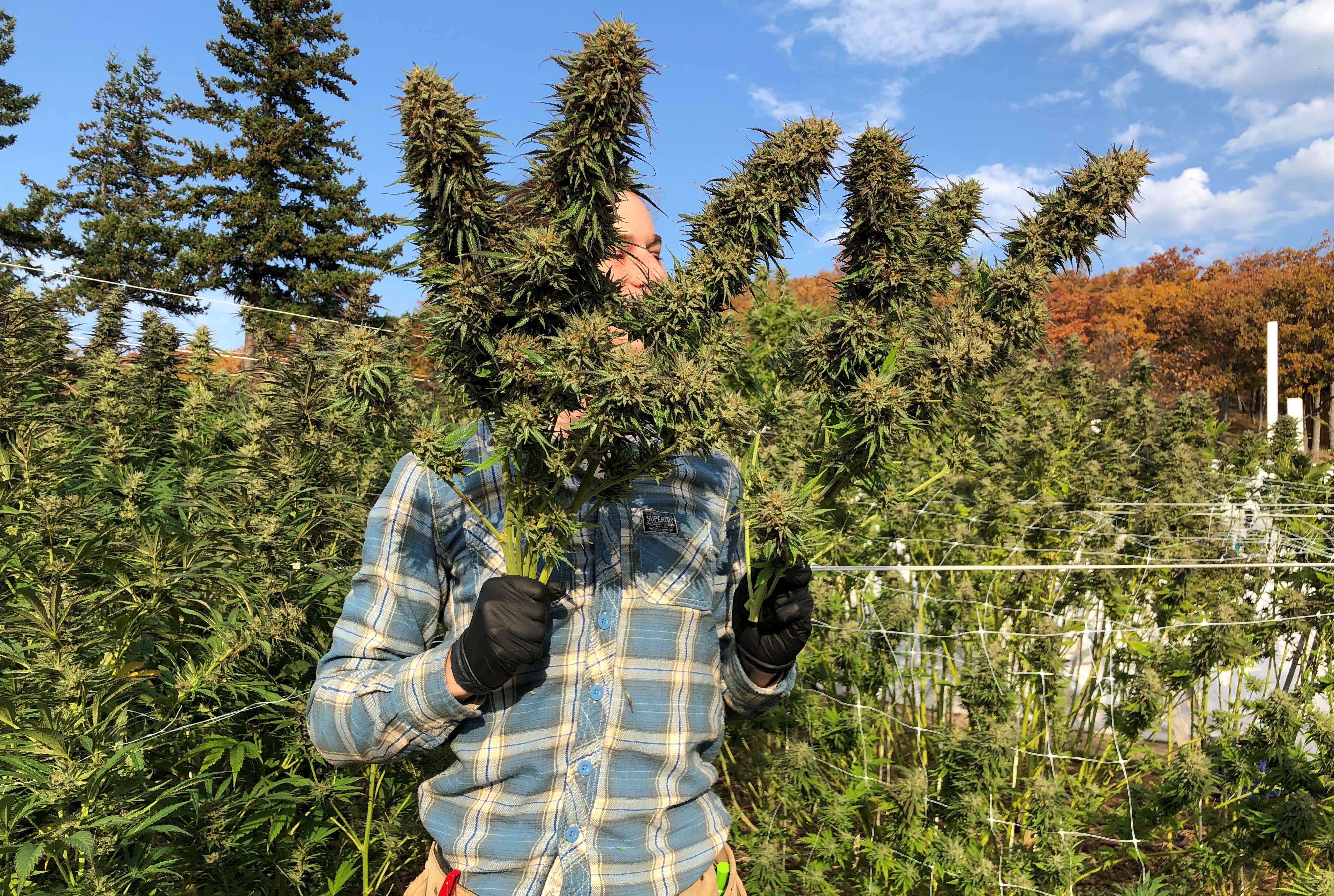 There’s Nothing Routine About Life At Ritual Cannabis

Living on the farm, Zachow is now able to apply the skills and knowledge she gained over the years to her own crops. There’s no such thing as a typical day at Ritual Cannabis, and that’s just how Zachow likes it. She enjoys finding the different rhythm of each season.

“Spring is all about starting seeds and getting them into the earth,” she explains. “Summer is when I work with the plants for the first time, pruning and installing the trellis that will hold the heavy buds up to the fall wind. Fall is primetime — the plants are flowering, the buds are developing and ripening. I spend the fall on constant guard for pests, mildew and rot before we finally harvest them in mid-October and into the first two weeks of November. Winter is for drying, curing and processing the flower, as well as preparing for the next season.”

At Ritual Cannabis, everything is done with sustainability and the environment in mind. Zachow’s current farming methods were directly impacted by how she originally learned to grow.

Eventually, as she became more interested in the science of botany and learned more about the plants themselves, Zachow realized that she had learned all wrong.

“I loved meeting growers, sampling their product, and talking for an hour,” Zachow recalls of her days at PPC. “I would always grill each grower for as much info about their methods as I could get out of them.”

Between hanging on every word of seasoned outdoor growers and doing her own research into organic and natural farming techniques, Zachow settled on Korean Natural Farming and Biodynamics as her two primary influences.

“I am, of course, still learning,” she admits. “And that’s another one of my favorite parts about agriculture and this moment in history with cannabis.”

The location of Ritual Cannabis is intentional, as Zachow spent a lot of time selecting the right property for her farm in eastern Washington’s wine country.

“Rather than prevent pests and disease with chemicals, I would go where the risk of pests and disease was lowest,” she explains. “I eventually settled on the least populated county in the state, Klickitat County, right on the Columbia River in south central Washington.” 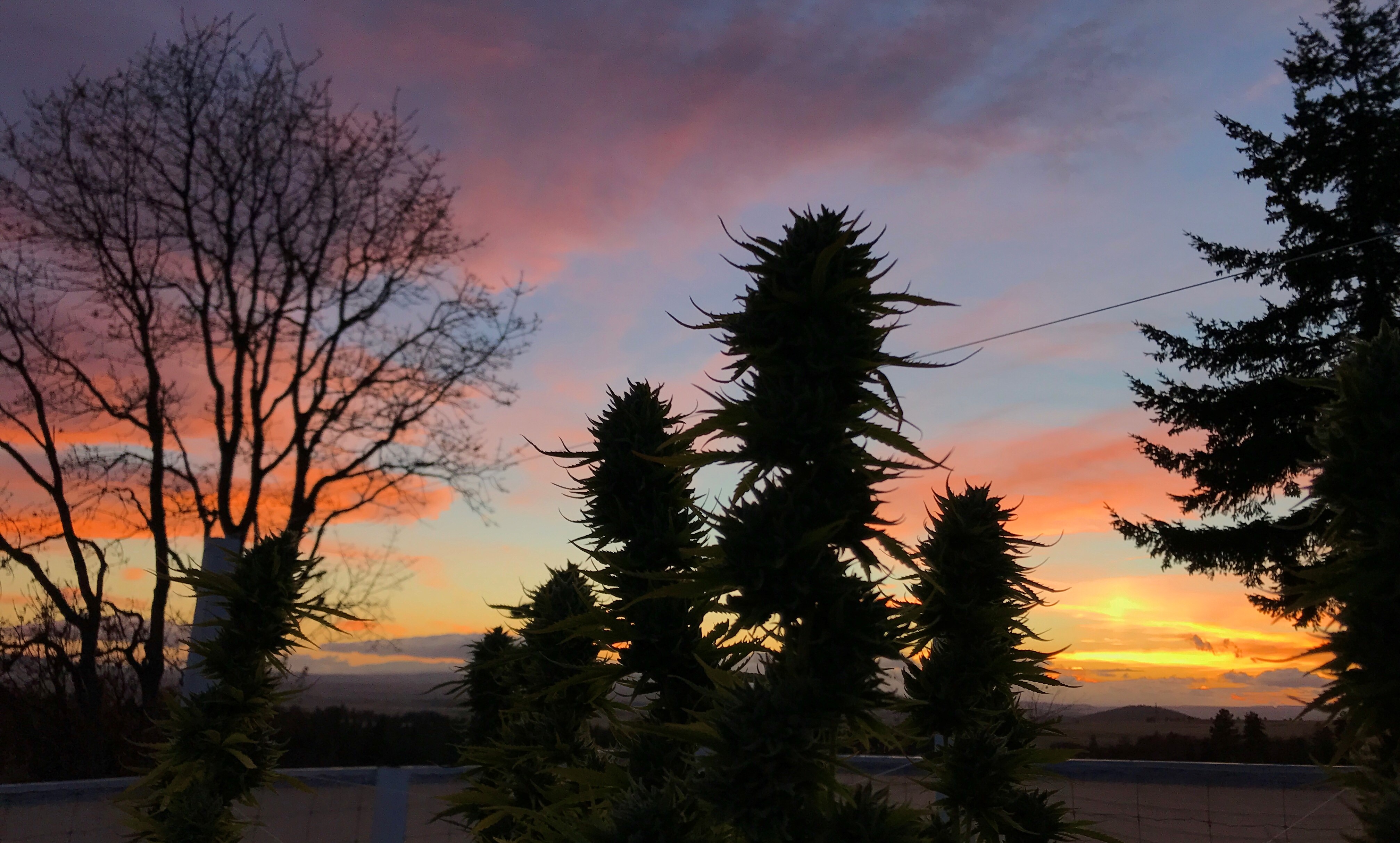 When asked to describe her farm and everything she puts into it, Zachow goes right into ultimate cannabis geek mode — and it’s invigorating to hear. Whether it’s Ritual Cannabis’s breeding program, which is in its fourth generation, or why she prefers a northwest-style trimming (it “results in a higher quality product,” she promises), Zachow is never at a loss of words when it comes to cannabis.

But when it comes to discussing her identity as a trans woman within the cannabis community, she admits to struggling with what to say.

“At Ritual we are passionate about social and economic justice,” she stresses. “Given my own experience as a marginalized minority, I know that we must offer more than the opportunity, and offer the support that minorities lack access to, particularly start-up funding.”

However, Zachow touches on what many marginalized folks in the community have long been saying: Despite many best intentions, the cannabis industry is still overwhelmingly white, cisgender and heterosexual. She realizes that despite this archaic patriarchal influence, however, the fact that the industry is so young allows for more opportunities.

“Being a trans woman in the cannabis industry has been profoundly difficult and exhausting,” she admits. “At the same time, I know this industry is one of the few I would have the opportunity to be a leader in. I have no formal education, access to financial resources, and my mere presence makes many folks seriously uncomfortable. However, I have been able to forge a path for myself in this industry.”

Zachow says she has been impressed by how welcoming the cannabis community has been to her. Due to her own experiences and through speaking with others, she knows how significant cannabis can be to some trans folks. Cannabis can help them with the various challenges that can come with having a marginalized identity, such as anxiety, stress and depression. And because of this, Zachow hopes to see more trans people employed in the industry, especially in farming.

“Representation is profoundly important,” Zachow says, citing a primary reason she shares her story. “I grew up not seeing trans women in society at all; we were relegated to a hidden underground community, and the only real representation we had was in sex work. I never want another young trans girl to think that is the best she can possibly hope for.

“Despite all the systematic oppression I’ve faced, I am proud to be an open and visible trans woman. Trans Day of Visibility is our most important day to the trans community. We have always been here, we just aren’t hiding anymore — and we will never go back. Just like our favorite plant.”