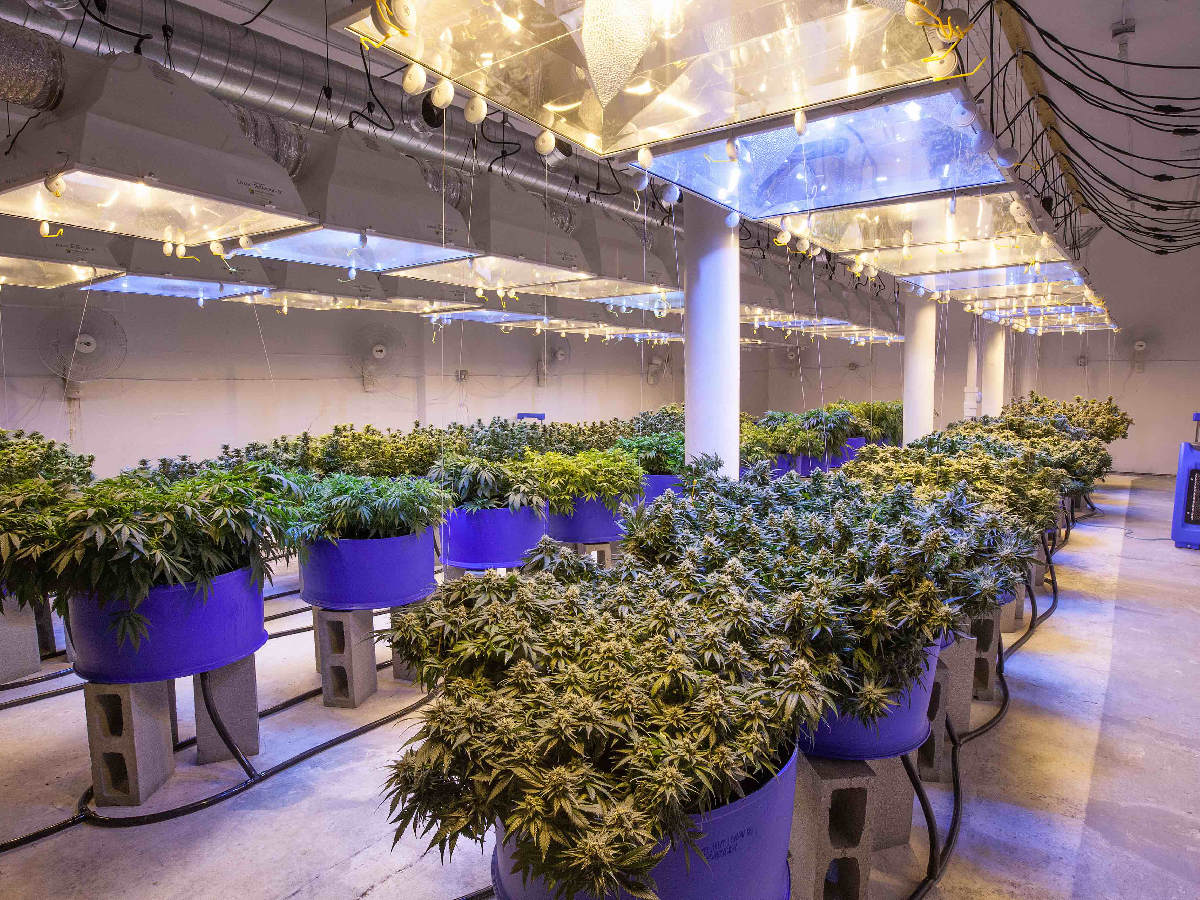 Sooner or later, all commercial growers will hear the knock of compliance inspectors at their door, announced or unannounced, welcome or very unwelcome.

In fact, if you’re a licensed producer in an established market, you’re probably already accustomed to inspectors at your facility. But that doesn’t make inspection less troubling. Laws change. Maintaining staff compliance is tough. And while everyone recognizes the importance of safety regulations, it’s simply a pain in the ass.

Kimberly Stuck, Denver’s original “Weed Whacker,” knows the problem from both sides of the compliance equation.

As Denver Department of Public Health & Environment’s first so-called marijuana specialist, she destroyed millions of dollars of market-ready cannabis, earning her the “Weed Whacker” moniker from local growers. But then, as she became more involved in the industry, she realized she wanted to help cultivators become compliant, not just dole out punishment.

“In the early days of Colorado’s rec legalization, growers were actually happy to see regulators — generally — because it meant it was legal,” says Stuck. “We had to rely on the industry for education and help writing laws.”

She was recently kind enough to sit down with Big Buds Magazine for a little chitchat. And, lucky for you, she shared the four biggest areas where cultivators fall down on compliance and get fined — or worse — and how to avoid those pitfalls.

1. How To Avoid A Cannabis Product Recall

Recalls are pretty much the worst thing that can happen for growers, and they basically happen for two reasons.

In brief, use approved pesticides. Cannabis cultivation is a pesticide conundrum. What’s safe for tomatoes might not be safe for cannabis because, as you readers may know from experience, cannabis is an accumulator plant — it takes up anything in its environment, including toxic matter — and is consumed by flame. When combusted, compounds like myclobutanil convert into nasty stuff, like hydrogen cyanide in the case of myclobutanil.

“People with an advanced horticulture degree don’t understand why you can’t use certain things on cannabis,” says Stuck. “And growers who’ve been doing it forever need to make changes. That’s how those bad recalls happen.”

Reference your state’s approved pesticide list, or if your state is yet to establish one, Colorado’s Pesticide Applicators’ Act or California’s new regulations make excellent touchstones for safety.

“And mold. Mold is the biggest danger because, really, it’s simple to be pesticide compliant, or at least more clear-cut,” says Stuck. “[But] when you have mold or salmonella or E. coli, you’re never going to get rid of it. Not really.”

Allay Consulting sees cultivators bringing tours through their facilities, and Stuck strongly recommends that you do not do that. While tours are cool, a group of, say, 20 people can bring microbial filth into your grow room.

2. Build A Compliant Facility For Your Cannabis

For those of you already rocking and rolling in the legal cultivation world, you’ve got building compliance solved. But new entrants, or those of you planning facility expansion, can experience major delays and expenses because of building compliance hang-ups. The worst consequences are delays in your opening date and immediate remodel expenses to correct building and fire-code problems.

Stuck helps upstarts plan for OSHA, FDA, NFPA and IBC requirements to prevent those issues. Basically, if it’s an acronym that makes people cringe, she’s on it.

“People can be cited for simple stuff, like not having enough mop sinks. Or not having enough electrical capacity for how many lights you’re going to run,” explains Stuck. “But if you have an architect who’s experienced in cannabis, they should figure it out pretty easily.”

Your cannabis architect can set you up for long-term success — or problems.

Environmental control is critical for reducing potential pathogens and maximizing yields. And if your architect doesn’t understand horticulture — or doesn’t understand cannabis specifically — they may be improperly sizing your drying space relative to your bloom rooms, or mismatching your veg area as compared to your clone room. It all has to flow without bottlenecks. A cannabis-savvy architect can help you pass inspection and optimize your new facility’s workflow.

“And just for future cleanliness, I recommend easily washable surfaces — not tables made out of wood and things that can get wet and grow mold. I recommend against drywall and wood-style construction,” advises Stuck. “It’ll pass inspection, but it’s not a good idea long-term.”

3. How To Implement Standard Operating Procedures For Your Grow Op

Your standard operating procedures, or SOPs, are where the rubber meets the road. Without them, you can’t cultivate as well or as consistently and, ultimately, you can get nailed for not having compliance procedures in place.

“A lot of growers basically get what SOPs should be, like cleaning protocols and documentation, but they don’t implement them well or update them,” says Stuck. “I see citations because growers are doing something different than what’s on their written SOPs.”

So, how do you keep SOPs up to date?

Make it a living document that growers can access. A Google Doc works well, Stuck reports. Your growers know the most about what the real-world procedures are at your facility. With access to the document, they can make necessary changes in real time.

“I hate to say it, but you’ve really got to dummy proof your facility,” says Stuck. “I’ve seen people put PPE [personal protective equipment] stations at the door of each grow room to make it easy to remember. The gloves, the booties, hairnets — it’s all there.”

Simple signage on contaminated rooms is an easy solution, too, but often overlooked. And growers should not enter the other rooms after leaving a contaminated one.

“Some companies have employees scrub up in medical garb when they get to work, or keep a pair of work shoes that don’t leave the facility,” says Stuck. “I had a client whose head grower’s personal home grow was contaminated. He’d water his plants and then come into work in the same clothes. They had a major problem with mold because of that.

“Another one I see is growers just running out of RFID [radio frequency identification] tags that are needed for seed-to-sale tracking. In Colorado, it’s up to a $10,000 fine for each plant, and I was working with a grower who had 10 plants in full veg without tags. You can do the math.”

4. Make Your Local Cannabis Inspectors Part Of Your Team

Believe it or not, inspectors are people, too. They do their best to be unbiased, but at the end of the day, they’re still human. Treating them with consideration and not giving them the run-around goes a long way.

“If you treat them better, they’ll treat you better,” says Stuck. “I know everybody is scared, but they shouldn’t be.”

And do NOT stall them at the door. It’s disrespectful of their time and makes them suspicious. They’ll be on the lookout for violations, and you can even be cited for hindering an investigation.

Across all industries, the best way to handle inspectors is to use them as a resource for improvement. Be an eager, brown-nosed learner. Use them as your teacher and ask for clarification on their comments so you can improve. Don’t argue against their findings; seek guidance. In a word? Comply.

“Abide by the law,” Stuck reiterates. “We wanted it legal, and there are two sides to every coin.

Rare Breeds: Growing Unique Connoisseur Cannabis Strains That No One Else Has
The 40-Something-Year-Old Virgin: One Cannabis Lover’s First Foray Into Legal Weed