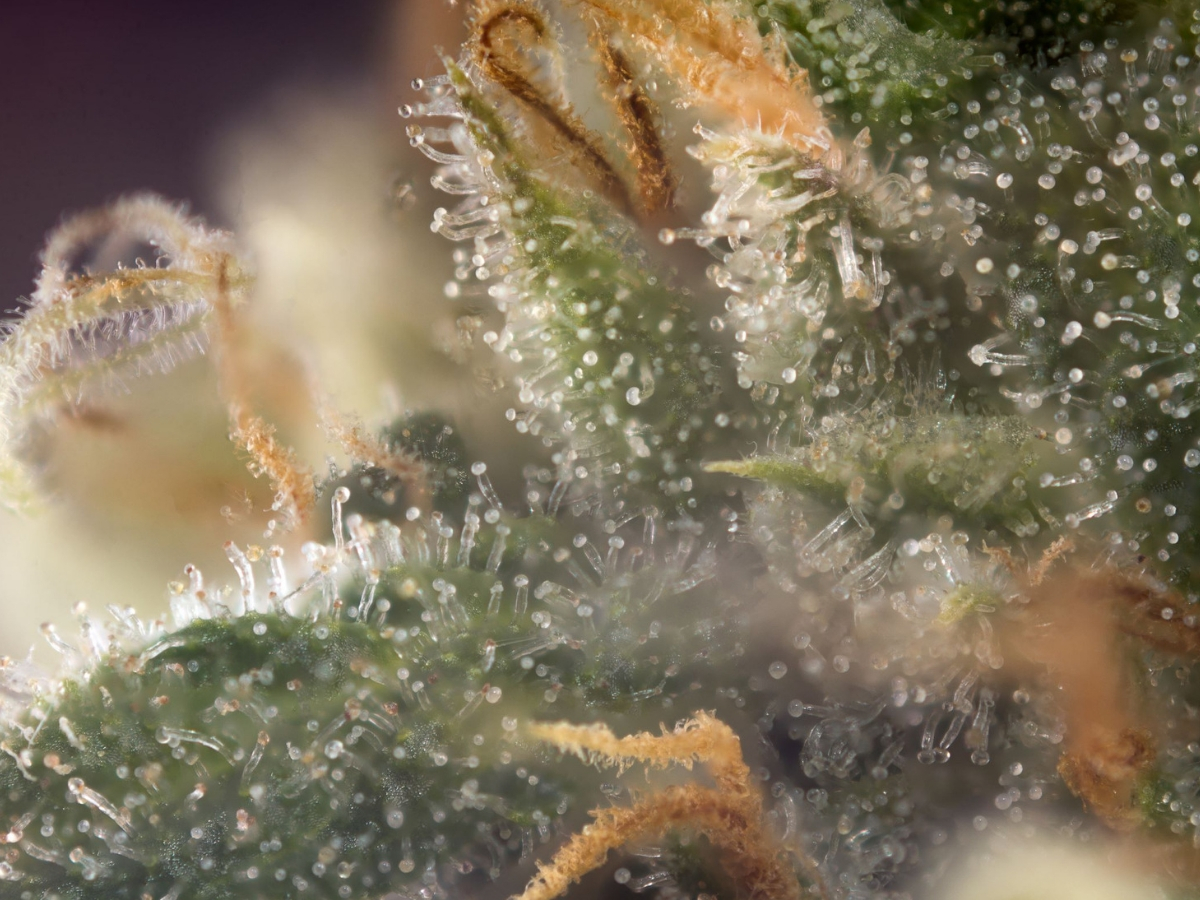 “Those terps are super tasty!”

“These dabs are so terpy and delicious!”

“You can smell the terps as soon as you open the jar!”

If you’ve heard someone use a similar expression and wondered what in the hell a “terp” is, you’re probably not alone. “Terps” is shorthand for the hydrocarbons better known as terpenes.

Terpenes are the aromatic essential oils and alcohols that, when combined with cannabinoids, contribute to the kind of high you experience when you consume decarboxylated cannabis. This synergistic merging of cannabinoids and terpenes, along with THC, is commonly referred to as the entourage effect, or ensemble effect, which produces the desired outcome of the cannabis that each element can’t accomplish by itself.

Terpenes are also responsible for the flavors that make cannabis so pleasurable, but they are so much more than that. Terpenes carry myriad medicinal healing properties that many people with chronic conditions, both physical and mental, could benefit from.

Sativa, indica and hybrid are outdated modes of classifying cannabis strains. The original definition of sativa is “cultivated,” while the classification of indica indicates strains that were grown in India, so it’s sort of silly to continue to describe strains by these labels if we’re using old-school definitions.

Also, most strains are actually hybrids; many so-called pure indicas and sativas are the results of breeding two different strains. Since everyone experiences certain strains differently due to their physiological makeup, the basic labels of sativa and indica aren’t the most significant indicators for how a strain will make you feel.

A more accurate way to define the characteristics of a strain of cannabis is by its terpene profile and by educating patients about the effects of each terpene. The latest technology in cannabis testing makes it faster and more affordable than ever to provide this service to patients and customers. And for budtenders, being well-versed on terpenes will equal higher customer satisfaction and more dollars in the tip jar.

Cannabinoids And Terpenes: Differences And Similarities

In many ways, terpenes work in concert and share similar characteristics with cannabinoids. Terpenes, CBD and CBG, are found in trichomes — the hairs of cannabis flowers that secrete these miraculous compounds — and are all non-psychoactive, unlike the cannabinoid THC.

The Difference Between Terpenes And Terpenoids

People frequently use the word terpene when describing the aroma of a cured flower, but the correct term is terpenoid — terpenoids are what you smell when you sample flower at your local dispensary. Terpenes are the organic chemical compounds on the actual growing cannabis plant; terpenoids occur when growers oxidize their flowers during the curing process.

The following 20 terpenes are presented with their flavors, effects and the strains you can find them in. The studies that have been done on terpenes are new, and due to the federally illegal status of cannabis, it’s difficult to conduct adequate research to support these claims, so there may not be substantial evidence to support all the effects these terpenes may have. You’ll want to refer to each strain’s terpene chart, as flavors and effects can vary from the same strain due to how each grower raised their plants — they can even change from harvest to harvest if your go-to farmer used different growing techniques in the same season.

The most common terpene found in cannabis is myrcene. Associated mostly with indica strains, studies have shown that myrcene increases the effects of THC. The endocannabinoid system has receptors that cannabinoids bind themselves to, and myrcene assists with the absorption of cannabinoids into the blood-brain barrier.

If you eat other plants that contain high levels of myrcene such as mangos, hops or lemongrass, the myrcene found in those plant foods will increase the potency of THC. Eat mangos 45 minutes before consuming to get the most benefits from the ensemble effect.

Terpinolene is the least common terpene. It’s mostly found in sativa-dominant strains and has shown to be effective in treating high cholesterol levels. While terpinolene is found in sativa strains that are typically associated with a boost in energy, terpinolene can also help with sleeping problems due to its sedative effects.

The second most-prevalent terpene is B-caryophyllene. This terpene targets the CB2 receptor, which is associated with the regulation of emotions, making it a good choice for those suffering from anxiety and depression.

5. and 6. Alpha-Pinene And Beta-Pinene

Alpha and beta-pinene are great for asthmatics because they open the airways of the upper respiratory system. While smoking isn’t the best option for those suffering from asthma, vaporizers and edibles work well alongside inhalers.

Not many strains of cannabis are noted for their appetite-suppressant qualities, but if you want a strain that won’t give you the munchies, look for flowers with humulene.

For this reason, If more growers were to test for terpenoid profiles in their flowers and more budtenders were educated on the effects of humulene, there’s a potential for this terpene to become a trend in the cannabis community.

Those prone to anxiety will benefit significantly from linalool. If you’ve ever been calmed by the scent of lavender, then you know first-hand the power of linalool. As a side effect of reduced fear and stress that consumers of this terpene experience, the immune system becomes stronger. A potential positive impact of linalool is an ability to slow or reverse the effects of Alzheimer’s disease.

Terpineol can be found in perfumes. Since it’s usually coupled with pinene, it can be more difficult to detect with just your nose alone. It’s ideal for unclogging stuffy nasal passages, making it a no-brainer for those battling a cold.

Alpha-bisabolol is the perfect terpene to combine with cannabis topicals. Bisabolol moisturizes, soothes inflammation, acts as a sunscreen, and its antioxidant attributes prevent signs of aging.

Another terpene that’s great for skin conditions such as psoriasis and eczema is camphene. Because of its proven ability to lower triglycerides and cholesterol levels in the blood, it can also help reduce the risk of heart disease. If your family is prone to heart problems, pick up this blood-sugar-level lowering hydrocarbon.

If you’re heading to the woods to go camping and are in need of a mosquito repellant, then light up your geraniol-potent joint like sage and enjoy the benefits of grossing out mosquitos.

A significant benefit of geraniol is its ability to prevent cancer cells from metastasizing, and it’s also a powerful neuroprotectant and anti-inflammatory. 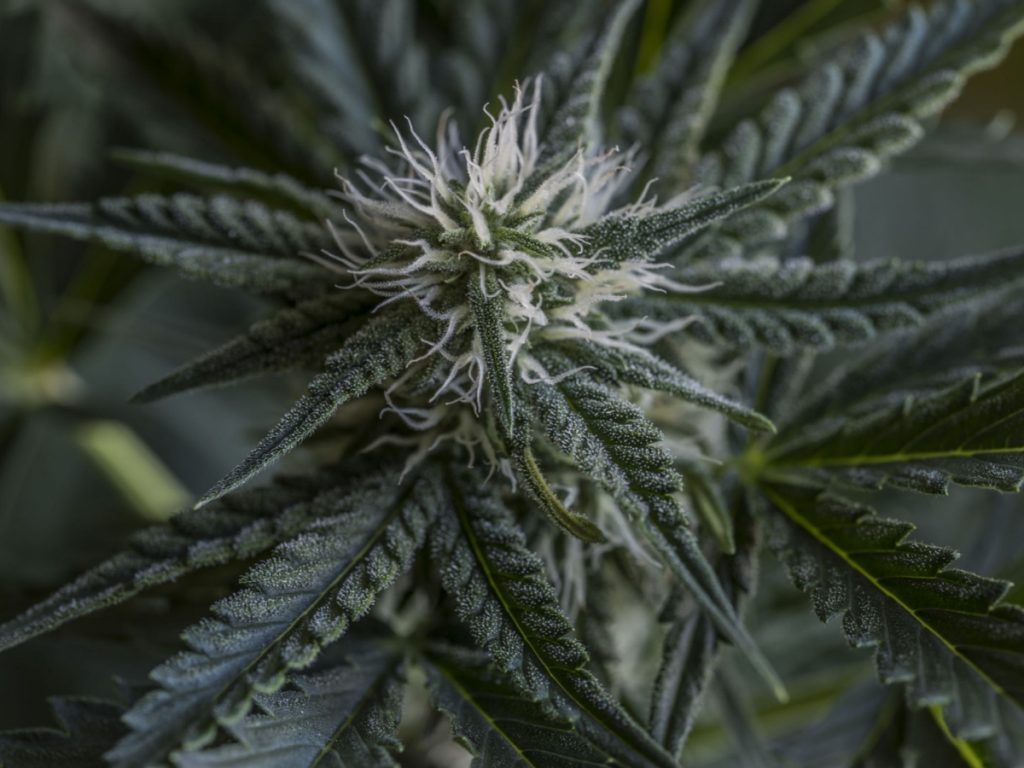 Similar to linalool, cineole can be a potential game-changer when it comes to treating Alzheimer’s disease. The cooling sensation of eucalyptol makes it an essential oil to add to topicals for pain relief and congestion.

Ocimene joins the ranks of pinene, cineole and terpinolene as effective at clearing congestion. Strains with ocimene can also give you euphoria and uplift your sense of well-being.

This sedative terpene has the potential to treat Parkinson’s disease. Also, trans-nerolidol potentially increases the absorption of cannabis through the skin, which could come in handy with topicals that target pain, neuropathic pain and skin conditions.

Used for treating bursitis, arthritis and fibromyalgia, delta 3 carene quickens the healing of bones. When coupled with the bone-growth benefits of CBG, this combo could become a powerful pain management system for those suffering from osteoporosis and other sources of chronic pain.

Just like geraniol, valencene repels mosquitos and ticks. It will also uplift your mood and boost memory retention. More research must be done before we can fully understand all that valencene can offer us.

Looking to cook up some anti-itch topicals? Use strains high in phytol such as Sour Diesel and Cheese. If you don’t have valencene or geraniol on your camping trip to ward off mosquitos, phytol-infused topicals are your best friend.

Guaiol has gained a reputation for curing syphilis. Similar to ocimene, guaiol kills aphids. It’s also useful in getting rid of ticks and mites. Like most terpenes, there is still so much we can learn about its medicinal effects in cannabis.

Sea Weed: Need Organic Nutrients For Your Cannabis? Look To The Ocean
The Truth About INSYS Therapeutics And Big Pharma’s Battle To Take Down Legal Cannabis