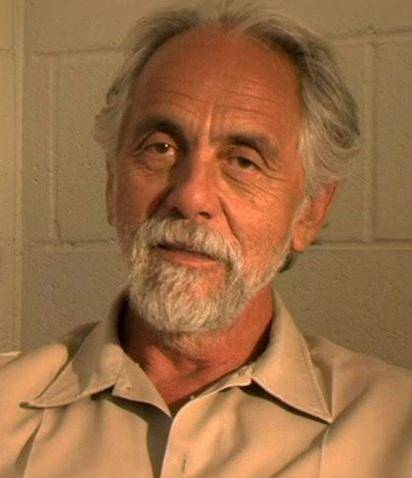 Marijuana icon Tommy Chong, the comedian, movie star and marijuana activist beloved by millions worldwide for his role as the laid-back “Hey mannnn” stoner in the Cheech and Chong movies, is battling cancer.

According to insider reports from the marijuana activism community, Chong has long known that he has prostate cancer and has been treating it with cannabis oil.

The cannabis oil approach is a controversial but widely-used medical marijuana technique in which marijuana cannabinoids are extracted into an oil or alcohol base.

In some cases, the concoction is applied to the skin so that the THC and other cannabinoids are delivered transdermally.

In other situations, oils or tinctures are ingested orally or beneath the tongue for quick absorption into the blood stream.

Cancer patients like Tommy Chong have also used marijuana to counteract the unpleasant effects of regular cancer therapy, such as chemotherapy and radiation.

In those patients, the regular therapy produces nausea, lack of appetite and other discomfort.

Because marijuana is a potent pain-reliever, anti-inflammatory, mood elevator, and appetite enhancer with few negative side-effects and little if any lethal dose potential, marijuana is seen by an increasing number of oncologists as a better palliative medicine than traditional pharmaceuticals.

More recently, scientific studies indicate that THC and other cannabinoids might shrink tumors.

In statements to friends and the media, Chong indicates that his long dedication to marijuana legalization has lately been influenced and strengthened by his personal fight against cancer.

As a star of movies and comedy shows in which he plays a stoned-out hippie character, Tommy Chong created a trademark persona of a pot-smoking stoner who was always high.

It was that persona that brought him to the attention of anti-marijuana forces in the U.S. government.

In the early 2000s, they hatched an elaborate, multi-million dollar scheme to lure Chong’s glass smoking accessory company into “illegally” selling glass bongs and other paraphernalia.

As shown in the heartbreaking movie AKA Tommy Chong, the government tricked Chong’s company into sending the paraphernalia across state lines, in violation of various laws.

Later, in yet another drug raid, the U.S. government seized thousands of DVDs of the movie.

Chong has helped political opponents of the anti-paraphernalia U.S. federal prosecutor Mary Beth Buchanan, a right-wing GOP politician who has made the drug war her calling card.

U.S. government officials explicitly stated that Chong’s roles as a marijuana comedian in his Cheech and Chong movies and stage performances were part of the reason he had been singled out for prosecution.

To prevent prosecution of his wife and son, Chong pled guilty to federal charges and did several months in federal prison in 2003-04.

The government also stole a substantial amount of money from Chong.

He emerged from prison more outspoken than ever, and has been increasingly vocal about marijuana legalization and the harms of the drug war.

According to insiders, Chong’s cancer is being held in check, and has not advanced to late-stage prostate cancer that has a high potential to kill him. However, prostate cancer is a serious illness that has stolen many good people from this earth.

BigBudsMag.com and the rest of the marijuana community send prayers and good will to Tommy Chong.

We passionately hope that the healing herb will ease his pain and stop his cancer so he can live and prosper as the stoner hero we all love!