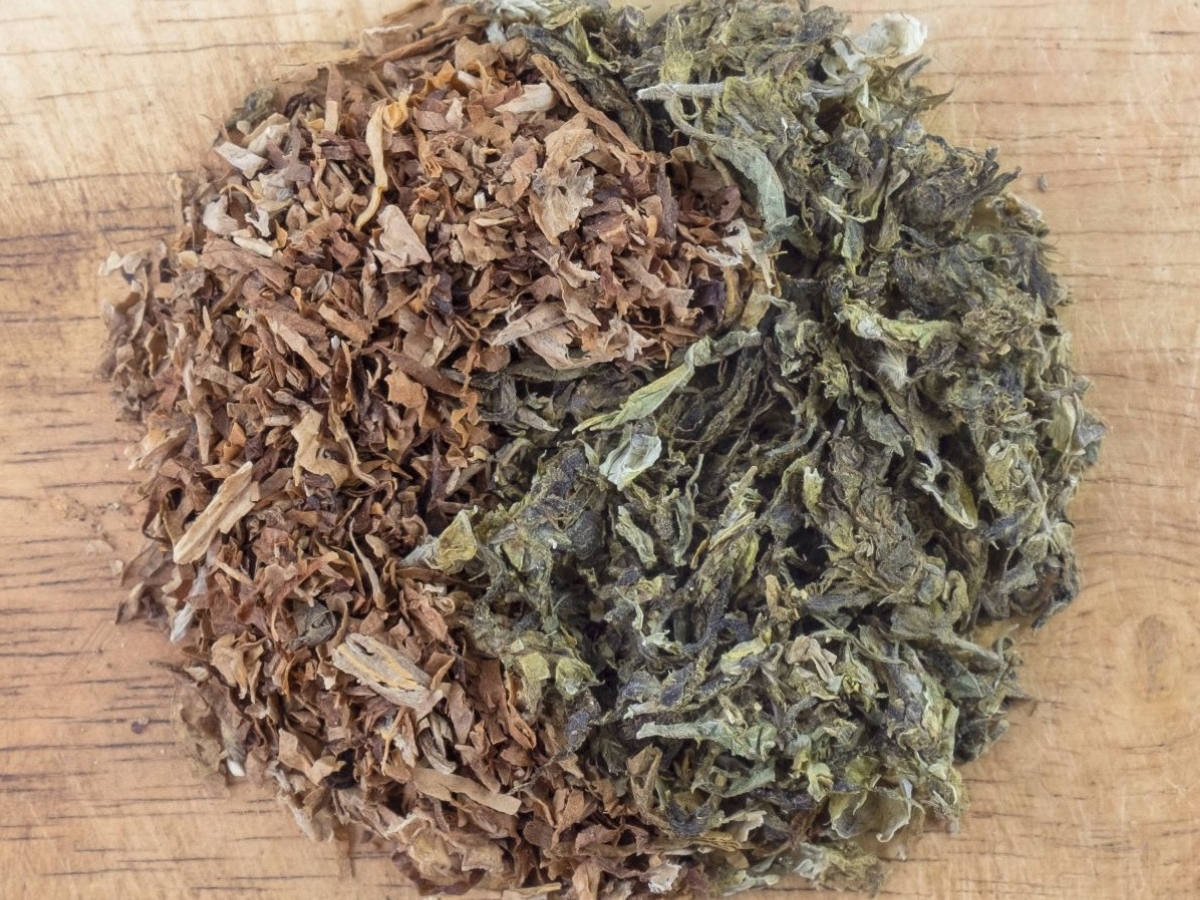 The popularity of tobacco is on a steady decline, leaving farmers scrambling to find a new cash crop, while cannabis is gaining legal status in an increasing number of US states. So, it should come as no surprise to see these two worlds collide, as tobacco farmers are now looking to cannabis to fill their fields and fatten their wallets.

Although Kentucky is the second leading tobacco producer in the US (after North Carolina), tobacco isn’t the cash crop it once was. For that reason, many Kentucky farmers have made the switch to hemp. Indeed, the Kentucky Department of Agriculture (KDA) in 2014 began its Industrial Hemp Research Pilot Program, the success of which tobacco farmers have been taking notice. According to the KDA website:

In 2018, more than 60 percent of the hemp harvested was used for CBD products. Before the 2018 Farm Bill was signed into law December 20, hemp grown in Kentucky had to have a THC level under .3 percent; plants with more than .3 percent THC were destroyed. Cannabis for consumption is a far more lucrative crop than hemp, so if given the opportunity, farmers would likely produce cannabis with THC. Big tobacco seems to be under the impression that mono croppers will soon have that opportunity.

Altria Group, the mega corporation that produces Marlboro cigarettes, recently invested $1.8 billion in publicly traded Canadian cannabis company Cronos Group. While it’s clear farmers and investors alike are willing to make money in the cannabis game, what’s less clear is if they’ll be able to pull off farming it.

Cannabis And Tobacco: The Family Connections

Many Southern farmers regularly switch the crops they grow, so it’s not a stretch to think they could successfully grow cannabis, particularly if given a template. Still, it is worthwhile to examine where tobacco and cannabis plants intersect and differ biologically:

Cannabis And Tobacco: The Differences

Order: Solanales. According to Encyclopedia Britannica, this is known as the “potato order of flowering plants, including five families with 165 genera and more than 4,080 species. Two of the families are large and contain some of the most highly cultivated plants: Solanaceae (nightshades) and Convolvulaceae (morning glories).”

Family: Solanaceae. This family, also known as nightshades, includes popular everyday crops like potatoes, tomatoes, bell peppers and eggplants. Many members of the nightshade family are medicinal, but others, like the belladonna, are toxic.

“In the botanical order of things, tobacco lies midway between the innocent potato and tomato on the one hand and a sinister cluster of hallucinogenic weeds on the other,” writes Richard Rudgley in The Encyclopedia of Psychoactive Substances.

One such hallucinogenic weed is the jimson weed, a flower that can cause weeklong hallucinations when ingested.

Genus: Nicotiana. There are 45 accepted species of plants in the nicotiana genus. Most of these species are grown as ornamentals.

Species: Nicotiana tabacum L. While other species of nicotiana contain nicotine, none have been cultivated by humans quite like the tobacco plant. Like cannabis growers, tobacco farmers have created different types of tobacco plants for different climates and preferences of smokers, but they’re all the same species.

Order: Rosales. A large number of plants that humans eat are members of the Rosales order — fruit trees including apple, peach, pear and plum, along with strawberries, raspberries, blackberries, clover and alfalfa. While these plants may be drastically different in appearance, they’re grouped together because of genetic similarities.

Family: Cannabaceae. Known as the hemp family, this encompasses four genera: cannabis, Humulus (hops), the mulberry family and the hackberry family. Cannabis and Humulus, the most economically significant family members, are aromatic herbs that grow erect or climb and have petalless flowers or single-seeded fruits.

Genus: Cannabis. This genus covers both indica and sativa. Hemp is also part of this genus, as it’s a sativa and bred specially for seeds and fibrous stems.

Species: Indica and sativa are the two species of cannabis. Some consider ruderalis, a formerly wild autoflowering variety, to be a third species, but that’s not the case. The indica and sativa strains bred for psychoactive use don’t include hemp.

Cannabis and tobacco may split at the order level, but they have enough in common that it wouldn’t be much of a stretch for an experienced tobacco farmer to try growing cannabis. Perhaps the most compelling similarity between these crops is that people consume them more for their effects than for their flavor or nutritional value.

Psychoactive Effects Of Cannabis And Tobacco

Cannabis and tobacco have drastically different effects on their consumers, but they share the ability to provide a variety of outcomes. As most cannabis lovers know, it’s nearly impossible to classify cannabis — it can be both a downer and a hallucinogen, and it even has stimulant properties. Nicotine can be similarly complicated to classify. While it’s widely accepted as a stimulant, tobacco has other psychoactive effects as well.

“Tobacco contains the harmala alkaloids harman and norharman, and the closely related harmine and harmaline are known hallucinogens. The levels of harman and norharman in cigarette smoke are between 40 and 100 times greater than in tobacco leaf, showing that the burning of the plant generates this dramatic increase,” Rudgley writes.

Of course, tobacco contains nicotine, which is highly addictive; neither THC nor CBD is seriously addictive. While their effects vary, these crops are both harvested almost exclusively for their effects.

Cannabis and tobacco thrive in similar environments and can actually be complementary plants with the right setup. Both prefer a pH range of about 5.5 to 6.4, both like well-draining soil, and both require full sun. Additionally, tobacco loves humidity levels between 60 and 70 percent, which is similar for cannabis during the seedling and vegetative stages, but that number drops to about 40 to 50 percent during flower stage and even lower during late flower. Both plants thrive in temperatures in the 70–80-degree Fahrenheit range.

Tobacco and cannabis can be grown together successfully if care is taken to adjust the humidity when appropriate. Some growers even claim that tobacco can work as a filter, with its sticky trichomes attracting and then killing pests with its nicotine. These plants would be great companions, particularly in an outdoor setting.

An essential step in harvesting high-quality cannabis and tobacco is the curing process. Curing tobacco is even more labor intensive and vitally important than it is for cannabis.

With cannabis, there is really only one way to dry it properly. No matter how the plant is processed, conditions of drying need to be the same for best results — a dark room with a temperature between 60 and 70 degrees F and humidity between 45 and 55 percent, with proper air circulation.

Curing cannabis must be done in an airtight container, opening it several times a day at first, and then eventually once every few days. The container must be kept in a cool, dry room. That’s of course an oversimplification, but the point is there’s just one way to do it.

Tobacco, on the other hand, has a wide variety of curing methods for creating different kinds of tobacco, which include curing by air, fire, flue, sun and fermentation. Each method has its own set of procedures and requires fastidious attention to detail. Curing and drying are one and the same with all of those methods, except fermentation. Tobacco farmers familiar with the curing process will likely be able to offer insight and expertise to any cannabis curing they may encounter.

The Connection Between Cannabis And Tobacco

When it comes to flavor, fragrance, effects and even biology, cannabis and tobacco are very different plants. Still, they favor similar conditions and are harvested for the same reason — to consume and make you feel different. Perhaps this is why they prefer similar conditions, and can be grown together successfully as companion plants.

So, it’s no wonder Wall Street is willing to bet on tobacco farmers as the next master cannabis cultivators. Generations of being out in the field will give these farmers the insight they need to produce some incredible cannabis.

DIY Cannabis Concentrates: A Hobby With A Heck Of A High
The Big Short: Canada’s Cannabis Shortage Predicted To Last Much Longer