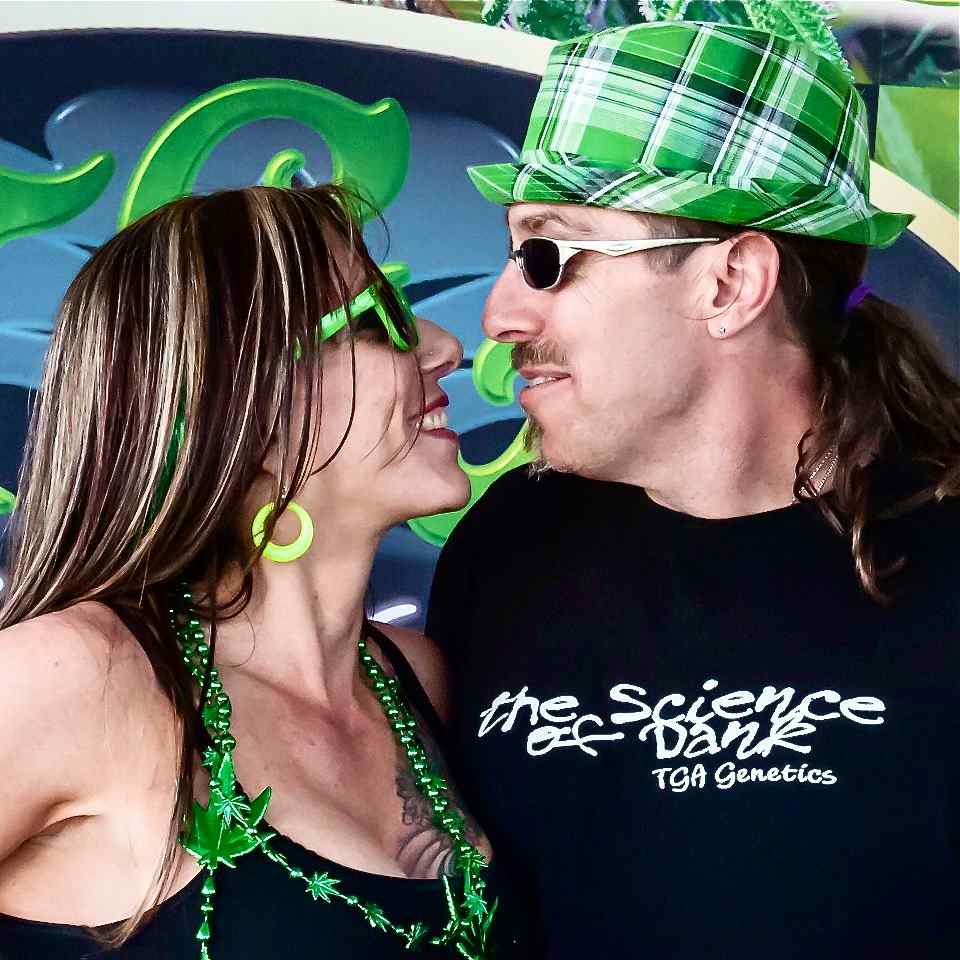 The only “television show” I watch on a regular basis is about “weed nerds” who love and grow legal marijuana. I’m serious. Nerds who grow pot trees—that’s what the show is about. Here’s the backstory of the world’s coolest marijuana reality show:

The show’s main stars: Subcool and MzJill. He’s a tattooed, outspoken grower and cannabis expert who built a marijuana seed empire from the ashes of being imprisoned for growing medical marijuana.

The show focuses on growing marijuana, but also highlights the “family” feeling as North America’s most dedicated pot growers, cannabis strain breeders, and activists ebb and flow across the changing seasons of marijuana cultivation.

You get an inside look at marijuana seed breeding…which is a rather secretive industry.

The dramatic momentum: Subcool looks strong, young, and healthy. The videos show him apparently having an easy time handling the rigorous physical and intellectual demands of being an award-winning marijuana pioneer.

If you’ve ever grown marijuana plants ten feet high and several feet in diameter, you know how much work I’m talking about! The guy tears through his marijuana farming duties like he’s in the THC Olympics.

But underneath Subcool’s high as a kite charisma, smarts, and energy, there’s a serious, sensitive man dealing with imminent mortality.

Sad to say, Subcool (and a team of doctors) are fighting a devastating genetic cardiopulmonary disorder (COPD) that steals his breath…and is likely to kill him long before he reaches old age. Subcool gets high, grows big weight, and makes marijuana videos, while engaging in a defiant struggle against the Grim Reaper.

The Weed Nerd has mini-segments that take you on trippy excursions where wicked music and dark-cycle marijuana flowering room videography combine with crazy voice-over accents to make your head spin.

This is definitely a show to watch while you’re high. You’re sure to delight in the music, the visuals, and the stoner sense of humor.

For the millions of people who aren’t able to live a totally aboveground marijuana lifestyle, The Weed Nerd shows what it’s like to reside in a legal marijuana state where you’re safe to openly build a community of friends and associates who all love marijuana, and live for it and by it.

You witness the TGA crew energetically tending marijuana plants that tower over their heads…building trellises, fences, grow rooms, and soil while making sure every marijuana plant is loved and cared for.

TGA folks stroll through outdoor marijuana gardens, discussing strains and growing characteristics of multiple marijuana varieties, remembering when original cuts were obtained and from whom, checking soil moisture, showing you how to train, top, trellis, and feed marijuana plants.

Their plants are going to produce thousands of dollars worth of connoisseur marijuana.

You get original marijuana music from musicians affiliated with The Weed Nerd, along with well-chosen rock and metal deep cuts (heavy on Pink Floyd and rare classics), and a look at how The Weed Nerd does medical marijuana donations and other philanthropy.

Subcool and The Weed Nerd family are a marijuana subculture, sharing marijuana seeds and individual clones, in their quest for the “highest dank.”

There are only a few people making marijuana video shows that are truly worth watching. The Weed Nerd has a cult following and a kind, 420 community vibe.

When Subcool and MzJill mentioned BigBudsMag.com and noted we had discussed an article about how weed nerds could save the world, weed nerds posted wise comments on the show’s YouTube channel, such as:

“The world would be better if it was run by weed nerds because we would stop wasting time, tax money, and resources imprisoning and destroying the lives of countless individuals for victimless crimes.”

That’s for sure. And here’s another comment typical of those posted on The Weed Nerd YouTube channel:

“Hey Sub: I just finished watching all The Weed Nerd shows in order, up to this current episode. I have to say thank you for all you’ve done for the marijuana culture and your fellow human as a hard-working cannabis breeder. Your TGA seeds and The Weed Nerd shows help me grow my best marijuana medicine ever. Marijuana isn’t addictive, but The Weed Nerd is!”

Get medicated, check out The Weed Nerd videos embedded in this article, and catch the kind marijuana vibe. This funny, educational, and THC-loaded YouTube series is marijuana reality television worth watching!