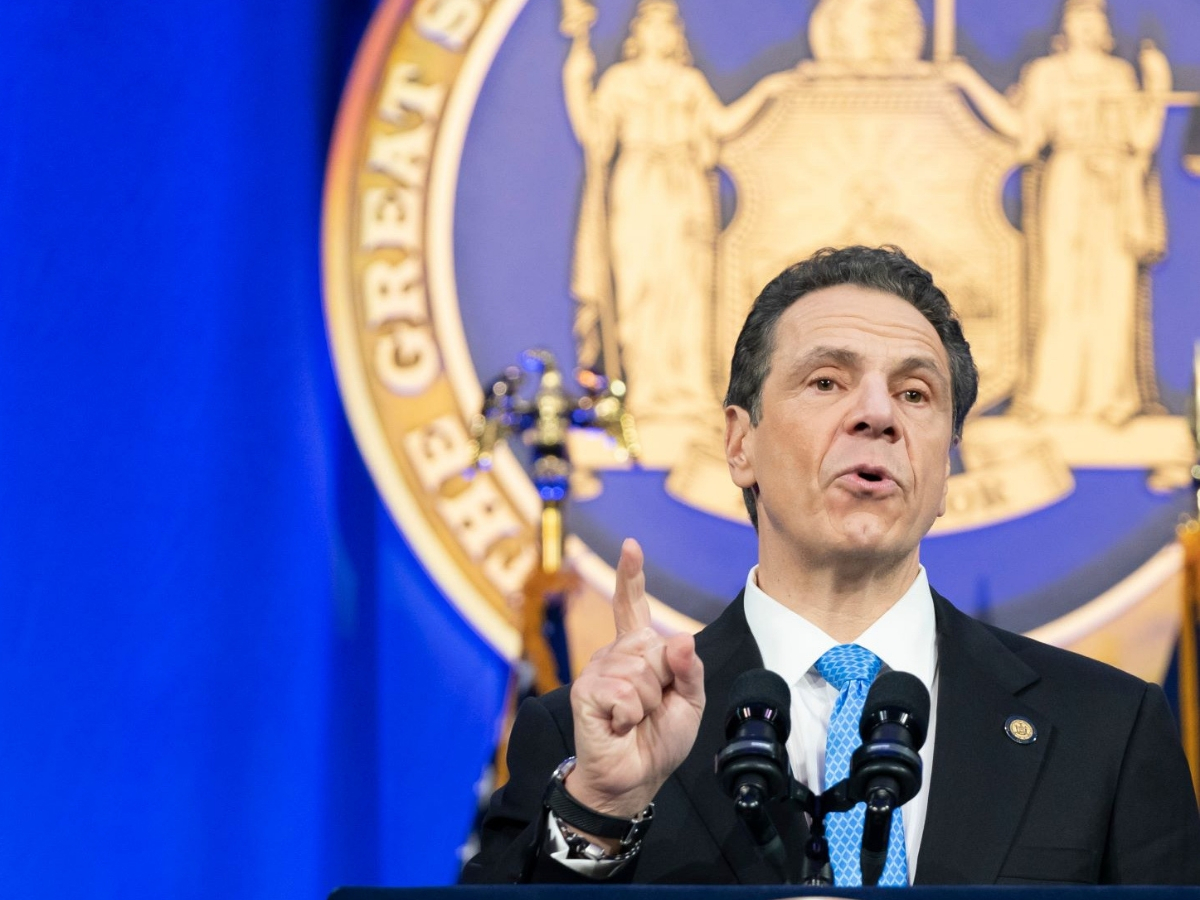 This may not be a midterm or presidential election year, but advocates are still fighting hard for cannabis reform. Grassroots organizations are crafting petitions to get cannabis on the 2020 ballot, and a number of state legislatures are working toward progressive recreational cannabis legislation for 2019.

Here is a look at six states that are coming in strong to fight for recreational cannabis in 2019 (even though not all may legalize by the end of the year).

Leading the charge for 2019, Governor Andrew Cuomo on Tuesday unveiled his proposal to legalize recreational cannabis for adults over the age of 21. Cuomo told lawmakers in his State of the State address that legalized cannabis would be taxed at the cultivation, wholesale and retail stages and would generate an estimated $300 million in tax revenue every year, money that would be spent on traffic safety, small-business development, drug treatment and mental health care.

Cuomo also said his plan would allow individual counties and cities in the state to opt out of the program if they want to, and more importantly, would expunge the records of those previously arrested on cannabis-related charges. Cuomo’s plan is factored into his latest state budget proposal, the final version of which is due at the beginning of the next fiscal year on April 1. New York would be the 11th state to legalize recreational cannabis if Cuomo’s proposal is approved.

“Let’s legalize the adult use of recreational marijuana once and for all,” Cuomo said in his Manhattan address last December, in which he outlined his legislative priorities for the first 100 days of office.

Ever since Chris Christie stepped out of the governor’s office, New Jersey has taken big steps toward a sensible drug policy. Although Governor Phil Murphy failed to meet his campaign promise of legalizing recreational cannabis within his first 100 days in office, he did approve medical marijuana expansion.

Murphy reiterated his stance on legalizing cannabis and touted the benefits it would have for the state at his own State of the State address Tuesday.

“We must ensure that those with a past mark on their records because of a low-level offense can have that stain removed,” Murphy said. “We can do that here, and in a smart way that ensures fairness and equity for minority-owned businesses and minority communities.”

Over the past two years, the state legislature has gone through several attempts at bills for legalized recreational cannabis, which have been canned entirely or sent back and forth for amendments. Advocates are pushing hard for the ability to grow at home, the expungement of criminal records for prior cannabis convictions, and for social equity programs, but all have been a challenge to negotiate.

“The Garden State’s governor came into office in 2017 with the audacious promise to end the prohibition of cannabis, to expedite expungements for cannabis crimes, and to end the for-profit prison system so that the state’s resources might be better managed,” says cannabis writer and marketer Patricia A. Patton, a.k.a. Cannaboomer. “Things moved quickly until they didn’t in the Senate and the Assembly. In spite of this, there is more support than opposition. There is also substantial evidence that Governor Murphy is committed to delivering on this promise. At this time, the Senate and Assembly continue to quibble over details, but my guess is they will deliver a document for the governor’s signature earlier in 2019 rather than later in the year.”

Things have been looking up for the Constitution State since Ned Lamont took office as governor, as legalization is one of Lamont’s top priorities, according to a November press conference.

“Connecticut, of all the New England states, is most poised to move forward with legalization this year,” says Matt Simon, New England political director of the Marijuana Policy Project. “There hasn’t been a bill introduced yet, but legislative leaders from both chambers are meeting and discussing what path they want legalization to take, but everyone seems to think the votes are there in Connecticut — and the governor supports it.”

Vermont made history in January 2018 when it legalized recreational cannabis through the state legislature, rather than citizen referendum on an election ballot — but the fight still isn’t over.

The policy went into effect last July, but it only accounts for cannabis possession and limited cultivation, and not commercial sales, meaning that dispensary storefronts aren’t permitted to operate in the state. Fortunately, Regulate Vermont is leading efforts to manage cannabis commerce throughout the state. Although Governor Phil Scott had previously opposed legalization and said that Vermont isn’t ready to end prohibition, Simon of the Marijuana Policy Project believes the State Senate will be the first to successfully pass a recreational bill.

“Some people think the governor might come around in Vermont and support some type of regulated tax system in 2019,” Simon says. “Whether he does or doesn’t, there will be a bill any day now in the Senate — there’s already been a bill introduced in the House.”

The Sunshine State passed a medical measure in 2016, but there have since been significant steps toward a more progressive policy. Newly elected Florida Governor Ron DeSantis has spoken in favor of expanding the state’s medical marijuana program and, according to the Miami New Times, there are two court appeals underway that could expand the state’s cannabis market.

There are also everyday citizens attempting to change the culture and challenge the stigma of cannabis. Grassroots organization Regulate Florida is currently collecting petition signatures to get a referendum for recreational cannabis on the November 2020 ballot. The group advocates for the adult cultivation, use and possession of cannabis. Similar to the law in Massachusetts, the group is also pushing for the growing of up to six cannabis plants per adult aged 21 years of age or older in a given household.

“I do not think there is any possibility of legalizing this year,” Michael Minardi, chairman of Regulate Florida, tells Big Buds. “We will use this year to educate, mobilize and gather signatures to ensure adult use is on the ballot for 2020. I am confident it will happen in 2020. If we do not get on the ballot, I’m afraid it won’t happen until after federal legalization.

New Hampshire’s House of Representatives voted last year in favor of recreational legalization, but the legislation died in the Senate before being sent to the governor’s desk for approval. It’s likely it wouldn’t have been approved anyway, given Governor Chris Sununu’s vocal opposition to pot, with the Republican having said late last year that “recreational marijuana is just big tobacco 2.0,” and that it’s trying to “wedge its way into American culture.”

Advocates in the Granite State are still working toward a resolution that expands access to cannabis. Marijuana Moment reports the New Hampshire legislature introduced three bills to enact full-on legalization.

“We had a commission that met over the last year and a half, and they published a report in November,” Simon tells Big Buds. “The commission didn’t recommend whether New Hampshire should or shouldn’t legalize. They said if it’s going to be legal, here’s how we think it’d make sense to regulate it. There’s a bill being introduced [in the House] any day now with bipartisan support that will most likely follow the recommendations of that commission.” 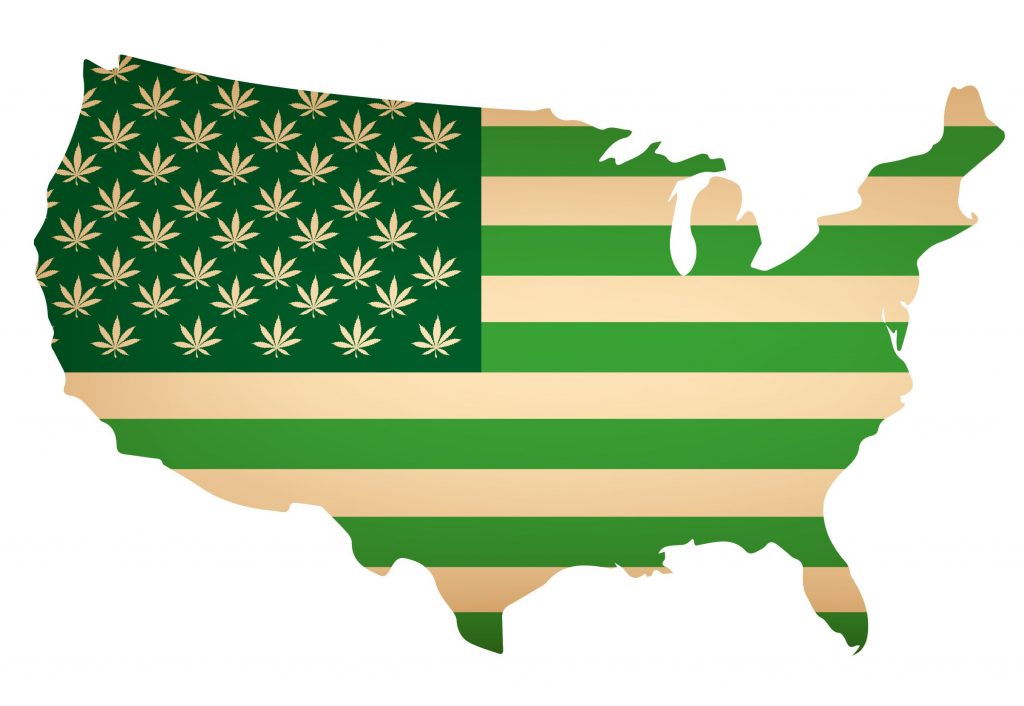 Other States To Watch Out For In The Legalization Fight

While state legislatures and civilian-driven groups historically have done much of the heavy lifting when it comes cannabis referendums, a pro-pot governor certainly makes for an easier terrain for fighting. There will still be a tough fight for legal pot, but governors who favor legalization typically already understand the benefits. Illinois, Minnesota, New Mexico and Delaware have all celebrated campaign wins of pro-cannabis elected officials, according to the Marijuana Policy Project. Rhode Island is also receiving pressure to follow suit from bordering states who have since passed recreational measures.

It’s important to also highlight efforts spearheaded by those who don’t hold political office. Despite a political loss last year, a group in North Dakota is committed to a second chance. Legalize ND, a grassroots organization pushing for recreational weed, is planning to tackle a ballot question again in 2020. Meanwhile, in Pennsylvania, the Keystone Cannabis Coalition is organizing reform groups throughout the state to push elected officials to prioritize inclusive recreational legislation.

Needless to say, we’re expecting to see more progress on the recreational front in 2019.

Forget The Border Wall And Build Momentum Toward Cannabis Legalization
The Ballad Of The Dutch Grow Shop: How Staying Small Kept The Legendary Plantarium In Business