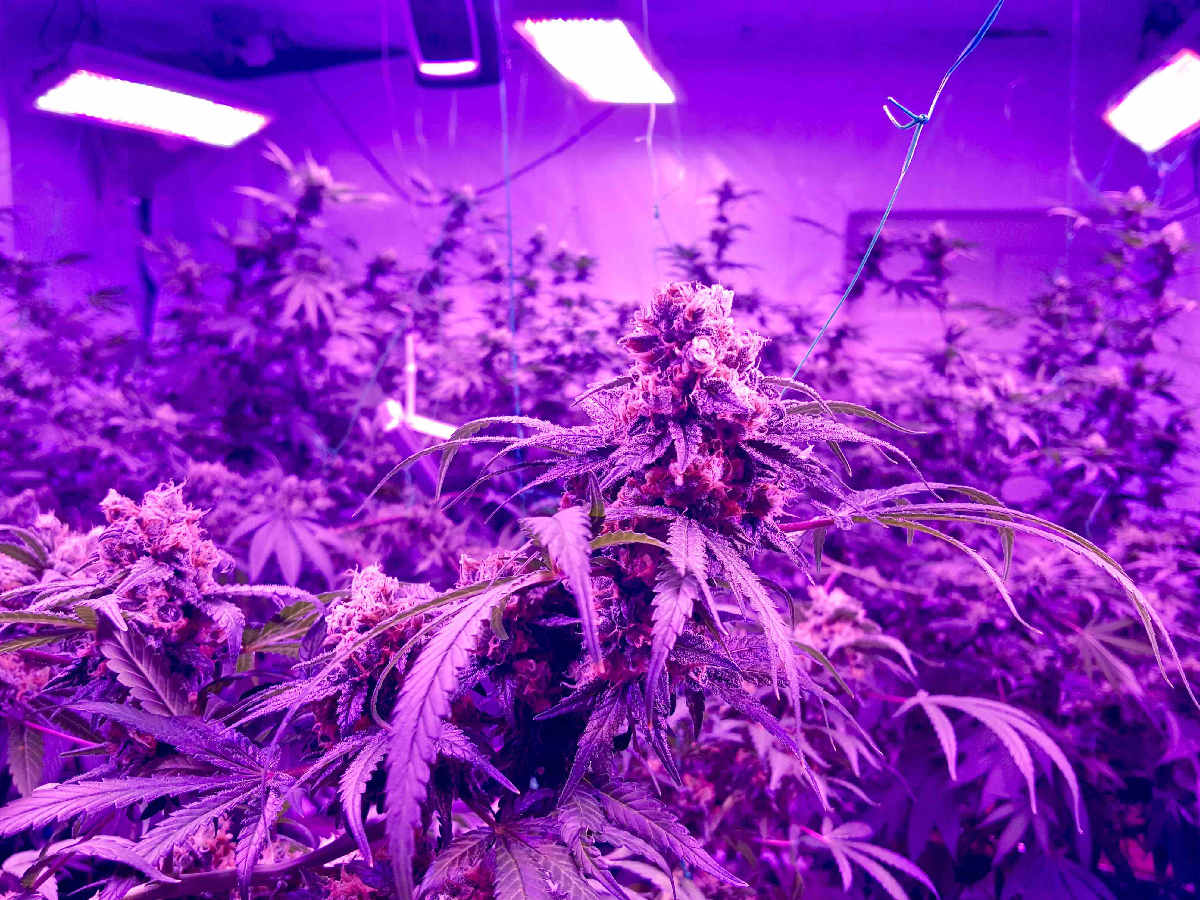 In our first article in this groundbreaking series on LED grow lights, we introduced you to Matt Johnson, founder of Lush Lighting.

Matt’s the only guy in the LED lighting industry who has the guts to publicly acknowledge he designs LED grow lights that boost marijuana health, growth rate, cannabinoid percentages, and harvest yield… even compared to high-intensity discharge (HID) lighting.

In the first article, Matt explained that he tried the other major brands of LED grow lights in his legal medical marijuana grow room, and found they had serious problems.

He put together a scientific team, and discovered what was wrong with those existing LED grow lights, and how to make a new generation of LEDs that work better for you.

In this article, Matt explains how improvements in LED technology, and his company’s proprietary research, led his company to create the first-ever LED grow lights made specifically for marijuana.

Matt Johnson: The first light-emitting diodes (LEDs) were created in 1907 by Henry Joseph Round, a British experimenter.

By the year 2000, LED’s were available in all colors of light visible and invisible to the human eye, and diode manufacturers are always pushing to increase LED’s intensity, efficiency, and efficacy to produce 130 lumens per watt or more.

Lush Lighting engineers are constantly networking with LED diode engineers so we utilize the most advanced LED diodes.

What we love about LEDs is they can create any color of light including ultraviolet and infrared.

HPS, MH, CFL, plasma, induction, quartz, halogen, incandescent and all other types of lighting sources are more limited than LED in the combinations and ratios of light wavelengths they can create.

When cannabis plants are fed light wavelengths they like, it drives photosynthesis and other processes that create faster growth, resins, floral size and weight, and overall plant health.

What every grower needs to know is our research with other brands of LED grow lights, as well as plant science research, shows that most LEDs lights generate the wrong ratio and intensity of wavelengths, which works against photosynthesis.

What’s really disappointing is that these same LED grow light companies claim or imply, because most of them won’t mention cannabis, that their products target specific colors best for cannabis photosynthesis.

Problem is, their marketing claims aren’t backed up by their research and development. Their products in many cases are bad for photosynthesis and other cannabis metabolic functions.

They lost their investment and revenue, and also lost their faith in LED grow light technology.

Lush Lighting LED grow lights are the only ones that give cannabis plants the specific light spectrum they really want.

This is why color spectrum plays a more significant role than light intensity in fueling photosynthesis.

The way different plant species perform a metabolic function called the electron transport chain (ETC) differs, and can be hindered when a species is denied specific light spectrums.

Cannabis is in a category of plants that can metabolize all photons, has one of the most efficient electron transport chains, and can grow as tall as a tree in one single season.

Lush scientists discovered in 2012 that cannabis absorbs blue light at a ratio of 2:1 over red light.

The peak absorption of light for Chlorophyll B is 80% of blue light and 30% of red light.

The peak absorption of light for Chlorophyll A is 60% blue light and 40% of red light.

Plants absorb 60% to 80% of blue light and only 30% and 40% of red light (even during bloom phase) so any LED grow light that has an overall red color hue is producing the wrong color spectrum.

The most basic thing growers should realize is that the only LED grow lights that work well for cannabis are those that are engineered for and tested on cannabis.

As BigBudsMag has stated, Lush Lighting is the only company that acknowledges the cannabis plant and makes LED grow lights for it.

The stark truth is that other LED grow lights generate light spectrums that work against cannabis photosynthesis rather than for it!

Matt Johnson: When growers refer to penetration, they are really referring to how far down from the top of their plants, that their plants produce dense, sticky flowers.

We all know most LED grow lights lack enough intensity and the correct PAR spectrum to produce large, dense flowers penetrating deep into the canopy.

We upped canopy penetration by increasing delivery of color spectrums that fuel photosynthesis.

The other LED grow light companies view light as a frequency or wavelength varying in color.

But we view light as plants do—tiny particles of energy varying in voltage.

An ultraviolet photon is at least 3 eV (electron volts) where a yellow photon is around half that (around 2 eV).

The electrons from blue light are more powerful than electrons from yellow light and as a result fuel root growth more efficiently and complete the ETC for chlorophyll in areas that are farther from direct light.

This is based on the inverse square law that governs gravity, electricity, sound, radiation and light.

Each will lose intensity inversely proportional to the square of the distance from the source.

The more intense the grow light is to begin with, the more it will proportionally remain intense enough for fueling photosynthesis.

If you’re growing with a fluorescent or LED that performs best with plants one foot from the fixture, then it will lose light intensity and no longer be useful enough for cultivating plants at two feet.

Plants also need to be further away from the double-ended HID fixtures, because of the intense heat.

You need ten-foot ceilings and massive air conditioning capacity to use double-ended HID.

And even though an 1150 watt Gavita DE-HPS produces 200,000 lumens a foot away from the fixture, it doesn’t deliver the ideal spectrum for fueling photosynthesis.

The truth is that while double-ended HPS is a better fixture than traditional HPS, the Lush LED grow lights are even better for your plants.

Lush LED grow lights lower your grow room costs, especially when you compare the electricity draw per light, the output of the proper light spectrum per watt, and the cost of cooling.

Lush Lighting combines the proper light spectrum with enough light intensity to increase penetration so that our LED lights even beat DE fixtures.

In fact, HPS lighting is like plant growth regulators (PGR’s), in that it manipulates plants to produce larger buds but the plants aren’t induced to also produce enough resins to keep up with the increased floral weight.

And we’re talking specialty cannabinoid production, such as THC-V and CBD-V.

Buds grown under our lights are bigger, more potent, they smell and taste better, and they have higher percentages and an increased range of medicinal compounds!

In our next article in this exclusive LED grow lights series, Matt talks about the start-up cost of buying Lush LEDs, and how those costs are quickly erased by the increased bud size, potency, and quality of your crops.