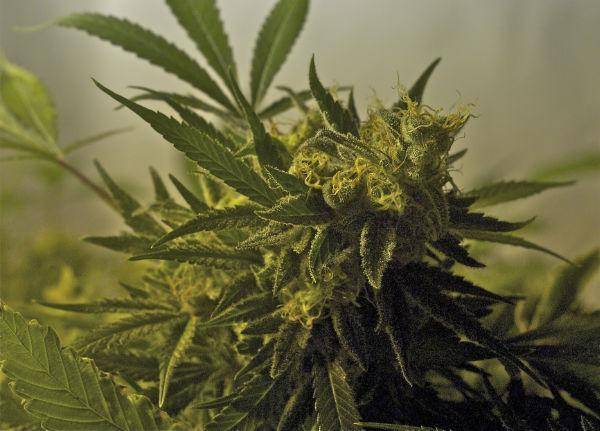 By Steve Davis | Published: June 1, 2011
If you’ve ever been to the High Times Cannabis Cup in Amsterdam, you’ve heard of Arjan Roskam and probably smoked his Cannabis Cup-winning medical marijuana.

Arjan is founder of Green House coffeeshops and Green House Seed Company, and it’s no wonder he’s called “The King of Cannabis,” and “The Godfather of Cannabis.”

His strains have won dozens of Cannabis Cup and HighLife marijuana awards, and dozens more awards at marijuana competitions across Europe and the rest of the world!

What’s up with all the awards?

It’s because Arjan travels the world as a Strain Hunter, looking for rare marijuana genetics.

Then he and his cultivation and cannabis breeding expert Franco Loja bring the strains back to Holland to use in breeding programs.

The result: strains of Indica and Sativa marijuana sought after by outdoor growers, hydroponics indoor growers and medical marijuana patients.

Green House Seed Company is responsible for some of the strongest and rarest medical marijuana strains.

Arjan has pioneered a wide array of Haze varieties that include multiple versions of Ultra Haze, along with Lemon Haze, and Neville’s Haze (traced back to Neville, the first commercial seed breeder and seller in Holland).

But it isn’t just the vast array of genetics that puts Arjan into the King of Cannabis category.

There are other legendary seed breeders, such as Sensi Seeds’ Ben Dronkers.

But Arjan is a Dutch marijuana seed breeder and coffeeshop owner who fully takes advantage of the Internet’s potential for promoting marijuana products and for educating marijuana growers and patients.

Arjan’s Strain Hunters videos and his grow videos are on YouTube and are seen as some of the top marijuana videos on the net.

The grow videos are time-lapse chronicles that show hydroponics marijuana cultivation techniques and marijuana plants that are so huge and high-yielding that it’s almost heartbreaking.

The Strain Hunters series is like National Geographic for marijuana, with Arjan and friends visiting India, Africa, and other exotic locations to source the rarest landrace marijuana genetics and enjoy the finest natural-grown buds and hashish.

Arjan is known as an innovator.

On the Green House Seed Company website you see the amazing “Flavour Wheel” that provides the most detailed descriptions of marijuana taste and aroma ever seen.

You can also view photomicrography of individual marijuana resin glands, revealing the glands to be crystal clear or amber structures with fat round heads on top of clear sturdy stalks in a stunning variety of shapes and sizes.

These features are intended to increase germination success rate, and to help growers recognize seeds of specific strains.

If you visit Amsterdam, be sure to stop by Green House coffee shops.