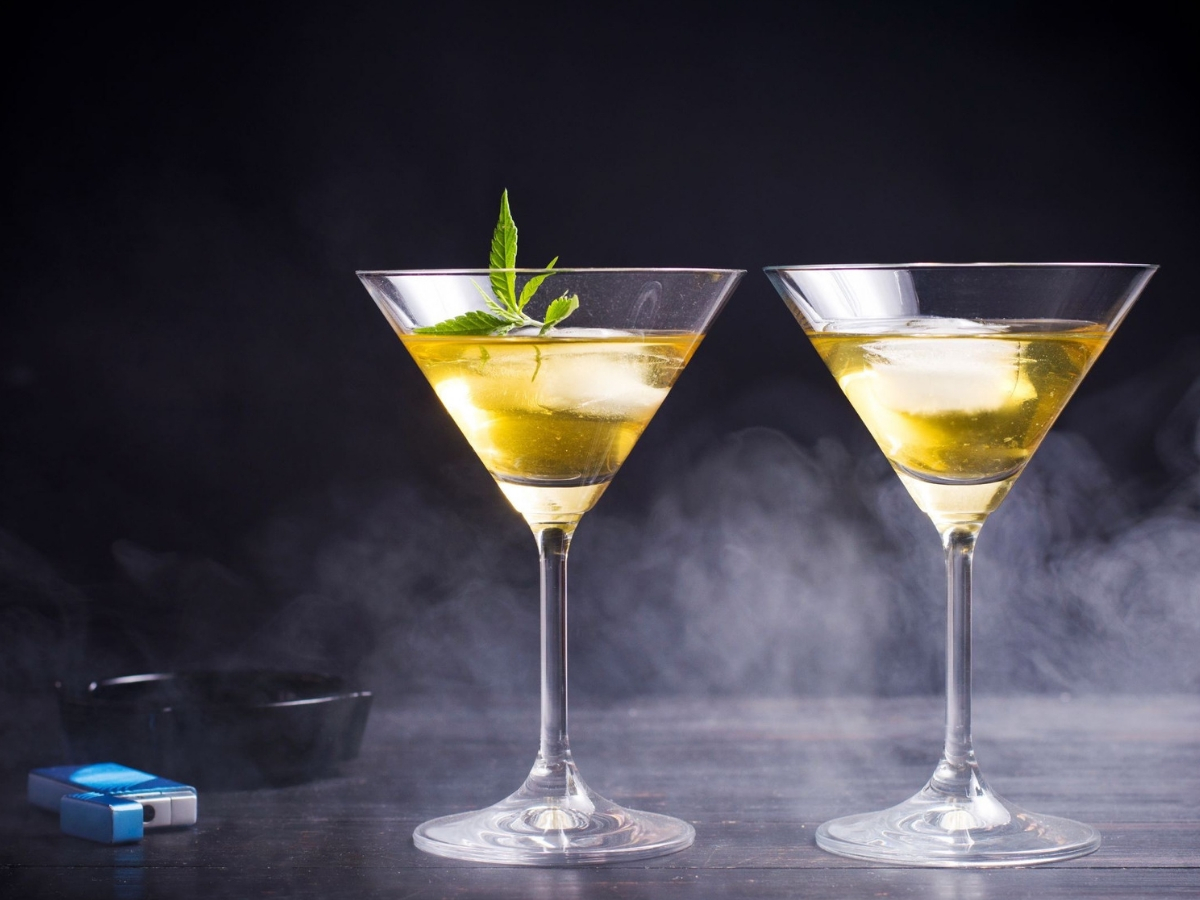 You might not be the nightclub type, but you are still a patron of your city’s nightlife, even if it’s just going out for a peaceful evening meal, according to the 2018 New York City Nightlife Economy study.

The definition put forth in this groundbreaking survey classifies all food, drink and entertainment activity between the hours of 6 p.m. and 6 a.m. as nightlife — quite a wide parameter, but one that accounted for more than $35 billion for New York City alone in 2016, including $697 million in tax revenue.

This is a much bigger player in the city’s economy than previously fathomed, with $13.1 billion in wages for hospitality workers, drivers and related professions.

But what will happen when America’s biggest nightlife economies in cities like New York and Los Angeles collide with legal cannabis?

When It Comes To Nightlife, Where Does Cannabis Presently Stand?

Of the 10 states with legal recreational cannabis, only a fraction allow any type of social consumption. There are establishments opening that are geared specifically toward cannabis, but they cannot sell alcohol on the premises.

“Cannabis has been decriminalized in New York, but venues are stuck with the laws of yesteryear that they must uphold,” according to Steven Klavier, a Brooklyn-based creative director and producer who has worked with popular New York nightclubs House of Yes and Verboten. “It’s a liability for them to have guests smoking inside a club, as it can jeopardize the liquor license, so it’s still criminalized inside the club.”

Despite the regulations and red tape, cannabis has always found its way into nightlife, albeit secretly. Security guards at nightclubs and music venues are trained to look for cannabis and prevent it from coming inside, but people have been sneaking joints into bars and concerts for decades.

What Does It Currently Look Like Where Nightlife And Cannabis Do Mingle?

At present, there are no official intersections of cannabis, alcohol and nightclubs or bars, but there are emerging parallel scenes. Journalist and rave queen Michelle Lhooq floats in multiple pools as creator of the immersive Weed Rave, which brings these pursuits into the same arena. Lhooq is also the author of the forthcoming book Weed: Everything You Want To Know But Are Always Too Stoned To Ask, and her solid cannabis credentials make for great insight.

“Cannabis parties at the moment are very industry oriented,” Lhooq says. “Because it’s a new phenomenon, there’s not too much public stuff.”

She knew there needed to be a champion of both nightlife and cannabis, so Lhooq started the campaign for normalization of nightlife consumption in her new home city of Los Angeles.

“That’s exactly why I started Weed Rave. I was going to so many parties and experiencing the bounty that legal weed has to offer, and I realized that my friends outside of the weed industry weren’t tapping into the same thing,” Lhooq explains. “With a lot of weed nightlife, there’s a focus on brands, but you need to be equally focused on the atmosphere and music.”

Division between the scenes and economies is very clear in legal Los Angeles, where alcohol-free consumption lounges are on the way in West Hollywood. But back in New York, the impending legalization of cannabis may not have an impact on the club scene for some time, and Klavier thinks this would be a squandered opportunity.

“I think nightlife is missing what could be potential revenue,” he says. “If we were able to sell cannabis in existing nightlife businesses, it would be a significant increase to the profit margin overall.”

With billions of dollars potentially on the line, New York may need to take an unorthodox approach to cannabis sales that goes beyond the traditional dispensary model. Considering the sheer number of nightlife establishments that sell alcohol — 25,000 at last count — there’s a massive business opportunity there, even if a fraction of the permits were granted. 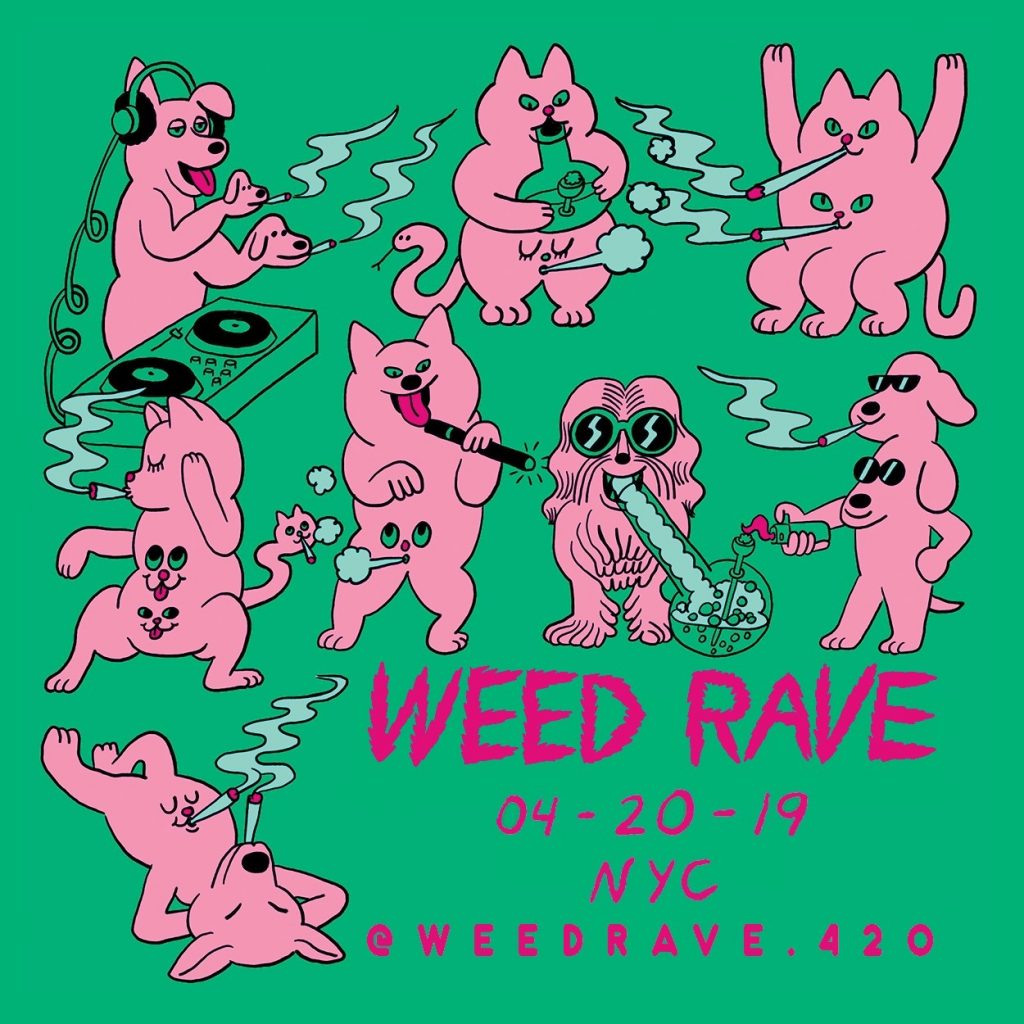 Down The Road For Social Cannabis Consumption

Bloomberg reported in 2018 that legal cannabis revenue could reach $75 billion by 2030, a staggering amount that could give the country the economic boom it needs. Right now, all eyes are on California and its budding cannabis consumption industry, and other states will be sure to follow suit if their plans come to fruition when the first lounges open later in 2019.

“When I moved to California, I was so excited to see what kind of innovation people would use to bring cannabis into nightlife,” Lhooq says of her decision to leave New York’s slightly uptight cannabis culture. “I’m really excited for weed-centric venues; I feel like cannabis lounges, clubs and cafes have so much potential to create their own nightlife culture that’s different from alcohol.”

The regulations in Los Angeles for weed spots are moving toward alcohol-free, but that may not be a feasible option in other cities. Alcohol and cannabis are not always the greatest substances to mix, especially in binge amounts, but many can consume both with no issue. With safe guidelines and mild options, co-consumption may be a reality, albeit a much more distant one.

According to Klavier, making the choice available for people who don’t consume alcohol, or who may want to consume less, would be a boon to existing nightlife operations.

“What if we can start vending cannabis at a venue, or allow people to partake freely? Perhaps people would drink less and be more chill, with less aggressive behavior,” he notes. “Maybe there would be fewer fights and less sexual harassment. Alcohol has a tendency to agitate people in certain ways, where you can’t really say that about cannabis.”

Right now, co-consumption is limited to private settings, but sometimes those can be the best situations, as they can feel more intimate and safe for guests when close friends are hosting.

“Any establishment that serves booze should allow weed,” Lhooq says. “I don’t think cannabis should be limited to any subculture or economic status. As part of this mainstreaming, I want to see it equal to booze so there’s something for everyone.”

Having space to accept everyone is important to those in the nightlife industry, which has always championed some form of inclusivity — with a niche for everybody.

“Cannabis is more healthy than other club drugs, and enhances music more than alcohol,” Lhooq continues. “I think people listen more closely and it makes them more aware of their surroundings, so they’re more aware of issues like consent and personal space. It’s not as sloppy as booze.”

This would represent a big step for the nightlife scene, which, though exciting and accepting, can be occasionally dangerous for women and queer people, especially when alcohol is thrown in the mix. Incorporating some of the consciousness and politically minded strategies of cannabis could only improve upon what is already an incredibly democratic corner of life and culture.

“The atmosphere of events geared toward music and culture tend to have a more relaxed attitude about a lot of things,” Klavier says. “That comes from where nightlife culture started, with house music and dance music, full of accepting people. That ethos vibrates through today.”

Although he’s pulling for cannabis freedom in relation to New York nightlife, Klavier thinks it will be a long wait.

“There are a lot of challenges with the mindset of some of our lawmakers — people still villainize cannabis — and until there’s a big change, I don’t see any big leaps forward,” he says.

Food, sports, dancing and drinking can all be enjoyed under one roof, and hopefully cannabis will soon join those ranks. With billions of dollars in economic development on the line, it may be time for some more evolved thinking.

Herb Your Enthusiasm: Enhance The Cannabis Experience With These Plants
Inside Out? How To Transplant, Time And Harden Your Cannabis Plants For The Outdoor Grow Season