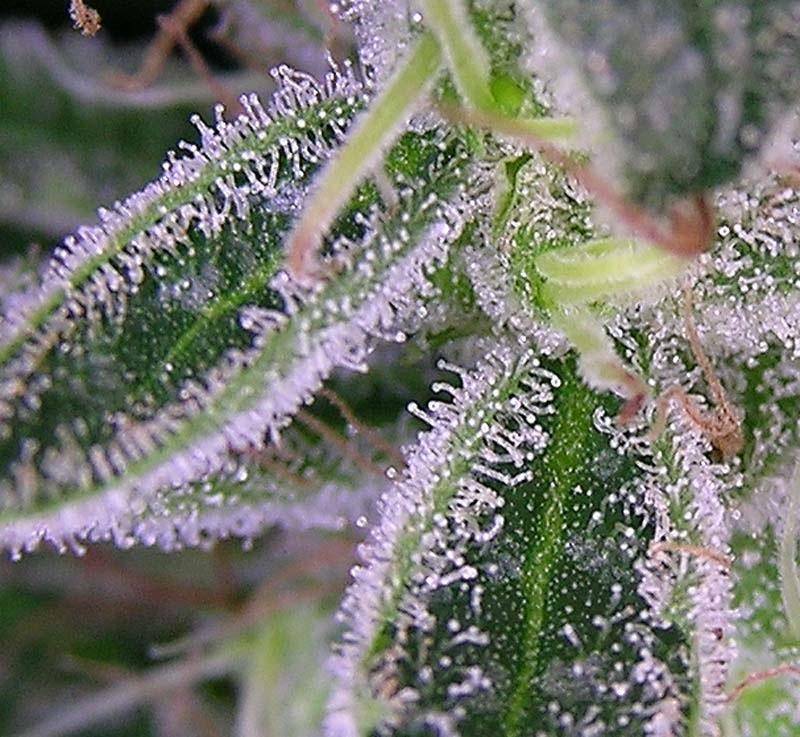 Jack Herer is a marijuana hero, a man who worked tirelessly to tell the history of marijuana criminalization while insisting that marijuana be legal.

Now let’s take a look at a strain I’ve named in honor of Jack– Jack’s Cleaner.

You may not have heard of the strain Jack’s Cleaner, but among collectors of elite marjuana genetics it has become somewhat of a legend.

This is due to several factors.

The first is I grew it for many years before other respected growers tried it and let me know it was probably the best Sativa hybrid in existence.

Several respected underground breeder/growers met at my place and we spent three days toking, testing, talking and feasting on BBQ and southern food.

We had a unofficial judging and Jack’s Cleaner won every first place vote.

Now maybe the guys were just being nice because I tossed the gig, but I knew at least I had found a great strain.

So where did Jacks Cleaner come from?

I got my first computer in about 1994 (an Acer 133) and started looking for online cannabis information.

It certainly wasn’t anything like today, but it led me to grow chats where I met others that shared an interest for growing.

One of the first growers I became online friends with was a guy with the nick “Skoosh.”

We swapped stories online, toked while we typed and found out we both love ice cream.

He offered me of his marijuana seeds and we traded around what we each had.

He sent me about 200 seeds of a old strain called Skoosh that was pretty infamous in his circles, so I started cracking large trays looking for a keeper.

The make up of these seeds were Pluton, Lambs Bread, Purple Haze, and Northern Lights.

What mix or pattern these crosses occurred I am not sure.

Most of what I found was not impressive.

I did find a few that seemed normal and grew them to maturity.

Of all the seeds I started over a period of a year, one phenotype stood out.

It was a extremely resinous ultra lemon wonder.

It smelled like Mr. Clean household scrub, so I named it “The Cleaner.”

It had one poor trait, and that was weak stems and overall lack of size and vigor.

I had not yet read botany (and we all thought breeders were smarter than God) so what happened next was pure luck.

I had a Jack Herer male from Sensi Seeds that I was to lazy to kill, so I just placed it in a dark garage.

It refused to die, so I placed a small 12-inch Cleaner clone with him and she produced about 35 seeds.

From these, I selected the best female and tossed all the males.

That female was the start of Jack’s Cleaner.

Jacks Cleaner is a large heavy-producer with ultra white raised trichomes that give buds a gooey appearance.

It has an overwhelming pure lemon smell and taste I’ve never found in any other strain.

Just the speed of resin production makes her somewhat of a freak. The glands develop early and swell up for weeks.

I will attempt to describe toking Jack’s Cleaner from a clean bong.

The smoke is crisp and thick with a heavy lemon oiliness that seems to coat the sinuses with citrus.

It is a bit harsh and tends to make me wince, then the expansion starts.

If you took a small enough hit and don’t cough, the buzz is instant.

At first the buzz is visual and very cerebral.

Then the other side starts creeping and you feel as if you smoked some heavy Indica.

The munchies come on and after you eat plates full of bizarre food combinations you’re ready for a nap.

Once you are used to the high, it has amazing analgesic properties and a good friend said it was an aphrodisiac that helped him make love longer with his girlfriend!

We now have a backcross called Jack’s Cleaner 2.

You can expect medium to heavy yields after an 8-10 week bloom phase in which the buds get fatter faster during the last 3 weeks before harvest.

This dank is almost as gooey as Gorilla Glue #4, which we just released our version of, called Cosmic Glue.

Breeding marijuana seeds is my passion and you’re going to love Jack’s Cleaner!