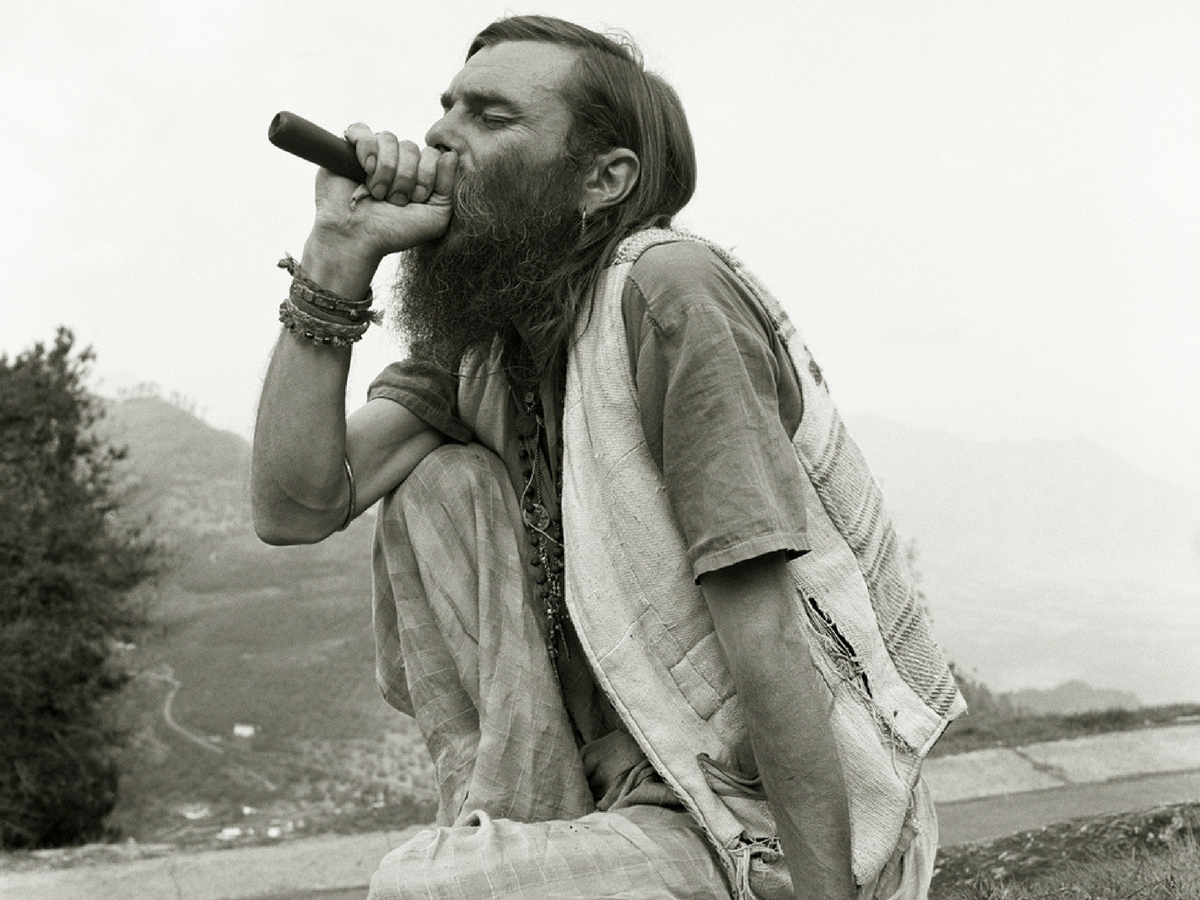 I remember the smell most.

I was nine years old in 1976, living on a cul-de-sac in Southern California, and that sweet, sharp odor would come wafting over from my neighbor’s backyard. I was drawn to it immediately, like this phantom cartoon limb had just reached over the fence between our two yards and tugged at my nose.

Our neighbors in those close quarters seemed to know a little too much about one another’s lives — the brawls, the celebrations, all events big and small; the good, the bad and the boring. Reality TV before we knew what that was.

But Tom didn’t care about any of it.

Those personal moments playing out separately and together in our tiny, cramped suburban fiefdom weren’t any of his business. He was content to just sit back and enjoy himself on his back porch and puff a little herb.

The fence that separated our yards sometimes had his dripping wetsuit hanging off it, fresh from a surf at Hermosa Beach. I could see it through the gaps in the slats. He was a surfer, and I knew he was a skater, too.

There was a pretty severe drought that year. Pools all over LA had been emptied and kids were skating them raw over Christmas break. Hour upon hour of this perpetual whizzing sound, punctuated by intermittent cheers. You’d hear these big, round, gravelly carves as someone chipped away at eight linear feet of poolside tile. More cheers. The inception of the skate scene was being created in those urban backyards, with hordes of kids all over LA transforming their pool-rat proclivities into a global phenomenon.

And that beautiful smell of weed was ever-present.

It kept coming over from Tom’s back porch, too, into our yard on those hot, windless California winter evenings.

My dad, who as far as I knew didn’t smoke marijuana — but loved cigars — would raise his huge hawk nose in the air, pull in a deep inhale, and in a very curious tone say, “He’s smokin’ them funny smellin’ cigarettes again. Boy, don’t he smoke them things?”

My dad had a buttery Mississippi twang that put a particular emphasis on “smoke them things.” I wanted badly to know what that emphasis meant, but I couldn’t suss it out with my nine-year-old head.

I was dying to answer him, though I had no clue what those funny-smelling cigarettes were, and his question wasn’t really a question, so I just nodded. Looking back, I think I know the curious sound in my dad’s voice was a longing to be as free as Tom. To sit and smoke and just be free.

Dad never did, as far as I knew. He had a perpetually upset stomach, which pot could have probably helped. But weed wasn’t available to everybody back then — you were a stoner or you were a straight.

Tie-dye or tie wearer. No in between.

Forty years later, I found a High Times magazine at a flea market in San Francisco, dated December 1976. On the cover was an illustration of Saint Nick smoking a meerschaum pipe loaded with ganja. Inside the mag was a treasure trove of content: a story by novelist Tom Robbins about magic mushrooms; assorted Mexican weed-smuggling tales; a piece about Kissinger; a mini-magazine insert called “National Weed”; an article about huffing glue. There were ads for cocaine paraphernalia and many more for a psychoactive substance called “lettuce opium,” made from the milky sap at the base of the stalk.

If it could get you high, they wrote about it.

The cannabis advocacy group NORML was predicting federal legalization of pot was “just around the corner.”

Little did High Times know that 41 years later, the feds would still be dug in and immobilizing pot in the Schedule I designation, with the DEA contending it has no medicinal value, though countless millions continued to herald medical marijuana as a life-changing substance.

None of this will come as any surprise to old-school heads who lived through those earlier years of marijuana’s counterculture renaissance and read those first issues of High Times — but for me, flipping through those pages was an encyclopedic experience, a time capsule with one foot down the rabbit hole.

Cannabis cultures are clashing right now, with 29 US states and the District of Columbia legalizing weed for medicinal or recreational purposes, and also allowing for legal grow operations. We’ve reached a tipping point where tie-dyed potheads and tie-wearing ganjapreneurs are comingling and enjoying the same herb. It’s an incredible cross section of generations.

The marijuana mainstream now consists of seniors and people who prefer pot rather than loading up on prescription meds with a laundry list of side effects, as well as 20-somethings choosing cannabis over cocktails. They are smoking out of devices that look like iPhones, taking tinctures, dabbing concentrates, applying transdermal cannabis patches.

Suburban mothers are now cultivating the plant at home for their sick children, while commercial and craft grow ops are cropping up countrywide.

Weed is slowly being branded more for its qualities and outcomes — Calm, Cruise, Create — rather than the dank names like Super Chronic and Sour Diesel.

There was another story in that High Times issue from 1976 that really struck me as something that could only have happened in that period. It was about a group of US Navy sailors in the port of Mombasa, Kenya who regularly smuggled pot on board the visiting ships headed back to the States. So much marijuana was coming onto some of the vessels in the ’70s that sailors were reporting giant bricks of African weed openly hauled up the gangplank on hand trucks and crammed into emergency rowboats stem to stern, loaded under bunks — anywhere they could find some spare room.

My dad served in the US Navy at that time, for more than 15 years by 1976, and he docked in Africa now and again. I know he must have known guys who smuggled weed and experienced seeing those bails of pot flying on board. He had to have been excited by the sight — whether he was scared for them or wanted to join in.

In another universe, I think of my dad in Mombasa as one those renegade sailors helping pile weed onto the ship. I see his strong, tattooed arms heaving a 40-pound brick in the blazing African sun.

I think of him as a guy who didn’t suffer from crippling stomach issues, because he’d discovered cannabis and saw past the stoner prejudices and realized it could really help him.

And I think about him as a guy who would have looked over our fence in SoCal when he caught a whiff of those funny-smelling cigarettes and said, “Hey Tom, mind if I join you for a little of that?”