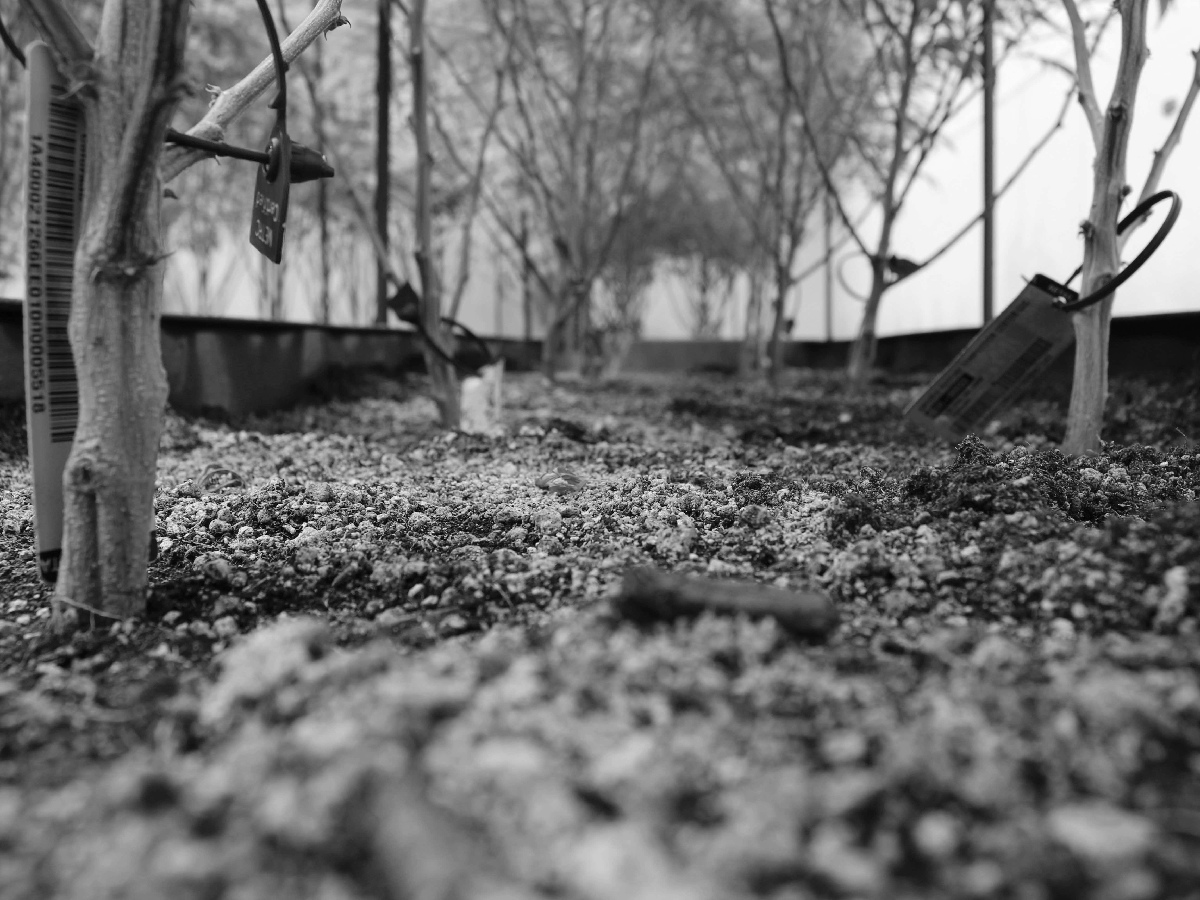 The phrase “you are what you eat” can certainly be applied to cannabis cultivation and consumption.

What we feed our cannabis plants or spray the foliage with can be ingested by the consumer, and using the wrong substances can potentially cause them harm and get growers and dispensaries in hot water. Regulators in many states are investigating plants and harvested products for any signs of chemical or foreign residues. This scrutiny has led to a tightrope walk for commercial growers looking to maximize product — and profits — while maintaining pest-free plants.

For some large-scale commercial operations, growing organically may be the answer to avoiding run-ins with regulators while fetching a slightly higher price for their product.

“Organic is what smart consumers demand for substances they put into their lungs, and ‘no chemical residues’ is what regulatory agencies are headed toward,” says Jeff Lowenfels, organic grower and author of the organic gardener’s bible, Teaming with Microbes.

Making A Profit With An Organic Cannabis Grow

Is it possible for large-scale commercial growers to turn a profit if they grow organically? Some think that, if done right, they indeed can.

“I work with commercial growers all across the country who are organic, so I know it can be done,” Lowenfels says. “I tell those who think it’s impossible that they are not only wrong, but they are missing out on securing the high-end status [and prices] associated with organics.”

“Most people said that it’s impossible, that you’re going to sacrifice quality or not be profitable,” says Rudy Ellenbogen, CEO of organic cannabis consulting group Cannabis on Purpose.

Ellenbogen is a civil engineer and entrepreneur by trade. He teamed with cultivation expert Cassandra Maffey to launch Verde Natural, a successful organic grow operation located in a 25,000-square-foot warehouse in Colorado. Along with its committed staff, Verde Natural shows how organic methods can in fact be used in a profitable way on a commercial scale. 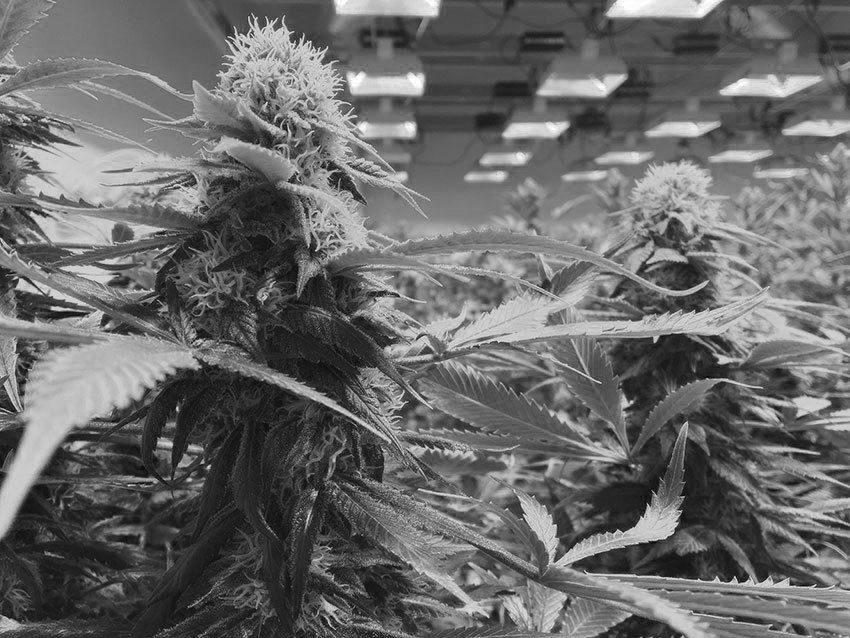 When It Comes To Cannabis, Feed The Soil — Not The Plant

Every grower has their secret sauce when it comes to growing methods for cannabis — organic growers are no different — but there are some basics of organic growing that are no secret.

It starts with a basic understanding of the soil food web. The help that our plants need to grow big, potent buds and aromatic terpenes comes largely from the interaction with tiny microbes in the soil. These microbes form a symbiotic relationship between beneficial bacteria, fungi and nematodes, and the roots of plants. Inorganic compounds, i.e., chemical fertilizers and pesticides, can damage or destroy these beneficial microbes and make the soil inhabitable for earthworms and other critters that make up the soil food web.

Lowenfels says compost is the basis of living soil used in organic operations, and that learning how to compost isn’t rocket science.

“It’s by no means difficult, nor is procurement any different from obtaining chemical inputs,” Lowenfels says. “It’s important to get a good supplier, or to make your own.”

Ellenbogen’s warehouse grow operation uses amended Miller soil rather than a typical non-soil, peat moss-based medium commonly used in greenhouses. He says his operation mixes in granular organic fertilizers that include calcium and magnesium — obtained from fish and seaweed byproducts — as well as alfalfa meal and other natural sources of nutrients. They use liquid forms of organic nutrients at three- to five-day intervals for veg and flowering stages.

“You have to feed the soil, not the plant,” Ellenbogen insists. “You’re telling the plant, ‘Here is the buffet, choose what you want.’ Nature knows best.”

Management Skills A Key To Success

A business with the best organic growing methods and top-notch growers won’t guarantee a good crop of cannabis that will demand a premium price. Good leadership and steadfastly measuring results are as essential to a successful organic operation as the organic methods themselves, according to Ellenbogen.

“The management aspect is key,” Ellenbogen says. “If you’re growing organically, you’re watering by hand, and you have several different people doing this.” He says when there’s good leadership that puts value on the people, those workers will feel empowered and they’ll buy into your grow method and regimen.

Another key to success is keeping careful records of the grow practices for each crop, and experimenting by adding or subtracting certain variables and comparing the results.

“We try to listen to the plant, and can only do that through A-B testing,” Ellenbogen says. He adds that they test the soils regularly and make sure it’s replenished after each grow cycle.

If an objective in growing organically is to offer a buffet to the cannabis crop, there are plenty of food dishes out there with which to fill the table. Advanced Nutrients offers seven Organic Input Material-approved nutrient products for all stages of growing.

Mother Earth Tea is a product that is tested to ensure it contains the necessary nutrients for healthy growth at all stages of development. Big Bud Organic, as the name implies, is an organic nutrient product for the flowering stage. It provides the necessary phosphorus and potassium for big bud development, as well as plant-derived amino-chelated calcium, magnesium and iron, plus energy-boosting citrate.

Another dish that can be found on the organic grower’s buffet table is Advanced Nutrients’ Iguana Juice Grow and Bloom, which is actually two different products: one for veg and one for flowering stage. These products contain the “macro-, secondary and micronutrients for optimum growth and yield.”

Going Organic Is No Guarantee For Success

Growing organically and making a profit are two different things, and as with any type of grow op, there are many variables to consider.

“In theory, an organically grown crop should fetch a higher price when being sold. The question to consider is if that outweighs the possible costs of growing organically,” says Rory Jonathan, head of Grower Support at Advanced Nutrients. “Some growers can accomplish this, while other growers have inefficient practices that need to be dialed in.” He says the latter is especially apparent in legal markets where growers have to pay attention to economies of scale.

As for yield and labor costs, it’s all subjective, Jonathan says, and depends on the methods of the grower. Some growers, like Ellenbogen, whose organically grown bud crop has been profitable and potent, appears to have found the recipe for success.

Taking On The Big Guys

For growers who can pull it off, producing a cannabis crop using strictly organic methods may be a preferred business practice if they don’t want to go up against the big guys.

“We’re not in the same market we were 10 years ago,” Ellenbogen says. “We have very large corporations who are efficient at mass marketing their products.” He says the only way to compete against the big guys is to differentiate yourself, much like organic growers that sell produce at the farmers markets. “If you try to do what everyone else is doing, you’re going to have a tough go of it.”

What’s more, there is no reason to go it alone. There is plenty of help out there when it comes to learning organic growing methods.

“Find and hire a consultant and follow directions,” Lowenfels suggests. “There are models out there to be followed. There is no reason to reinvent the wheel and make the mistakes that have resulted in the notion that growing organically is more expensive or more difficult than growing with chemical assistance.”

After all, he says, farmers have been growing this way since the dawn of agriculture.

The Mary Jane In Spain: Barcelona Cannabis Clubs A Hot Ticket
Raid Series, Part 2: Why Is Law Enforcement Cracking Down On CBD Businesses In New York?