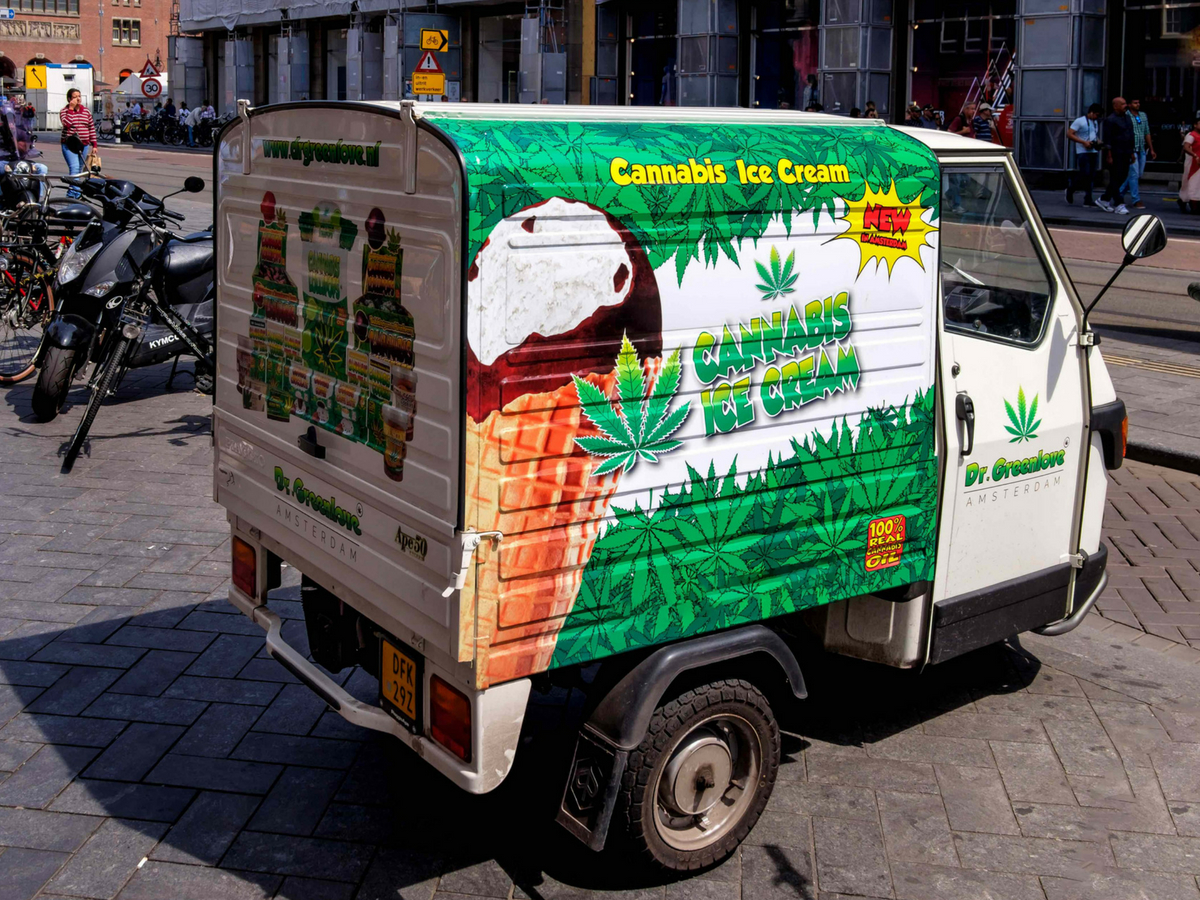 It’s no secret that currently, despite the burgeoning legalization of marijuana in a majority of states, for legitimate cannabis companies it’s still difficult to advertise their products compared to other kinds of business sectors. That’s because advertising outlets — including the largest, most visible ones, like Facebook and Google — don’t allow drug-related businesses (unless they’re pharmaceutical) to promote their wares on these platforms. In light of this, many brands have turned to social media to get the word out.

But even when utilizing the social networks, these cannabis companies face many unique challenges.

“I’ve had to spend a ridiculous amount of time trying to circumvent the fact that we can’t advertise,” Cynthia Salarizadeh, CEO of cannabis public relations firm AxisWire, tells Big Buds. “We’ve gotten so used to not being able to advertise that we used social media as a crutch, and then they take that way, and we literally have nothing.”

Salarizadeh is referring to social sharing platforms like Facebook and YouTube, who often take down pages and shut down accounts that feature cannabis products. Many of these pages aren’t even advertising cannabis. Rather, they’re often just reviewing cannabis and ancillary products, or talking about cannabis in general.

“We deal with social media influencers, just like we deal with reporters and reviewers, and they are constantly having their account shut down or changed,” reveals Evan Nison, founder of NisonCo and co-founder of AxisWire. “That’s really unfair, because they’re not selling products or doing direct advertising. These are usually legitimate reviews. Not paid reviews, just people’s personal opinions.”

Nison says he started NisonCo because he saw that cannabis brands were having trouble advertising, and he identified a need for public relations services to help these companies spread the word about their products. He explains that PR is protected under the First Amendment, so it’s one of the only legally protected ways to market the plant.

According to Nison, cannabis public relations is “best done as a specialty” because there are so many different laws surrounding cannabis in each of the 29 states where it is currently legal to some degree, plus there are so many standards in the industry for how you talk about it. He says he thinks of the cannabis industry as being very ethical, because it was born out of a social movement.

Salarizadeh says many cannabis industry leaders knew little, if anything, about public relations when first she started fulfilling their needs, and many still find it difficult to traverse the tricky PR terrain, so it’s helpful for them to have people around like her who specialize in messaging and in portraying the industry in a positive light. “The biggest PR firms still will not touch it,” she admits, referring to the cannabis industry. “They either create separate companies or divisions, or they don’t touch it at all, because they’re afraid of losing their other big-name clients.”

One of the largest goals of the people performing PR duties for the industry is combatting commonly held misconceptions about cannabis and getting rid of some of the stigmas society still has concerning marijuana consumption. After all, the federal government spent much of the last century demonizing pot, so the industry must deal with repairing that damage.

“What brings us into prohibition, generally, as far as cannabis and hemp are concerned, was the Reefer Madness campaign,” Salarizadeh said. “That was deep and psychological in that it brainwashed generations before we all got here, so it stands to reason that a PR campaign would be what was, or is, required to reverse it.”

“Reefer Madness” came about in 1936, with the release of the anti-cannabis propaganda film of the same name, but marijuana was being branded as dangerous decades before then, springing from anti-immigrant sentiment. Much of this was driven by racism, as “marihuana” was seen as a drug used by Mexican immigrants who many white men of property saw as dangerous.

The demonization of the plant got worse over the following decades. Then, in 1970, then-President Richard Nixon temporarily placed cannabis on the Schedule I list of substances and drugs with no medical value. Two years later, although Nixon’s self-appointed National Commission on Marihuana and Drug Abuse recommended that cannabis be removed from Schedule I, the president disregarded this advice. And so, for nearly 50 years, cannabis has remained federally illegal. After that, it was PR campaigns like those created by the D.A.R.E. program that brainwashed children and adults into thinking marijuana was dangerous, addictive and life ruining.

Much of what Salarizadeh and Nison do involves getting cannabis companies featured in newsletters, print articles, blogs and websites. They both have close relationships with journalists who cover cannabis-related content, so they pitch ideas related to the companies they represent to those reporters.

“I’m not a big fan of press releases in a traditional sense — I’m more of a fan of developing a relationship,” Nison says. “One can always try [PR] on their own, but it’s a big operation.”

If a cannabis brand can secure editorial featuring its company, staff or products, this form of PR is doing a major service to the industry and potentially circumventing the legal limitations placed on cannabusinesses. Also, if a brand can get behind community outreach or a local charity, this will also help to create a positive PR spin for the industry.

In terms of combatting the stigmas surrounding marijuana, Salarizadeh says that too many journalists still treat cannabis as if it’s not a serious industry. She admits to cringing whenever she reads a well-trodden pun in an article, such as when reporters refer to the “budding industry” or a business or legislation going “up in smoke.”

The cannabis PR problem doesn’t end with how reporters discuss the industry, but extends to how cannabis business owners are perceived in wider society. Though these are people who work hard and spend a lot of time making sure they’re doing everything according to law and state compliance, Salarizadeh admits that many segments of society still think of these people as nothing more than “stoners or criminals.” She says that people from outside the industry even treat her this way when they find out she does PR for marijuana brands.

Though the cannabis industry is large and growing, there are still far too many obstacles for someone who is trying to become a successful, legitimate business owner within the industry. They face uniquely restrictive tax issues, banking issues, advertising issues and more. Until the federal government legalizes cannabis, it seems unlikely these issues will go away. In the meantime, people like Salarizadeh and Nison are helping make lives a little easier for our industry operators.

How Legalization Changed My Budtender Job — For The Worse
Coco Loco: Five Facts About Cultivating Cannabis In Coco Coir