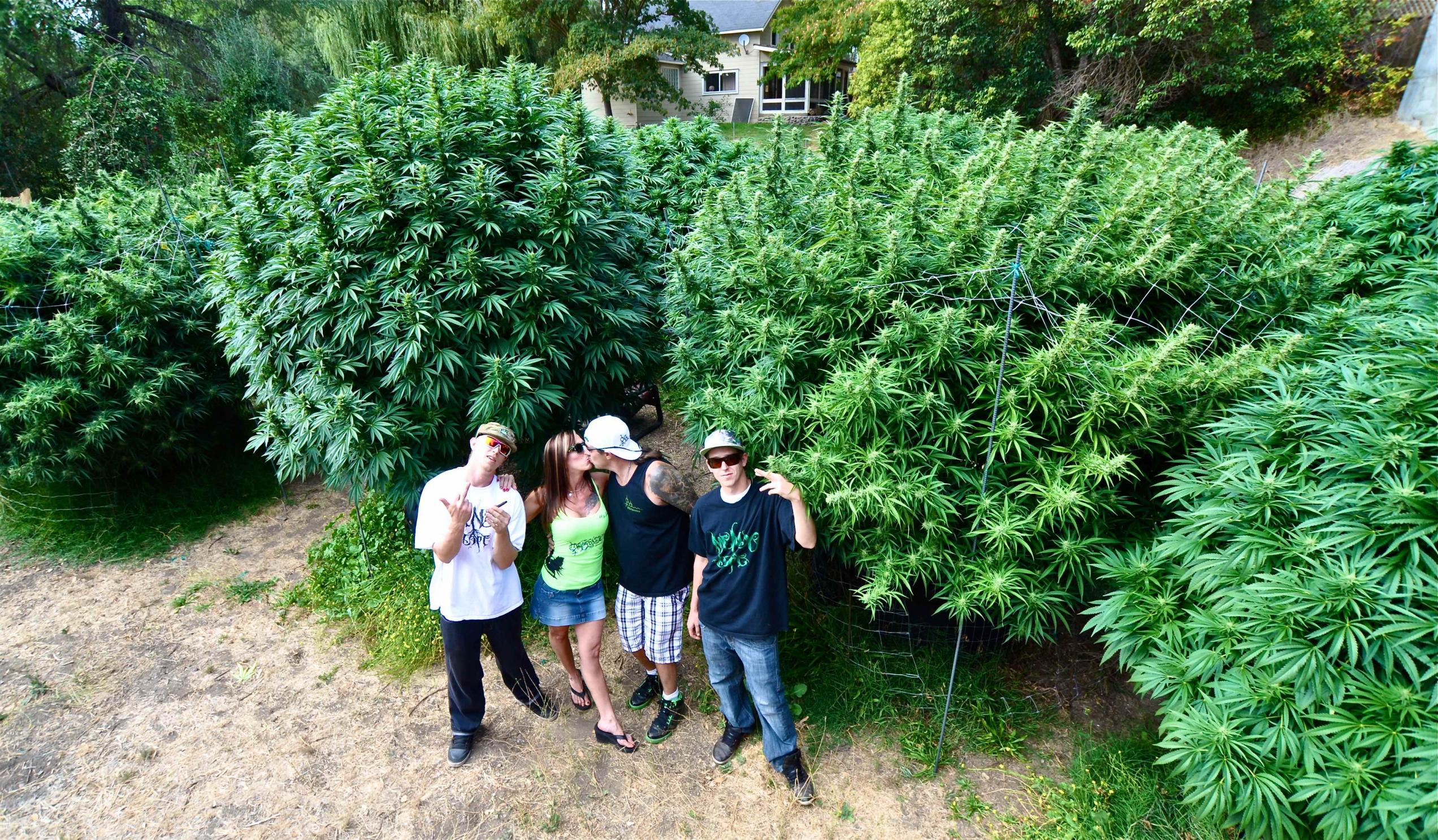 By Steve Davis | Published: November 25, 2013
When Weed Nerd and marijuana seed creators Subcool and MzJill got together with California’s premier ganja hip-hop rap musicians, they created a one of a kind musical marijuana project.

And no better sign of that oppression is what happened to the musicians—Mendo Dope—just before their TGA CD was released.

The armed officers had wood chipper machines with them. They offered the boys the “choice” of going to prison and having their lives totally ruined, or watching the chippers destroy many pounds of fine medical marijuana.

In a defiant video made after the raid, Mendo Dope rages against the police and mourns the loss of their carefully-tended, harvest-ready marijuana plants.

The TGA CD dropped a few days later and it carries on the Mendo Dope tradition of working with top musicians and producers to combine rap, hip-hop, and reggae with intelligent ganja lyrics.

You get a lot of variety on this CD, but the one constant is the high-quality lyrics that center on the breeding and growing of several legendary TGA strains.

In case you’re not familiar with TGA and Subcool, they’re known as North America’s most ethical, reliable, and true-growing marijuana seed and strain creator.

TGA strains such as Jack the Ripper, Chernobyl, TimeWreck, Plushberry, and Pandora’s Box are examples of proprietary genetic combinations that give us a unique set of cannabinoids and terpenoids for new flavors, aromas and marijuana effects.

With epic music tracks with titles like Jack the Ripper, Chernobyl, Jilly Bean, and Dr. Who, we hear Mendo Dope rhyming about growing TGA cannabis strains, and how the strains make you feel when you inhale them.

Spiked by tasty guitar leads, memorable choruses, a flute solo, sound effects, sparkling production, and guest artists, the TGA Mendo Dope CD sounds like what would happen if Eminem, Capleton, and Damien Marley got together to make tracks about marijuana.

The two anthem tracks—Weed Nerd and Weed Country—will stay in your head so you sing along to them day and night. And the entire CD is superbly made. Every song hits hard with its own unique vibe and words.

Cameo appearances by Subcool and MzJill add to the family feeling of this wicked marijuana music.

Fortunately, the Mendo Dope boys are recovering from the brutal police raid and robbery of their marijuana plants.

But they’re still trying to wrap their minds around the fact that someone snitched them out and destroyed an entire marijuana growing season.

This CD of fine marijuana seed and strain music is a healing vibration. Proceeds from the CD’s sales are to be partially donated to Subcool School of Dank and other charities.

I suggest locking the Mendocino rogue raid officers in a small cell, hotboxing TGA ganja, and forcing them to listen to TGA’s 10 Pack of Mendo Dope until they agree in writing to never again harass or arrest marijuana growers.

Hydroponics Company Announces New Marijuana Nutrients
Is it Safe for You to Use Marijuana Vaporizers & Vape Pens?