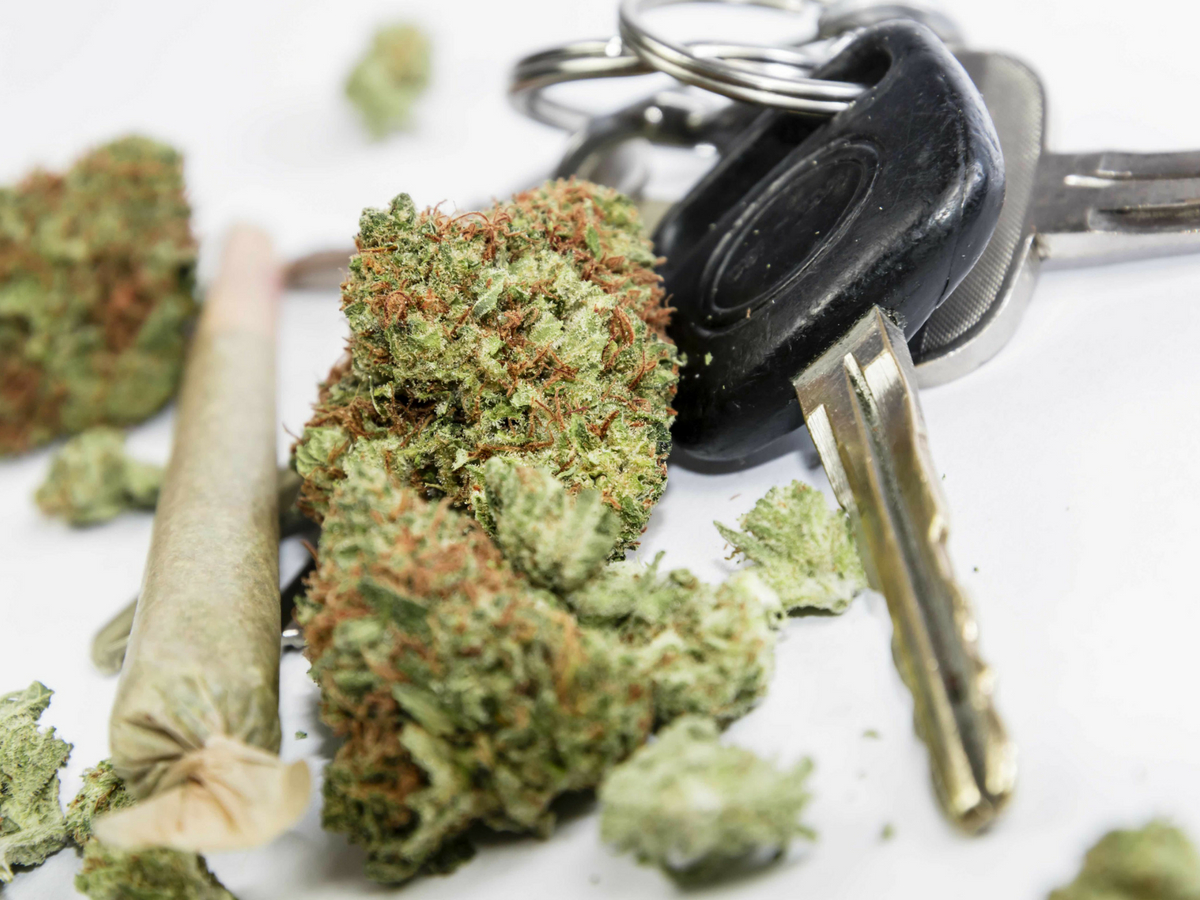 If you enjoy even the slightest amount of weed on occasion, it might be wise to think twice about where and when you choose to drive a vehicle in North America.

Even if you haven’t toked for many hours or even days, there’s a chance you could be drawn into a Kafkaesque legal web due to unscientific roadside tests that could register you as high when you’re really not high at all.

According to NBC affiliate 11Alive, this year several drivers in Georgia discovered exactly that, after a Cobb County officer — who’d received drug recognition expert, or DRE training — went on something akin to a roadside rampage, accusing drivers of being under the influence of weed. Each of the three suspects’ toxicology reports later came back clean, showing they had no illegal substances in their systems.

Because there is currently no certified way to effectively check for cannabis intoxication during a quick roadside test, flawed and subjective drug recognition methods are currently being utilized by law enforcement in many parts of the US and Canada.

Unlike testing for alcohol levels in the bloodstream — where the Breathalyzer device has for many years been the gold standard for law enforcement — roadside tests that register levels of THC (the high-inducing compound in cannabis) are much more complicated.

Saliva swabs have not proven to be quite as reliable in nailing down a verifiable point of impairment from cannabis intoxication; and breath-based THC tests — similar to the Breathalyzer — are still in development and not ironclad ways of proving impairment.

Two companies over the past few years — California-based Hound Labs and Canadian Cannabix Technologies — have been vying to create the most effective cannabis breath test, but are still in beta testing. Each claim their device can detect active THC in breath within the crucial two- to three-hour window after consumption, yet neither has been officially certified by law enforcement as legal gear.

While local governments across North America have set exact blood-to-alcohol counts that clock precisely where a driver’s performance is considered legally impaired by booze (generally around .08), cannabis impairment is variable.

So, police officers are now relying on drug recognition methods, which are left to the discretion and bias of the arresting officer. 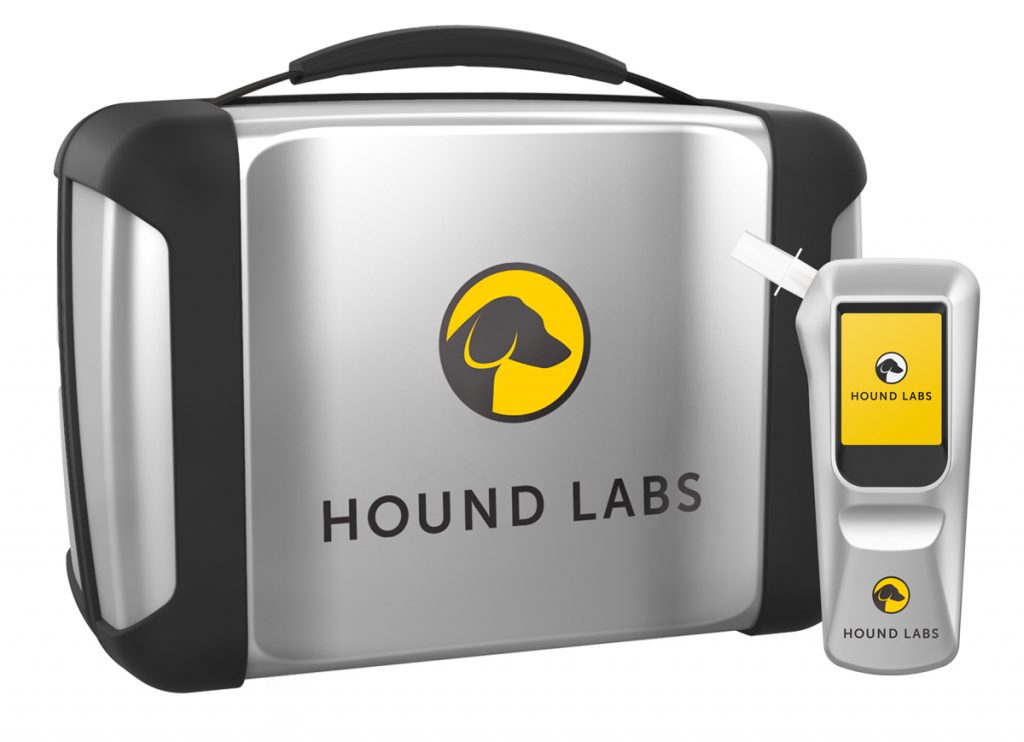 Hound Labs claims its Breathalyzer will give accurate results of cannabis intoxication within minutes. (Image courtesy of Hound Labs)

Katelyn Ebner — one of the three Georgia residents accused of being under the influence of cannabis while behind the wheel — told 11Alive that she was given a Breathalyzer test for alcohol and was confident she would be allowed to continue on her way after the test showed no alcohol in her system. Ebner, who works at a bar, and maintains she doesn’t drink while at work, said she couldn’t believe what was happening when the officer began placing her in handcuffs and said, “Well, you’re showing me indicators that you have been smoking marijuana, okay?”

“As soon as I took that Breathalyzer,” said Ebner, “I thought I was going home.”

Instead, Ebner was cuffed and stuffed into the back of patrol car and spent the night in jail. She says she later had her alcohol server’s permit revoked due to the arrest. Four months later, prosecutors dismissed the charges after her blood work came back completely clean.

But the damage was already done.

“I didn’t realize that you could get arrested for something that you didn’t do,” Ebner told 11Alive. “That never crossed my mind until it happened to me.”

In Canada, where legal recreational cannabis sales are set to pop this October, Public Safety Canada has already invested tens of millions of dollars in officer training to help identify drug-impaired drivers through a 12-step evaluation known as a drug recognition expert evaluation, similar to the DRE training officers underwent in Georgia.

Following the roadside test, if the officer believes the driver is impaired, they will take the person back to the police station for a further battery of tests that include examining the driver’s blood pressure, temperature, pulse and muscle tone. Additional measures include “divided attention tests,” similar to roadside alcohol DUI tests in the US, that involve tasks like tilting the head back while closing the eyes and placing fingers to the nose.

If after those examinations — which take from 30 to 60 minutes to administer — the officer still believes the driver is impaired, blood or urine samples will be taken.

But here’s where things get murky when testing for cannabis levels in a person’s system.

Under Canada’s new federal government impaired-driving rules since Bill C-46 was approved, a motorist can be fined a mandatory minimum of $1,000 for having 2 to 5 nanograms (ng) of THC per milliliter of blood within two hours of driving and can be punished criminally for more than 5 ng.

But who’s to say where the line of impairment is?

Canadian truck driver Darryl Kolewaski, who for eight years has been prescribed medical marijuana for arthritis, told The Star Edmonton that his THC blood levels are consistently far over the legal driving limits from the time he wakes up in the morning, though he is not in the least bit impaired.

A professional truck driver with a Class 1 license for driving semitrucks, Kolewaski has begun getting regular blood tests to have records on hand in the event that he ever ends up in court over a charge for driving while impaired by cannabis.

“When I wake up in the morning, after not medicating since the night before I went to bed, I wake up with 25 nanograms [of THC] in my blood,” says Kolewaski. “So that’s a huge concern to me if they’re swabbing you.”

Later in the day, he says those levels may rise as high as 70 or 80 ng, with no discernible impairment at all.

Kolewaski says that he can also show that he’s a flawless Class 1 driver with no accidents or tickets on his record.

“Building my case before it actually happens is essentially what I’m doing,” says Kolewaski. “Essentially with Bill C-46, if you follow the letter of the law, no medical patient will ever be allowed to drive ever again.”

Medical marijuana patient Mark Hope from Edmonton told the Star that he too has never felt impaired from his daily dose of cannabis and is concerned about what the new laws mean for drivers like himself. He’d like to see a more scientific and less prejudiced approach to testing drivers for cannabis impairment.

“We seem to be trying to apply an alcohol logic to a completely different product,” he says. “It needs to be regulated in a way that’s based on data and not just on stigma.”

Cannabis Baby Making: Seed, Clone… Or Tissue Culture?
Hemp Producer Root Origins Is On A Mission To Rid The World Of Polluting Plastic, One Bottle At A Time