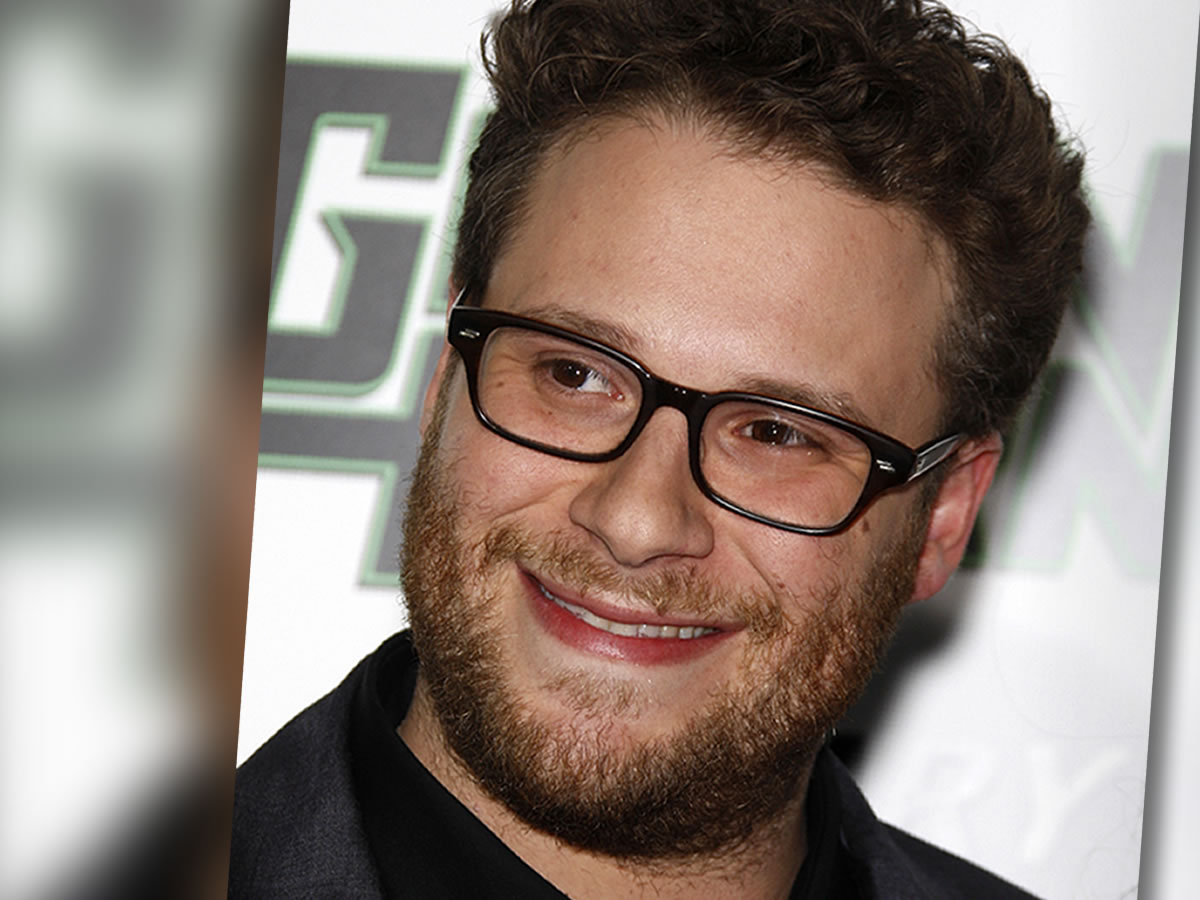 Rogen and Franco’s “The Interview” was scheduled for worldwide theater release on Christmas Day, 2014.

But the film as it was originally made was so “controversial” that Sony Chief Executive Kazuo Hirai allegedly ordered that the movie be edited, after the North Korean government complained about scenes showing North Korea’s leader being hit by a tank shell and his head exploding!

North Korea complained to the United Nations, accusing the United States of sponsoring terrorism and committing an act of war by “allowing production” of the new Seth Rogen movie.

But that was nothing compared to the threat issued by anonymous terrorists less than two weeks before the film’s Christmas release:

“Warning. We will clearly show it to you at the very time and places “The Interview” be shown, including the premiere, how bitter the fate those who seek fun in terror should be doomed to. Soon all the world will see what an awful movie Sony Pictures Entertainment has made.

The world will be full of fear. Remember the 11th of September 2001.

We recommend you to keep yourself distant from the places at that time. (If your house is nearby, you’d better leave.) Whatever comes in the coming days is caused by the greed of Sony Pictures Entertainment. All the world will denounce SONY.”

The FBI and other law enforcement agencies took the threat seriously, and North Korea has been implicated in hacks against Sony that revealed internal Sony emails regarding The Interview.

Seth Rogen was already upset that Sony wanted him to change the movie even before the terrorist threat was issued.

Rogen promised to do some editing by removing three or four burn marks on Kim’s face, and by reducing the North Korean leader’s “flaming hair” by 50 percent.

“The head explosion can’t be more obscured than it is because we honestly feel if it’s any more obscured, you won’t be able to tell it’s exploding and the joke won’t work,” Rogen said.

“This is now a story of Americans changing their movie to make North Koreans happy,” Rogen said in an Aug. 15 email. “That is a very damning story.”

By October, however, Rogen indicated that he’d done some editing and was delivering what he hoped was the final version of the movie.

The forced editing and the terrorist threat aren’t the only times The Interview has run into problems.

Earlier this year, Rogen tweeted he’d be getting high at Colorado theaters where the movie was to be early-screened before its official release.

But the theaters where the movie was to be shown contacted Sony to tell the company it wouldn’t allow people to smoke marijuana at the screening.

Rogen and Sony had to scramble to find another venue to debut the movie.

In mid-December, Sony announced it was totally canceling release of The Interview, but two weeks later Sony announced it would screen the movie, after listening to critics like Ben Stiller, Steve Carell, Rob Lowe, late-night talk show host Jimmy Kimmel, filmmaker Judd Apatow, and President Barack Obama… who all criticized movie theaters and Sony for caving to North Korea’s threats.

And The Interview is now streaming online, for a $5.99 fee, with movie industry sources reporting it’s already grossed $31 million!

“As Chairman of the Entertainment Industries Caucus,” Sherman told Sony’s CEO, “I believe we should stand in solidarity with Sony Pictures and the American film industry. Threats from a dictator in North Korea should not stop Americans from seeing any movie. We have a responsibility to stand up against these attempts at intimidation. This is also about educating Members of Congress. Everyone is talking about The Interview. I think it’s important for Congress to know, and see, what we are talking about.”

For further details on this insane scenario, take a look at this recent Rolling Stone interview with Rogen, who smoked from bongs while he was being interviewed!

Rogen and Franco, famous for their marijuana strain-creating movie Pineapple Express, and the apocalyptic stoner movie This is the End, are sure to go down in the history books as perhaps the only actors and moviemakers ever to have international terrorists and a communist government threaten to take action because of a fictional movie.

How comical is that?