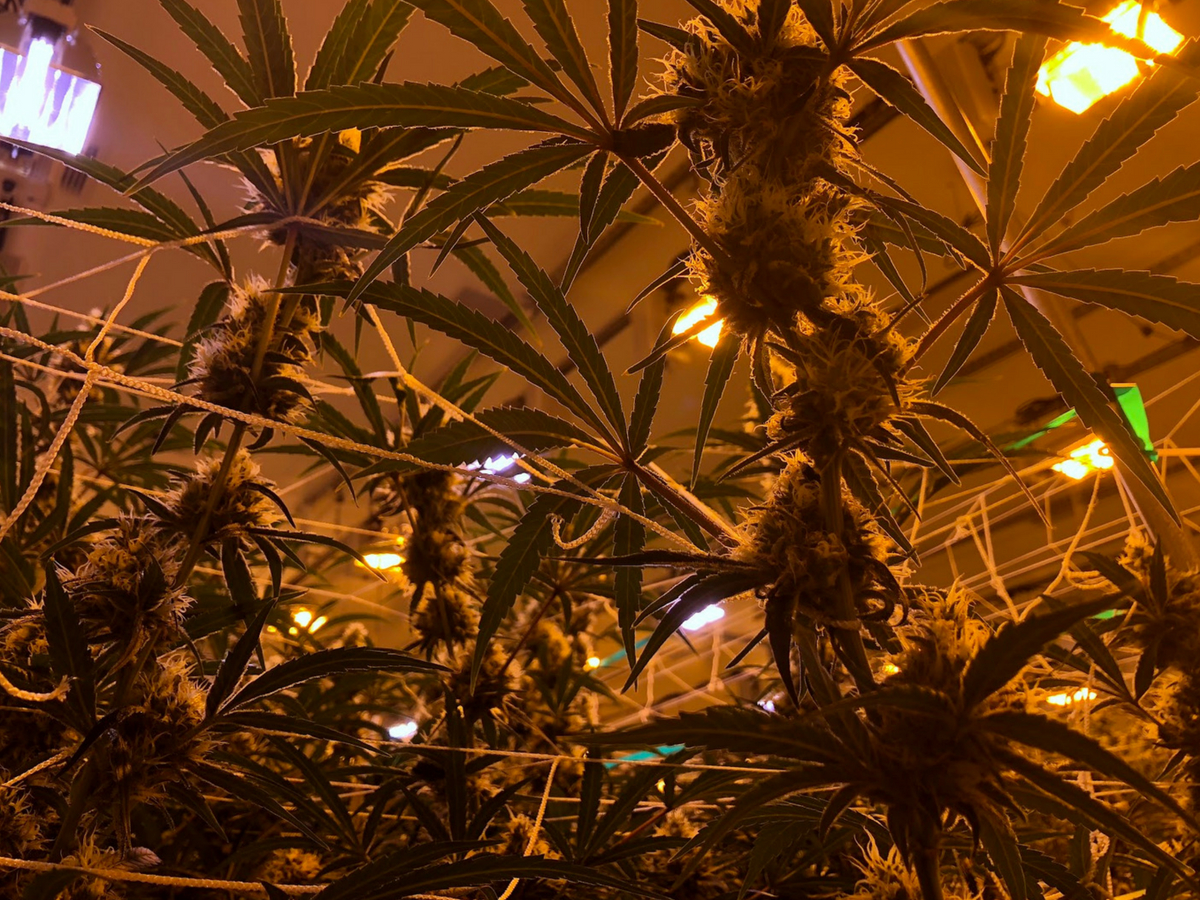 Now that terpenes and cannabinoids can be identified and isolated from cannabis plant matter, they’re being used everywhere. Terpenoids and cannabinoids are the primary chemicals of cannabis, and since they can vary between cultivars, there is also now an interest in sourcing these compounds from other plants.

Not all cannabinoids and terpenes are solely cannabis derived, and customers will likely soon want to know when they are. Following is a primer on the phytochemicals sourced from cannabis and other plants to give you a base familiarity with these growing areas of research.

101: What Exactly Are Terpenes And Cannabinoids?

Terpenes give many species of plants their distinct aroma, and cannabis generates these compounds in potent concentrations — but cannabis is not the only way to obtain terpenes.

Ben Cassiday, co-founder of terpene distributor True Terpenes, is at the forefront of this terp-hunting movement. “As we get into the era of manufactured cannabis products, we will continue to see phytochemicals derived from every possible source. We already see this with terpenes,” he explains.

Meantime, cannabinoids are present in cannabis, but also generated naturally by the human body in our endocannabinoid system, which runs throughout the body, not only in our nervous system but also in our immune cells and organs. THC and CBD are two of the most buzzworthy examples of phytocannabinoids, which interact with the body’s CB1 and CB2 receptors. These mechanisms also receive cannabinoids that the body itself makes, the best example of which can be felt in the so-called runner’s high.

“A chemical compound is identical, regardless of source,” says Cassiday. “What differentiates between cannabis and non-cannabis-derived compounds is the other chemicals found along with the cannabinoid or terpene of interest. These often-trace compounds are equal of value. The issue lies in identifying them, as they are hard to detect and found in limited quantities, a phenomenon we have named ‘low volume, high impact.’ These other chemicals are synergistic and a part of the pharmacological matrix.”

Cannabinoids Can’t Always Do It Alone

“I think there will definitely be an interest in acknowledging and potentially consuming phytocannabinoids from other plant sources,” says cannabis educator Emma Chasen. “However, those phytocannabinoids, if isolated, will most likely not rival the healing potential of cannabis-derived products.”

Scientists have been isolating and testing new cannabinoids, but because of the limitations placed on their research by federal government interference, don’t yet fully understand what makes whole-cannabis extract more desirable and effective for many medical applications. CBD is all the rage right now, but studies support that it may not work as well when hemp derived or isolated as it does with THC in the mix, even if it’s a small amount. 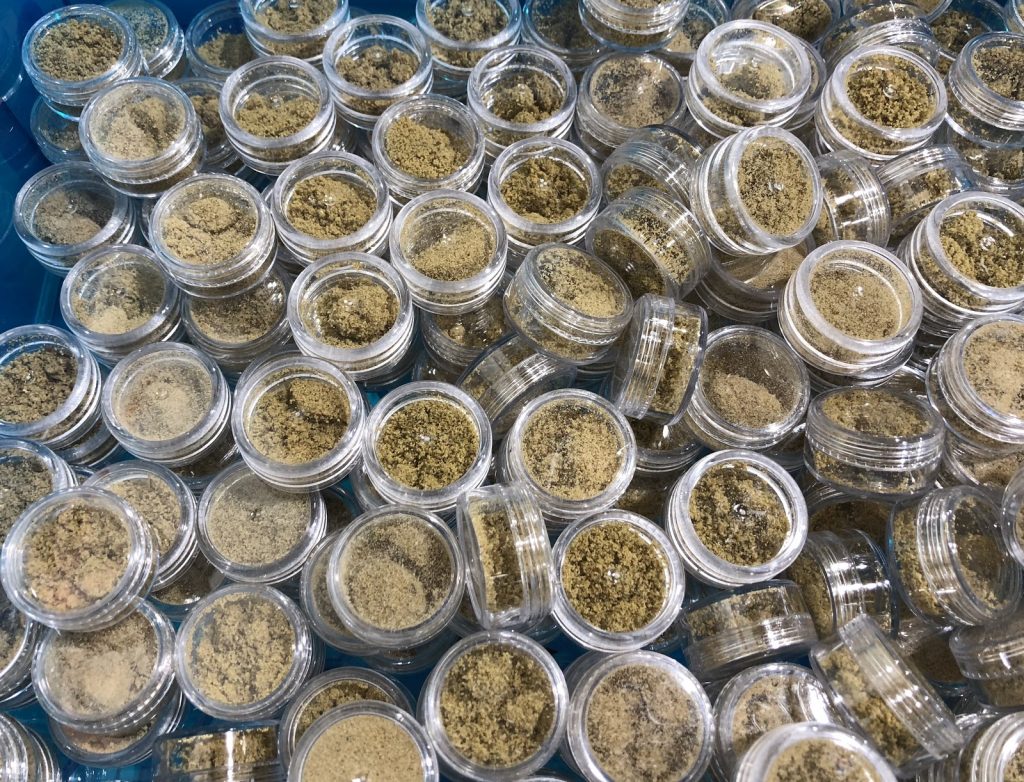 Terpenes Are Not To Be Toyed With

Erik Knutson, CEO of Keef Brands, tells us, “Cannabis-derived [terpenes can] come from any variation of the cannabis sativa plant, while botanically derived terpenes come from other plant/fruit sources, like pine trees and limes. Synthetics are produced in a lab and are not derived from plants/fruits.”

We need to remain mindful that terpene isolates are volatile organic compounds, and that they can damage the human body in many ways if misused. Limonene, for example, can strip oil from wood because it acts as a cutting agent, so we must not downplay what incorrect usage could do to a person’s lungs, digestive system, even skin. These chemicals come from every plant you can think of, beefing up the piney appeal of rosemary and shooting out of a crushed peppercorn, and imagining how potent they are even in small amounts should keep their power in perspective.

She adds a safety and preference caveat for brands to consider: “I do think customers would like to know if terpenes added to a product are non-cannabis derived. Not only for health reasons, but also for general influence on experience. Non-cannabis-derived terpenes have quite an impact on aroma and flavor of a product.

“For some people, a really pungent flavor is desirable, for others it might taste way too artificial,” Chasen continues. “Think vape pen oil made from the Bubblegum strain that’s been combined with non-cannabis-derived terpenes to make it taste like Bubblegum. To me, that personally sounds gross, but for others it may be exactly what they want. Either way, every customer should be told what is in a cannabis product before they purchase.”

With the ease of sourcing isolated cannabis compounds, it may seem like growing for anything past specific potency could be overtaken by post-production additives. However, these professionals know that nothing can replace the unique properties that many cannabis varietals produce with no help from outside sources.

The whole plant matters, Knutson insists, adding, “There is zero difference between isolated cannabinoids or terpenes from cannabis or any other plant. However, it is impossible to recreate full-spectrum cannabis oil from any other plant extract combination. The average cannabis plant contains at least 85 different cannabinoids, along with countless terpenes, terpenoids and flavonoids that all work together to create what is known as the entourage effect.”

Chasen seconds this, with advice for cultivators to keep striving for diverse harvests.

Cannabis flower may one day become fully demystified, but in the meantime, though it may be good to know when your terps or cannabinoids come from other plants, it may not matter in every case.