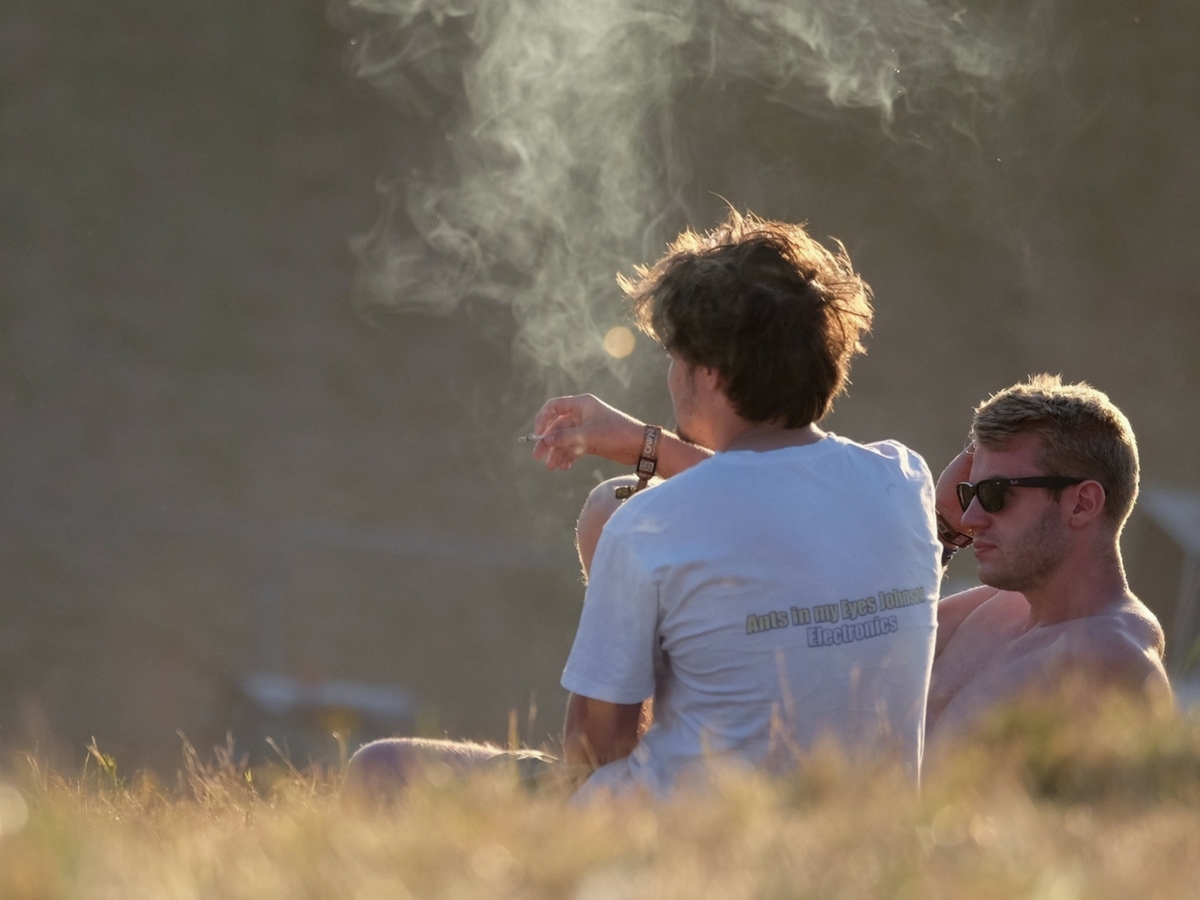 In a previous article, I discussed the negative effects regular cannabis consumption has on adolescent brains. That particular story generated a decidedly negative reaction from the cannabis
community, with people called me an “anti-drug warrior” and a “weed hater.” I shared my own teenage experiences with cannabis use, having consumed almost every day for years, starting when I was only 13 years old.

Even the most enthusiastic of cannabis advocates are hesitant to suggest adolescents use cannabis daily, nor do they claim that frequent cannabis consumption by teenagers produces absolutely no deleterious physiological or psychological effects.

Back when I was a teenager getting high way too often and experiencing negative effects associated with frequent use, the buds we consumed had 14–18 percent THC, while the hashish was about 45 percent THC.

If I’d had access to today’s edibles, dabs and concentrates that can be almost pure THC, I would have built up a wicked tolerance and been even more of a super stoner than I was back then. I would probably have ended up a “dabtard” — someone who is so blitzed on dabs that they exist in a semi-comatose haze.

When It Comes To Cannabis, Start Later, Be Happier

The adolescent brain is a dynamic organ going through rapid, significant transformations starting at puberty and ending at around ages 20 or 21. During this transformational period, the brain builds and alters structures related to memory, emotional response, cognition and stress response.

Scientists associated with JAMA Psychiatry (the Journal of the American Medical Association) have produced a 2018 analysis suggesting that teenagers who describe themselves as chronic marijuana users scored lower than non-stoners in cognitive skills such as learning new information, understanding abstract concepts, processing new information, memory storage, and attention span.

The evidence suggests that exposing the brain to psychoactive chemicals such as cannabis, alcohol and pharmaceuticals during this transformational period may significantly alter brain structure and function in long-lasting or permanent ways.

The alterations in structure and function creates measurable changes in cognitive and psychological abilities. Not all these alterations are good. They can create deficits that affect learning, memory and coping skills.

However, according to the research, when it comes to heavy marijuana consumption in adolescents and young adults, “although continued cannabis use may be associated with small reductions in cognitive functioning, results suggest that cognitive deficits are substantially diminished with abstinence.”

A separate study published in 2013 by Frontiers in Psychiatry claims that if one delays the onset of regular consumption of cannabis, alcohol, and other mind-altering drugs until adolescence is over, then they are less likely to suffer long-term neurocognitive deficits, including cognition and brain function.

But even if scientific research found absolutely no negative consequences for chronic, heavy teenage cannabis consumption, I’d still know from my own personal experience that it’s best not to be a daily weed consumer during adolescence.

At this time in my life, all I focused on was that cannabis helped me survive living with parents who fought all the time, in a depressing home environment that made me feel suicidal, angry and desperate to break free.

When I got high, especially with other stoners around to provide lighthearted companionship, I could laugh at, forget about, and escape my dismal reality.

Problem is, I forgot lot of other things, too, such as what I was learning in school. My short-term memory was a desert. I had been at the top of my class in elementary school, with straight A’s on every report card except for one, in which I had all A’s and one B (yep, clearly I’ll never forgot that one stain on an otherwise perfect record). That was before I started using cannabis every day.

During my years as an adolescent stoner, I was laughing at life when high, but I wasn’t finding solutions for what made me sad when that high wore off.

It was clear to me that while cannabis masked my problems, it didn’t get rid of them. I didn’t learn how to cope with or fix the normal growing pains of adolescence. Instead, I learned to escape into a world of THC.

My outer-space escape was a place of cannabinoid refuge, but it was an artificial refuge. What I realized later on, when I was in my 20s and having a difficult time handling the harsher aspects of life, is that my adolescent cannabis dependency had kept me from learning how to handle and master life’s challenges while in a normal headspace.

My constant use of cannabis as a teenager caused several problems. It put me at risk of getting busted and sent to a juvenile detention facility as a consequence. This happened after a cop caught me with weed when I was 16. Being trapped in the penal system for only a week was such a degrading, frightening experience that I made a vow to run away as a fugitive before allowing myself to ever again be imprisoned, even for a minute.

Another problem it caused was that my teachers, school counselors and administrators classified me as a “stoner loser,” often targeting me, my backpack and locker for random searches and shakedowns.

I was suspended from school several times and more than once threatened with permanent expulsion or placement in an alternative school for troubled teens.

A couple of sincere teachers who cared about my development took me aside and told me I was a bright kid who had a lot of potential, but if I kept getting high all the time, I’d clog my brain, stunt my social development, harm my lungs, and have such a low grade point average that I’d be unable to get into a good college.

Unfortunately, all their warnings came true.

I did a lot of harm to myself by getting high every day from age 13 until I was 19. Then I gave up cannabis altogether for years, only starting to consume again years later when I eventually became a professional cannabis grower, and only after physical injuries rendered the plant the best, most effective medicine for me.

There Are Successful Stoners, Then There Are Loser Stoners

When I published my previous article about cannabis use and teenagers, people trolled me, suggesting I was a feeble-minded wimp who was prone to failure.

They said it wasn’t the fault of cannabis that I was a failure in my early years — rather, it was because I was a loser and a dumbass regardless.

“Don’t blame marijuana for your problems, you jerk,” was how one charming troll put it on social media.

Even though the trolls were vicious and unrelenting in their verbal attacks, I wondered if their opinion about me was correct. Were my problems with cannabis due to the fact I was too pathetic to be able to handle?

I recalled that more than half the super stoners in my teenage weed cadre later reported that using cannabis harmed them psychologically and physically. At the time, we didn’t particularly care if we were harming ourselves, because we loved getting high so much. But nonetheless, deep down we probably knew we were being negatively affected.

However, the complicated thing about how cannabis affects people is that it affects everyone differently. This was especially obvious during my teenage years, when a small number of stoners in our clique displayed few if any negative effects from their cannabis use, as opposed to the rest of us.

These were the lucky students who got high a little bit less than the rest of us. They achieved a 4.0 grade point average, functioned stoned as if they weren’t high at all, and ultimately avoided detection by teachers and administrators.

Some were student athletes who excelled at sports, and the only big problem weed caused them was when it came time for random drug testing by the school athletics department. Nobody outside of our weed crew knew these lauded honor roll students were secret, chronic stoners.

Other than the fact that they coughed a little more than most students — and had an illegal habit to conceal — these weed wunderkinds didn’t seem to suffer any visible ill effects from consuming cannabis.

Those of us who could barely drag ourselves to class and were unable to stay awake during school hours because we were so blasted would look at the successful stoner kids with envy, wondering how they managed to function so well.

We were all using the same cannabis, admittedly some more than others, and each had a different experience with it. Thus, it’s the idiosyncratic nature of an individual’s relationship with marijuana that makes cannabis research so difficult to conduct and so inconclusive.

Differences in how cannabis affects individuals who consume it is one reason why the recent meta-analysis of teenage cannabis consumption published by JAMA Psychiatry is interesting, while raising more questions than it does answers.

Perhaps the most useful new information from the study is in regard to how long the cognitive deficits last, the severity of the deficits, and what can be done to decrease their severity.

The researchers discovered that 72 hours of total abstinence from cannabis was enough to mostly erase the cognitive function gap between users and non-users. This was a surprising finding, given that previous studies claimed long-term heavy cannabis use could lead to permanent cognitive deficits.

Another surprise unearthed by the study was that the cognitive performance gap between cannabis users and non-users wasn’t as wide as previously stated. In many cases, researchers concluded, the gap wasn’t significant enough to notice or worry about.

This research seems to support what we previously reported in an article about harnessing cannabis abstinence as a way to ensure proper grower evaluation of crop quality and potency. In this article, a grower describes abstaining from marijuana use for several days so he could have an unstoned mind capable of accurately evaluating
cannabis strength and quality.

Admittedly, in my experience, it takes longer than 72 hours for my head to clear up, especially if I’ve been dabbing. However, it’s good news that cannabis cessation for three days seems to erase cognitive deficits that marijuana might create in many young people who took part in the study.

Until cannabis is federally legal and the government lifts the restrictive laws that inhibit such studies, scientists are unable to conduct definitive research on the plant as they’re able to do with pharmaceutical drugs.

Aside from government restrictions that inhibit cannabis research, another problem researchers face is setting up controlled cannabis experiments in which teens who are heavy cannabis users are compared to non-users.

That experimental framework sounds useful, until you realize all the variables that could influence the outcomes. These variables include genetics, family dynamics, physical health and social adjustment.

I’m unconvinced any amount or type of scientific or sociological testing could ever provide an accurate, comprehensive answer to what cannabis does to individuals of any age.

Nevertheless, my advice to teenagers is the same as in my previous article: Unless you have medical issues that require you to consume cannabis as part of your treatment, no matter what marijuana’s side effects are, wait until you’ve graduated from high school and are at least 20 years of age before you start getting high.

And if you insist in engaging in teenage cannabis use:

The takeaway from JAMA’S research suggests that the cognitive effects of cannabis consumption in teens are small and reversible, and sums it up best in its conclusion: “Future studies should examine individual differences in susceptibility to cannabis-associated cognitive dysfunction.”