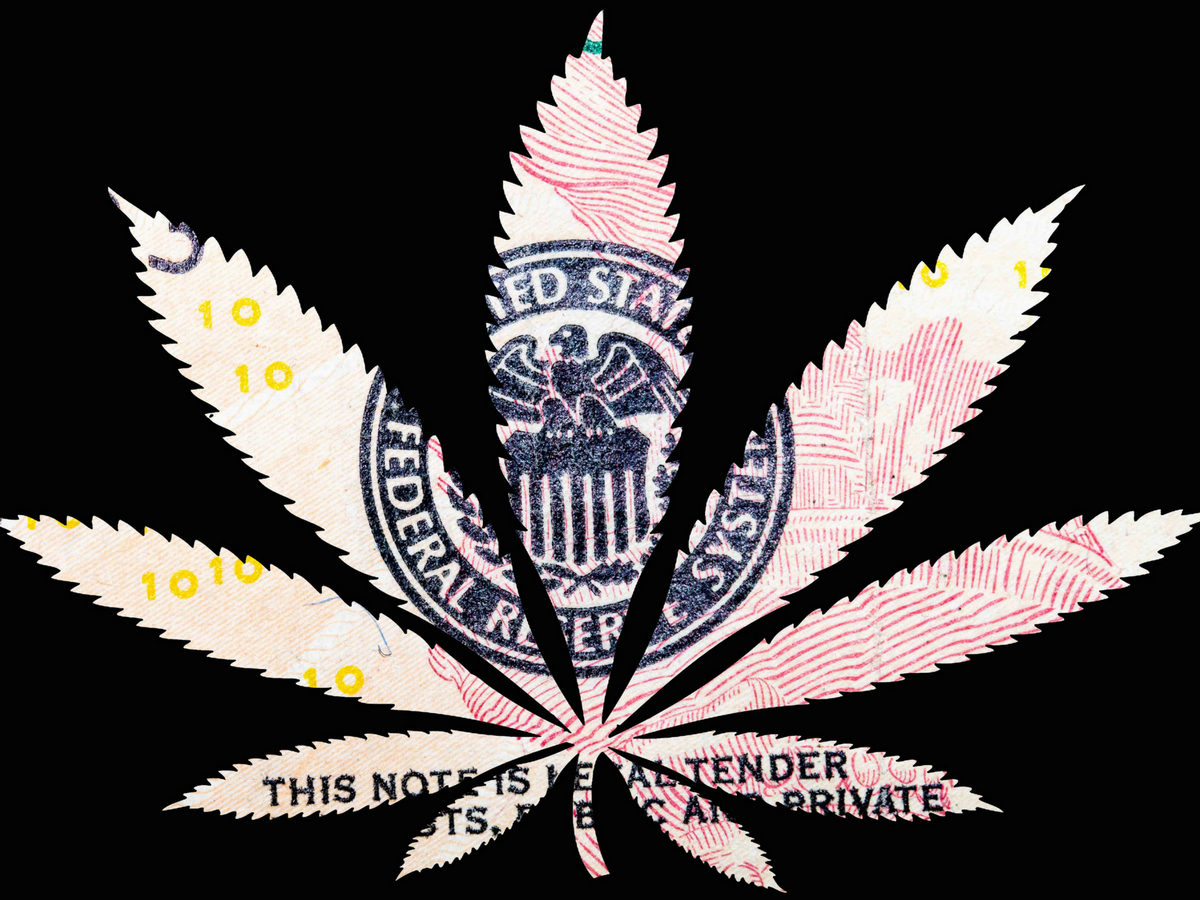 Tax law is confusing, especially if you’re running a cannabis business. Our industry is bogged down and oftentimes held back due to financial regulations by the federal government. And that was already the case prior to the 2016 presidential election.

The Tax Cuts and Jobs Act of 2017 worsened the situation, causing confusion among our community. Signed into law in December 2017, the TCJA hoped to provide significant tax cuts — averaging just over $2,000 per year — for individuals and families.

However, just like most conservative tax reform, the new law seems to have only greatly benefited the mega rich through these major tax cuts, New York magazine reports, including the likes of such financial institutions as Citigroup, Wells Fargo, Bank of America, Goldman Sachs, JP Morgan, as well as Berkshire Hathaway CEO Warren Buffett.

And it’s not even a strategic long-term plan — the cannabis industry is not the only one losing tons of profits. According to the Tax Policy Center, federal revenues would fall by $6.2 trillion over the first decade of the bill, while the federal debt would rise by $7.2 trillion over the same period, to $20.9 trillion by 2036.

Plus, the law hurts the poor by targeting health care costs. Politico stresses that the bill “repeals the Affordable Care Act’s individual mandate that requires Americans to purchase insurance, a move long sought by Republicans that Democrats have warned could spike the cost of health coverage for many Americans.”

So, in the six months since the bill was signed, what does this mean for us? Big Buds chatted with San Francisco-based attorney Steve Moskowitz of tax firm Moskowitz LLP about how Trump’s new tax reform legislation affects cannabis business owners.

BigBudsMag: A big talking point about the Tax Cuts and Jobs Act, when it comes to the cannabis industry, is the decision not to repeal Section 280E, in which businesses operating within the cannabis industry will generally pay a higher tax rate than other businesses. Can you elaborate on that particular section?

Steve Moskowitz: I think [that decision] is very mean-spirited. I’m hoping the federal government will get real and that Jeff Sessions will change his mind, because they basically lumped marijuana in with the laws on the bad stuff — the cocaine, the heroin, all of that.

The problem with Section 280E is probably — as every big business knows — only deducting the cost of goods sold, but not operating expenses. The first question is, what can we include in cost of goods sold? And my answer would be as much as we possibly can, anything that’s possibly related to the product itself. There’s some difference of opinion, but if I was representing someone in this area, I would want to make sure I could go ahead and associate everything with it.

This is a brand-new law and I’m sure somebody is going to explore it because when the new law was passed, it was 500 pages. The Congress people didn’t read it; they’ll spend years trying to figure out what they’re supposed to amend for us. I’m sure that somebody’s going to argue whether a deduction is for just operating expenses or for cost of goods sold.

For example, you have a store that sold marijuana and suppose you have more than one business in this location, one that sells T-shirts. Half of your floor space is devoted to the shirts, so you’re entitled to deduct half the rent and half the other expenses. That’s one of the things I would do.

Also, you’re taking a look at the growing and the allocations, so the combinations I would make are first, putting everything I possibly can into the cost of goods sold, and then setting aside the separate business, like T-shirts and other things. When you think about it, you could say, well, half the floor space is devoted to T-shirts, or T-shirts might take up 60 or 70 percent of the space, so I can deduct 60 or 70 percent of the rent.

Now, what if the government tried to inquire about the gross sales price? You might have made a million dollars selling marijuana, but only $30,000 selling T-shirts. However, that would only be an argument. What happens is that in real life, so much of this is compromised.

BBM: Is there a difference in how this legislation affects smaller cannabis businesses versus bigger corporations? Does it hurt everybody or do you think that it impacts smaller businesses more than bigger businesses, or vice versa?

SM: In theory, we all stand equal before the law. In reality, the small guy’s always the one to get served. The reason for that: The larger businesses have so much in resources. … They have an army of guys like me to depend on, so if you get audited, it’s not black and white like you might think of when you’re an accountant.

Going back to the T-shirt example, if you get audited, the auditors are most likely going to say you can’t do that and your case begins to work through the system. Since you disagree, you set settlement; meanwhile, a lot of other settlements are being made by bigger companies. The smaller companies would need to hire somebody, like me, to get by.

The other thing, too, is it depends on how marginal the companies are. Usually the larger companies have lots of money and can hire lawyers who do other things. Sometimes, with the smaller companies, they’re worried about paying the rent and paying the other things, and what happens, too — which is so grossly unfair — is that if you go ahead and pay taxes on this, then you’re essentially paying what I call “a special marijuana tax,” where everybody gets their hand out to the feds with their excise taxes, with the state, with the pumped-up sales taxes.

BBM: What do you think the biggest takeaway is for small-business owners?

SM: For medical marijuana, we have a smaller tax, but again, if we’re saying it’s for medical purposes, why do we pay the tax at all? You don’t go in your drug store and get a prescription filled for some other things [and pay a premium tax on that], so why are you paying the tax on the pot? The problem is, it’s hitting the people who want to do things legally. Even though cannabis has been legalized, it doesn’t mean people that were illegally selling [will say], “Oh well, that’s it, I’m out of business now, goodbye.” Everything that the government does to drive the price up will drive more and more business [down], compared to the illegal ones, so the small guys growing have less of an opportunity to say, “Well, I’m going to sell some T-shirts on the side,” or, “I’m allocating this amount, so that’s like costs of goods sold.”

BBM: Do you have any pieces of advice in regard to this new bill for medical cannabis growers who have small businesses?

SM: First of all, I would include everything I possibly can as classified into cost of goods sold. Also, I would be watching to see what will happen with 199A, the 20-percent deduction. Could that somehow not be thought of as the normal deduction that 280E knocks out, or could it somehow be applied to the gross profit rather than the net profit?

Now, in this particular law, there is a lot less debate because it was pushed through so quickly with so much stuff. But still, if there’s enough there, if you are talking about saving people on profits, than we might have an argument that it was living above the line of deduction, not subject to 280E, rather below the line of deduction.

I would encourage everybody to keep perfect records. We have to watch out for problems with cash, bank secrecy law, the $10,000 structuring, and keeping the appropriate records.