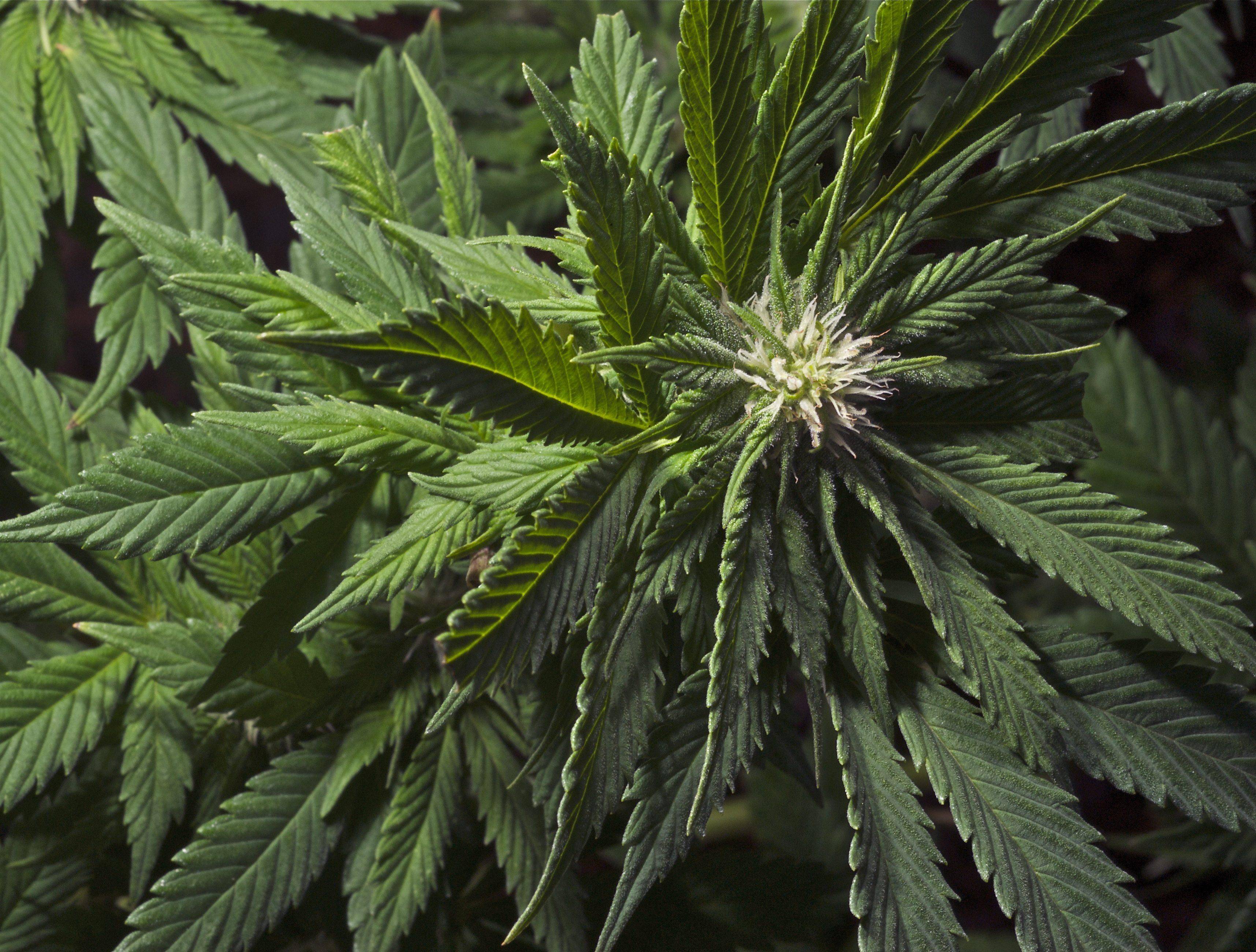 By Steve Davis | Published: August 12, 2011
In the past two decades I’ve had the pleasure of growing marijuana from Sensi Seeds genetics. As captained by marijuana seed legend Ben Dronkers, Sensi Seeds is one of the oldest Dutch cannabis seed companies and its catalogue of genetics is a foundation for marijuana genetics worldwide. With strains like Silver Haze, Jack Herer, Ed Rosenthal Super Bud, Afghani #1, Northern Lights, Big Bud, Skunk #1 and Hash Plant, Sensi Seeds provides us marijuana growers a delicious menu of cannabis genetics options.

I chose Black Domina even though I’m not a big fan of pure Indica strains (I prefer at least 50-50 Sativa-Indica strains). Also, at the time I was doing a mixed indoor-outdoor garden, and Sensi Seeds specifically told me that Black Domina doesn’t do so well outdoors.

One of my most cherished experiences as a marijuana cultivator came because of the amazing strength and resilience of Black Domina. What happened was that I sprouted five seeds (which all turned out to be female plants) and had them growing outdoors in small pots in a mixture of Pro-Mix and Fox Farm Ocean Forest.

Construction workers and Verizon installation techs were swarming my neighborhood, so I moved the three-week old seedlings under some eaves so they would get full sun, but not be visible to these potential narks who had invaded my neighborhood.

I was away from the house when a massive rainstorm dumped two inches of rain. I returned home to find that I had stupidly placed the plants so that waterfalls of rain were pouring onto them. The poor little cannabis plants were absolutely flattened, bent over 90 degrees, and much of the root zone media had washed away, exposing their roots.

I cursed my stupidity, brought the plants indoors, put them under a T-5, added media back to the root zone, fed them a little Vitamin B and iron, and prayed to the gods of cannabis. Miraculously, these mighty little marijuana plants sprung back and were standing up healthy and green within a few hours!

As I continued to work with Black Domina I came to love the deep bluish-purple tint of its leaves (even in grow phase), its peppery scent, its fast flowering, its early maturation, and its tendency to develop resin glands on the tops and bottoms of leaves.

I continued my indoor-outdoor approach throughout flowering at a time of year when outdoor temperatures were averaging 78°F with humidity between 45-60%. Only one small Black Domina bud developed gray mold, and the strain was resistant to spider mites, thrips, aphids and other plagues that had harmed other marijuana varieties I grew outdoors in the same location using the same marijuana cultivation methods.

Black Domina responds well to higher than average hydroponics nutrients doses, and to foliar feeding. When I included the Advanced Nutrients Bud Candy, Bud Factor X, and Organic B products in my watering and foliar regimen, I got immediate release of delicious scent from the flowers, even in early bloom.

This stimulation of aromatic terpenoids is a good indicator of potency, and indeed my first Black Domina harvest came 62 days after I triggered flowering and the buds indeed provided a powerful punch.

One interesting thing is that this all-Indica marijuana plant didn’t give me a couchlock high like Kush does. It felt like it had some Sativa in it.

I noticed as I worked with Black Domina that there was significant variation in phenotype, with some tending towards almost-Sativa characteristics such as thin leaves and longer bloom time (as long as 74 days).

If you top and train Black Domina early and skillfully, you get short, phat, sturdy plants that give you lots of THC per plant and significant weight too.

It’s hard to get authentic Sensi Seeds from seed re-sellers, but I’ve had good luck ordering from SeedMadness.com. Sensi Seeds was one of my first choices when I started growing marijuana, in part because of founder Ben Dronkers’ creativity as a cannabis breeder and marijuana activist. His Cannabis Castle, Hash and Marihuana Museum and hemp advocacy make him a well-respected marijuana hero who continues to craft quality cannabis seeds that delight marijuana growers worldwide. Marijuana seed breeders acknowledge that Ben Dronkers is one of a handful of people to revolutionize marijuana decades ago by bringing in new cannabis genetics from around the world. So grow Sensi Seeds genetics, and send us some pictures and strain reports.