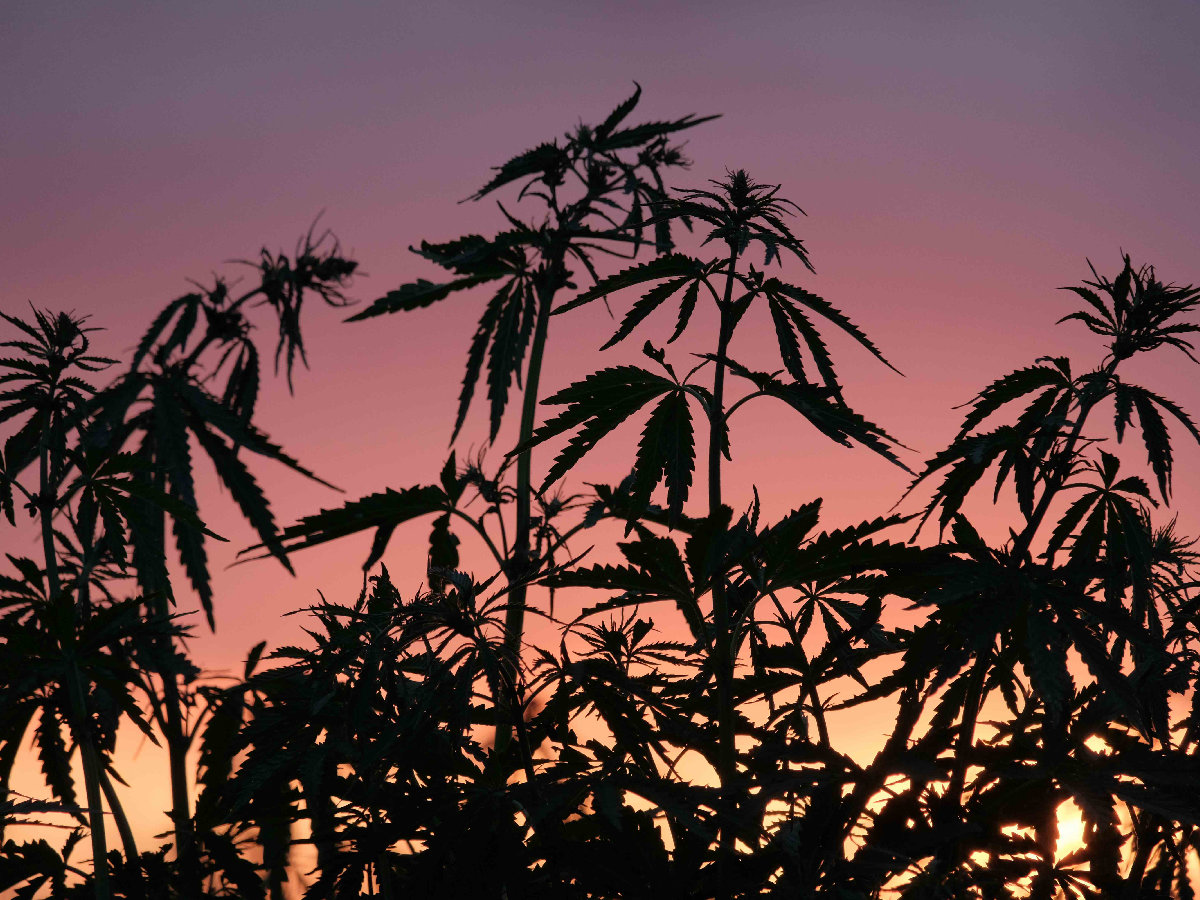 Summer is just beginning in the Northern Hemisphere and the mercury is already rising. If you’re currently growing traditional photoperiod cannabis strains outdoors, your crop should already be at least two to three feet tall, with plants properly established in their grow space.

Seeing as it’s the tail end of June, it’s now too late in the season to start new photoperiod seedlings or clones for outdoor growing and expect them to ripen properly before fall arrives. However, you still have time to plant autoflowering strains under the beating sun. And in some cases, they’ll be ready for harvest before your photoperiod plants are.

Let’s take a look at autoflowering strains growers have successfully cultivated outdoors to make the best of a short summer season.

DNA Genetics is one of a handful of reputable seed breeders creating autoflowering cannabis strains. Hailing from Amsterdam, DNA Genetics has won several prestigious High Times Cannabis Cup awards and is known for producing reliable seeds, with high germination rates that grow out true to phenotype.

Lemon Auto is a mostly indica autoflowering version of Lemon Skunk. It’s typically ready to harvest 65–70 days after germination, producing high resin content on buds that taste and smell like lemons and skunks. Lemon Auto has a very strong aroma, so if you’re worried about a telltale weed scent outdoors, you might want to pass on growing this one. 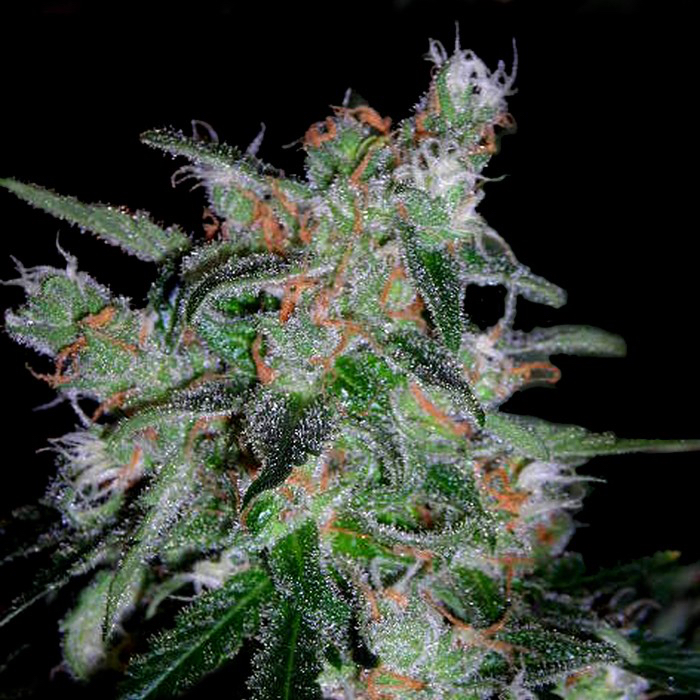 Sagarmatha Seeds is one of two legendary Dutch seed houses claiming to be the originator of the famous one-hit wonder otherwise known as AK-47.

AK-47 is a high-yielding strain with a unique bubblegum taste and smell, plus a knockout high. The yield and high have only been slightly compromised by Sagarmatha’s crossing of AK-47 with the all-auto Lowyrder strain to create AK-48.

Ready 8–9 weeks after germination, this autoflowering strain has more sativa and less CBD than you would usually find in autoflowering varieties.

One of Sensi Seeds’ most successful autoflowering experiments is Big Bud Automatic. It retains the indica purity that characterizes photoperiod Big Bud, as well as the heavy yield potential.

Although Big Bud Automatic flowers no matter what the light cycle is, it takes at least four weeks before it starts blooming, which is about two weeks longer than most other autoflowering cannabis strains.

After it starts budding, you only have 7–8 weeks before harvest time and, much like its photoperiod predecessor, you may need to cage, trellis or stake your plants to keep the aptly named big buds from breaking their branches.

This strain loves to grow outdoors during the hot summer months and is known for its generous resin gland production. Growers who love Afghani and Skunk cannabis flavors, highs and armomas will love Big Bud Auto, which has enough sativa overtones to keep the high from being too sedating. 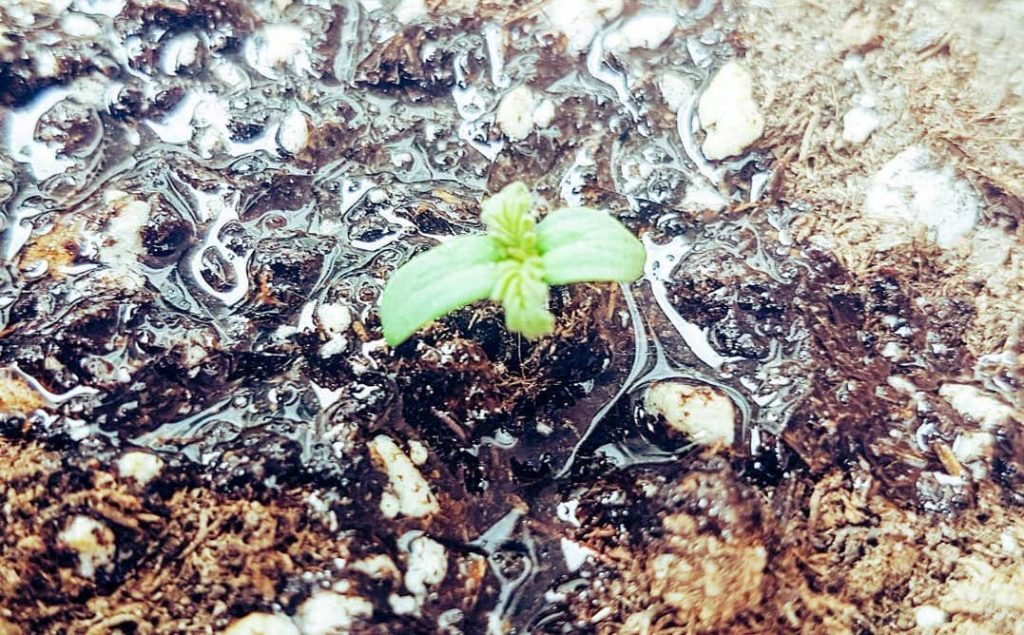 Some cannabis seed companies call strains “orange” because the bud hairs turn a bright, warm shade in late peak bloom. But a rare cadre of strains contain citrus terpenoids, so they smell and taste just like oranges, lemons or tangerines.

Xtreme Seeds Tangerine Auto is one of the tangerine varieties. It only takes 8–10 weeks from germination to harvest, and grows short and dense, with yields as high as 3-4 ounces per plant in ideal outdoor conditions. This strain produces a pleasant, mellow high rather than a couchlock effect, plus larger than average yields. 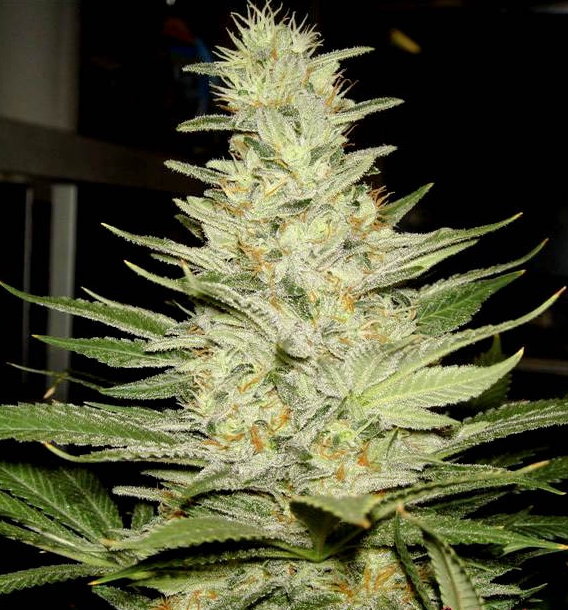 The name Lowryder is accurately descriptive of the strain’s tendency to grow like a creeping shrub rather than a vertical Christmas-tree-shaped crop, so it’s ideal for grow locations where under-the-radar stealth is required.

Growing Homegrown Lowryder will allow you to harvest sticky buds of relatively potent autoflowering cannabis within 10 weeks of germination.

Note that this strain prefers strong, direct light — and lots of it. I personally wouldn’t grow it in a guerrilla-style location, but rather, outdoors in a greenhouse so I can add several hours of artificial light to get its total light exposure to at least 18 hours per day, if not 20–24 hours, during bloom phase, which starts two weeks after germination.

I have a weak spot for big, beautiful, photogenic buds. Buds that develop purple, pink, scarlet, violet, red and orange floral hairs against a backdrop of dark-red or blue-tinted leaves are a joy to photograph, especially when your visuals are enhanced by cannabinoids.

The problem with loving beautifully hued buds is that their visual firepower isn’t always backed by their potency and psychoactive profile. Admittedly, I’m bored with Cherry Pie and most purple varieties because the high lacks head.

That’s why I was surprised to discover that Garden of Green Seedbank colorific Violet Kush is an especially high-yielding autoflowering cannabis strain that delivers a moderately strong recreational high.

The strain was created by mixing the usual ruderalis autoflowering genetics with photoperiod Hindu Kush and Purple Afghani until the breeders had a reliable autoflower that’s ready 75–80 days after germination and delivers an impressive Kush high. 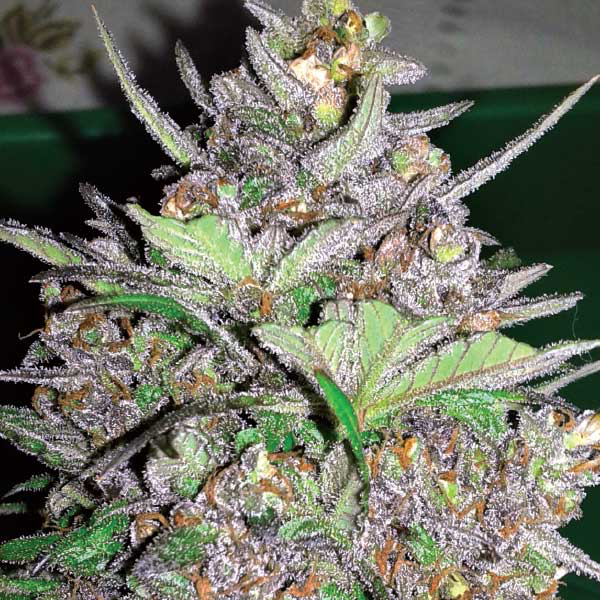 I love the name Smurfberry — who doesn’t love Smurfs? Seriously, though, this is about as close to Blueberry as you can get in autoflowering cannabis, except it has the ruderalis genetics to make it flower in its own time, plus a little sativa inserted for extra lift.

Smurfberry does extremely well outdoors in bright, strong sunlight, and the more hours of sunlight per day, the better. Additionally, you can harvest at just 50–57 days after your Smurfberry seeds germinate!

Indeed, Humboldt offers an impressive menu of photoperiod and autoflowering cannabis strains you can’t get elsewhere.

Bubba Cheese is one such auto strain that outdoor growers particularly enjoy because its genetics include an old-school, rare Bubba Kush lineage coupled with Exodus Cheese, the latter of which used to be a clone-only strain, but was converted into photoperiod seeds by Green House Seed Company.

Exodus Cheese has distinct phenotypic variation that transfers into Bubba Cheese autoflowering, so you’re likely to get indica phenotypes ready for harvest within 65 days after germination, along with sativa phenotypes that take 70–75 days from germination before they’re ready to cut and dry.

However, there are two caveats with this strain. One is that it emits a pervasive Kush and Cheese smell that disqualifies it as a balcony or backyard plant for growers who have potentially nosy neighbors.

The second caveat is that it may attract gray mold (botrytis) or powdery mildew. Otherwise, this autoflowering strain delivers potent buds in a short time, and has been known to test as high as 19.5 percent THC.

Dinafem is one of the oldest and most respected autoflowering seed companies in Europe, and this continental location gives Dinafem access to photoperiod cannabis breeding stock from respected and lowkey European breeders.

Having sourced a strain called Critical Mass, Dinafem then combined it with Jack Herer and other sativa strains, along with ruderalis genetics, to create Critical Jack Autoflowering. Because of its sativa lineage, Critical Jack takes longer to finish than most other autoflowering strains, and is ready for harvest 70–90 days post germination. If grown in bright sunlight with long day length, Critical Jack is a moderately high yielder.

If you love Diesel cannabis and want to grow a fast crop, Double Diesel Ryder is your quick ticket to paradise.

The diesel and sour smells, tastes and highs associated with photoperiod Diesel cannabis are front and center with this speedy strain, which is ready for harvest 8–9 weeks after germination.

Sagarmatha always throws some twists into its breeding program, and this strain includes Afghani, Chemdawg, Diesel and Hawaiian genetics, along with Lowryder autoflowering inputs.

My grower friends in locations where it’s cold, windy, rainy and foggy year-round insist that Double Diesel Ryder performs well for them.

Autoflowering cannabis cultivated outdoors is unlikely to grow as tall as photoperiod cannabis plants and will finish sooner, which is good news for those among us who are security minded.

The ruderalis genetics of autoflowering cannabis means such strains are more resilient than photoperiod ones, a benefit for outdoor growers whose crop endures harsher weather conditions than plants grown indoors.

Because autoflowering cannabis has a very short grow phase and spends most of its life in bloom, it needs a different nutrient program than photoperiod weed does.

If you’re able to make daily or weekly visits to your outdoor plants, use a grow-phase nutrient program such as Sensi Grow pH Perfect for the first 2–3 weeks after germination until your plants starts flowering.

Don’t overfeed your seedlings. In the first week, I recommend a nutrients concentration of less than 400 parts per million, which is approximately a quarter of the recommended full dose. When your autoflowering plants grow five or more sets of true leaves, increase nutrient concentration as much as possible, being careful to pay attention to signs of burnt leaf tips, which indicates nutrient concentration is too high.

When your autoflowering plants start flowering, switch over to Sensi Bloom pH Perfect, but also include high-nitrogen supplements B-52 and Sensi Cal-Mag, along with bloom boosters such as Big Bud, Nirvana, Bud Candy and Overdrive during appropriate weeks of bloom phase. In both grow and bloom phase, also use organic Mother Earth Super Tea.

If you can’t get to your plants often or at all until harvest time, mix moderate amounts alfalfa meal, earthworm castings, kelp, fish emulsion, blood meal and bone meal into your root zone at time of planting. Your goal is primarily to provide slightly more nitrogen than you’d normally provide throughout the crop cycle. Autoflowering plants in bloom phase are still building stalk, stems and leaves as they would in grow phase, and added nitrogen supports this growth.

Autoflowering cannabis is easy to grow, fast finishing, and requires no artificial control of light cycles to produce plants that can easily handle harsh outdoor conditions.

My primary reason for growing autoflowering cannabis isn’t to produce buds for vaping or combusting, but for making dry sift, bubble hash or concentrates.

So, if you missed out on getting photoperiod crops planted outdoors this season, you still have time to grow these autoflowering cannabis strains and get a healthy harvest before the cold weather sets in.